Adelaide company Fleet Space Technologies will develop what it says is the world’s first constellation of fully 3D printed satellites with the first satellites ready for launch in 12 months.

Fleet’s nanosatellites are combined with ground-based networks, providing industries a cost-effective way to access information from their IoT-enabled devices where cellular networks are unavailable.

Friday’s announcement follows a recent $36 million Series B investment round, which Fleet says will to expand its coverage reach and provide down to sub-second latency, providing an extremely cost-effective means to unlock unprecedented connectivity more quickly and in more locations, however remote.

The Alpha constellation will sit alongside Fleet’s existing Centauri network of six satellites, each about the size of a shoebox, that have been launched to orbit progressively since November 2018.

“This includes a world-first in metal 3D-printing patch antennas for small satellites,” she said.

“This proves the company’s approach and the robustness of the technology for much wider use.

“Indeed, Alpha satellites will have up to 64 of these antennas on board versus only four in the Centauri 4. This represents a 16-fold increase in performance while being only four times heavier.”

Fleet Space Technologies claims to be Australia’s leading space company with a total value of $171 million ($US126 million).

The company is also leading the Seven Sisters’ Australian space industry consortium in support of NASA’s Artemis program to land the first woman and next man on the Moon by 2024 and create a sustainable human presence for later crewed Martian exploration.

Commencing in 2023, the Seven Sisters missions are designed to find accessible water and other resources on the moon. 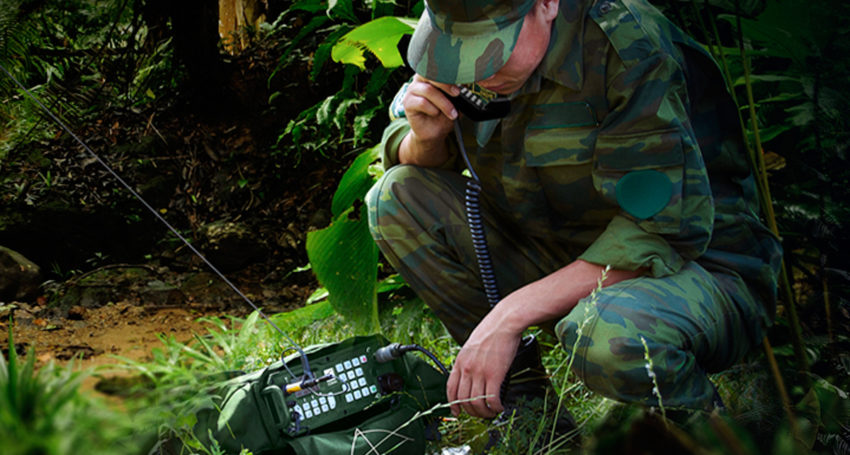 Codan has continued its buying spree of communications companies with the acquisition of an announcement it has acquired  UK-based Broadcast Wireless Systems Limited for up to $8.5 million.

The Mawson Lakes company announced to the Australian Securities Exchange last week that its recently acquired subsidiary Domo Tactical Communications (DTC) had purchased 100 per cent of the shares in Broadcast Wireless Systems from its founders through Codan’s existing debt facility.

The acquisition consists of an upfront payment of $3.7 million, with the possibility of an additional payment of up to $4.8 million if certain earn-out targets are achieved over three years.

“The quest for improved production quality, cost efficiencies and the challenges caused by the pandemic are fuelling the transition of broadcasters to adopt remote production capabilities and the combined offering of DTC and

“DTC’s customers will now be offered a low-latency, high-performance solution which has been validated in critical and challenging operations such as the opening ceremony for the Olympic Games in Japan and some of the world’s most prestigious and demanding motor racing events.”

The latest acquisition follows Codan’s purchase of US companies DTC and Zetron this year for a combined total of more than $170 million.

In its statement to the ASX last week, the company said the two US companies were making good integration progress and remained on track to deliver earnings targets.

“While this (BWS) acquisition is not of the same scale, it is strategically important, as it broadens DTC’s technology offering and enables access to the growing remote broadcast industry more quickly than developing this technology internally,” the company said.

Codan produces hand-held metal detectors and designs and manufactures communications systems. It announced a record net profit after tax of $90.2 million for the 2020-21 financial year.

The result followed a period of booming sales and acquisitions and surpasses its previous record profit of $64 million, which it posted 12 months ago and included full-year sales of $437 million, also a record.

Codan has a market capitalisation of about $1.76 billion and was ranked No. 7 in InDaily’s 2021 South Australian Business Index of the state’s top 100 companies.

A $40 million health and education hub will be built next to Lyell McEwin Hospital as part of a collaboration between South Australian aged care organisation ACH Group, Northern Adelaide Local Health Network (NALHN), University of South Australia, and Playford Council.

Known as Healthia, the 15,000sq m hub will include a 96-place residential care home comprising eight small-scale homes, each with 12 private rooms.

The development on the corner of Mark and Coglin roads, Elizabeth South is expected to create up to 180 jobs during construction and a further 66 ongoing jobs in the northern suburbs.

Construction will start this month with the first residents set to move in around June 2023.

The design incorporates findings from the Royal Commission into Aged Care Quality and Safety and claims it will be Australia’s first residential care home purposely built to limit the spread of infectious viruses such as COVID-19.

Infection prevention measures include mechanical systems that increase the provision of fresh air to indoor areas and minimise recirculation and the spread of air droplets.

Each bedroom will have direct access to the outdoors, and living and dining areas will be more spacious for greater social distancing.

UniSA will co-locate with a general practice and student-led allied health clinic open to the public on a full-time basis on weekdays.

“Healthia will improve the health and lifestyle outcomes for Adelaide’s northern community and reimagine residential aged care,” he said.

“Within each home there are spaces you typically see in every house, including a kitchen for residents to prepare and cook meals in, and a dining room and living area to come together in.” 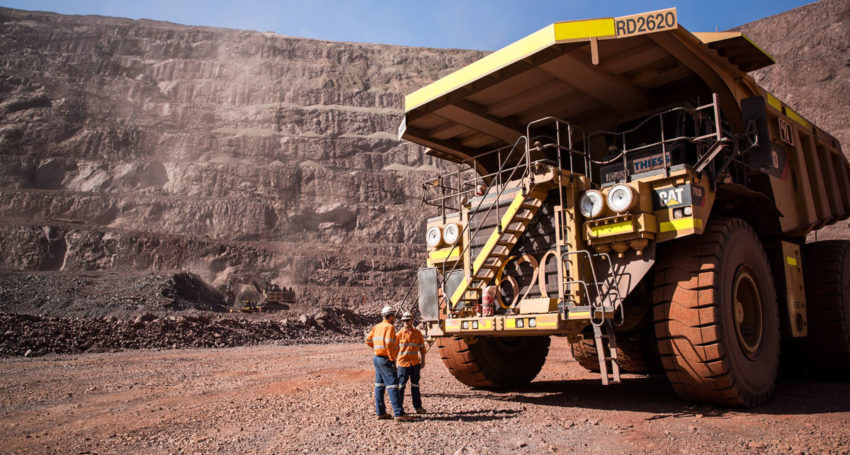 Major SA miner Oz Minerals has established a farm-in joint venture with Adelaide-based Minotaur exploration worth up to $10 million to ramp up the search for new copper-gold deposits west of Lake Eyre.

The first mover exploration opportunity will search for new base metal discoveries at the Peake and Denison project about 750km north of Adelaide.

The 2500sq km site is to the north of William Creek and west of Lake Eyre on the edge of the Gawler Craton.

Preparations for access to the site are complete, including aboriginal cultural clearances in collaboration with Arabana traditional owners and drilling is planned to commence before the end of March.

The JV with Minotaur requires Oz Minerals to invest $869,300 on exploration in the first year and it may earn an initial 51 per cent tenement interest by sole funding $4 million through the next three-year period.

Oz Minerals may then earn an additional 19 per cent interest with a further stage 2 investment of $3 million in years five to seven giving it a maximum interest of 70 per cent over seven years for a total of $10 million.

“The working relationship (is) enduring across many years and we welcome their new involvement,” he said in a statement to the ASX last week.

“The project is a true frontier exploration play that covers most of the prospective Peake and Denison inliers, providing ready access to a large, poorly explored terrain.”

Mission grants of up to $10 million for space startups

Small and medium space startups will be able to access up to $10 million in federal funding to help launch their technology, grow the local sector and create jobs.

Round two of the Demonstrator Program under the Moon to Mars initiative will see companies able to apply for “mission grants” of between $750,000 and $10 million from a total $41 million grant pool.

South Australia is playing a major role in Australia’s emerging space industry, which the federal government aims to grow into a $12 billion industry and create up to an extra 20,000 jobs by 2030.

Adelaide is home to the Australian Space Agency, Mission Control Centre and dozens of space startups.

Australian Minister for Science and Technology Melissa Price said the grants would help more space businesses develop the experience they need to compete on the international stage.

“These investments will position Australian space companies to be able to play a part in future space missions, including NASA’s efforts to go to the Moon and beyond,” Minister Price said last week.

“The more Australian technology we can help launch into space, the more the global space community stands up and takes notice of our businesses and researchers.”

“Supporting Australian companies to develop their space experience is essential for them to break into new markets and supply chains – which in turn will draw more investment into our country to grow our economy and create more jobs.”

Earlier this year, round one of the Demonstrator Program saw 20 projects receive up to $200,000 each for their feasibility studies.

Round two of the program is expected to open to applicants in early 2022.

Companies will also need to contribute at least 25 per cent of the mission’s costs. 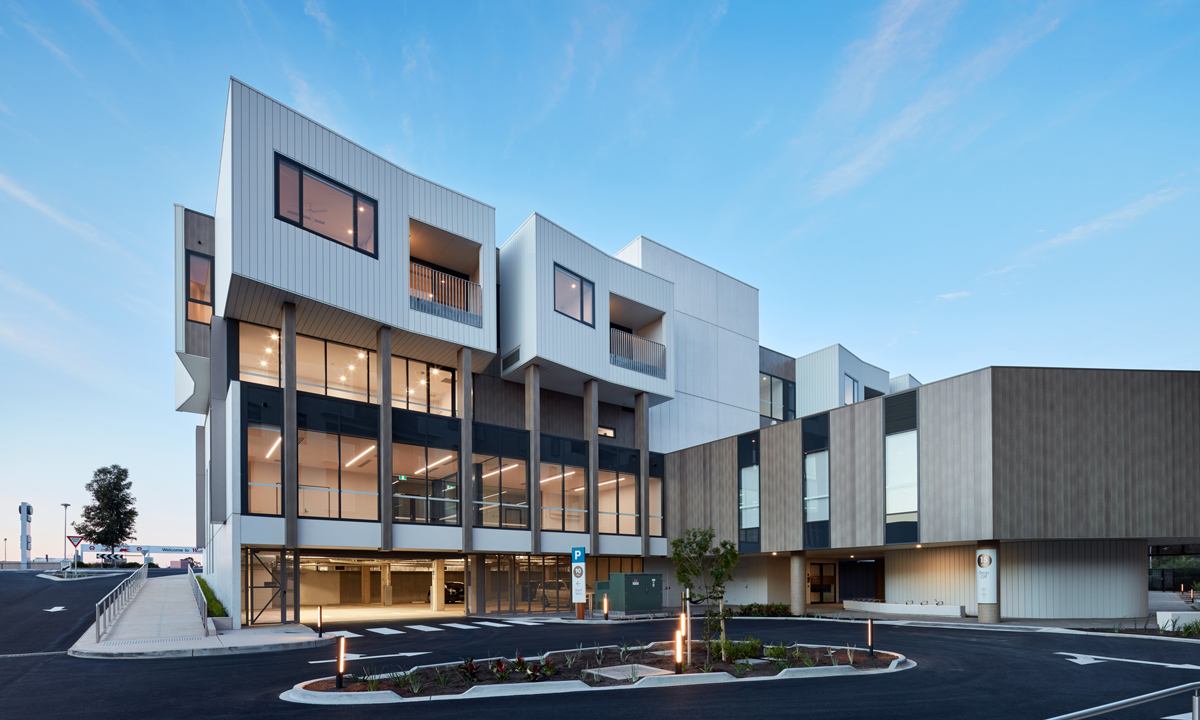 There is also an onsite gym, cafe, community hall and community garden.

About two-thirds of the apartments are under contract.

The contemporary village also incorporates dementia-friendly design principles such as appropriate colour schemes and textures to enable people living with dementia to age in place.

ECH Chief Executive Dr David Panter said after a two-year build, he was thrilled to officially welcome residents to their new homes.

“As a society, we need to move away from the typical model of retirement living and develop new ways for people to live independently that positively impact their overall health and wellbeing,” he said.

“Our aim was to avoid hotel-like corridors, so each apartment includes a front porch and screen door to ensure the village has a neighbourhood feel.”

ECH is a not-for-profit provider of services that promote self-determination and enables people to have the best life possible as they age.

It supports more than 15,000 people and employs more than 650 staff, including home support workers, nursing, allied and other health professionals, maintenance teams and administrators.