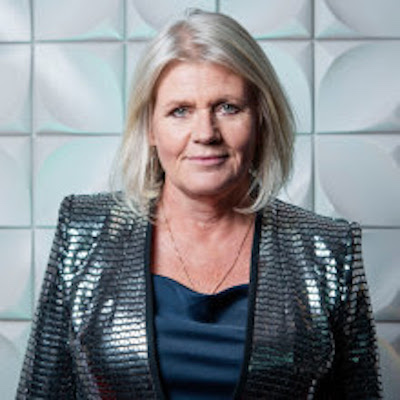 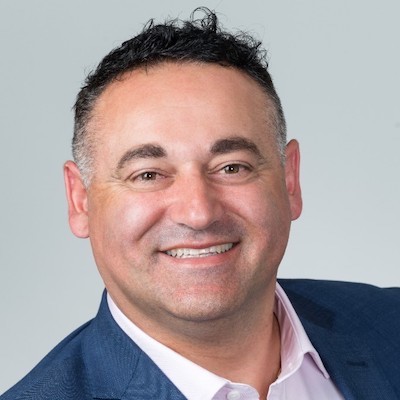 ASX Director clocks on at Tic:Toc

The Sydney-based non-executive director, who is already Chair/President of four other organisations, takes over from prominent South Australian Director Con Tragakis.

His replacement is currently Chair of the federal government’s Digital Skills Organisation, the Harrison Riedel Foundation and global networking association Advance.org. She is also Acting President of the Australian Takeovers Panel.

Those leadership roles come alongside her ongoing board appointments with the ASX, Santos, hearing implant manufactures Cochlear, The National Portrait Gallery in Canberra and The George Institute for Global Health.

“With Yasmin, Tic:Toc is bringing on a Chair who not only brings extensive and industry-specific experience to the role, but careful judgement and strategic wisdom that will add tremendously to our board as we move into a new growth phase,” Baum said.

Baum also thanked Tragakis, a former State Chairman of KPMG, for his “integral” role in supporting Tic:Toc in its early years.

“Under Con’s stewardship, Tic:Toc has seen enormous growth,” he said.

“Con remains a valued shareholder and on behalf of Tic:Toc I wish him all the very best for the next chapter of his professional life.”

He is also the Founder and Director of construction and funds management firm Storage Investments Australia. 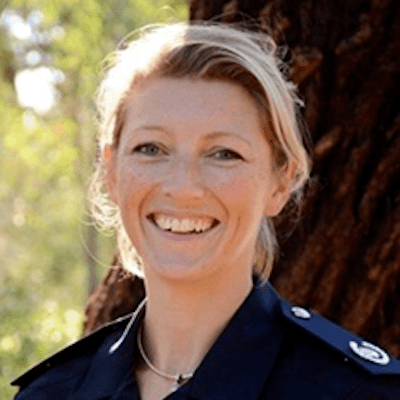 Educated in Tasmania, Cornish first joined the CFS in 2015 as Director of Operational Capability and Planning and later gained promotion to the rank of Assistant Chief Officer.

She then led South Australia’s response to the 2019/20 Black Summer bushfires as the Department of Premier and Cabinet's Director of State Disaster Recovery before returning to the CFS in January this year.

Chief Officer Mark Jones said Cornish has “proven to be a huge asset to our service over the last 12 months and very successfully acted as Chief Officer during my recent absence”.

"She is widely respected in the Emergency Management sector and will add considerable value to the CFS and the state in her new role,” he said.

Cornish was also earlier this year appointed to the board of the National Council for Fire and Emergency Services.

Prior to moving to South Australia in 2015, she spent close to 12 years with the Australian Department of Home Affairs in Sydney, first as Operations Manager, Intelligence and Security, and later as Operations Adviser in the same division.

Commenting on her CFS promotion, Cornish said she “[looked] forward to becoming even more connected and collaborating with people and groups to shape stronger and more resilient communities in the face of, and the aftermath of, disaster”. 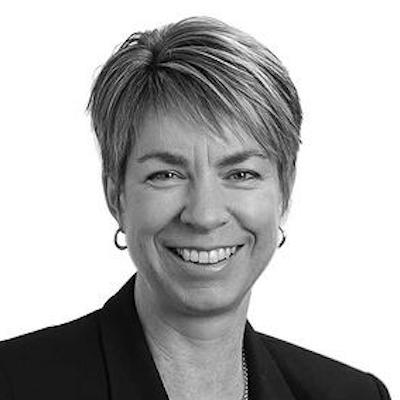 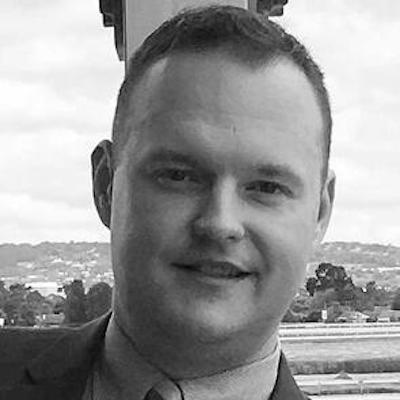 The Urban Development Institute of Australia (SA) has appointed Rachel Elliott, David Cargill and Lisa Harrington to their Executive Council.

The trio joined the property group’s 17-strong board at the UDIA’s 50th Annual General Meeting earlier this month.

Elliott is the Director of real estate valuation and services firm m3property and has more than 30 years of experience in the property valuation industry.

Her new council role with the UDIA comes alongside her ongoing board appointments with both AngilcareSA Housing and Investigator College, the latter of which she is Chair.

Meanwhile, Cargill is already a member of the UDIA’s Urban Infill and Capital City Development Committee and is currently working as Development Manager at residential and commercial property developers Delta Projects.

Touted as a specialist in medium to high density residential infill, his more than 10 years in the development industry has seen him take on roles with Harcourts Brighton and SCOPE Development Solutions.

He joins the UDIA Executive Council alongside Lisa Harrington, who is the co-founder of corporate and commercial law firm Oak Law, where she works on acquisitions and land divisions.

Ninti One Limited (Ninti) works with communities and relevant agencies to achieve social and economic development outcomes with Aboriginal and/or Torres Strait Islander peoples. Since its establishment in 2003, Ninti has been building opportunities through research, innovation and engagement in Australia – and more recently in a range of sectors across the Pacific and Asia. Ninti has offices in Adelaide and Alice Springs and staff and associates based in other States and Territories.

Reporting to the Managing Director and overseeing a dedicated team, the newly created role of General Manager Business Development will lead the Business Development Team and work with other function areas of the business to win funding to allow further growth and to increase impact. Applications are sought from professionals with demonstrated experience in winning tenders, attracting government funding and contributing to business growth. A background in commercial consulting, a comparable NGO/NFP environment or international development involving multiple partners and other stakeholders will be highly regarded.

Reporting to the new General Manager Business Development, the Partnerships and Growth Lead will help drive market-facing activities to grow revenue and build opportunities with and for Aboriginal and Torres Strait Islander people and communities. Candidates will have a positive, professional and hands on approach to business development ideally gained from commercial consulting, bid management, international development or a comparable NGO/NFP environment. This position will suit either an emerging or proven business development professional.

Ideally based in Adelaide, alternative locations may be considered in order to secure a high calibre candidates.

The Julia Farr Housing Association (JFHA) was established in 1999 to provide community housing for people living with disability. JFHA is a contemporary social enterprise and passionate about ensuring that homes uphold tenant control and choice, and set the scene for taking up valued membership in community life. Reporting to the CEO, the Strategy Leader is primarily responsible for the development of new housing stock and the renewal/refurbishment of existing stock as well as its ongoing management. JFHA is looking for an experienced professionals ideally (but not necessarily) with a good working knowledge of social housing and/or the NDIS. Candidates from a diverse range of professional backgrounds are still encouraged to apply if transferable skill sets and experience exists. 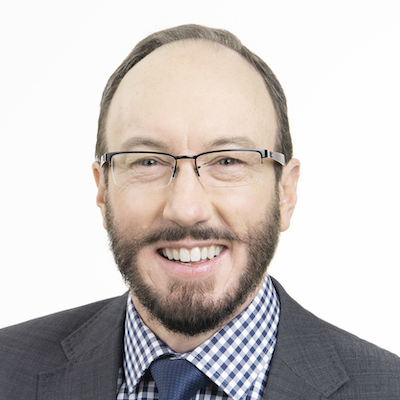 The Executive Hub is an amalgamation of networking/mentorship organisation The Executive Roundtable and consultancy firm SA Business Advisory Service.

Both are located in Tonsley and directed by Phil Ransome, who is Managing Director of the new venture.

“Our collective purpose is to improve lives through business and Mike will give us enhanced advisory capability, especially with his background in finance and strategy,” Ransome said.

Rowe has spent his last six years in Adelaide, first as Director of Business and Commercial Advisory at Deloitte and then later as CEO of accounting firm HLB Mann Judd.

From 1995 to 2015, he worked across the UK, Ireland and US in various senior roles including Group Financial Controller at the World Insurance Network, CFO of Virteco Consulting and finance manager at financial services multinational Rabobank.

He started his career as a Chartered Accountant with KPMG in Adelaide.

Already a Senior Partner at the SA Business Advisory Service, Rowe said he was excited to be “building an innovative business model that focuses on the client experience”. 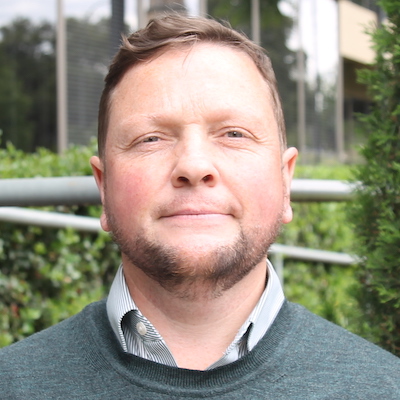 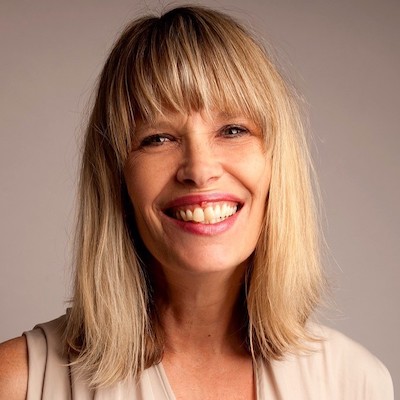 The Women’s & Children’s Hospital Foundation has appointed Paul Morton as Head of Fundraising.

His career in the not-for-profit sector has seen him take on fundraising and partnership roles with AnglicareSA and The Smith Family, as well as a short stint with employment agency Hays as a Senior Consultant.

His new role at the WCH Foundation will see him responsible for leading the organisation’s fundraising team and contributing to their marketing and branding strategy.

WCH Foundation CEO Jane Scotcher said Morton’s “extensive background in the not for profit environment working closely with donors for well over ten years will be invaluable as we move towards a new Women’s and Children’s Hospital and embrace the changes that project brings”.

Morton replaces former Head of Fundraising Corinne Habel, who held the role since 2017.

She left the foundation in October for a move to Sydney where she is now Head of Fundraising at ChildFund Australia. 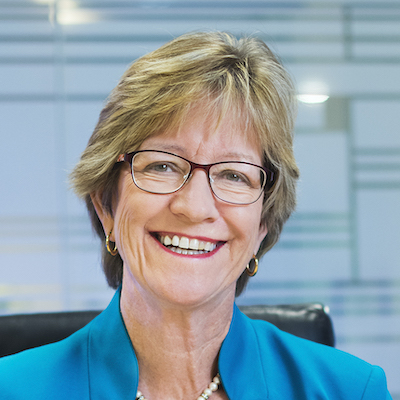 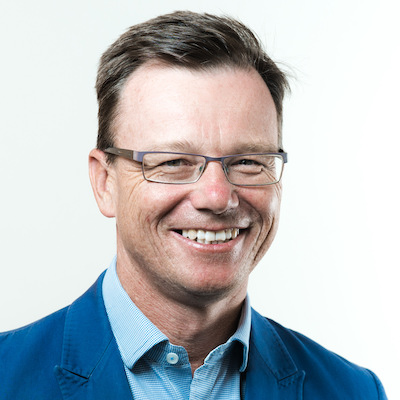 COTA brings in a Cannon

Council on the Ageing SA has appointed Alexandrea Cannon, Tony Catt and Justin Lynch to their board.

Formerly the inaugural Chair of Credit Union SA, Cannon’s latest board appointment with COTA comes alongside her current roles as Chair of UniSA’s Business MBA Advisory Group and the SA Tertiary Admissions Centre.

Despite stepping aside from the Credit Union board in October, she remains a Facilitator with the Australian Institute of Company Directors and runs her own consultancy firm Bizbuild.

Meanwhile, Catt is the Director of Norwood-based financial advisors Catapult Wealth and a self-managed superfund adviser. 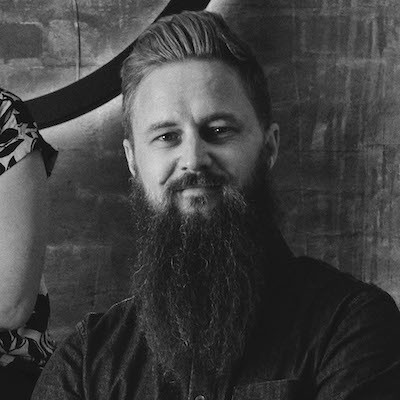 Brz has been with the independent firm since 2016 and has enjoyed a 20-year career in graphic design and marketing across Sydney, London and Adelaide.

The UniSA graduate has worked for several agencies including Lamrock Creative and Hybrid Advertising and Marketing. He is also a former leader of Award School in South Australia – a 12-week creative marketing course for new entrants into the industry.

At NATION, Brz has worked on campaigns for SA Power Networks, SA Police, the Australian Space Agency and Visit Canberra.

CEO and Co-Founder Greg Knagge said promoting Brz and offering him a share in NATION’s ownership was the “natural next step for our business”.

“Nick has made an enormous contribution to the success of NATION and has emerged as an integral leader in our business,” Knagge said.

“Having Nick as a partner in the business only strengthens our leadership for the future.”

Founded in 2012, NATION employs 24 staff across two offices in Adelaide and Canberra. 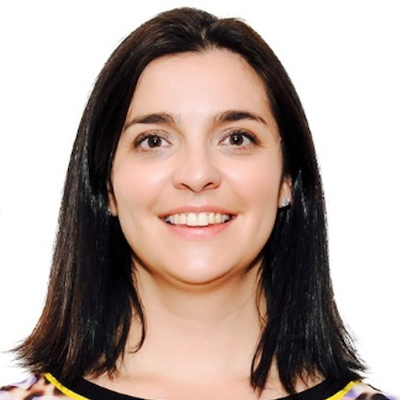 Fiene has been with ANZ her whole career, joining the bank in 2003 as a graduate assistant in Wollongong and working her way up to Private Bank Servicing and Support Lead in Sydney.

Her career with the banking multinational has seen her take on frontline sales roles in health, property and agribusiness, with a five-year stint as a Regional Executive on the NSW South Coast.

Still based in Wollongong, her move to South Australia will see her replace a vacancy left at ANZ by Brendan Rinaldi, who has since moved on to become ANZ’s Head of Health, Corporate and Institutional Banking.

It comes after ANZ earlier this month welcomed back investment manager Brian Ingham to its SA branch. The senior funds executive had spent two years in the bank’s Melbourne Chief Investment Office. 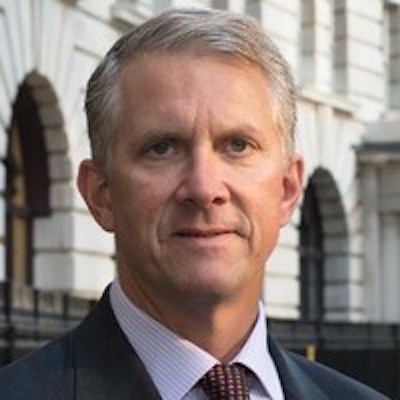 MyVenue’s Adelaide-based CEO Tim Stollznow said McCullough would “play a significant role” for the company given his “extensive network of relevant industry contacts”.

“Pat’s deep knowledge of point-of-sale technology coupled with his energy and passion for the hospitality sector will be a great benefit to MyVenue customers around the world,” Stollznow said.

MyVenue, founded in 2017 and based in Lot Fourteen and Denver, is a mobile app that allows pub patrons to order food and beverages from their seat.

The company's technology is currently available in one US stadium: Legends Field Kansas City, a 12,000 seat minor league baseball and women’s soccer stadium. 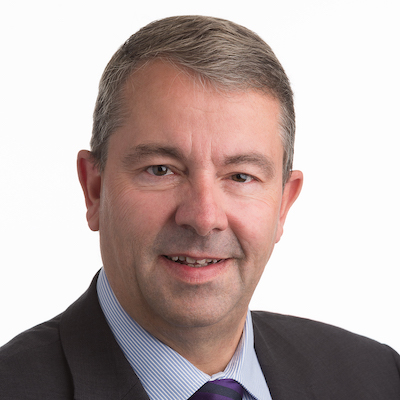 Hart is currently Executive Chairman of the Australian Chamber of Tourism and Executive Director of consultancy firm Business Group Australia.

He also sits on the board of Tourism Australia and led Restaurant and Catering Australia from 1999 to 2020.

“The current difficult economic climate requires Australian Grape and Wine to advocate strongly for the sector and I look forward to working with John to promote the sector’s interests,” Battaglene said.