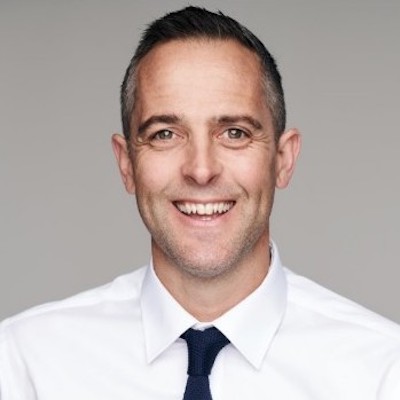 Thompson has been with the young South Australian real estate company since October last year when he was appointed inaugural COO.

That came after 15 years in the recruitment industry with talent management company Hudson, which included a seven-year stint as South Australian General Manager.

His one year with Ouwens Casserly has seen him undertake a series of “efficiency initiatives”, including the implementation of a paperless listing to settlement process and a raft of new supplier partnerships.

A Masters of Business Administration Graduate, his new CEO role will see him working with the real estate firm’s advisory board and leading the company’s Marketing, Operations, Finance and People and Culture divisions.

“John’s wealth of experience, combined with his transparency and approachable attitude make him the perfect CEO for Ouwens Casserly,” he said.

“John has already proven his outstanding capacity to lead OC through a strong growth phase, simultaneously developing our new business plan to drive OC into the next chapter of our story.”

Casserly also said the CEO promotion would give him and fellow Managing Director Alex Ouwens more time in the marketplace with their sales and property management divisions.

Founded in 2014, Ouwens Casserly has grown to more than 100 employees and sells more than 1000 homes every year, the company says, with nearly 1700 investment properties currently under the firm’s management. 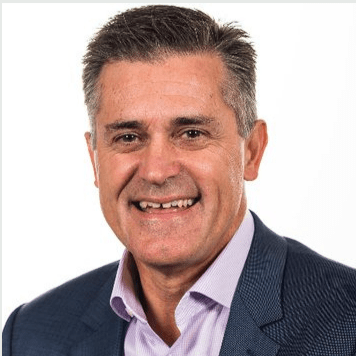 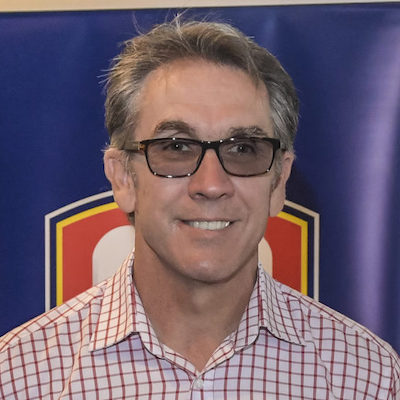 Burton, who played 117 games for the Roosters from 1987 to 1992, is currently serving a contract position with Alexandrina Council as Transition Project Manager, Visitor Services, and is the owner of marketing and communications consultancy firm Burton Business Solutions.

Prior to joining the southern council, he was Manager of City Growth with the City of Adelaide and Marketing and Communications Manager with Investment Attraction South Australia.

His comms career has also included stints with the Adelaide Football Club, Coopers Brewery and Lion Co. Burton is also a Board Member of Surf Life Saving South Australia.

“Recognised for his outstanding leadership, communication and relationship management skills, we look forward to welcoming Craig back to the North Adelaide Football Club,” Souter said.

Burton is scheduled to take over as CEO on Monday, November 8. 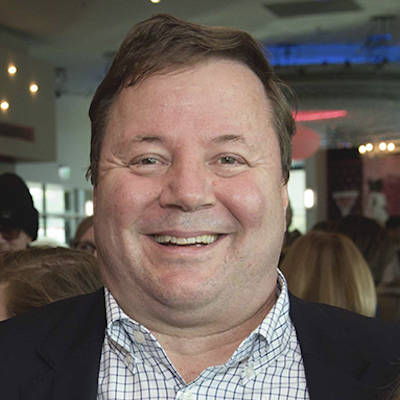 Daniels was first appointed to the ASO board in 2018 and has been serving as interim chair for three months.

His permanent promotion follows former Chair Kate Gould’s decision in August to resign at the end of her three-year term – citing complications with domestic border closures.

He also currently sits on the board of disability services organisation Novita, a directorship he has held since 2014.

ASO Managing Director Vincent Ciccarello, one of seven members of the orchestra’s board, said Daniels has been an “invaluable resource” during his time with the arts organisation.

“He brings substantial business acumen and outstanding professional and community credentials to the ASO,” Ciccarello said.

“We are delighted that he has now formally taken up the role of ASO Chair.” 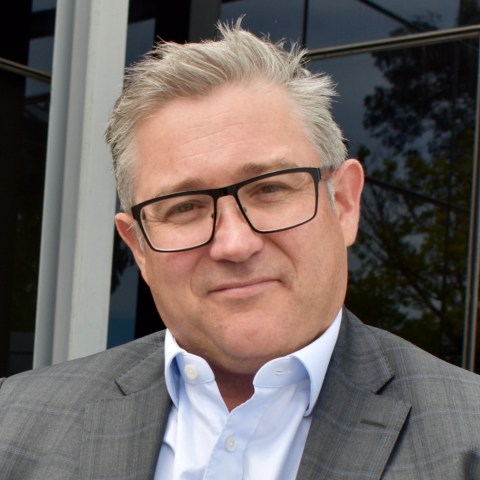 The Norwood-based freight company, which has two centres in Adelaide and 13 depots across Australia, said Rogers would bring “valuable expertise” in commercial and financial management to Northline as it nears 40 years in business.

The experienced executive spent more than eight years as Chief Financial Officer and Company Secretary of Nobles from 2013 to 2021 and is a member of both the Institute of Chartered Accountants and Governance Institute of Australia.

He also spent time as Vice President of Finance and Commercial with hose suppliers Dixon, as well as senior roles with packaging company Detpak and consultants PwC.

“Adam will be a strong addition to Northline’s executive team, and I look forward to working with him and the team as we expand our operations and services in key Australian and global markets,” Northline CEO Craige Whitton said.

It is the second key appointment for Northline this year after the company brought on Former Adelaide City Council Executive Vanessa Godden in June as their inaugural head of Human Resources.

A rare opportunity has arisen to join lending provider HomeStart Finance as the Chief Financial Officer. This role is open due to the recent promotion of the previous incumbent, Andrew Mills, to the CEO position. The CFO is responsible for leading and developing the financial, information services, analytical, business intelligence and treasury functions for the organisation. The role also oversees the fiscal and fiduciary responsibilities of the organisation in conjunction with the CEO, the Board and its associated sub-committees. Applications are welcome from proven senior finance executives with CA/CPA qualifications. Corporate governance experience including interaction with Board and Audit Committees is advantageous, while experience in the financial services sector may be an advantage but is not essential.

The SA Attorney-General’s Department (AGD) provides a range of legal, regulatory and other services for the Government and people of South Australia. Reporting directly to the Chief Executive, the responsibilities of the Executive Director - Projects and Technology include leading a diverse range of technology-driven functions within AGD, including ICT Services and innovation projects, modern workplace data and infrastructure initiatives, technology reform projects and public safety solutions, such as the Government Radio Network. Other duties include acting as the Chief Information Officer and providing high-level advice and support to the Chief Executive, relevant Ministers and other key leaders on strategic and critical operational matters, including cyber security. The AGD is looking for a highly accomplished professional with demonstrated experience leading the delivery of quality customer focussed IT projects and solutions across a large, diverse and complex environment. The ability to develop effective networks and relationships across government agencies is critical.

Polyaire Pty Ltd is an international leader in the HVAC sector and is the only truly national manufacturer and distributor of air conditioning products. With significant turnover and approximately 250 staff, it now seeks to appoint an experienced ERP Project Manager to oversee the transition of software upgrades to meet the growing business needs. Working closely with the Managing Director and overseeing a team of two, this hands-on role will be responsible for managing the ERP project delivery towards the go-live stage and building and improving the usability and functions of the ERP system afterward. Applications are encouraged from IT savvy project managers with demonstrated experience in delivering ERP upgrades and rollouts. A sound understanding of current reporting and analysis tools will be well regarded, ideally complemented by experience in mainstream ERP programs such as SAGE or EPICOR.

A highly respected independent school is looking for an ELC director for its sizeable, established centre. Reporting to the Head of Junior School, the ELC Director will lead and manage both the educational outcomes and the day-to-day operations for the Centre. The Centre operates on a community learning, research-based model in which children develop belonging relationships with their educators and their peers and flourish in social and emotional skill development. Key areas of responsibility for the Director include strategic and operational advice to the school leadership and leading, mentoring and developing staff. Applications are encouraged from experienced ELC managers with an understanding of the Early Years Framework and National Quality Framework together with knowledge of contemporary curriculum, educational and pedagogy trends.

Warren was admitted to the legal practice in 1994 and specialises in personal injury litigation and industrial/employment law.

Working within the Carrington Chambers in the Adelaide CBD, he regularly appears before the Adelaide Magistrates Court and has also appeared in the Federal Court.

Meanwhile, O’Leary was admitted to the profession in 2007 and specialises in native title, discrimination, migration and workers compensation law.

Practicing in public law, general commercial law and civil disputes, he has also previously appeared before the Federal Court and the High Court as a Junior Counsel for the Commonwealth.

Chief Justice Chris Kourakis congratulated Warren and O’Leary for joining the rank of those in the profession who “adhere to the highest standards of legal excellence and integrity”.

“The appointment of Senior Counsel is a significant event for the successful applicants, for the legal profession and the South Australian community,” Kourakis said.

“They have earned this recognition through the diligent performance of their duties to the Courts and their clients.” 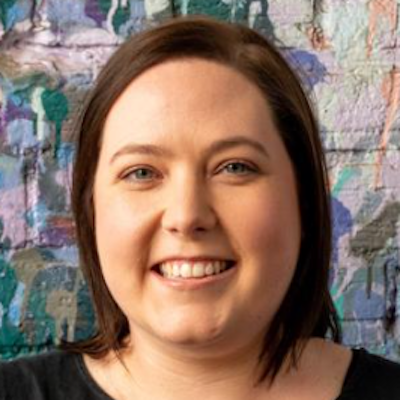 Walker joins the creative studio after a six-month contract position with the City of Adelaide as Marketing Business Partner and an eight-month stint with Uniting Communities as Marketing Project Adviser.

She has also held various senior marketing roles in Adelaide with Cancer Council SA and Baker Marketing, while also spending time in the UK in 2018 and 2019 as a marketing and account manager.

Her move to KWP! comes amid a flurry of appointments for the Rundle Street firm, who have brought in Ella-Maude Wilson as Integrated Creative, Renee Quinn as Front-end Developer, Emma Hockey as Digital Account Manager, Danielle Ng as Front of House and former Glam Adelaide Journalist Jason Kemp as Social Media and Digital Media Executive.