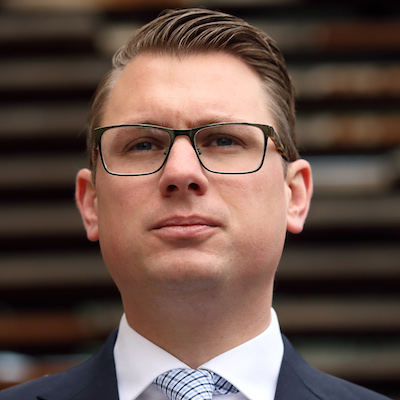 The former Transport, Infrastructure and Planning Minister in December flagged his intention to retire from politics after next year’s March state election.

Founded in 2014, Opsys (Operational Systems) run the two largest cybersecurity centres in South Australia and have offices in New Zealand and Singapore.

The firm provides cloud and cybersecurity services to companies ranging from five to 25,000 employees and was the first in Australia to offer the enterprise-grade FireEye Helix security platform to small and medium-sized businesses.

“Cyber Security is a key growth industry around the globe and I am looking forward to working with a leading innovator in this space to cement South Australia’s reputation as the natural home for cyber,” Knoll said.

“OpSys have an impressive capability and a strong foundation for growth across a variety of sectors."

Before being elected to state parliament, Knoll was General Manager of his family’s business, Barossa Fine Foods, from 2004 to 2013.

OpSys Managing Director and InDaily 40 Under 40 alumni Matthew Fabri said the company was “ecstatic” to bring Knoll aboard.

“Stephan’s proven track record with his family business will truly benefit the OpSys organisation in achieving our strategic goals,” he said. 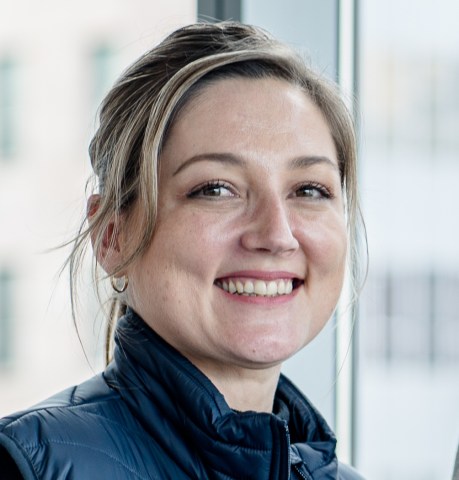 The fintech platform and digital lender last week announced that Williams, who has spent the last 18 years as a software developer and IT specialist in South Africa, would now be overseeing Tic:Toc’s Adelaide team of engineers and developers.

Tic:Toc founder and CEO Anthony Baum said Williams’ appointment comes at a “pivotal” time for the company, with the new CTO tasked with maintaining the technical delivery of their AI-driven lending platform.

He added that the appointment is a bid to “accelerate our capacity to respond to the surge in demand for digital lending”.

“Shantell’s strong technology and innovation background will be invaluable to us,” Baum said.

“I look forward to having her lead our cross-functional technology team as we scale and strengthen our customer platform experience and enterprise offerings." 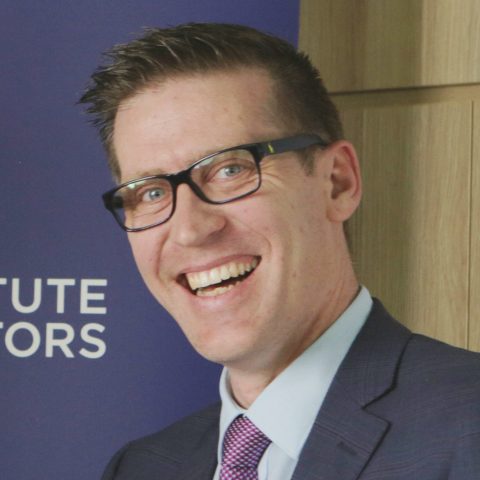 Jury’s out for new CEO role

Jury is taking on the leadership role after more than six years with the AICD, most recently as State Manager of the institute’s SA/NT Board and Governance Services.

The new LGASA CEO spent eight years with the Australian Red Cross in various managerial roles, after spending seven years with the Women’s and Children’s Hospital Foundation as Director of Fundraising.

He currently sits on the board of the Cure4 Cystic Fibrosis Foundation, UniSA’s MBA Advisory Committee and the Austrian Association of South Australia.

LGASA President Angela Evans, who is also Mayor of the City of Charles Sturt, said Jury is a “mature leader” with “proven management experience”.

“Implementing local government reform, leading the sector’s advocacy for state and federal elections, and preparing for next year’s council elections are a few of our current priorities,” Evans said.

“Mr Jury has the capacity to step in and lead the LGA through these immediate challenges, as well as the vision to provide long term direction and stability to the Association.”

Jury, who will start in his new role on October 11, is replacing current LGASA CEO Matt Pinnegar who was in May appointed CEO of the Australian LGA in Canberra. 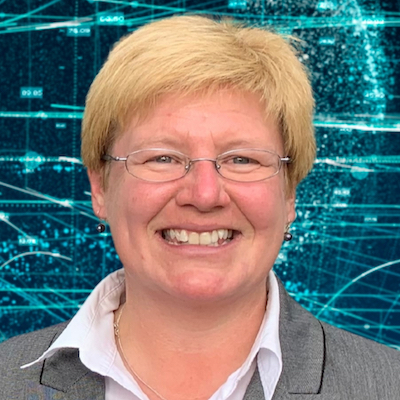 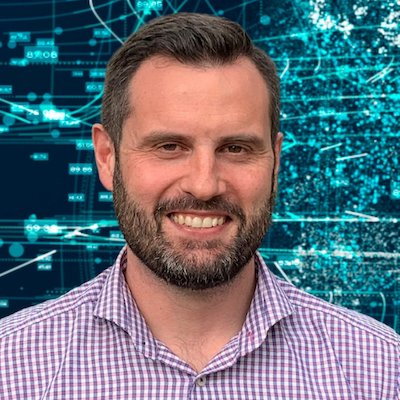 The appointment comes after the previous occupant of the position, Matthew Wylie, moved across to the company’s other division as Head of Transport and Infrastructure.

Across more than 25 years in the defence sector, Knight has held roles with BAE Systems, Raytheon and the air forces of both Australia and the UK.

She said she is “thrilled” to join Shoal Group given its “sovereign capability and experience working with all levels of Defence and now the burgeoning space industry”.

Prior to joining in 2015, he was Senior Systems Engineer with Adelaide’s MineLab Metal Detectors and spent more than ten years as an engineer across Ford and Mitsubishi.

Situated less than an hour north of Adelaide, The Barossa Council seeks to enhance the region and its unique lifestyle, heritage and community spirit and strives to provide high-quality services and facilities to a growing population. Reporting to the Director Development and Environmental Services, the Manager Development Services will be responsible for both strategic and operational leadership of the critical planning and development function for Council.

Applications are encouraged from suitably qualified planning and development professionals with demonstrated experience leading an equivalent function within government or the private sector. Highly developed written and verbal communication skills and the ability to build and sustain positive working relationships with key stakeholders will be essential, as will a genuine commitment to a customer centric approach. The successful candidate will demonstrate sound oversight of macro development issues and authentic leadership characteristics.

This is a genuine opportunity to contribute to the development future of the Barossa landscape and enjoy the lifestyle rewards of working in one of South Australia’s most iconic regions. 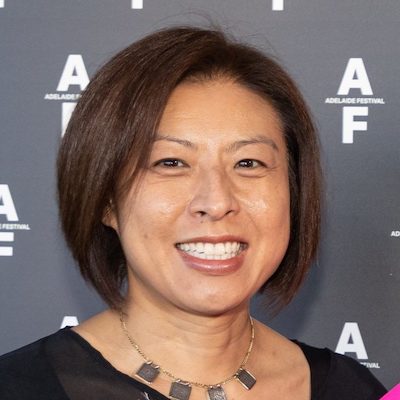 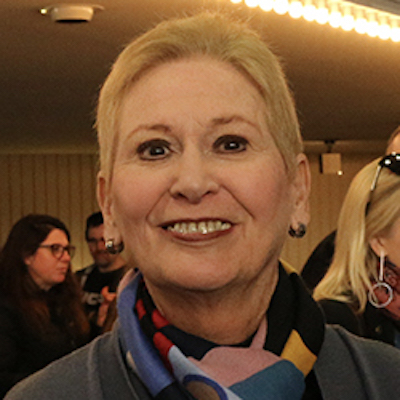 Festival exec on the way out

Adelaide Festival Executive Director Elaine Chia has resigned after a year and a half leading one of South Australia’s premier arts events.

Chia, who will officially leave in November, made the decision to depart after being appointed CEO of a “major interstate cultural project”, the Adelaide Festival says.

She was appointed Executive Director of the Adelaide Festival in December 2019 after a four-year stint as CEO of Sydney’s City Recital Hall.

Taking over from retiring Executive Director Rob Brookman in March 2020, Chia is credited with navigating the Festival through the early stages of the pandemic through to its 2021 iteration which surpassed box office expectations.

The board says Massey will lead the delivery of 2022’s Adelaide Festival, due to run from March 4 to 20.

The search for a new permanent executive director will begin later this year, the board says. 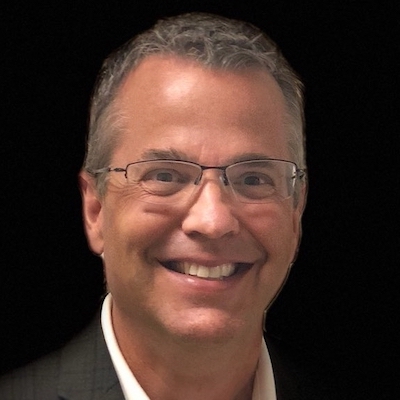 The Tonsley-based hi-tech manufacturers, who supply X-ray products to the defence, security and medical sectors, announced the appointment on the ASX earlier this month as part of a broader shake-up of the company’s senior leadership structure.

Hicks has spent the past 17 years with Micro-X partner company Carestream Health in a variety of globally focused roles.

His most recent position with Carestream, based in Rochester, New York, was Worldwide Business Director and General Manager of Global X-Ray Solutions.

During his time with the medical imaging technology company, he has managed new product development and international commercialisation.

According to Micro-X, Hicks has been involved in the launch of more than 30 new products in over 140 countries.

In his new role, Hicks will be leading one of four new “Business Units” established at Micro-X. The four branches cover Mobile DR, X-ray cameras, checkpoints and CT.

“We have spent many years working closely with Charlie and know well his passion for mobile and point-of-care x-ray solutions and how much he believes this is the future of radiography,” Rowland said.

“We are delighted that someone who has operated at this global leadership level for so long shares our vision for how out technology can bring this about.”

Prior to joining Carestream, Hicks spent 13 years with Kodak in various managerial roles. He was also a Systems Test Engineer with General Electric from 1987 to 1991. 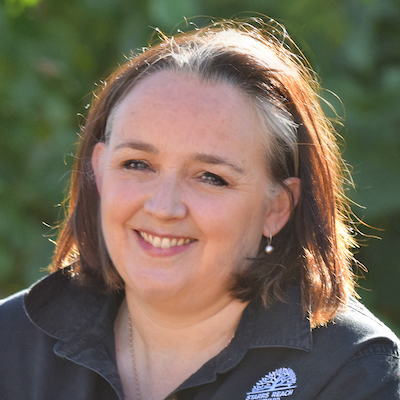 Riverland grape grower back in the saddle

Sheridan Alm has been reappointed Chair of the Riverland Winegrape Growers Association after a three-year stint as deputy.

Alm is the long-time owner of Yatco Viticulture and Starrs Reach Vineyard in the Riverland. She was Co-Chair of the RWGA from 2012 to 2018 and is also a member of the Winegrape Council of South Australia.

In 2019 she was named Viticulturalist of the Year at the Australian Women in Wine Awards. Riverland Wine General Manager Jo Pippos touted her as an “industry leader”.

“As a previous Chair of the organisation, her skills and experience make her an excellent appointment as the incoming Chair,” Pippos said.

Alm replaces current RWGA Chair Brett Proud, who is leaving the association after 11 years as a board member.

The RWGA also last week announced the appointments of Anna Peterson and Michelle Kennedy to the board.

Peterson is the owner and manager of a winegrape and almond growing property in Cooltong, around 15km north of Renmark, while Kennedy runs her family’s vineyard in Glossop, roughly 25km north of Loxton. 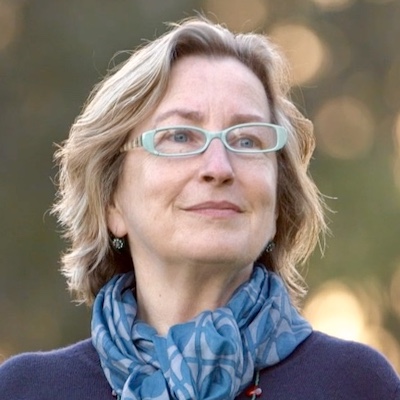 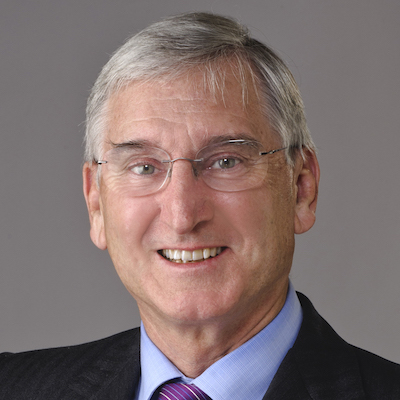 The Australian String Quartet will promote board member Sheena Boughen OAM to Chair at the start of next year.

Touted by the ASQ as one of Australia’s most respected arts leaders, Boughen was the long-time Chair and CEO of the Four Winds Festival in Barragga, NSW, where she oversaw the development of outdoor performance spaces and a fundraise of $6 million.

The veteran arts leader and mentor was appointed to the ASQ board earlier this year.

CEO Angelina Zucco said Boughen’s appointment was a “real coup” for the quartet.

“Her passion for people and the arts, and her global experience in strategy and culture, make her the perfect fit for our ambitious vision for the future,” she said.

Callinan, who is Managing Director of Melbourne consultancy firm Collins Hill, has chaired the ASQ board since 2015 and is retiring from the role at the end of the year.

He is credited with overseeing “major changes” to the ASQ’s playing group, with a new violist and cellist joining the quartet in the last two years.

The outgoing Chair said Boughen’s appointment is “key to the continued development of the organisation for the future”.

“I will work alongside Sheena for the remainder of the year and look forward to continuing to serve on the ASQ Board into the future,” Callinan said. 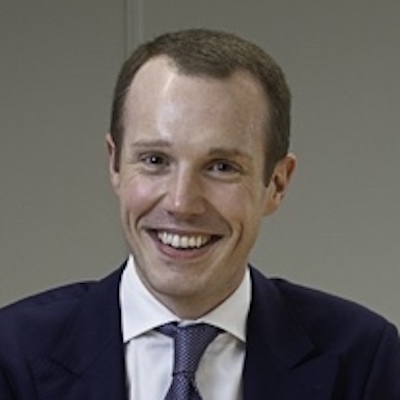 The Adelaide-based employee has been Workplace Relations Leader for Bupa Australia and New Zealand since August last year.

His move to the private health insurer came after a three-year stint as Chief Industrial Officer at the SA Branch of the Australian Nursing and Midwifery Federation, as well as senior industrial relations roles with the Australian Industry Group and Australian Federal Police Association.

His new workplace relations role with Bupa’s Asia Pacific arm will see him responsible for “developing, leading and delivering the industrial relations strategy”.

“My focus initially will be on bargaining across multiple jurisdictions, compliance and continuous improvement initiatives,” McMahon said.

“Bupa is a people focused business; so this is a great opportunity to engage with and support a diverse range of businesses including insurance, dental, optical, audiology, aged care, as well as government programs.