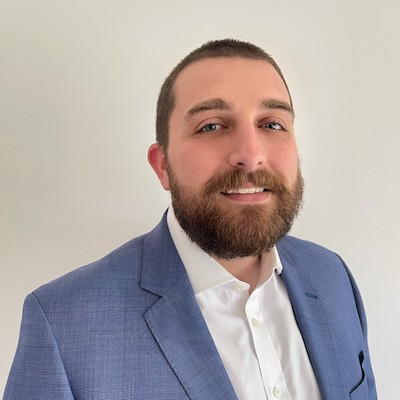 New kid on the accounting Block

Block has been brought on as an Accounting and Tax Partner and will head up Carbon Group’s North Adelaide branch – opened just three weeks ago.

It is the group’s second office in South Australia after “Carbon Barossa” opened in 2019. The seven-year-old Western Australian start-up firm now runs 15 accounting branches across Australia.

During that time, Block has been with South Australian accountants Hood Sweeney, first as a Senior Accountant and most recently as an Associate.

Prior to that, he spent five years with Kennedy & Co Chartered Accountants. He is also currently serving as the Treasurer of Special Olympics SA.

“South Australia presents a number of exciting opportunities for Carbon Group, and by now having two offices we are able to reach a wider range of business owners in the state,” Hood said.

“David shares our passion for helping business owners achieve success, so not only is he a great addition to Carbon Group, he is also going to have an incredibly positive impact on his client’s businesses.

“We’re very excited to be a part of his journey, and to be able to provide him support to grow.” 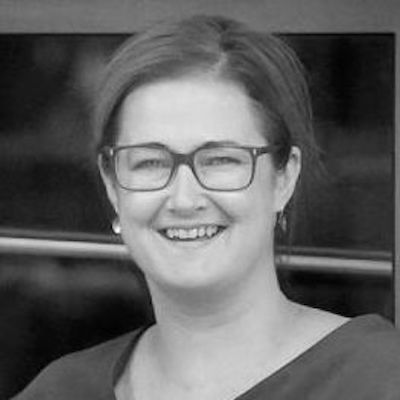 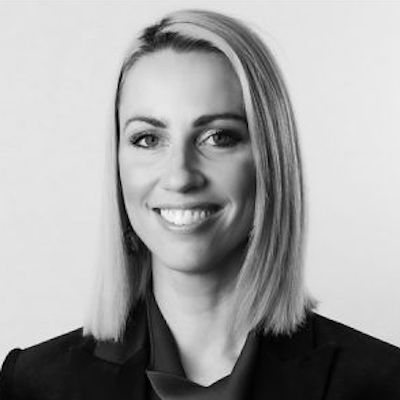 South Australian visual arts and design association Guildhouse has appointed State Government Architect Kirsteen Mackay to their board, amid a flurry of director appointments.

Mackay, who has led the South Australian Office for Design and Architecture since 2015, has been appointed to the Guildhouse board alongside Director of JL Lawyers Talia Begley and visual artist Christian Hall.

Guildhouse Chair Andrew Cohen said the organisation, which represents close to 1000 members in the South Australian visual arts sector, was “delighted” to welcome their three newest board members.

“Their knowledge and expertise will make a significant contribution to our work building the connectivity and profile of South Australian artists and growing our burgeoning social enterprise – Guildhouse Professional Services,” he said.

Originally from Scotland, Mackay moved from the UK in 2012 to become the Principal Government Adviser to the Department of Planning, Transport and Infrastructure.

Meanwhile, Begley joined boutique Adelaide law firm JL Lawyers in 2013 as Owner and Director, after seven years as a Senior Associate with Gadens Lawyers in Melbourne.

The University of Melbourne graduate has nearly 20 years of experience in corporate and tax law and also serves on the Risk and Finance Committee of multinational consultancy firm Sensei Project Solutions.

Hall works in object art and design and is the former Creative Director of the JamFactory’s Metal Design Studio.

The contemporary artist also works for the State Government as a freelance peer assessor for the Department of Premier and Cabinet, where he evaluates public art and design funding applications.

North Eastern Community Hospital Inc. (NECH) is a not-for-profit community owned organisation that incorporates acute care and aged care under one roof. NECH is governed by an experienced, skills based, voluntary board. The opportunity presents for up to three new Directors to join the Board and expressions of interest are sought from professionals with experience and capability in one of the following disciplines: clinical governance ideally gained from a background as a clinician; aged care sector; finance/accounting skills and qualifications. Applications are encouraged from appropriately qualified emerging or proven non-executive directors with demonstrated experience leading transformational developments for a community facing organisation. AICD qualifications will be well regarded.

Police Health Limited is a progressive and contemporary Adelaide based not-for-profit, member focussed, private health insurer that operates nationally. Reporting to the Chief Operating Officer, the Financial Controller will manage the finance function, ensuring compliance with relevant legislation and regulatory requirements and the achievement of the strategic financial objectives of the organisation. Applications are sought from appropriately qualified CA/CPA finance professionals with demonstrated experience leading the finance function. A background in insurance or broader financial services or related regulated sectors will be well regarded.

Training services provider Maxima is looking for an Executive Assistant for its Chief Executive Officer and the Chair and the Board. The Executive Assistant will be responsible for providing high level day-to-day management for the CEO and helping coordinate the Board. The position would suit a versatile and highly organised professional with demonstrated experience in a comparably demanding executive support role. Due to the CEO’s commitments, at times this will be an autonomous role requiring exceptional initiative and the ability to anticipate the needs of the CEO.

Resthaven Incorporated is a leader in the aged and community services sector in South Australia. The Manager Work Health Safety & Injury Management will report to the Executive Manager People & Culture and is an integral member of the Human Resources Team. This prevention focussed role will lead a team of industry professionals dedicated to ensuring safety in the workplace and WH&S compliance. Proven success in the implementation, maintenance and continuous improvement of WH&S systems and initiatives across a broad range of areas is essential to be considered for the role. Experience supporting managers and supervisors with health and safety issues and translating WH&S legislation into practical application is also required. 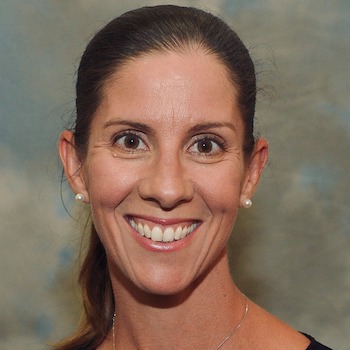 Sacred Heart Deputy Principal Shana Bennett has been appointed Principal of Rostrevor College – the first woman to hold the role in the Catholic school’s history.

Bennett, who will commence her new role in January, was appointed Deputy Principal at Sacred Heart in 2019 and has an extensive history of leadership roles across Adelaide Catholic schools.

She also oversaw Marymount College’s amalgamation with Sacred Heart in 2018 as the college’s acting principal.

Sacred Heart Principal Steve Byrne said Bennett has been an “outstanding collaborator, confidante and executive leader whose presence and impact will not be easy to replace”.

He added that Sacred Heart has begun the search for her replacement.

She will replace Rostrevor College’s Acting Principal Frank Ranaldo, who has held the interim role since January 2021. 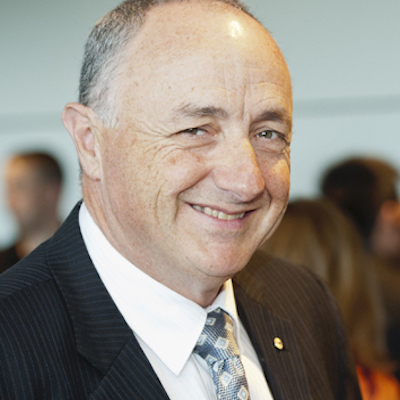 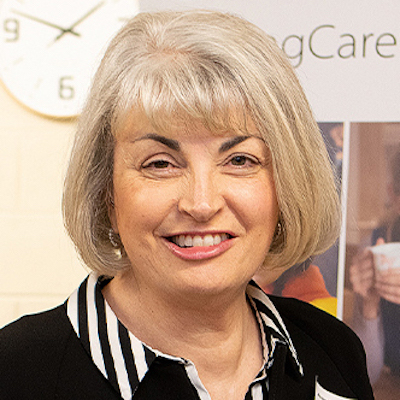 Board extensions at Super SA

Former South Australian of the Year Dr Bill Griggs AM and Uniting Care Wesley Bowden Chair Alison Kimber have been re-elected to the board of public sector superannuation provider Super SA.

Griggs has been on the board of the State Government managed fund since 2009 and was last week re-elected for three more years after receiving 6690 first preference votes.

Griggs was Director of Trauma Services at the Royal Adelaide Hospital from 1995 to 2018 and State Controller for Health at the DPC from 2007 to 2017.

The now-retired medical practitioner held a variety of senior roles with both the SA Ambulance Service and St John Ambulance Australia across a more than 40-year career. He was named South Australian of the Year in 2009.

His long-time board role with Super SA comes alongside his other director appointment with Return to Work SA, where he has been a board member since 2013.

Meanwhile, Kimber’s re-election at Super SA means she will hold five board/governing council positions this year alongside her role as Principal at consulting firm AK Advisory.

She is currently serving as Chair of Uniting Care Wesley Bowden and on the boards of the Cabaret Fringe Association, the ACT City Renewal Authority and on the Council of the Australian Institute of Company Directors.

Kimber is a former Senior Manager with the State Bank of South Australia and a Director at Housing SA. 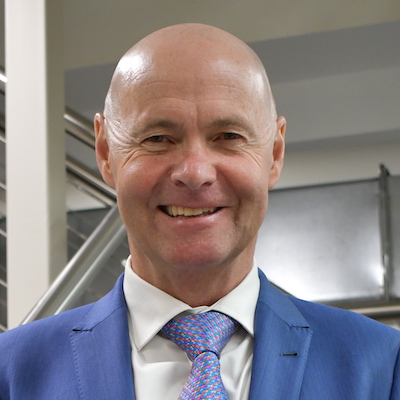 Brock, who has been with Ganbara as a Director since 2017, is stepping up to the Managing Director role after earlier this year leaving his CEO position with Aboriginal-owned training organisation Carey Training.

His other previous roles include stints with the Adelaide Training and Employment Centre and Business SA’s Australian Apprenticeships Centre Manager.

Touted by Ganbara as an expert in Indigenous employment, Brock is a descendent of the Barngarla people of the Whyalla and Port Augusta regions.

“I look forward to seeing Ganbara realise its full potential in the future through the ethical delivery of its many services by building trusting and mutually beneficial relationships with clients,” Brock said.

“Ganbara, currently has 13 per cent Indigenous employment within its ranks and, as part of this role, I look forward to achieving more than 20 per cent in the near future.”

CEO James Pollock said he was looking forward to seeing Brock drive Ganbara to become the “powerhouse Indigenous business that it has the potential to be”.