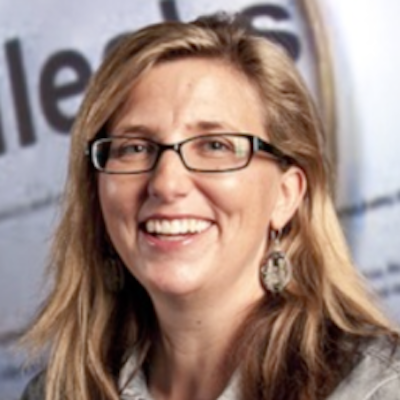 University of Adelaide Dean of Law Melissa de Zwart will join Flinders University next month after being appointed Professor in Digital Technology, Security and Governance at the university’s College of Business Government and Law.

She was also last month appointed the Bonython Chair of Law at Adelaide University.

Her new appointment at Flinders will mean she has worked at all three South Australian universities. She is also a former Senior Lecturer in Internet and Intellectual Property Law at Monash.

Her role at Flinders will involve research leadership at the university’s Jeff Bleich Centre for the US Alliance in Digital Technology, Security and Governance.

The JBC was established in June 2019 to research and communicate with the public about challenges associated with digital technology and its regulation, and provide non-partisan advice through its research.

Professor de Zwart said the move to Flinders will give her the opportunity to apply her “deep interest” in space law.

“This is an opportunity for me to apply my deep interest in fields such as the emerging realm of space law and who governs and defends space, to mitigate the emerging threat to democracy posed by technological changes that are outpacing government policy and planning,” she said.

“Melissa’s expertise in digital law and space law makes her an outstanding appointment for the Centre, encapsulating the two key technology fronts around international security and order,” Gilding said. 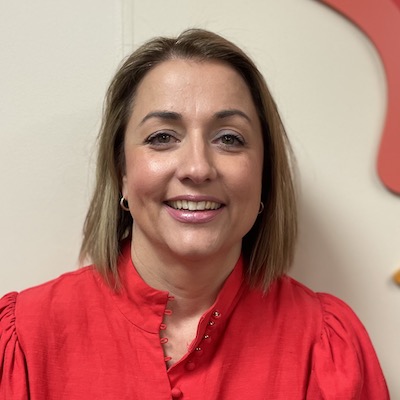 Wilson, who starts in her new role today, has joined the scouting organisation after a four-year stint with the RAA in which she won the Risk Management Institute of Australasia’s “Risk Manager of the Year” award.

Coming from a legal background, she has held managerial roles with various organisations, including the City of Unley, Alliana’s Type 1 Diabetes Foundation and law firm Kelly & Co.

She is also currently the Chair of the Plympton Bulldogs junior soccer club and has previously been involved with the Australia Day Council, Make A Wish Foundation and disability services organisation Kudos.

In her first-ever CEO role, Wilson takes the helm of an organisation with a turnover of $37.4 million annually and more than 240 employees and 6000 volunteers, according to Scouts SA.

She says her key focus is expanding the financial sustainability of the organisation and ensuring scouting remains accessible for youths across the state.

“I look forward to working closely with the leadership team to enhance Scouting over the next few years, set up Scouting and its commercial enterprises for growth and success and become a best practice youth organisation,” Wilson said.

Scouts SA President Paul Dickson APM said the organisation was “extremely fortunate” to have Wilson on board.

“Her experience, qualifications and qualities will certainly be an asset to Scouts SA, Scouts Australia and the delivery of the strategic goals and growth of our Scouting Businesses in the Recycling, Leisure and Retail sectors,” he said.

The Advertiser looks to Sydney for new editor

The Daily Telegraph’s Gemma Jones has been appointed Editor of The Advertiser – becoming the first woman to hold the role in the publication’s more than 160-year history.

Jones is taking the reins of News Corp’s Adelaide masthead after a two-year stint as Deputy Editor with Sydney’s Daily Telegraph.

A News Corp veteran, she has been with the media company since 2002 and has worked in various editorial leadership roles at both The Australian and The Telegraph, as well as a secondment to New York.

Jones replaces Matt Deighton who announced in July he would be leaving as Editor for personal reasons.

Deighton took on the leadership position at The Advertiser in October 2017 after nearly four years as Editor of The Mercury in Hobart. 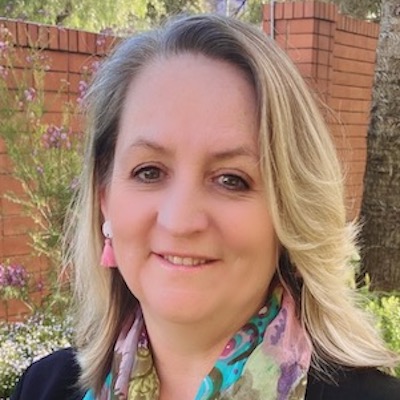 The North Adelaide university residential college, which hosts just under 200 undergraduates and employs more than 50 academic tutors, said the new role was created after the institution recorded its highest ever intake of students this year.

The college says Fleming will oversee all matters relating to student activity.

“We are thrilled to welcome Wendy who brings with her years of experience working with young people and demonstrates the characteristics of kindness and integrity that will provide vital support to our students in this crucial stage of their life,” she said.

Fleming’s appointment at St Ann’s follows a more than 30-year career in teaching and pastoral care. Her most recent role was Dean of Students at All Souls St Gabriels school in Queensland.

It is also Fleming’s first appointment in Adelaide, with the experience educator holding previous roles in Melbourne, Geelong, Brisbane and Mackay.

An internationally recognised winery and a major stakeholder in McLaren Vale is looking for a Chief Winemaker to produce its premium and ultra-premium wines designed to satisfy the needs of domestic and export markets. Its modern and purpose-built facility has a 5,000T capacity, designed for production of high quality wine and bottling line onsite. The new Chief Winemaker will provide leadership and direction to the winery team and work closely (hands-on) with the viticulture, bottling and management team to maximise quality and meet business objectives. Reporting directly to the MD and CEO, the successful candidate will have relevant winemaking qualifications and strongly developed wine sensory skills and demonstrated ability to judge red, white and sparkling wines, together with an understanding of international and local wine trends and styles. Previous premium and ultra-premium winemaking experience in a comparable medium to large winemaking company will be highly regarded. Excellent organisation and planning skills including proficiency with computer systems (particularly EzyWine & VinWizard) will be expected.

Resthaven Incorporated is a highly respected leader in the rapidly growing aged and community services sector in South Australia. Engaging a dedicated and passionate workforce of over 2,700 and with an annual turnover circa $205m, Resthaven has 35 sites across metropolitan Adelaide and regional South Australia delivering quality services to older people and their carers. Reporting to the Executive Manager People & Culture, the Senior People & Culture Manager is responsible for a significant portion of the P&C portfolio including recruitment, HR advisory and payroll. Resthaven is looking for a dynamic, purpose-driven people leader who wants to make a real difference in the future directions of this iconic South Australian organisation. Applications are invited from suitably qualified and contemporary HR leaders with demonstrated experience in developing and leading proactive and pragmatic HR services in a comparably complex and geographically dispersed service delivery organisation. 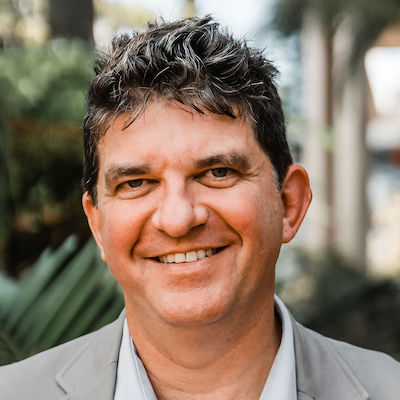 The multinational firm, which employs six in its Grenfell Street office, touted Braun’s extensive portfolio of healthcare work and facility design across his more than 25 years in the sector.

Braun joined the firm in March last year after 12 years with Silver Thomas Hanley as a Senior Architect and then Associate. He has also held architect roles with Hames Sharley, Villis Group Services, Milne Architects and the Department for Administrative and Information Services.

He said was looking forward to working with the global team at Marchese as it embarks on a series of aged care developments and health facility upgrades across South Australia.

Marchese Partners says Braun will be responsible for helping the Adelaide healthcare market to “develop new facilities aligned to contemporary work practices, utilise the latest technologies and address the infection control requirements of the current pandemic”.

Among the firm’s current projects is a 118-bed aged care facility for Estia Health in Mount Barker, a night clinic in Gawler, a repurpose of the Wakefield Hospital and a middle school development at King’s Baptist Grammar School in Wynn Vale. 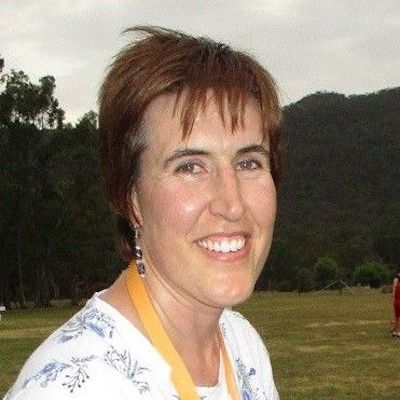 The South Australian Branch of the Australian Water Association has elevated Carmen Wentrock as its new President.

Wentrock, who has been Vice-President of the AWA’s SA division since July 2019, replaces Elsie Man, whose three-year term as President expired in July.

The AWA, established in 1961, describes itself as the national peak body of the Australian water industry with members representing every discipline within the sector from engineering and manufacturing to academia and planning.

A Water Program Manager at Tonkin Consulting since 2012, Wentrock said she was approaching the new leadership role with “humility, excitement and anticipation”.

Former Penfolds Magill Estate Head Chef Kelly Delaney is heading into the city to lead the kitchen of brewpub Sparkke at the Whitmore and their restaurant fare.

Delaney, who has more than 26 years experience as a chef in South Australia and Malaysia, joins the CBD brewery as head chef after a five-and-a-half-year stint with Penfolds.

The culinary veteran has also been the lead chef at Auge Restaurant on Grote Street as well as Pressroom and Madisons Restaurant in Kuala Lumpur.

According to her new employers, Delaney is introducing a revitalised menu at Sparkke with a renewed focus on local ingredients and integration with the brewery’s beer and spirit offerings.

Her appointment comes as the priudly women-owned pub nears three years of operating in Whitmore Square.

Sparkke Co-Founder Kari Allen said the decision to hire Delaney came after more than a year of looking for a new team member.

“After searching locally, nationally and internationally we are so excited to have Kelly join the team, her incredible experience and ethos fits in perfectly with Sparkke’s core values,” Allen said. 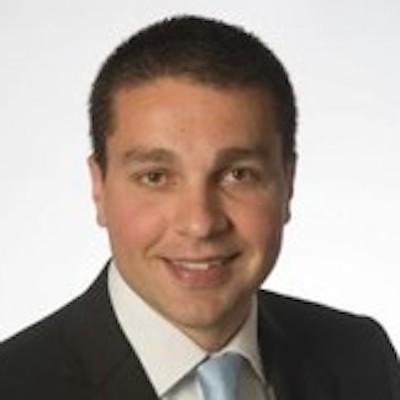 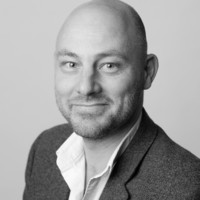 The Department of Premier and Cabinet has hired two new Executive Directors in its latest string of high-level appointments.

Diakomichalis spent more than 21 years with Westpac Group in various high-level manager roles after joining the bank in 1998. A Masters in Business Administration graduate, his most recent role was Director and Business Manager to the CEO of BankSA.

Touted as an experienced customer engagement strategist, his new role with the Premier’s Department involves leading a whole of government customer experience program in a bid to “[make] it easier to do business with government”.

The DPC also appointed Brenton Caffin as Executive Director of Strategy and Policy.

Caffin joins the DPC after a year and a half as Executive Director of learning collective States of Change – an Australian not-for-profit launched by UK foundation Nesta, where he was also an Executive Director from 2017 to 2020.

He is also the former CEO of the Australian Centre for Social Innovation, a Senior Adviser at Allen Consulting Group and a Policy Officer with the Department of Prime Minister and Cabinet.

Caffin’s latest executive role with the South Australian Government will see him responsible for “driving comprehensive economic, population and technology strategy and policy, and overseeing a rigorous program management function”.

The DPC has also shifted Alison Lloydd-Wright to the position of Executive Director, Cabinet Office.

A long-time senior bureaucrat, Lloydd-Wright has been an Executive Director at the DPC since May 2019 – most recently responsible for strategic policy.

Her new role puts her in charge of cabinet, social, and economic policy advice within the Department.