The mineral company said the engineering and mining executive previously led the Republic of Nauru’s phosphate company as CEO where he oversaw phosphate exports throughout Asia and the Indian Pacific region.

Lindh has more than 15 years legal and company secretarial experience, including as a partner for Adelaide law firm CBW Partners for the past two years.

He also serves as secretary for the SA publicly listed company Woomera Mining Limited among a handful of other businesses.

After a decade in early-stage tech business interstate and overseas, Ben Colley has been named inaugural Chief of Staff for South Australian software firm Teamgage.

His most recent role was with Melbourne-based research and development company Bluedot, where he helped lead the customer experience arm of the business.

Teamgage said Colley’s appointment came on the back of company expansion and development of its leadership team.

“Ben, in this new role, will be critical in helping the company deliver its strategic plan and continued growth,” a spokesperson said.

In a statement, the Adelaide-based company said the Australian aviation heavyweight would help lead the organisation from its research and development stage to production and commercial sales of advanced turbines.

Former Turbine Aeronautics CEO and co-founder Dave Limmer will remain on the board and take up new responsibilities.

He has since held a number of senior positions across the logistic, property and aviation industries including, most recently, a stint as Chief Strategist and Corporate Development Officer with Virgin Australia.

Between 2014 and 2016 Jones was CEO for the ACT Brumbies, with reports he left following a dispute with the rugby club.

He has also previously held a number of top roles in the sailing sector as a Director of Yachting Australia, CEO of luxury yacht developer Azzura Marine Group as well as COO and Team Leader for the Hamilton Island Yacht Club’s bid for the Australia Americas’ Cup.

Tourist and travel operator SeaLink has added Rick Carpenter as its Chief People and Culture Officer.

He comes to the role from manufacturer Pro-Pac Packaging where he was Chief People Officer, following a number of years in human relations across household companies including Campbell Arnott’s, Pacific Brands, Fusion Retail Brands and Fonterra.

“At SeaLink Travel Group, we celebrate the vast diversity of our employee network and what they present to the organisation,” he said.

“Every team member at SeaLink brings something unique – a melting pot of skills and contributions which we harness into our operations.

“This new role is an exciting commitment by the Group to see that our people are engaged, supported, well trained, remunerated appropriately, invested in, motivated, respected and most importantly, kept safe.”

A genuine opportunity to join the Adelaide head office of Beaumont Tiles as the National Manager – People & Culture has arisen at this highly successful national business. Reporting directly to the Chief Executive Officer, and as a key member of the Leadership Team, this pivotal people focused role will take responsibility for leading the design, development and implementation of the organisation’s people and culture strategy and leading the dedicated human resources team. Applications are invited from senior HR generalists with appropriate tertiary qualifications and demonstrated experience in the areas of employee relations/industrial relations and organisational development.

The South Australian Housing Trust (SAHT) Board  has two remunerated Board positions open. One for an accomplished professional with a financial management background who is able to drive leading corporate services, corporate governance or risk management/compliance. The second is available for an accomplished professional with a background in either marketing, brand image or law.  The SAHT’s primary functions are to assist people to secure and maintain affordable housing, to provide houses or support programs to meet housing needs, to facilitate support to South Australians to increase their ability to achieve successful housing outcomes and to provide advice to the Minister.

Metro Homes SA is looking for a Land Development Manager. Reporting to the Acquisition and Development Manager, this senior role will act as the conduit between external parties and the development team in the delivery of land development projects. Specific responsibilities include managing all aspects of the development lifecycle, from concept to design and through to completion, as well as analysing competitor projects to inform research reports and contributing to sales and marketing activities and the acquisition of future projects. Applications are encouraged from tertiary qualified candidates (property, engineering or a related discipline) with substantial experience managing multiple and diverse land development projects of various sizes.

Mount Barker District Council has an opening for a Manager Infrastructure Maintenance & Operations. Reporting to the General Manager Infrastructure, and as a member of the Council’s Leadership Group, this role leads the large Infrastructure Maintenance & Operations Team including civil works/services, public place and environmental services, fire prevention and emergency management, cemeteries, asset maintenance and waste services. Applications are welcome from operations managers with project management, asset management and financial management knowledge the required to be successful in such a role. Previous local government experience is not essential, however experience in running a service delivery business in a related discipline is desirable.

Adelaide 36ers CEO Ben Kavenagh has resigned after three years in the role, with the club’s CFO Adam May stepping in as the interim CEO, on top of his CFO role, until a permanent replacement is found.

InDaily believes May will be putting himself forward for the top job permanently.

The club said Kavenagh had been instrumental in the 36ers move to the Adelaide Entertainment Centre in 2019 and helped the club “through the depths of the coronavirus pandemic”.

Chairman Grant Kelley welcomed May to the new role.

“Adam May has been with the club for almost three years, during which he has delivered very strong financial and commercial results, and been a key member of our management team,” he said.

“He has also shown great leadership through these unprecedented times.”

In a bid to find someone for the CEO role, the 36ers have appointed Perth-based sports administrator and former National Basketball League CEO Nick Marvin to conduct a search that it said it would consider “internal, national, and international talent”.

Marvin, who is based in Perth, chaired the NBL between 2013 and 2015 before joining NBL’s Perth Wildcats as Managing Director. He has since held a number of other senior sports leadership roles.

For the past three decades he has also run a private consulting firm, working closely with Australia’s richest man Andrew Forrest on his philanthropic organisation between 2017 and 2019. 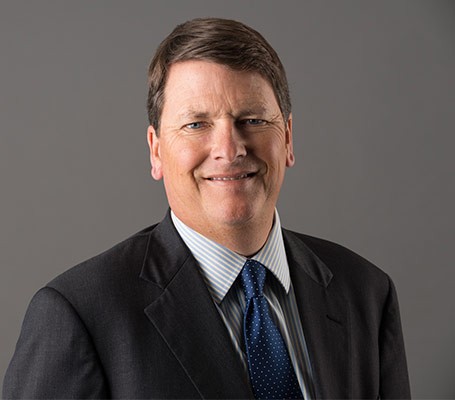 South Australian businessman and Australian Submarine Corporation Chair Bruce Carter has been appointed to Crown Resorts’ board as a non-executive director.

Carter – who was previously deputy chair of Crown’s rivals SkyCity, overseeing their $330 million Adelaide casino redevelopment – joins the board as Crown mulls a takeover bid from US investment fund Blackstone Group.

He has previously held advisory positions with the State Government, including chairman of the SA Economic Development Board from 2008 to 2010.

He resigned from the position amid concerns about conflicts of interests relating to the Adelaide Casino redevelopment.

“Bruce brings to the Crown Board the ideal blend of commercial, governance and gaming sector expertise and is respected across Australia for his contribution to corporate and government roles,” Coonan said in a statement to the ASX.

“Attracting someone of Bruce’s calibre to the Board is an endorsement of our strategy, ambition and commitment to reform.”

A former social worker, Wild previously worked as a National Clinical Advisor for mental health organisation Headspace and as a Team Leader of Child Wellbeing for the state department of education.

He also sits on the board for Survivors of Torture and Trauma Assistance and Rehabilitation Service.

Wild said he was honoured by the appointment, which would help lead the government-funded educational institution in preventing intergenerational disengagement from school.

“It is an honour to have been appointed SASY Chief Executive. I am excited about the great things to come for the school, and being able to contribute to positive outcomes for young people in need,” he said.

Hall, who joins Perks next month, has more that 30 years experience in senior roles with investment organisations including multinational BlackRock and Adelaide-based Argo Investments.

He has served on a number of investment committees in the past and is currently the Chief Investment Officer with national investment manager, EllerstonCapital.

Additions to the communications sector

Vella spent the past 15 years with Adelaide’s Seven Network, working her way up the ranks from a general reporter to supervising producer.

“Michelle will play a key role supporting our vision to be the trusted public relations and risk management partner for our clients,” she said.

“Her strong expertise in television journalism and production further strengthens and complements our team’s skill-set.

“We are pleased to welcome Michelle to Corporate Conversation as a valuable addition to our growing team.”

The Adelaide founded business said the new role was part of the company’s expansion, which included the establishment of a Queensland office last year.

It said Dodd had spent more than 16 years in the building and property sector, including a decade with privately owned commercial building giant Hansen Yuncken, where she worked on projects including the $2 billion Royal Adelaide Hospital.

McCaskill said she was excited to be able to share her passion and knowledge of cookery with young people.

“There is no greater joy for me than mentoring the hospitality stars of the future.

I want to help students identify the opportunity between training and working as a chef in an industry setting,” she said.

“There is such importance in this work as the current imprint on these young people will have an impact on our dining landscape”.

McCaskill has carved a name for herself across the globe, working in some of the world's best kitchens from Narisawa in Tokyo to Sat Bains in Nottingham to Sparkke at the Whitmore in Adelaide.

As well as her new role, McCaskill will lead a new family program for Tasting Australia 2021.