Square Holes managing director Jason Dunstone said the research found that two-thirds of South Australian businesses did not employ any staff, a level higher than all other States and Territories.

“With this there is a relatively low rate of employing businesses per 100 people aged over 15,” Dunstone said. 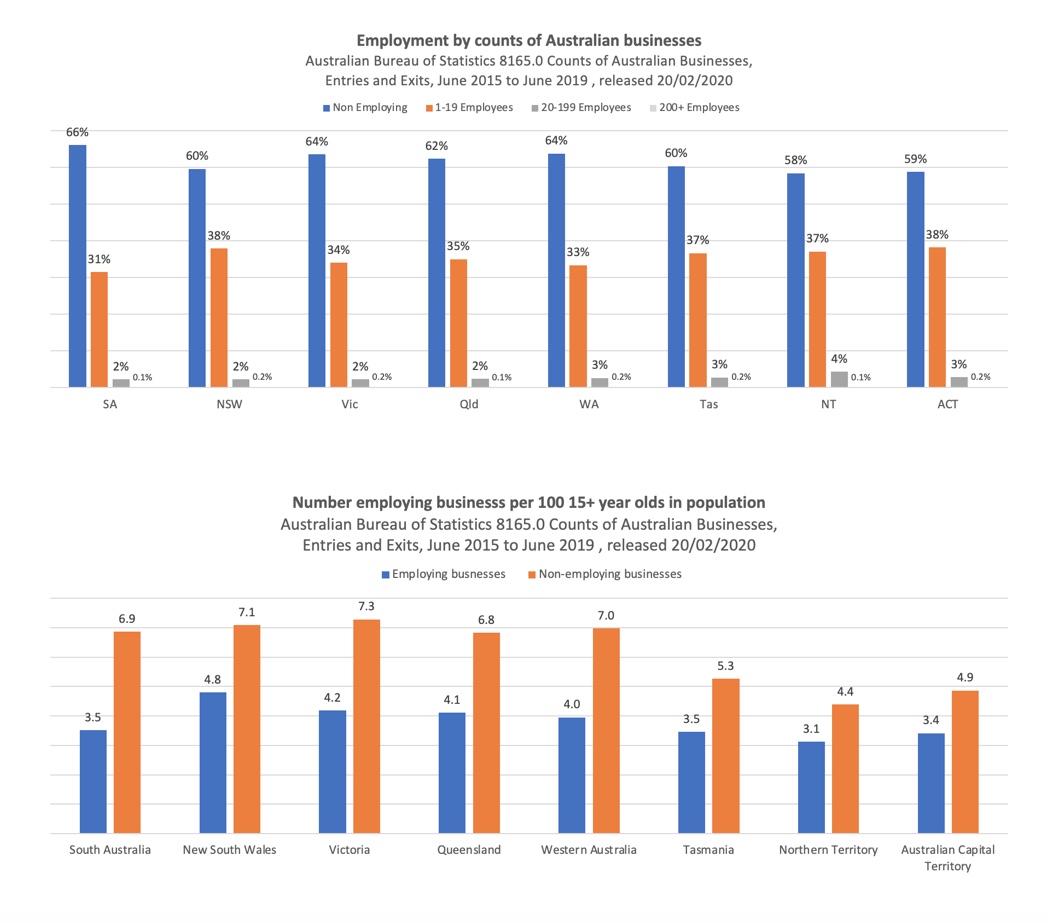 “South Australia is in desperate need for more small businesses to seek growth and employ staff.”

Dunstone said they found that most South Australian non-employing businesses did not wish to mess with the freedom of being their own boss.

“The sole operators love being in control of their own destiny and to choose their working hours,” he said.

From the representative survey of 400, 31 non-employing sole-operators were sampled and they typically described themselves as “small business operator”, with some preferring “contractor”, “freelancer” or “startup”.

Respondents said the following about working in South Australia:

“A sense of freedom and being paid for thinking about things I find interesting.”

“It’s easy to meet senior business leaders, those who can authorise expenditure. There is a good pool of businesses at a size large enough to take on people for projects or short, part-time periods, but not so large they can simply hire those resources full time.”

Dunstone said that while South Australia provided the perfect place to be one’s own boss, “the comfort can breed complacency and reduce the hunger to grow”.

Based on the Square Holes November mind and mood survey, 8 per cent of South Australians run a non-employing business.

On average the non-employing businesses surveyed had an annual pre-tax income of just below $100,000, and there was a huge variation in incomes recorded, according to Dunstone.

“For many non-employing businesses they are now able to juggle work, family and other obligations with greater ease,” Dunstone said. 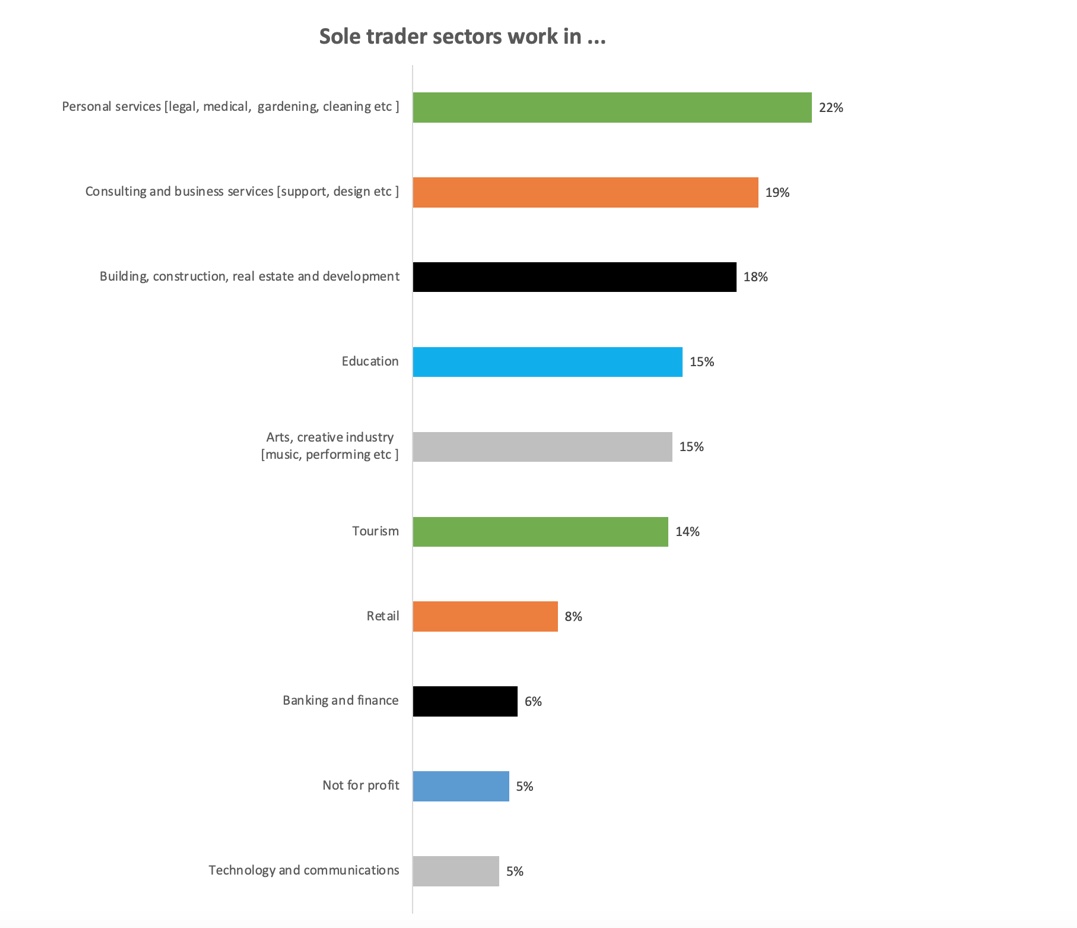 The largest share of their income comes from South Australia. 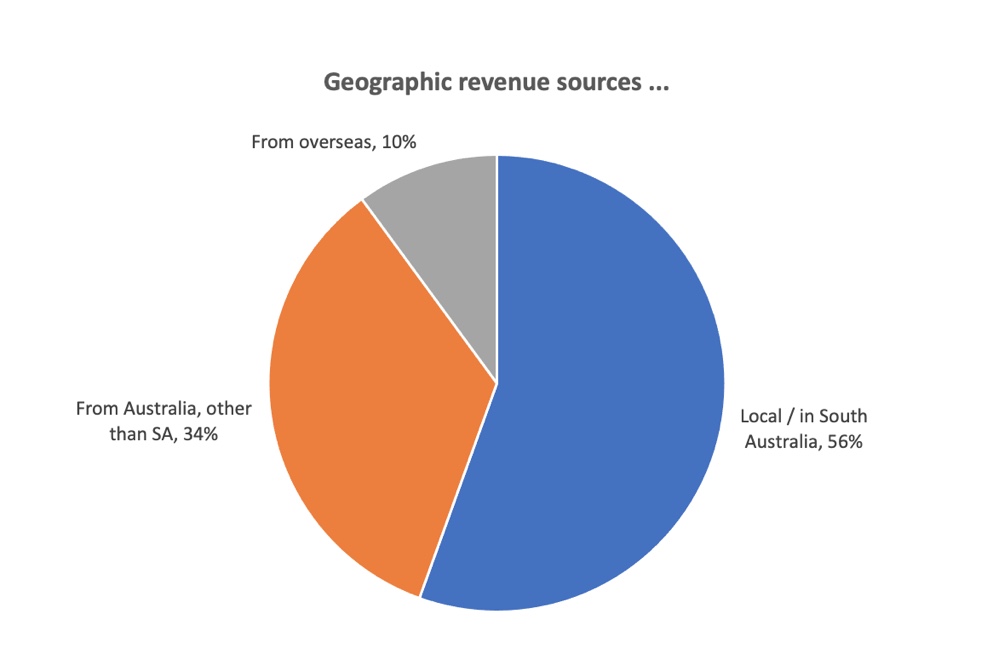 There is general contentment keeping a non-employing business staff-free, with 70 per cent not interested in growth, Dunstone said.

“The 30 per cent wanting to grow their business and employ more staff, generally have a medium to long term horizon if ever, with 32 per cent likely to employ staff in ten years, 25 per cent in five years, 23 per cent in two years and 24 per cent in the next 12 months,” he said.

“Employing staff is often viewed as ‘to approach with extreme caution’.” 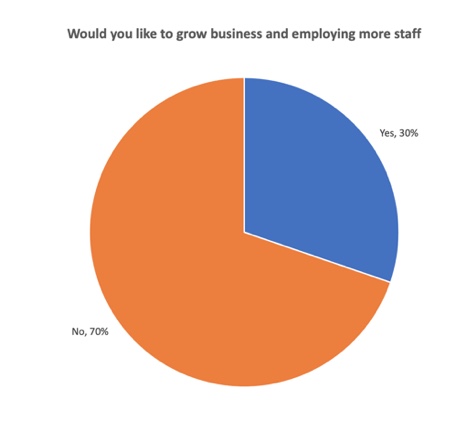 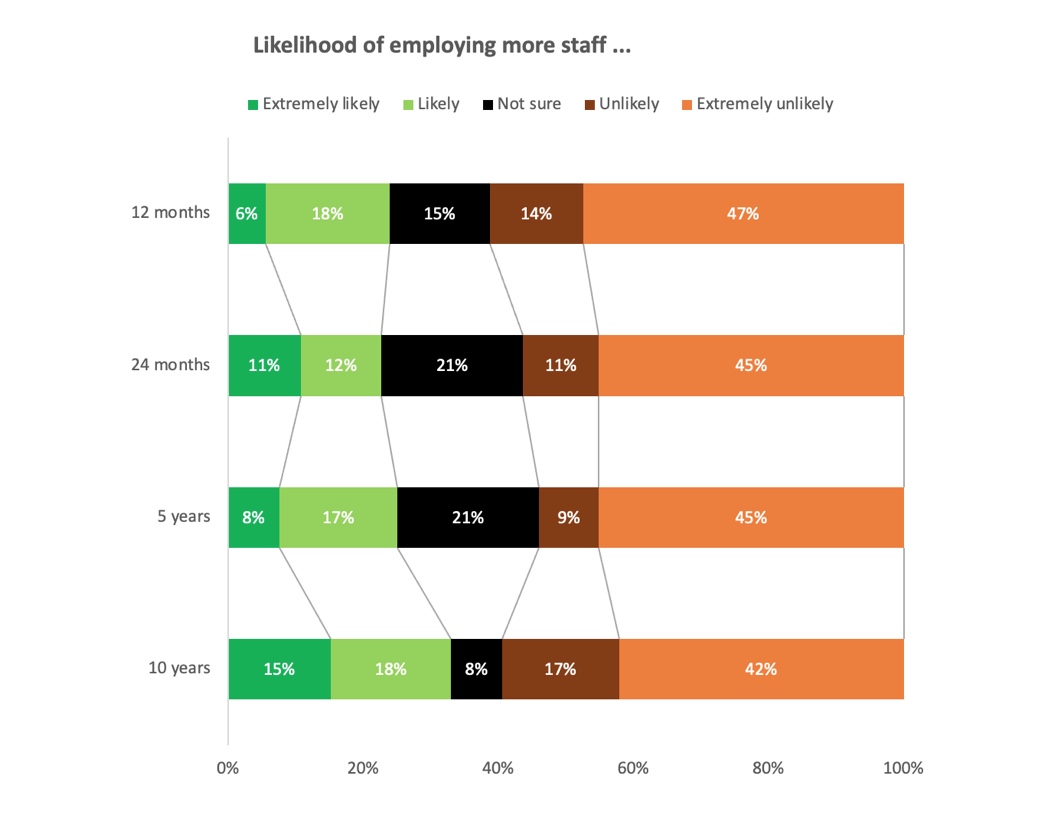 As a comparison, 43 per cent of those surveyed who own or part-own a business employing staff indicated they were likely to employ more staff over the next 12 months, compared with 24 per cent of non-employing businesses.

“There is clearly a different psychology, risk appetite and strategic thinking of employing businesses,” Dunstone noted. 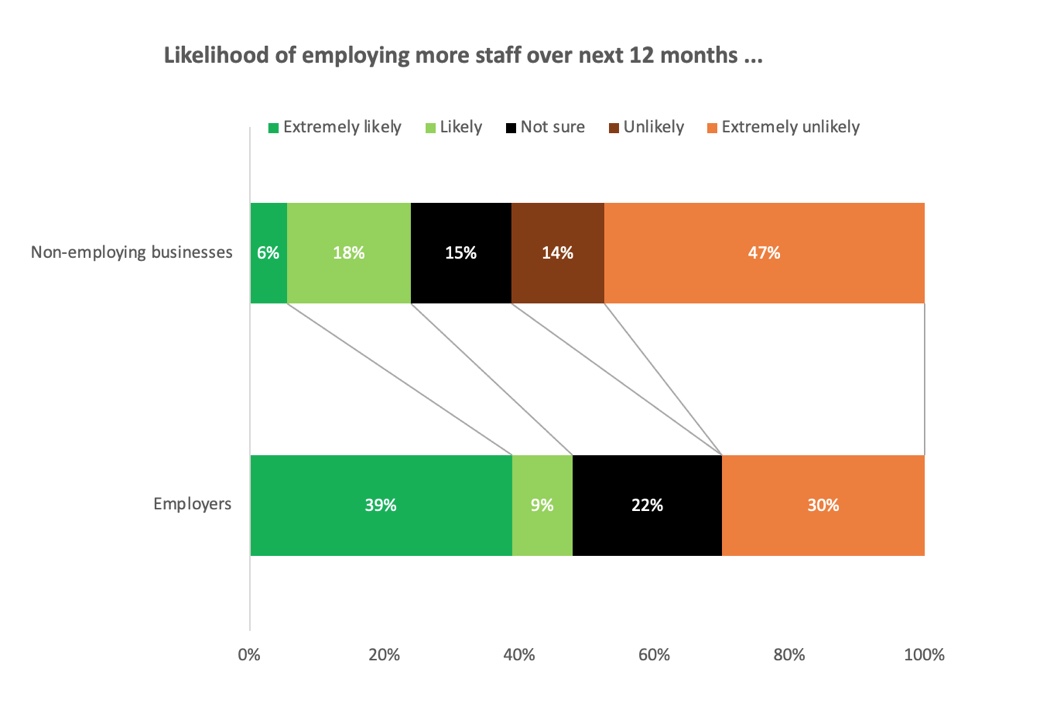 “How can more smaller businesses be motived to grow, employ staff and help build the South Australian economy?” Dunstone said.

“Based on the figures, the survival rate of South Australian businesses from 2015 to 2019 was 67 per cent, compared with the national average of 65 per cent.”

“The survival rate of Australian businesses from 2015 to 2019 was 50 per cent for non-employing businesses and increases steadily with employment size,” Dunstone said.

“It is easier to quit and get a real job with no staff, and likely a simpler business structure.”

“Employing staff is not for all businesses,” Dunstone said.

How to rebuild Australia's manufacturing sovereignty

“South Australia has a lower rate of employing businesses for our workforce,” he said.

“This is an indicator of how South Australia is spoilt with an enviable lifestyle, yet perpetually struggles to gain economic momentum and grow employment relative to elsewhere in Australia.”

Dunstone said he wonders if our wonderful lifestyle reduces our hunger to grow businesses or do the statistics illustrate a lack of entrepreneurial risk appetite, willingness to fail, and psychological confidence to grow.

“With a weaker business economy, comes a greater reliance on government,” he said.

“It is interesting to ponder that economic and jobs growth will come from small shifts in cultural thinking and willingness of non-employing businesses to take on a bit of entrepreneurial risk and employ staff.

“It is also why it is so important for the community, government and wider business sector to buy local whenever possible and help small businesses to feel the confidence needed to grow.”