The project is now targeting financial close by the end of September 2021 with Macquarie also providing financial advisory services to the project.

Iron Road will retain the right to hold up to 25 per cent of the project at financial close while maintaining 100 per cent ownership of the 1100ha port site and the Central Eyre Iron Project.

The agreement includes defined steps for securing of equity and debt capital for port development and financing plans for the proposed $250 million Cape Hardy Stage I multi-user, multi-commodity port facility.

The project includes a 900m jetty and wharf about 7km south of Port Neill on the eastern coast of Eyre Peninsula.

The port would be used to export iron ore from the Iron Road mine and locally grown grain to global markets. It could also be used to import bulk commodities such as fertiliser and aquaculture feed.

Iron Road claims the project would deliver significant transport savings for growers, generate more than 400 direct and indirect jobs during construction, remove significant road train traffic from Port Lincoln and be able to be expanded to accommodate Capesize vessels in stage two.

The Federal Government announced $25 million in funding towards the Cape Hardy port precinct in December. 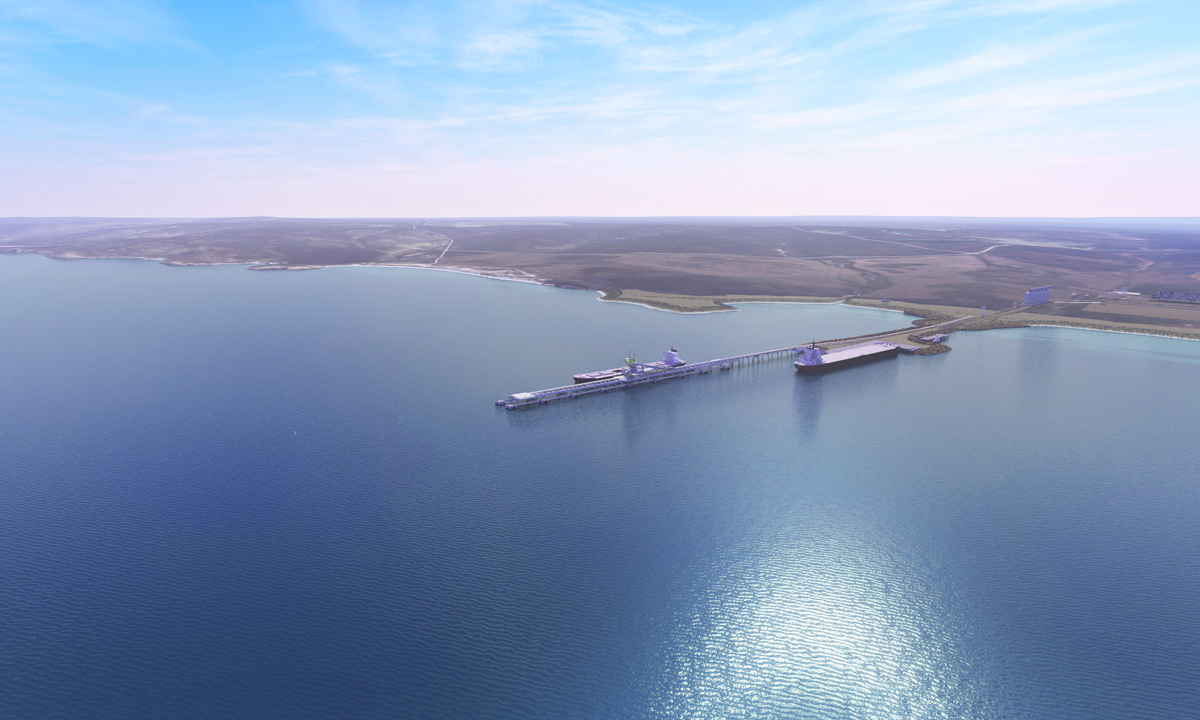 An artist’s render of the proposed Cape Hardy port.

Iron Road chief executive officer Larry Ingle said the company had been working closely with key stakeholders on the Cape Hardy port development since 2012 as part of its wider Central Eyre Iron Project.

“We are pleased that Macquarie Capital shares our vision of the near-term benefits and future opportunities this vital infrastructure unlocks for Eyre Peninsula communities,” he said.

“A major partnership milestone with Macquarie Capital and EPCBH represents a key step forward in de-risking this important project for South Australia.”

Division director Andrew Newman said Cape Hardy was a project of national economic significance and competitive advantage, with a strong proposition for grain farmers and the potential to unlock significant future economic activity.

“A deep-water port would support producers across the state, and Cape Hardy is ideally situated to house a multi-commodity port that could be accessed by agricultural and resources producers alike,” Newman said.

“Importantly, the joint development agreement has a clear objective that farmers will be significant shareholders in the facility in what will be first opportunity for Eyre Peninsula grain growers to have an equity stake in infrastructure since the 2008 deregulation of Australia’s wheat trade,” he said.

“We are delighted that an Australian institution with the investment capability of Macquarie Capital is putting its weight behind Cape Hardy.”

Iron Road’s share price jumped more than 50 per cent this morning following the announcement to be $0.17 at 1pm.