In May, David Pearson was named the inaugural CEO of advocacy group Australian Alliance to End Homelessness.

His move to the national body was part of an Australia-wide drive to help communities across the country set up similar projects using the methodology pioneered in Adelaide.

Two months on from his appointment, Pearson has observed a radical change to Adelaide’s streets with the coronavirus pandemic forcing policy makers to find temporary housing for some of the state’s most vulnerable or risk the disease spreading.

Coronavirus seems like the perfect storm for homelessness. How do we prevent more people from becoming rough sleepers?

We know that the economic devastation that coronavirus has caused is going to cause more people who’ve lost their jobs and are suffering financially to potentially become homeless.

So, the most important thing we can do for all of those people is to make sure things like the JobSeeker payment is retained at a rate that is actually above the poverty line, opposed to going back to the old Newstart rate – which actually drove people into poverty. JobKeeper is important as well, so we can’t turn that off.

We’re really at this crucial time where the decisions the government makes now are going to shape Australia for decades. We just can’t turn off those supports, otherwise we will create a tsunami of homelessness.

The risk of community transmission and the risk of infection to homeless people is a really serious one in relation to the pandemic.

So I’m not saying we’ve been complacent, but this second wave is a bit of a wakeup call to go: ‘Right. This virus isn’t going away anytime soon, it’s going to be with us for a while. And there is a large group of people in our society who, if they get this virus, it’s almost a death sentence.’

And, if they get the virus and they have nowhere to shelter and nowhere to call home, they risk spreading the virus as well, which impacts on all of us.

So there has never been a more important time to tackle the problem of homelessness and we’ve never made more progress than we have right now.

Where are we still falling short?

COVID-19 has just wrought destruction across the world and destroyed lives and livelihoods. But when it comes to rough sleeping and homelessness, paradoxically it’s actually a bit of a positive story at the moment.

If you think there are about 8200 people who sleep rough in Australia on any given night – that’s what the census shows – we estimate that about 7000 people have been temporarily sheltered since the beginning of this crisis. That’s broadly across the country and those two numbers are not directly comparable because the number who’ve temporarily sheltered includes those who were at risk of homelessness but weren’t actually rough sleeping yet.

That we’ve been able to do something so quickly in response to a global pandemic – because we were worried about community transmission – shows how imminently solvable the problem of rough sleeping is.

If it took a pandemic to force us to deal with the problem of rough sleeping homelessness, that’s the positive we can draw from this whole pandemic.

But if we don’t take further steps all of that good work will be undone.

Not only will those people who have been temporarily been sheltered, predominantly in hotel rooms, be forced back out on the street, it will make the problem of homelessness all the harder in the future and it will potentially compromise our response to this pandemic.

What we do in the coming days and months will really shape the face of our streets for decades to come.

What are the biggest cracks that need addressing?

When it comes to rough sleeping, the cracks are different for every person. The way we need to deal with this problem is to go out and understand the name and the need of every person who is sleeping rough. And when you know their name and you know what their needs are, you can make sure they’re better met.

That probably doesn’t sound like rocket science to people who aren’t involved in the sector – but we don’t actually know how many people are sleeping rough most of the time, we don’t know what their needs are because all of the services are funded by different levels of government and different departments.

We need to better connect all of those services – put the person who is sleeping rough and their needs at the heart of what our action is as a community to support them.

If you look at the problem of rough sleeping, it actually costs more to leave it unaddressed than if we address it. It’s more expensive for us as the general taxpayer to leave people on the street, in and out of health services, in and out of emergency accommodation than it is to provide them with a permanent house with support.

We need governments and government departments to work better to coordinate their efforts.

There is a lot that can be done to improve the way we provide better support and housing now – but ultimately, we need to invest more as a country in housing.

We have a lack of social affordable housing in this country, particularly supportive housing where the support comes with the housing for rough sleepers. 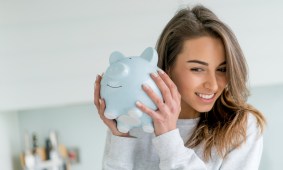 So, there is a co-ordination question and a general investment question – and we need to address both.

You were named as one of InDaily’s 40 Under 40 winners last year. Has anything changed as a result of the award?

The award comes with it a recognition that what you are doing is acknowledged and valued by the broader community.

That’s a really powerful thing for people who are relatively young in senior roles. It helps provide a sense of confidence, particularly in difficult moments.

The interview has been edited for clarity and brevity.

Nominations are still open for this year’s 40 Under 40 Awards with judging to commence in August before the awards are held on 15 October.