Square Holes has revisited its 2015 survey of state pride and has found an increased sense of satisfaction in the state’s performance compared to five years ago.

However, people are no more nervous about the performance of our economy than they were five years ago.

“There is a positive vibe in South Australia as restrictions are reduced,” said Jason Dunstone, the founder and managing director of Square Holes, the market and cultural research agency that has been conducting the mood surveys.

According to their representative survey of 400 South Australians conducted at the end of May, 76 per cent of respondents rated their ‘sense of pride in Adelaide’ as 7-10 out of 10, up from 65 per cent when an identical survey was conducted in July 2015.

“Older South Australians have a stronger sense of pride than others, yet there is a consistently high level irrespective of age,” said Dunstone.

Similarly, 65 per cent gave South Australia an agreement rating of 7-10 out of 10 for ‘Adelaide has a positive self-identity’, a huge increase from the 36 per cent rating in 2015.

“There is an improved vibe across age groups.”

“Only 3 per cent of regional South Australians gave a rating of less than 5 compared to the 11 per cent in metropolitan Adelaide.”

The mind and mood survey looks at 15 aspects of the state and found a strong improvement in mood since 2015. South Australia’s top performing areas, all experiencing strong performance are:

“While there is perceived improvement across the board, there are continued weaknesses,” Dunstone said.

“Yet there is the view that South Australia is heading in the right direction.”

The five weakest performing areas in 2020 are:

South Australians aged above 65 rate South Australia consistently higher than other age groups. The lowest ratings for employment, the economy and cost of living are from 50-64 year olds. 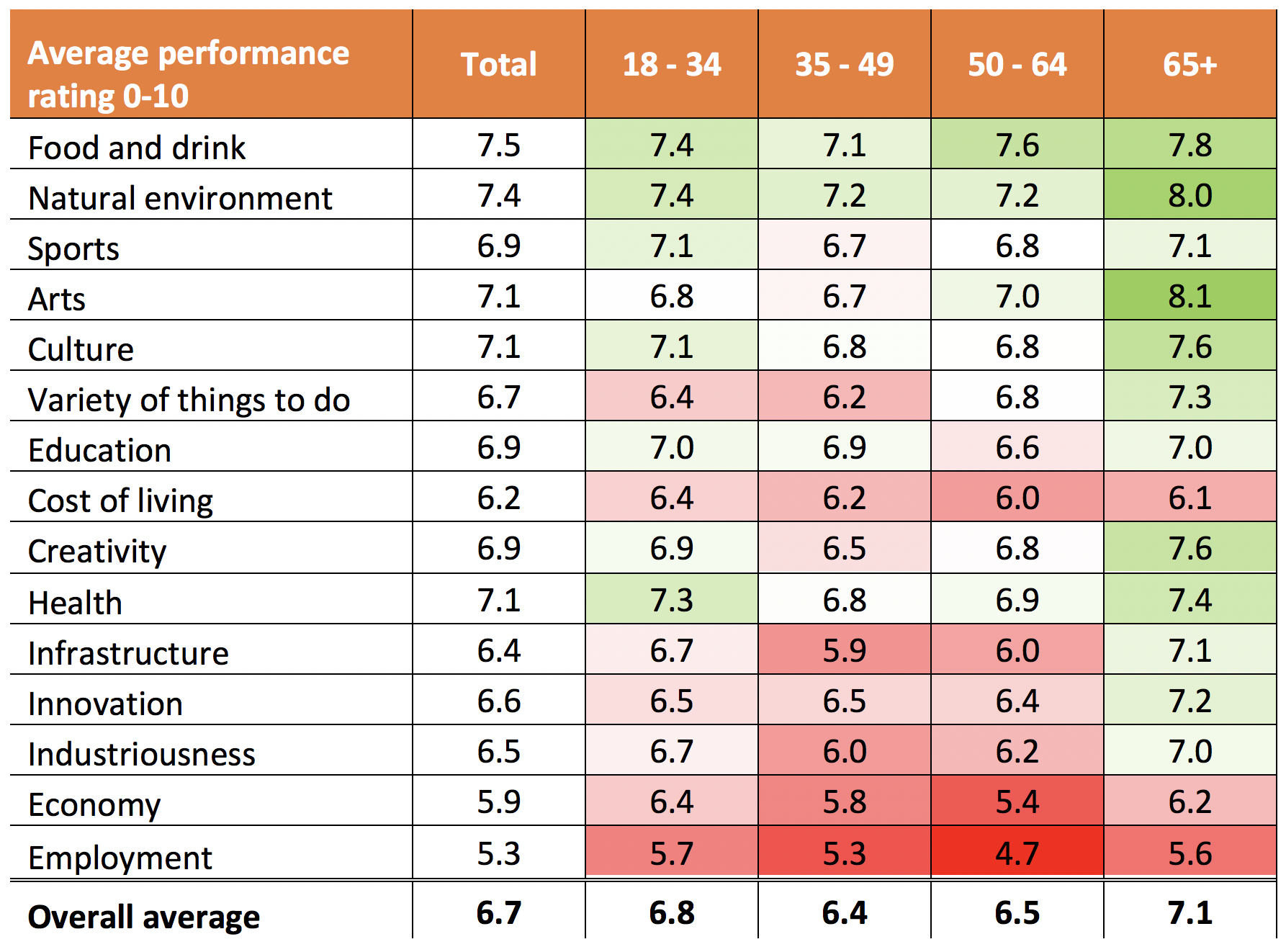 “Ratings from males and females were generally consistent,” said Dunstone.

Regional South Australians provided higher ratings, with sport the only rating lower in regional areas than metropolitan Adelaide (6.6 vs 7.0).

Tax-free boost for buyers and sellers

“The general population historically have higher approval ratings for their governments in challenging times such as those the world has recently being travelling through during COVID 19.

“From Square Holes’ research over recent months, the government is viewed as generally performing well over the past few months, but this largely comes from comparing how well Australia is emerging from COVID-19 compared to the rest of the world.”

Dunstone said respondents largely compared how well Australia was emerging from COVID-19 compared to the rest of the world.

He said that as the restrictions have come down in South Australia, the community was rejoicing in the state’s wonderful food, culture and natural environment.

“Fears remain as to how the fragile South Australian economy will cope, and the need to bolster this moving forward,” Dunstone said.

Next week’s mind and mood update will look at the increasing focus on supporting local businesses and how price and difficulties in finding good local products affect these good intentions.

Visit the Square Holes website for more insights or to get involved in the South Australia Mind and Mood Research.