Former Don Dunstan Foundation executive director David Pearson has been announced as the inaugural CEO for the Adelaide-based Australian Alliance to End Homelessness. 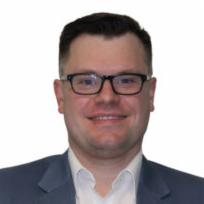 While the alliance has existed for a number of years, Pearson is the NGOs first CEO.

Prior to his appointment, Pearson was a board director of the organisation and led the design, implementation and development of the Adelaide Zero Project, working to end street homelessness in South Australia’s capital and worked as an advisor for the Institute of Global homelessness.

He said people sleeping on the street “is not normal, we shouldn’t accept it and I’m delighted to be taking on this role to help support the growing movement committed to changing this.”

Pearson’s new appointment is one of three fellowships established by the Myer Innovation Fellowship to help fund leaders for some of the nation’s most pressing social and environmental challenges.

Additions to technology board

Adelaide-based technology communications company MGM Wireless, the maker of the SPACETALK kids smart watch and app, has appointed two new directors to its board, Martin Pretty and Brandon Gien, taking the leadership team to five.

In 2007, Gien was appointed a senator of the World Design Organisation, the world body for industrial design, where he remains chair.

Joining Gien on the board is investment and finance expert Pretty, who has held a number of positions in the finance sector, most recently as director of boutique investment manager Equitable Investors. He has also worked as a finance journalist with the Australian Financial Review.

In her new role, Lopes will be working with defence companies including BAE Systems, Naval Group and Lockheed Martin on projects such as the Hunter Class Frigate program and the future submarine program.

Before her most recent appointment, Lopes spent the previous three years as an export adviser to the Department of Trade and Investment.

Clota, who replaces Christine Cook, has almost two decades of experience in the health sector, including as CEO of the health education organisation ModMed and in leadership roles with the Royal Australian College of General Practitioners (RACGP) and SA Health, where she transitioned SA Pathology operations to the new Royal Adelaide Hospital site.

The State Procurement Board, which oversees South Australia’s procurement operations for public authority, has appointed four board members to the body corporate. They are: SA Health CFO Jamin Woolcock, deputy chief executive for the Department of Correctional Services Jacqueline Bray, executive director of people and corporate services for the Department of Planning, Transport and Infrastructure Judith Formston and fellow of the chartered institute of purchasing and supply David Grant Henchliffe.

Allan Norman Holmes has been reappointed a member of the State Planning Commission while the Carrick Hill Trust, which promotes and encourages public interest in the South Australian estate, has appointed members Peter Kennedy and Deborah Schultz  until May 2023.

The Veterinary Surgeons Board of South Australia has named Philip Hutt on the board.

Top of the food chain

The Adelaide Central Market Authority is searching for three board members to help influence the direction of the authority.

A subsidiary of the City of Adelaide, the Adelaide Central Market Authority is governed by a board of directors which aims to make a valuable contribution o the economic, social and cultural wellbeing of the precinct.

Meanwhile independent grocer Drakes Supermarkets has advertised for a new chief information officer to develop and execute the company’s information and technology strategy.

Drakes Supermarkets director, John-Paul Drake, told InDaily, while the position had been vacant for the past two years the company’s CFO had been responsible for the finances and ICT integrations “during our distribution centre build to ensure consistency and seamlessness across the entire project.”

“With the distribution centre now successfully operating out of Edinburgh North, Drakes are accelerating our focus on ICT infrastructure, digital innovation and transformation projects to drive the business even further.”

The opening of the distribution centre last year coincided with the family-owned business’s split with wholesaler, Metcash, a subsidiary of Foodland Group. The spilt left Drakes Supermarkets in control of its own marketing and brand strategy.