On midday Monday, Federal Government restrictions aimed at containing the spread of coronavirus came into effect.

The extra measures include the indefinite closure of bars, restaurants and gyms across the country.

But a growing number of South Australian fitness studios have moved their classes to the digital sphere in a bid to stay afloat while helping those in self-isolation keep fit and maintain positive mental health.

Fleurieu Yoga owner Kristin Nelson said holding classes online was not something she had ever planned to do but she hoped a flexible approach would allow her to keep staff employed.

“It felt like the most responsible thing to do,” Nelson said. “I run a business, I have staff and I was very aware of wanting to take care of everyone but also minimise the potential to spread anything further.

“This felt like something we could do, that there is a choice here to do something different, so I just decided to go for it.”

She said the teachers were streaming classes from the Aldinga-based studio.

“I was able to do it relatively easily. A few tears were shed, but I got there with minimum stress.

“I emailed all of my students and told them what was happening… I did this last week before everything was forced to close. I thought maybe I was being a bit rash but my gut feeling was it was the right thing to do for me and my students.”

One of the pilates class at GROW coaching and Pilates 5214 before life was forced to move online.

Nelson said about “a quarter or less of the students” had so far taken up the online classes.

She said she was relying on more people to join for the business to cover the ongoing cost of rent and employing teachers.

“I’m encouraged by the response so far and what we are calling ‘silver linings’ – people who are either already quarantined, self-isolating, home with kids… all of a sudden are able to practice.”

In another part of the Fleurieu, GROW Coaching and Pilates 5214 have started providing free pilates classes.

Pilates 5214 director Elle Marsden said she was using the forced closure as an opportunity to “pay it forward”.

She said while she usually charged for casual classes, she wanted to help keep communities connected by offering free sessions, with a view to reassessing the situation once the lockdown had lifted.

“I can afford to give something that’s a little more community-minded right now. I’m not having to pay overheads in my space at home, so it’s great to be able to provide that for the greater community,” she said.

“Anyone can join for free while we’re in isolation. Things are getting tight out there.”

In the city, North Adelaide Fitness Centre owner Aaron Ramsey said the club had begun using a closed Facebook group to live stream a number of workout sessions yesterday in a bid to keep “people happy, healthy and not just sitting at home.”

“This is about people: having live people in front of you, making mistakes, tripping over. It’s authentic to our brand and it keeps people connected to see that.”

The gym, which previously ran a mix of about 50 Les Mills classes, functional group circuits, weight lifting and personal training sessions, has adapted its workouts to be done at home.

Ramsey said they had dropped to roughly 20 classes each week.

“You can use household items as weights or use body weights. From a cardiovascular point of view, you can use the floor space as weight or do body weight exercises. 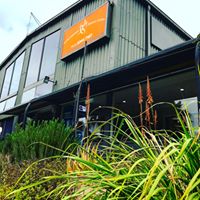 He said he had to let go of casual staff last week after the gym lost members affected by growing economic uncertainty.

“We already had to start making cuts, which was due to a lack of income that started Sunday night. From here, we’ve picked a core group of staff that we can reopen the gym with… whenever that is,” Ramsey said.

“The majority of the stimulus packages are not free money – we do need to pay it back, so we’re going to be heavily loaded on the back end, in two or three years from now.

“So, the more we can keep on top of bills at the moment, the better.”

He said while some people had chosen to cancel or place their memberships on hold, many of the centre’s long-term gym goers wanted to continue supporting the business.

“We want to be able to have an active membership base that’s ready to open and come in when reopen the gym again,” he said.

“It’s been a bit of a tough run … We had an arson attack two years ago that we’ve just put behind us… We’ve only just got back on our feet.

“This is an opportunity from a business point of view, it’s not all doom and gloom, it’s a chance to hit the ground running by bringing members into our brand and engaged with our business as well. Although, at the moment my head’s not there yet.”