South Australian company Praxis Aeronautics has been developing its solar UAV technology since 2016 and is building a demonstration drone to display at the Australian International Airshow and Aerospace & Defence Exposition from February 26 to March 3.

Praxis is already in discussions with major drone manufacturers in the United States about forming partnerships to supply their solar wings and hopes to have an agreement in place so it can begin manufacturing test wings in the coming months ahead of its first commercial sales by the end of the year.

Praxis co-founder and Director of Innovation and Manufacturing Cameron Donaldson said having the solar cells built as part of the wing rather than affixed to it solved the power to weight and fragility problems associated with previous solar drone designs.

He said improvements in battery technology was needed to allow the solar wings to keep a drone in the air around the clock.

“When you get to that whole day of flying stage then the next milestone will be drones that can fly through the night and that requires a huge jump forward in battery tech,” Donaldson said.

“The finish is the same regardless of what kind of cells we use, but the weight is slightly different,” Donaldson said.

“What we’re finding is the cost of GaAs cells is prohibitive for a number of the commercial uses but with defence it’s not really cost that’s been holding them back, it’s how rugged you can make them.

“It’s a waterproof product so we’re also talking to companies about putting it on unmanned surface vessels, which are the equivalent of drones for the water.

“We also see applications in things like equipment cases with solar cells embedded for charging hardware like drones when they are being carried around.

“Defence has a huge problem with batteries at the moment – everything they have is thirsty and thirstier than the commercial equivalent and everything takes different batteries.”

Praxis is also developing a miniaturised 60-gram power management system to maximise solar generation and the flow of charge to the battery.

The solar cells are the second novel composite manufacturing process Donaldson has developed. Originally a high-end boat builder, he developed the solar integration process as an extension of a process he devised for the marine industry.

The solar cell side of the business began in 2016 when Donaldson won the Australian eChallenge, a competition for startups run by the University of Adelaide.

Donaldson said the majority of long-range drones were petrol driven, which tend to be louder, heavier and more expensive to maintain and run.

“We decided to start with drones because UAVs are a really good way to prove the technology in a manageable way,” he said. 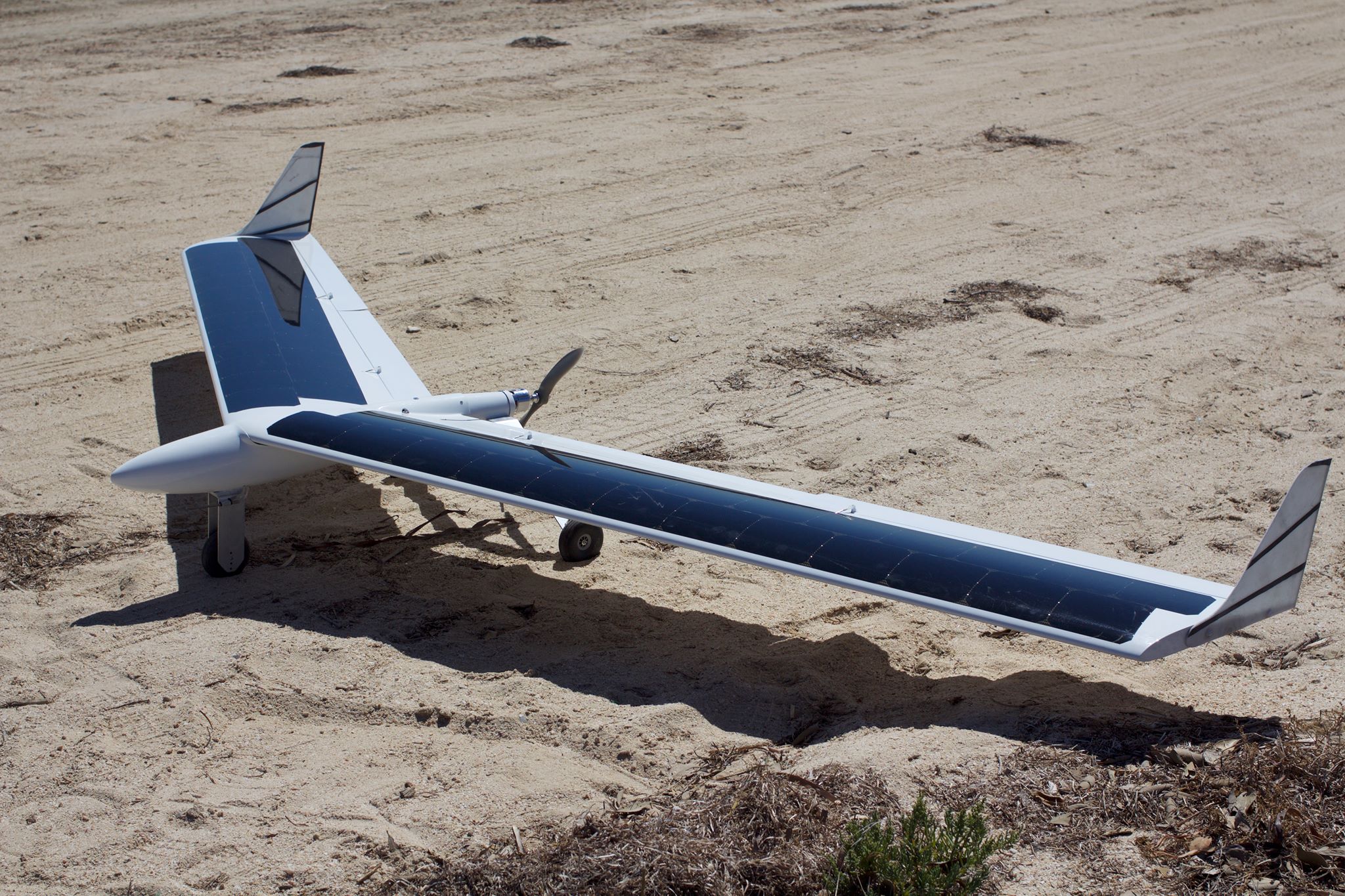 Praxis took its tech to the United States last year where they met with several drone manufacturers who they are in discussions with about potential partnerships.

They will be among 24 South Australian companies showcasing products and services on the Defence SA stand at the Avalon Airshow, the largest in the Southern Hemisphere.

Donaldson said that while Praxis could build entire drones it was decided it would be best if it just became a wing supplier so it could focus solely on its solar integration.

He said following the successful US trip, Avalon would be an opportunity to engage with leading defence and aeronautics companies from around the world.

“Taking it over to America we got this really fantastic response that showed we were the leading integrator of solar into drones and now we want to showcase that,” Donaldson said.

This story was first published by The Lead South Australia.