Krix Loudspeakers has been making systems in in Hackham since the 1970s and has enjoyed record global sales in the past three years.

The company has about 25 staff, including five Krix brothers, and has made speakers for more than 3500 cinemas in more than 30 countries worldwide, as well as thousands more systems for private homes.

Exports have grown to now account for about half of its revenue, which is split fairly evenly between cinema and consumer home hi-fi/home theatre markets.

The recent growth has been largely driven through a partnership with Dubai-based VOX Cinemas, the Middle East’s largest and fastest-growing cinema chain, which has more than 300 screens in the region. VOX has cinemas in the UAE, Oman, Egypt, Bahrain, Lebanon and Qatar.

A second cinema chain in the Middle East has also started using Krix systems, and a distributor selling into the consumer home cinema market is boosting sales to the region.

Another 200 Krix systems are planned for the region in the next two years.

Commercial cinema sales director Ashley Krix said China was also emerging as an important market, with about 30 cinemas installing the Australian sound systems in the past few years.

He said the rising middle class in China and India was an important driver of demand for its high-end home cinema systems such as the MX-20 and MX-30.

“Every year since about 2015 has been the best year on record and this financial year is looking better again,” Ashley Krix said.

“We’ve just done cinema shipments to Muscat in Oman, so throughout the region it’s been pretty good.

“The first Indian cinema has just installed a Krix system and China is growing steadily for our cinema products.  We have also seen very strong growth for our consumer home products in both of these markets. 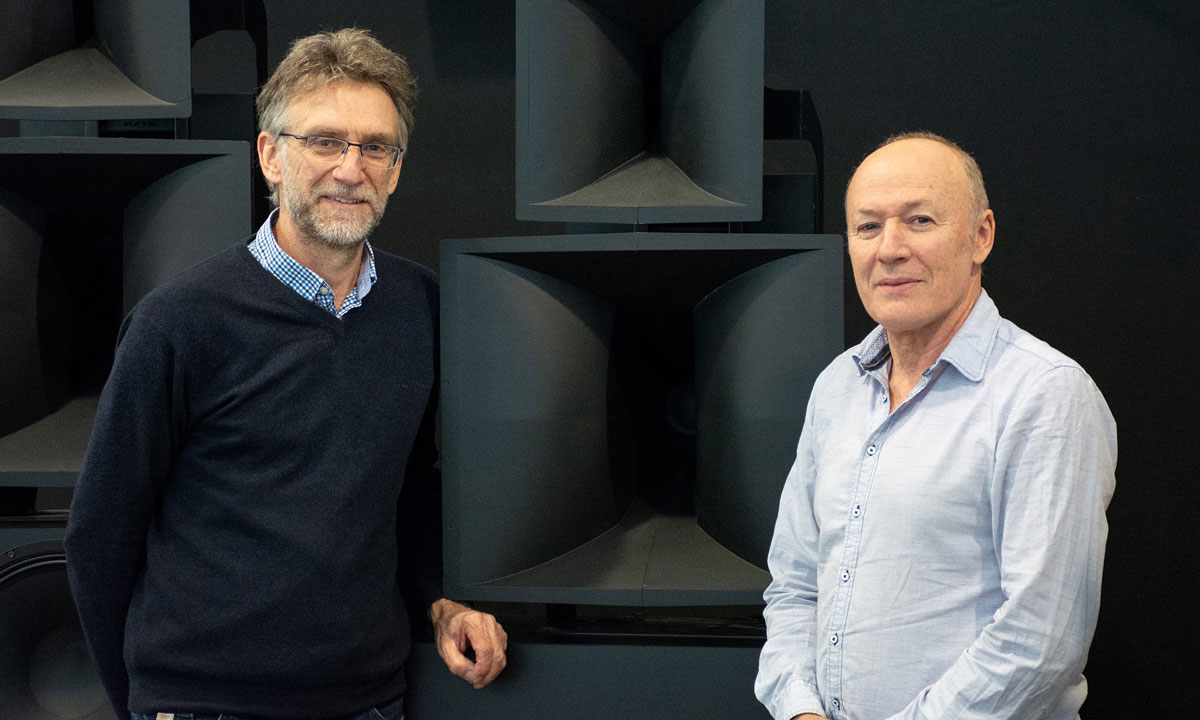 Electronic engineer Scott Krix started the business as a consumer hi-fi speaker manufacturer out of his garage in 1974 and soon opened a small shop in Adelaide.

But the big break came in 1980 when the Capri Cinema down the road in Goodwood became the first theatre to have a Krix system installed, and within five years they were providing sound in cinemas all around Australia.

Export took off in the 1990s but the GFC, which led to soft demand and a high Australian dollar, almost crippled the business.

“The Australian dollar went above parity so not only was the world in a recession, we were also struggling to remain competitive, so we had to find more efficient ways of manufacturing our products,” Ashley Krix said.

“So we developed new software programs for our CNC machines to make the products more efficient, better, stronger; we improved all sorts of things and then we started pushing ourselves harder to develop new markets and it’s all now paying off.

“In a way we’re glad we went through it – we don’t want to go through it again – because we learnt so much and if we didn’t go through it we may not  have made some of the changes to make  us better and more efficient.”

Ashley Krix said while it was difficult to compete purely on price against multi-nationals with products mass-produced in low-labour-cost countries, Krix had developed a reputation for reliability, acoustic performance, build quality and service.

“We have to compete on the world stage and we can manufacture competitively just through the way we’ve managed to engineer our products without them being built down to a price,” he said.

“We’re a first-generation family-owned business – Krix is our family name, so it’s very important to us that the customer is happy with what we do.

“I do remember when videos came out and then DVDs, we all thought people would stop going to the cinema, but I think people still want to go out and there’s nothing quite like seeing it in the cinema but the sound quality and picture quality has got to be there.”

Andrew Spent is a journalist with The Lead.