China Southern will begin direct flights to Adelaide from Guangzhou from next week, in a move that is expected to almost double Chinese tourism numbers to South Australia over the next year.

But how will Chinese visitors navigate Adelaide’s disparate attractions?

The city council is about to roll out Chinese language directional signage across the city and material tailored to WeChat – a Chinese instant messaging and social media platform with more than 700 million active users.

WeChat is a curious beast: while it’s fundamentally an instant messaging service, like WhatsApp, it also allows users to share posts and interact with friends, and gives businesses the chance to create their own channels.

Pavement decals and taxi signs in Mandarin, with QR codes linking to the council’s WeChat channel, will appear from next Monday ahead of the first China Southern flight on Tuesday.

With three direct flights coming to Adelaide per week through the China Southern deal, the council is establishing its own WeChat channel to provide practical travel information, as well as tips about where to eat, what to do, and where to stay.

A paper presented to a council committee last night said about 30 “China relevant” city retail and hospitality businesses would be included in the counci’s WeChat channel in the first instance, with the number predicted to rise.

The WeChat channel will go live on Monday.

Chinese language signs are also being rolled out across the city by Friday this week, with a welcome billboard in Mandarin to go up in the parklands early next year.

The State Government is also adding Chinese language signage in Adelaide and some regions, with roadside signs in Mandarin being put up to direct tourists to key attractions such as the Barossa.

Australian International Visitory Survey data shows South Australia attracted 38,000 Chinese visitors in the 12 months to September – a tiny fraction of the more than one million Chinese who visited Australia in the past year.

Tourism Minister Leon Bignell highlighted the potential upside of improving these statistics this morning when he was out spruiking new Chinese language signs ahead of next week’s inaugural direct flight.

“While only about nine per cent of total visitors to South Australia are from China, they are contributing about 25 per cent of the total spend in our state,” Bignell said.

“This shows our strategy of targeting high-end visitors is working, and with China Southern flying here direct next week we expect both visitor numbers and the amount they spend to continue to increase.

“For the first time visitors will be greeted with Chinese language signs at Adelaide Airport, on our main roads and key spots in the city. It’s so important we cater for Chinese visitors and these signs will play a significant role, in not only welcoming them to Adelaide but ensuring their overall experience in South Australia is even more enjoyable.”

The overall statistics show an improvement in South Australia’s international tourism performance, with numbers hitting a record 430,000 in the 12 months to September – 9.6 per cent higher than the 392,000 recorded the previous year. 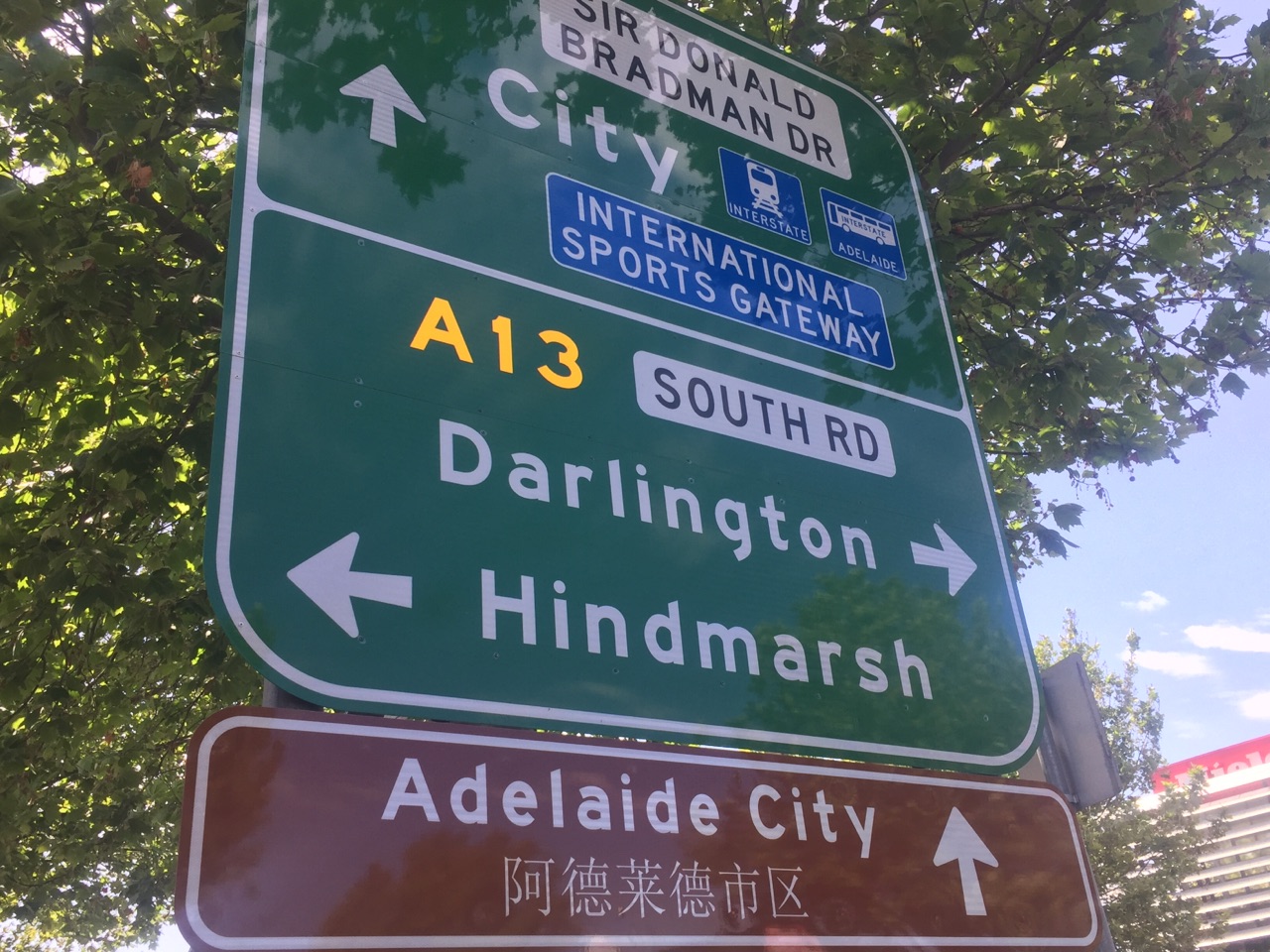 A Chinese language sign on the route from the airport to the city, put up this morning. Supplied image

Lord Mayor Martin Haese said the council’s “China ready” training for businesses had been embraced by retail and hospitality operators in particular, with sessions regularly booked out and a waiting list.

He said the economic benefits of the direct flights would be enormous.

“I think every plane arrival brings the equivalent of $1 million in contribution to the South Australian economy,” Haese said. “They (the new flights) will almost double tourist numbers over the next 12 months. That’s pretty significant in anyone’s terms.”

However, he said that the increase in Chinese visitors would do more for South Australia than boost businesses.

“I think, culturally, it will be good for Adelaide too,” he said.