The memorandum of understanding was signed by the French Ambassador to Australia His Excellency Christophe Lecourtier and Premier Jay Weatherill on Friday (25 November). It aims to facilitate stronger economic ties but also co- operation in education, research tourism and the arts.

Ambassador Lecourtier said the agreement would help French and South Australians institutions work together to create the most appropriate “landing pad” for the expected influx of French companies surrounding the project to build 12 submarines in South Australia.

“We have created what we call Team France, an informal institution gathering all French organisations supporting our economic presence in Australia, to create more visibility and efficiency,” Ambassador Lecourtier said of the team that includes the Embassy of France, Business France, the French Australian Chamber of Commerce, French Foreign Trade Advisors in Australia, and the Honorary Consul of France in Adelaide, Susan Crafter.

“We are in a way, working together with Team South Australia to create a kind of landing pad – the appropriate tarmac – for all these actors that are willing to come.”

The Ambassador said the relationship went far beyond the submarine project won by French shipbuilder DCNS and extended to a “much broader and deeper relationship in many, many fields”.

“Of course it has to do with sharing technologies and bringing more French companies to Australia that might become suppliers of DCNS for the contract but it also means reinforcing relationships with science, universities, everything that has to do with innovation,” Ambassador Lecourtier said. 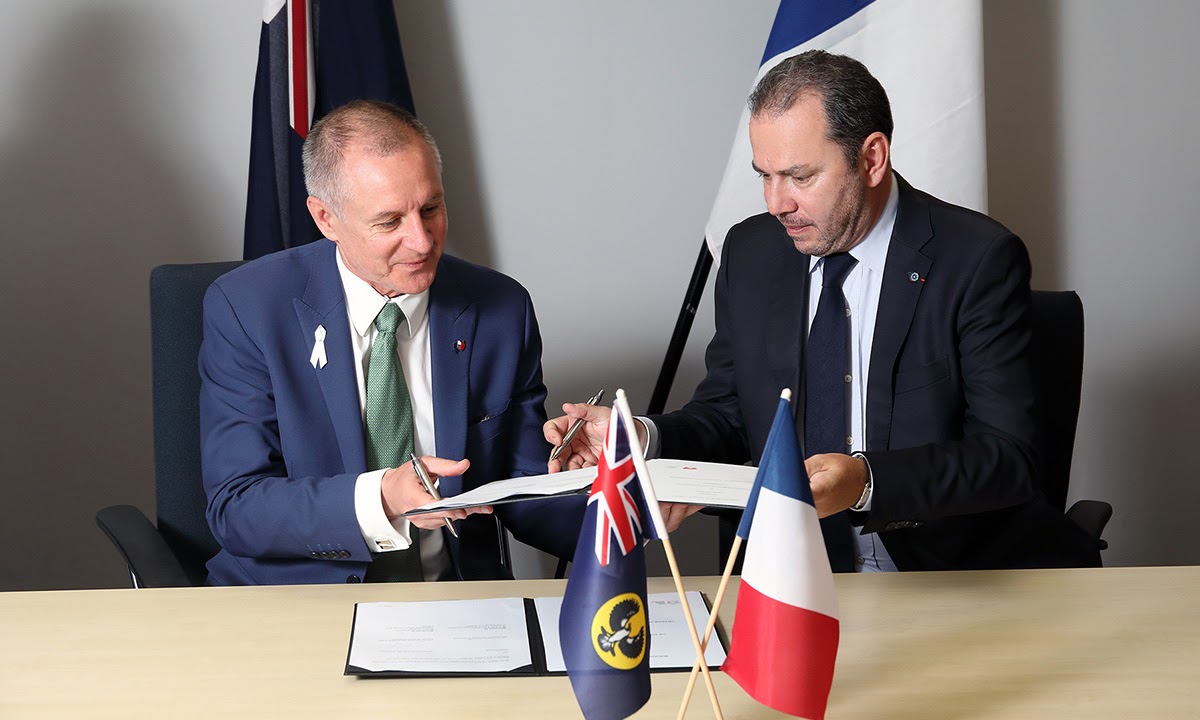 Weatherill said the agreement with Team France to expand the cooperation beyond the shipbuilding project itself was a necessity because thousands of people will exchange between the two regions.

“There is a foundation of necessity to deepen our relationship because what we have jointly committed to do is to build one of the most sophisticated manufactured products on the face of the planet, on two different sides of the globe. That’s a massive undertaking. It will require a extraordinary degree of cooperation,”  Weatherill said.

Ambassador Lecourtier said that Team France would increase its presence in South Australia.

“We shall reinforce the team of our honorary consul in South Australia to take care of not only the French who will come but also the actors who will come here to try to push their projects. They will need local support,” he said.

“The local chapter of the French Chamber of Commerce has been re-launched and its new board includes 20 French and South Australian companies.”

The ambassador said that beyond business connections, France and South Australia would need to cooperate in developing a very skilled workforce.

“Most of the workforce will be South Australian so DCNS will do whatever is necessary to make this program a success,” he said.

“We know we will need skilled people during the construction phase but more than that we need to train the people who will probably invent, here in Australia, the next generation of submarines.”

Solstice Media has partnered with the South Australian Government to provide information about our state’s international connections and engagement.