The Power, which in December reported its first annual profit since 2007, has been aggressively targeting the growth potential of the Chinese market, a relationship similarly cultivated by Premier Jay Weatherill – a noted Port supporter.

While the Memorandum of Understanding signed today won’t guarantee that will happen, the high-level support suggests the best opportunity yet for Port to realise its Shanghai dream, with the league’s assent that the club will not forfeit a home game a significant bonus. Both Adelaide teams are contractually obliged to host 11 games a year at Adelaide Oval, but McLachlan told media the AFL had in principle agreement from a second club to participate – which would be compensated for losing a home game of its own – although he would not name the potential suitor.

McLachlan said Port had done “outstanding work in the last four years to rebuild its position and profile within our competition”.

“The AFL will work with Port Adelaide to explore all available options to take a first game for premiership points into China,” he said.

Thomas said today “is a day that has been the culmination of a lot of hard work and, to be honest, a day that many thought would never happen”, while the Sydney-dwelling PM controversially enthused that “AFL is the most exciting football code”.

And the Power is flying high off-field, also revealing a new partnership agreement with major Chinese property developer Shanghai Cred. While the club is coy on the quantum of the three-year deal, it is described as a “multi-million dollar agreement”.

It could be a strategic one for the state-backed developer, which has been linked to the mooted sale of Adelaide-based “cattle king” Kidman and Co. A foreign takeover was blocked late last year by federal Treasurer Scott Morrison, who deemed it contrary to the national interest given the company comprised about 1.3 per cent of Australia’s total land area and 2.5 per cent of Australia’s agricultural land.

But Thomas insists Shanghai Cred’s founder Gui Guo Jie is simply “captivated by Australian football and wishes to partner with Port Adelaide to bring AFL to the people of China”.

Weatherill, who last week returned from leading the state’s largest ever trade mission to China, told InDaily he dined with Gui on the trip.

“I had dinner with him the other day there, and he told me he’s completely sanguine about that [Kidman and Co deal],” he said.

“Whether or not he’s successful in that investment, he remains committed to Australia and new opportunities in South Australia.”

Weatherill said Gui’s “analysis about why [to invest in] SA is pretty simple”.

“It’s politically stable, it’s safe, it’s a place where he enjoys spending time, there’s no political conflict, no history of animosity, he doesn’t detect any racism when he has dealings at any sort of level… interestingly, the timezone is important, generally being in the same timezone as China [makes investment dealings] quite manageable.

“We’re already seeing a substantial investment in WA, NSW and Victoria [by Chinese companies] but SA is beginning to be discovered by very large, powerful interests in China.”

Weatherill said SA had opportunities for inbound investment but lacked “capital and markets… and China have plenty of capital and plenty of markets”. 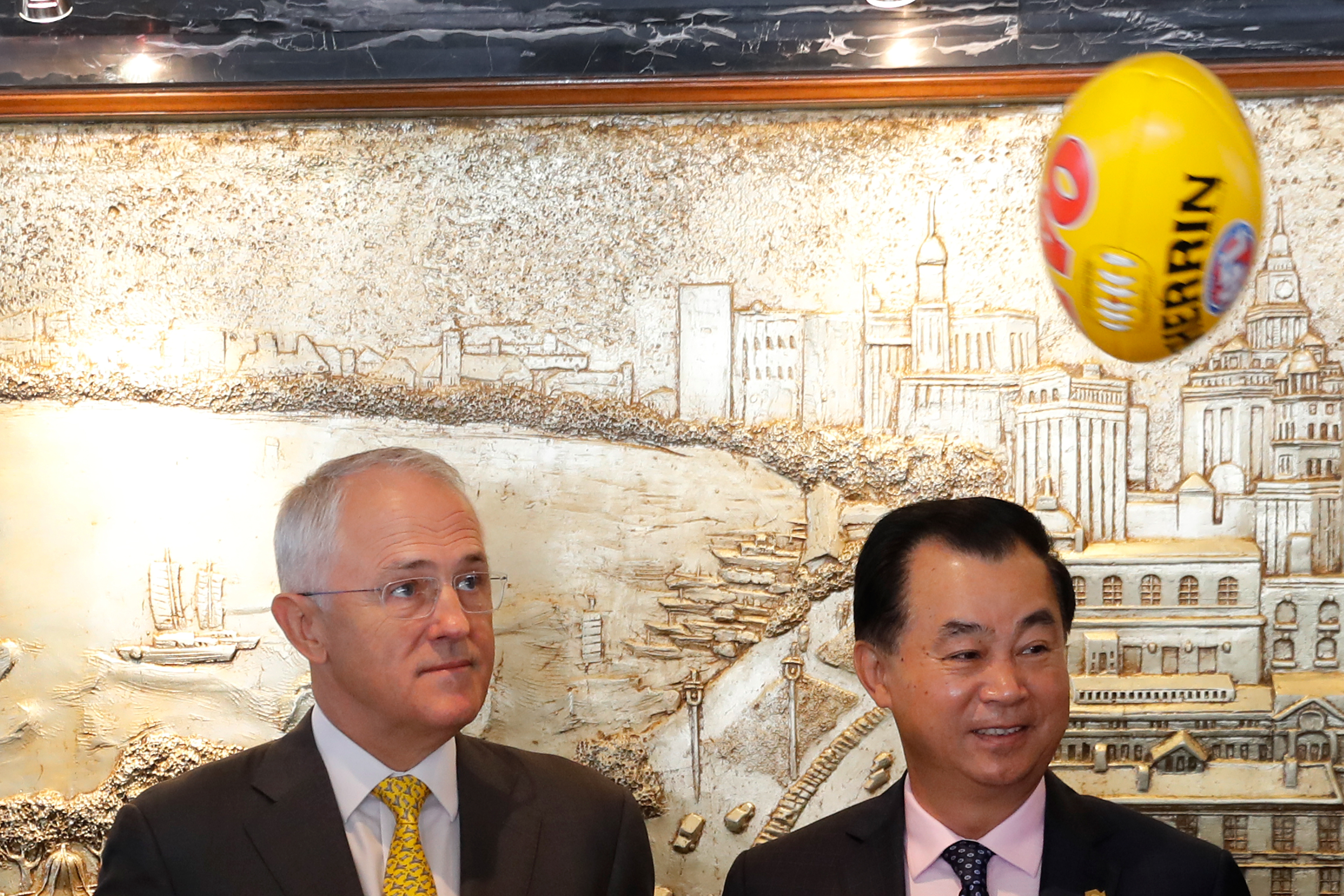 Today’s suite of announcements – which Weatherill described as the state’s “very first substantial payoff, if you like” of its Chinese engagement – is a significant reward for Port’s persistence in the region, which saw it headhunt Hunter from the Premier’s office last year.

The club has been long reliant on AFL equalisation funding and narrowly avoided folding by dint of a league bailout in 2011.

The Shanghai Cred agreement will see further co-sponsorship of the South China and Guandong AFL, Team China and Auskick, as well as ongoing “broadcast opportunities” on China’s state-run media network CCTV and unspecified “other networks”, if any express an interest.

“It’s part of the work that actually Andrew started when he was working with me,” said Weatherill of his former speechwriter, adviser and one-time international volleyballer Hunter.

“It’s the sports diplomacy idea – people through sport cultivate connections, through which flows relationships, from which flows business partnerships.

“They’ve reached out to this builder, Mr Gui, he’s just become fascinated with AFL and they’ve attracted him as a very substantial sponsor, leading to a relationship between Australia and China… so much so that the Prime Minister was there today.”

A great day to join @PAFC at the Shanghai signing. Bringing AFL to China is brilliant. pic.twitter.com/nrGmZmZqEG

The Weatherill Government is kicking in $250,000 to a Port-produced documentary series – made in partnership with Adelaide company 57 Films, which controversially accompanied Weatherill on recent trips to film his media appearances – that will shadow the progress of Chinese AFL aspirant Chen Shaoliang and air on CCTV.

“Millions of people will tune in – that on its own is an amazing opportunity,” Weatherill said.

Unfortunately, Chen recently ruined his knee in a training mishap and will not take the field in 2016.

“In one way you’re looking at that as a disaster,” said Weatherill of the impact on the series.

“But they’re actually trying to look at it constructively, and look at ways they can apply our sports science here in Adelaide to get him right.”

He said that could showcase other potential business opportunities to the Chinese market.

Gui said in a statement today Australian Rules “requires courage, strength and stamina along with teamwork and strategy”.

“From my perspective, the game of AFL exceeds all other ball sports in terms of its combative nature,” he said.

“This partnership will promote and share the beauty of AFL in China and will enlighten and enrich our sporting culture… I have great confidence that once this sport is imported into China, it definitely will gather a huge group of fans and refresh the cultural exchange between China and Australia.

“I strongly believe this moment will be firmly framed in the sports history of our country.”