The figures come on the heels of the state’s largest ever trade mission to the region, with Jay Weatherill returning from China and Hong Kong spruiking a string of new agreements – including a commitment to master-plan a “premium tourism offering” within Cleland Conservation reserve, with ties to SA’s tourism exhibit at Hong Kong’s Ocean Park.

“If South Australia can achieve just a small share of that market we would dramatically transform our tourism sector, creating many thousands of job opportunities.”

Chinese investment in 2015 reached its second highest level, behind the peak year of 2008, with investors taking advantage of the lower Australian dollar.

But South Australia, despite its concerted and high-profile effort to court China, has slipped behind the Northern Territory in terms of direct investment, and trails way behind NSW, Victoria and Queensland.

According to the report, SA attracted just three per cent of total Chinese investment in Australia in 2015.

The completed deals in 2015 in South Australia were overwhelmingly in the energy sector (93 per cent), followed by agribusiness (7 per cent). 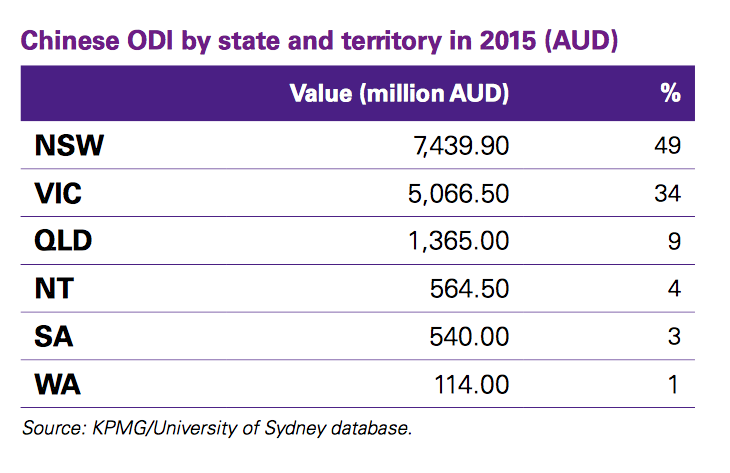 Weatherill focused on the upside, saying today the agreements settled during the trip “could be transformative for the South Australian economy”.

He said business had reached dozens of agreements for the sale of goods and services amounting to “millions of dollars”, including a meeting in Hong Kong with Dr Alan Zeman, who he said was considered the “father of modern Hong Kong”.

Other achievements highlighted by Weatherill included a heads of agreement signed by the Shanghai Electric Power Generation group and Leigh Creek Energy Ltd to explore the joint development of a gas-fired power station in South Australia. The Leigh Creek coal mine was closed by Alinta last November.

“The agreement is positive for the Upper Spencer Gulf, providing hope for towns such as Port Augusta, Whyalla and the northern regional town of Leigh Creek,” Weatherill said.

The Premier also pushed an agreement with the largest ICT manufacturer in China, InSpur, to explore direct investment in SA.

Australia is the second most favoured foreign country for Chinese investors, after the United States where Chinese invested $US118 billion in 2015 – up 14.7 per cent.

The report says seven “mega” deals each worth more than $500 million accounted for much of the investment in Australia, with four well over $1 billion.

Sixty-five per cent of all deals were worth less than $100 million.

Ninety-four per cent of the total real estate investment was in NSW.

The report said Chinese investment in mining was shifting towards non-ferrous metals, including gold, lithium and copper.

Investment in agriculture was still small, but emerging, with 2015 the first year to show substantial growth. There were 12 deals worth a total of $375.2 million in sectors including dairy, beef and cotton.

Chinese agribusiness firms expect to benefit from the China-Australia Free Trade Agreement in the long term.

But they also believe that the free trade deal has raised the growth expectations for Australian agriculture, which will lead to a higher valuation for assets and higher prices.

NSW attracted the most Chinese investment, with 49 per cent, followed by Victoria with 34 per cent.

Western Australia attracted less than one per cent of Chinese investment, reflecting the dramatic fall in global prices for commodities in the resources sector.

The Northern Territory attracted $564.5 million of Chinese investment in 2015, placing it ahead of SA, WA and Tasmania for the first time.

South Australia attracted $540 million of investment, of just 3 per cent of the total investment in Australia. 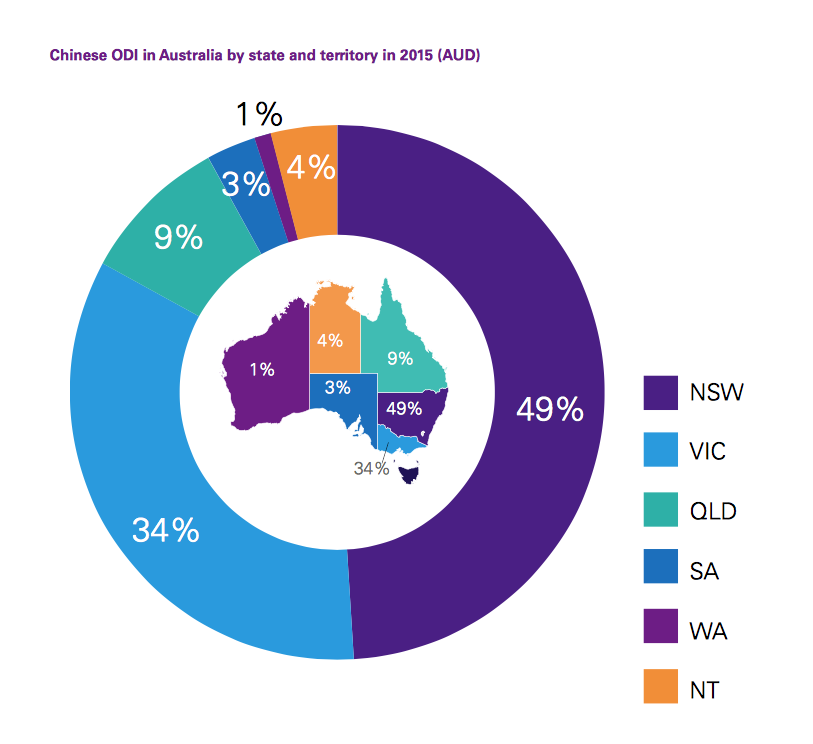