The supermarket landscape in SA is about to be tested as the state’s “new kid on the block”, Aldi, officially opens its Parafield Gardens store, the first of four to open tomorrow with 50 stores planned for the state.

The giant German supermarket chain will shake-up SA’s unique grocery sector and local independents – a powerful force in this state, particularly through the Foodland brand – are bracing for a difficult 12 months.

South Australian Independent Retailers group executive spokesman Colin Shearing told InDaily metropolitan Adelaide was “well stocked” with supermarket choices and there was only so much of the grocery “pie” to go around.

Shearing said the SA’s population needed to increase and economy had to improve to sustain a larger grocery sector.

“We are one of the most saturated states in the world for supermarkets,” he said.

“Coles and Woolies are our direct competition and Aldi is now the new kid on the block.

“The pie is going to remain the same but unless our population explodes in the next six months everyone is going to be affected.

“It will be a tight squeeze unless the SA economy picks up.”

And it’s a considerable pie to compete for.

Latest Australian Bureau of Statistics figures on retail showed South Australians spent $621 million on groceries in November 2015, the highest since the ABS began tracking the sector in April 1982.

SA shoppers spent a whopping $720m on food, plus another $50m on specialised food during November. On top of these, we spent $48.7m on retail liquor, a product being closely monitored by SA independents and Aldi.

Surprisingly, the competitors could turn out to be unlikely allies as they have weighed into the debate for supermarkets, in addition to Coles and Woolworths, to stock alcohol.

Whether alcohol can be sold in supermarkets is among a raft of 32 questions being put to the public by the State Government in one of the first reviews of liquor laws in almost 20 years.

Submissions for the review, being overseen by former Supreme Court Judge Timothy Anderson, closed on Friday.

Anderson will submit his findings to the government on June 30.

Last week Aldi told InDaily it would support a move for alcohol to be sold in supermarkets, bringing its SA businesses inline with its eastern border stores.

Shearing said the independents welcomed the opportunity to be involved in the discussion with the view of seeing wine and other liquor stocked in independent supermarkets.

“We want to give customers a choice and it’s about convenience for the customer,” he said.

He said the law change to stock alcohol would open up opportunities for local grocery and wine businesses to support each other.

“If Coles and Woolies can do it, why can’t we?”

Aldi’s individual display style and products burst onto the Australia market about 20 years ago and, after some consumer scepticism, the brand quickly became a skilled and difficult competitor for “The Big Two” – Coles and Woolworths.

Last year the chain was publicly acknowledged as a real threat to the Australian supermarket duopoly.

Credit rating agency Moody’s stated Aldi’s aggressive campaign into Australia had hit smaller supermarkets and was quickly gaining ground on the dominance of Coles and Woolworths.

That campaign has now spread to SA with a recruitment drive underway to employ and train some 400 staff to fill positions at 50 stores planned around the state.

Not surprisingly, “local” has been put forward in the battle for the grocery dollar and SA independents are banking on their relationships with regional suppliers and “small business” image to keep customers.

“What consumers need to understand is where is their dollar actually going back to?” Shearing asked.

“Our [dollar] is going back to SA, it doesn’t go back to Germany.”

Aldi said they also stocked local items, selling $121m of everyday groceries from SA suppliers, and more than $20m in produce sourced from SA growers in 2014.

“Aldi already enjoys strong, long lasting relationships with suppliers in South Australia and our planned expansion will result in increased volumes, as well as more opportunities for other local suppliers to partner with us,” Aldi said.

Whether it’s the appeal of price, the local products or the quirkiness of rollerblades displayed beside the sugar, over the years Aldi has attracted a loyal and valuable band of followers.

Conjuring line-up scenes reminiscent of a rock concert rather than the opening of boxes of bananas and other foodstuffs, the company has attracted a legion of loyal fans. And Adelaide has not evaded the influence.

Expect to see some of the 2000 Bring Aldi to Adelaide or the Aldi Addicts of Adelaide Facebook members among the first to burst through the doors at the Parafield Gardens store. 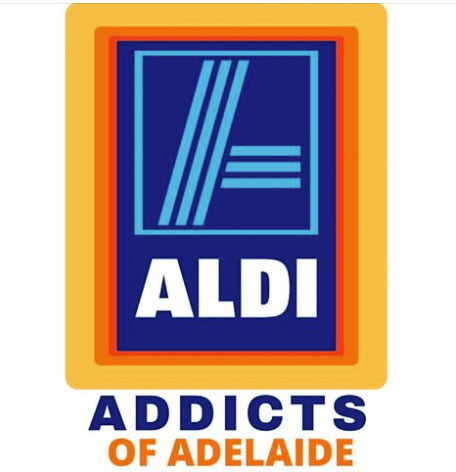 Shearing said the state’s 236 smaller grocery stores were ready for the new entry.

“Our owners welcome the competition.

“We are very parochial in South Australia and we say ‘bring it on’. Bring on the competition.”