Glyn Brokensha’s experience as a physiologist, a general practitioner, a psychotherapist and now an entrepreneur is contributing to significant declines in staff turnover rates within Australian businesses.

“If you have carefully conducted an interview, having carefully read a resume … that contributes – in terms of accuracy of selection for a particular role – only an additional 15 per cent over chance,” says Brokensha.

According to Brokensha, by assessing a person’s personality traits as well as their professional experience, Expr3ss! delivers more accurate staff selection, resulting in lower turnover rates.

In a video on the Expr3ss! Website, national recruitment specialist at Beaumont Tiles, Tracy Schulze, says using the technology has resulted in a huge drop in turnover rates.

“Since we’ve taken on Expr3ss! we’ve reduced our turnover from 20 per cent to 2.5 per cent nationally, which is mammoth,” she says.

“I’d don’t think you’d find many other businesses that have a turnover of 2.5 per cent.

And “we’ve saved the company a heap of money in regards to recruitment costs that we would have normally paid to a recruitment agency, and Expr3ss! has given the right kind of people that fit into our business”.

According to Puratap senior manager Kelly Jorissen, Expr3ss! has helped deliver improvements to the culture of her organisation.

“Obviously culture change doesn’t happen instantly, but this is the way to start,” she says.

“It’s all about personality profiling and matching the right candidate with the right job.

“You can feel really confident that you’re getting the best candidate you possibly can.”

Brokensha was sceptical when his now business partner Carolyn Burns suggested he use a version of the psychometric survey he was using to help his patients as a recruitment tool.

“People self-report the way they feel and the way they are, which is actaully pretty heavily predictive,” he says.

“She said: ‘I think this would work very well for … recruitment’.

“Much to my surprise, it worked like a  charm.”

Depending on the needs of the organisation, Expr3ss! develops a psychometric survey designed to assess candidates “as a whole person”. 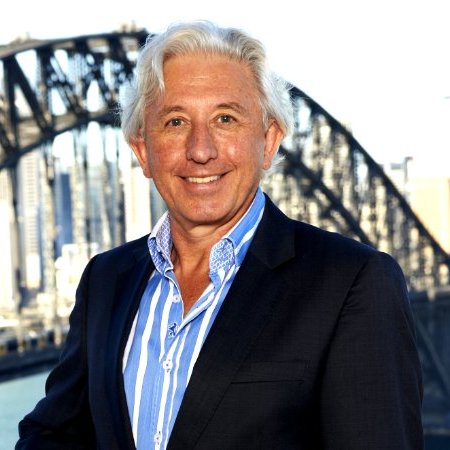 The company is asked to select several existing “exemplar” employees and explain which of their characteristics the company is looking for in a new employee.

Those characteristics the company considers required, preferred and irrelevant are each taken into account when putting together the psychometric applicant survey.

Once the survey is filled out by candidates, a report is produced for the company on their attributes, personal and professional.

Before the full automation of the process around a decade ago, Brokensha personally produced each of the reports.

Now, an algorithm compiles the reports.

Brokensha is keen to stress that all applicants fill in the survey continue to the next stage of the process, and all are considered by the employer.

However, it seems clear that the system allows some employers to reduce the amount of consideration they give to individual candidates.

As Jorissen says, “the traditional way of recruitment is very, very laborious”.

But with Expr3ss! “you don’t need to ring every candidate”.

“Resumé’s are probably one of the last things you’d look at now.”

But Brokensha argues that rather than arbitrarily disadvantaging particular candidates with the software, it often highlights “looks wrong but is right” candidates who may be unfairly judged using the traditional resumé-and-interview process.

And Brokensha admits that some human resources professionals in South Australia have not greeted Expr3ss! warmly, concerned about the work taken out of human hands by the product.

“In South Australian organisations we have HR people who are protective of their turf,” he says.

However, he argues that Expr3ss! reduces the amount of human resources staff time dedicated to “the grunt work of recruitment”.

He says rather than reducing the need for human resources professionals, it can give them more time to do the work they currently do not have enough time for, such as conducting exit interviews, improving employee support programs and focusing on occupational health and safety.

Whichever side of the argument you fall on, recruitment software such as Expr3ss! continues to grow in popularity.

It appears the brave new world is here to stay.