The Nuclear Fuel Cycle Royal Commission delivered its tentative findings on 15 February. It is seeking responses to these findings up until 18 March. I intend to submit this article to the commission for its consideration.

I believe that the Royal Commission has got this wrong and that South Australia should not use part of its land mass as a dump for highly radioactive used fuel from overseas nuclear reactors (called “high level waste”) which, in the Royal Commission’s own words, “requires isolation from the environment for many hundreds of thousands of years”.

The reason why South Australia should not allow a nuclear dump within its borders goes to the heart of cost-benefit analysis involving many generations of people, literally tens of thousands of generations, in this case. Cost-benefit analysis works well when the costs are up front and the benefits accrue into the future. But it falls apart when the benefits are up front and the costs accrue into the future.

This is the case with the proposed high level nuclear waste dump. We are promised an up-front bonanza, after 30 years of construction of the facility, with a net present value of “more than $51 billion (at the intergenerational discount rate of 4 per cent)”.

It would generate $5 billion per year for the first 30 years of its operation, which is about the size of the farm sector, the retail sector, the education sector, the professional scientific and technical services sector and the public administration and safety sector. Effectively, we would add a substantial sector to our economy.

But not in employment terms: the dump would add only about 1500 full-time jobs during construction and 600 jobs once operations began, compared with 800,000 jobs presently in South Australia.

The capital intensity of the dump is very, very high. The dump would require an investment estimated at about $27 billion, to be financed by a pre-commitment by contracted users of the dump rather than the State Government.

But associated with the dump is a risk that lasts for many hundreds of thousands of years.

A normal investment project, like building a bridge, for example, has its investment costs up front and a stream of net benefits (benefits in excess of operating costs) flowing into the future. If the present value of this stream of net benefits into the future exceeds the present value of the cost of the bridge, we should build the bridge. If not, we should not build the bridge. That is how cost benefit analysis works in assessing whether a project should go ahead, or not.

The problem with the high level nuclear waste dump is the inescapable risk … of severely adverse outcomes that we might be passing on to tens of thousands of future generations of South Australians.

But how can we compare the value of net benefits 20 years or more into the future with costs that we are having to meet immediately? Clearly, distant events have less value to us now than immediate events do: the promise of $100 in 20 years’ time is worth less than $100 in your hand right now (if you don’t believe this, I would like to borrow $100 from you today and repay you $100 in 20 years’ time!).

The Royal Commission suggests that this discount rate is 4 per cent per year – a rate which the Royal Commission calls the “intergenerational discount rate”, although there is no consensus among economists on what such a rate is or should be. Many economists believe that in circumstances where multiple generations are involved, the intergenerational discount rate should be zero, or close to it, because we should give the impact of our decision on our descendants equal weight to its impact on us.

Notice in the bridge-building example that the benefits continue into the future. In other words, we are bequeathing a stream of benefits to our successor generations. They will be wealthier as a result, and will have reason to bless their forebears, just as we bless our pioneers for the sacrifices that they made which we have inherited the benefit of.

In other words, we are bequeathing a stream of costs to our successor generations. They will be poorer as a result, and will have reason to curse their forebears for selfishly making themselves better off at their expense. 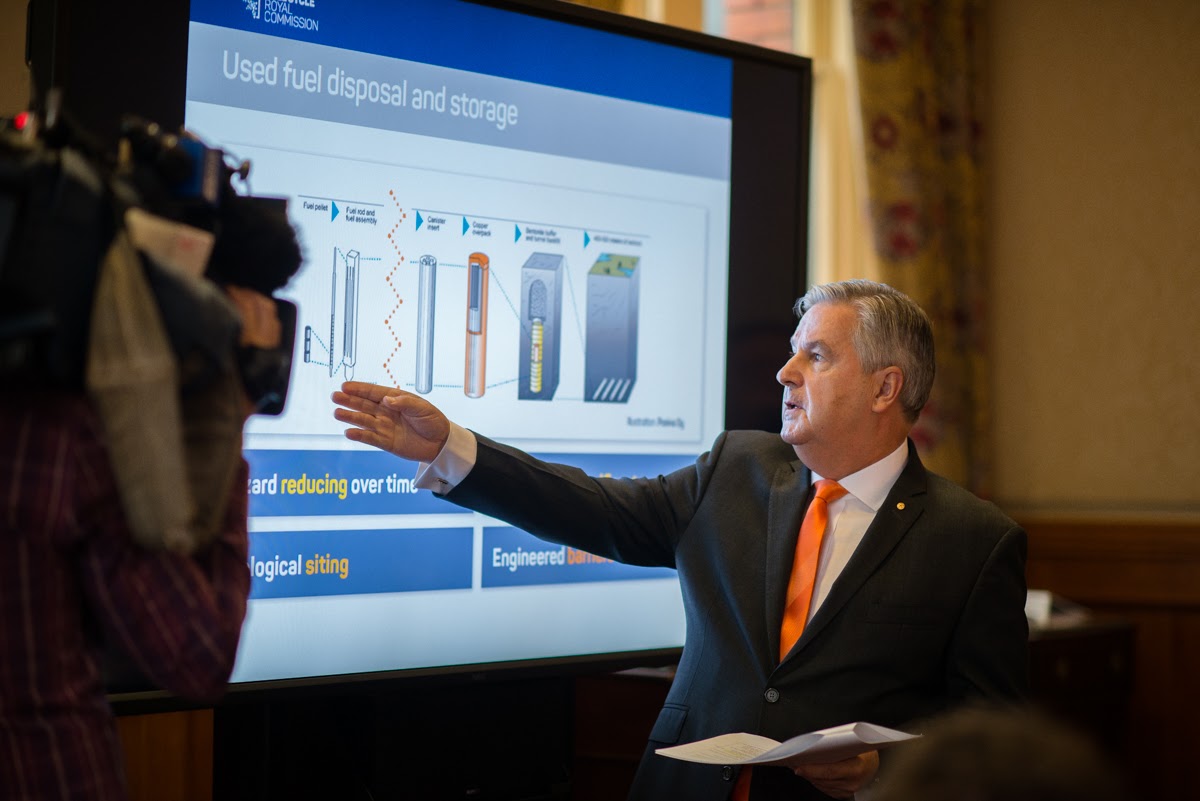 It is like the South Australian Government borrowing to fund current Government spending rather than Government investment in long-lived assets – the interest and repayment bills will fall on future generations while all the benefits are received by us.

Some examples of this problem being dealt with in other contexts are worth providing.

Fisheries, for example, are routinely managed, in all societies, by limiting catches so as to provide long-term sustainability of the fisheries. Present day fishermen would like to catch more today, because they place greater value on fish caught today than fish caught in 10 years’ time. They would maximise the present value of the fishery by catching as much as they could as fast as they could. But, if they did, there would be no fishery to be inherited by future generations.

The cost-benefit analysis of climate change poses a similar conundrum. If we continue to produce electricity by the cheapest means, we will continue to burn coal as a principal fuel. This will add to CO2 in the atmosphere and, through the well-known greenhouse effect, raise the temperature of the atmosphere to an extent that at some time in the future will require major adaptations in how human beings live on the planet. But the benefits of continuing to use coal are up front, in the form of cheaper electricity, and the costs are in the long-term future. When these are discounted at normal rates of interest, most analyses show that we should continue to use coal.

However, like the fisheries example, should we not give our descendants much more weight in our assessment of what we should do? Let us say that we give them virtually equal weight in term of the consequences of our decisions (as Lord Stern did in his famous Review of the Economics of Climate Change, 2006). In that case, the costs of continuing to burn coal rise enormously, and it is easy to show that we should not continue to burn coal.

But stopping countries burning coal places hardship on today’s less developed countries, who argue, cogently, that they have become present-day victims of today’s advanced countries’ selfishness in burning so much coal in the past, if they are not allowed access to cheap electricity by burning coal as we did.

In the past, some economic analyses have also been done showing that children do not pay for themselves over their lifetime (thus purporting to support zero population growth). The reason for this is that the costs of bringing up children are large while their productive contribution comes much later, when discounting of the future makes a big difference.

Such an analysis fails to recognise that parents love their children (in general) and would rather spend money on them as they grow up than on a parrot in a cage, say. Children are not slaves owned by their parents: their well-being forms part of their parents’ well-being.

The problem with the high level nuclear waste dump is the inescapable risk (the Royal Commission says that “it is not possible to know the geological and climatic conditions in the distant future”) of severely adverse outcomes that we might be passing on to tens of thousands of future generations of South Australians.

If we rate their outcomes equally to our own (as we do with climate change, in fisheries management and bringing up children, for example), we should not proceed with constructing such a facility within our borders, whatever the up-front bonanza that we are promised, which may, indeed, be correct.

We should think of what we will leave to our descendants – and not do it.

Richard Blandy is an Adjunct Professor of Economics in the Business School at the University of South Australia.