The report by the state’s Guardian for Children and Youth Training Centre Visitor, tabled in parliament this afternoon, reveals in 2020-21, SA Police arrested and detained children in 20 different adult custodial facilities across the state.

Children charged with crimes were held in adult cells on 2030 separate occasions, with Aboriginal young people accounting for 44 per cent of the admissions.

South Australia has one youth detention facility – the Kurlana Tapa Youth Justice Centre at Cavan in Adelaide’s north – which is run by the Department for Human Services.

However, SA Police can detain children at adult custodial facilities if they are refused police bail and are waiting to appear before the Youth Court.

InDaily last year reported concerns that children were subjected to strip searches and placed in cells within direct view of adult offenders at the Adelaide City Watch House.

At the time, SA Police denied that children were held within view of adult offenders and claimed that strip searches were only conducted on extremely rare occasions.

But Guardian for Children Penny Wright, whose term expires at the end of this month, said an urgent independent review was needed to determine whether the government was complying with child safe principles.

She said her office was also working with the state’s children’s commissioners and Ombudsman to investigate the issue further.

“There is a huge concern about the frequency with which children and young people under 18 are actually being taken and processed in facilities that are designed for adults – they’re not at all child or young person-friendly,” she told InDaily.

“We have a designated youth detention facility at Kurlana Tapa, which takes into account the unique needs of children and young people under 18, yet many are being processed in an adult facility.

“We need a review to be completely independent of government and I’m not particularly concerned who conducts it, as long as it’s independent and credible.” 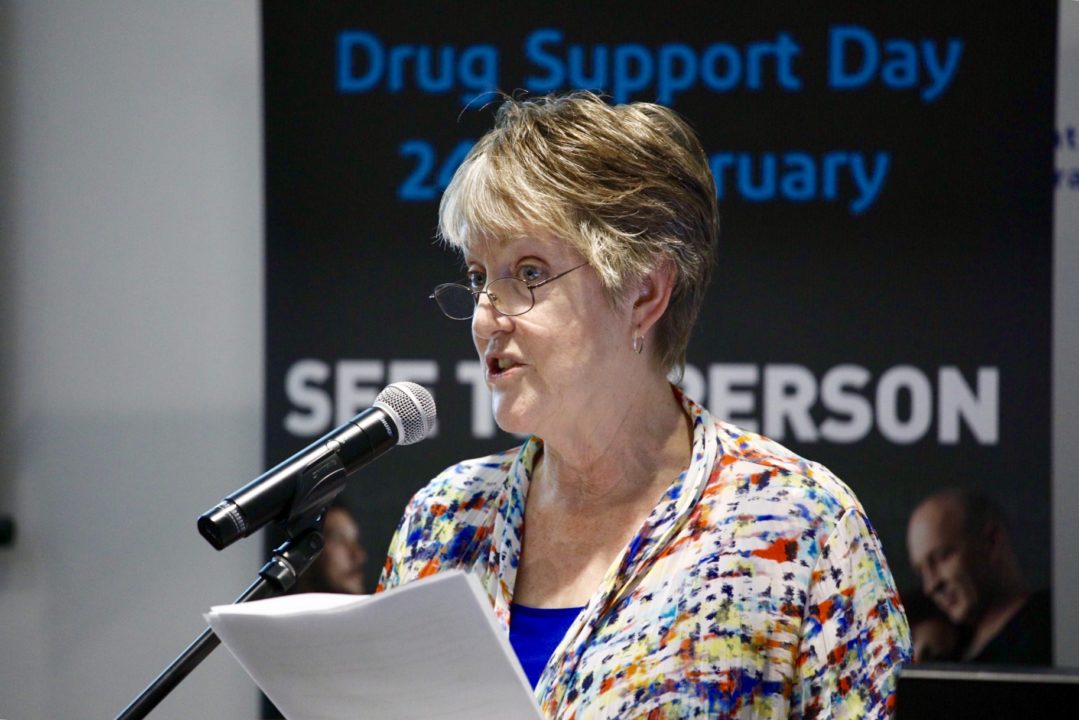 Children who have been detained in police custodial facilities such as the Adelaide City Watch House are quoted in Wright’s report alleging they were physically handled and were not offered privacy.

“When I nearly OD’d (overdosed) on the ground in there and they f****** just kept chucking me around. I kept vomiting they had to keep lifting me up so I wouldn’t swallow my own… vomit so I couldn’t choke. They kept moving me by my f****** hair,” one reportedly said.

Another was quoted saying they didn’t feel safe inside the facilities.

“Well, no [I don’t feel safe], ‘cause like people just watch you and it’s… feral and they’re so aggressive in there…. Cops like there are so rude. You haven’t been rude to them and like they’re not supposed to be arrogant towards you,” they reportedly said.

InDaily contacted SA Police for comment but is yet to receive a response.

A spokesperson from the Department for Human Services said the Kurlana Tapa Youth Justice Centre was undergoing a $21.75 million upgrade, which would include a new eight-bed police custody unit. 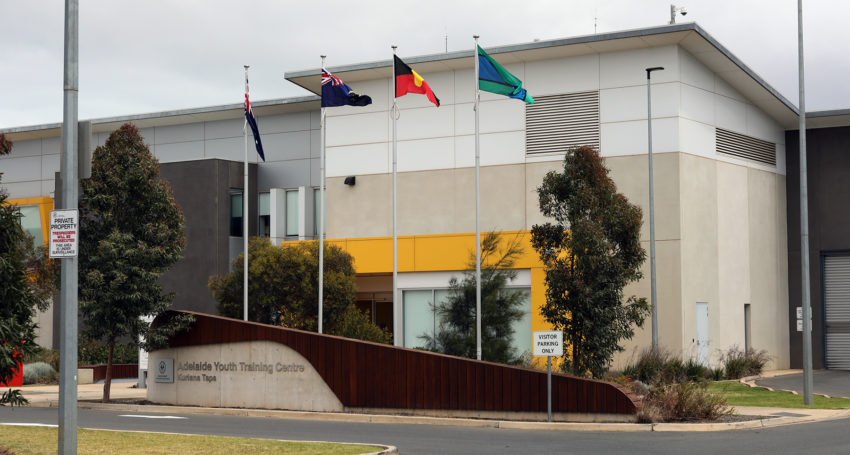 As well as raising concerns about children detained in adult cells, Wright’s report also details the circumstances of 71 South Australian children in state care who were caught up in the criminal justice system – referred to as “dual involved” children.

Children in state care account for about one per cent of South Australia’s overall child population, but comprise almost one third of those in detention.

“Since 2017-18 when I was early-on visiting Kurlana Tapa we were noting that about 23 per cent of the population was made up of children from a care background,” Wright said.

“This year in June we saw the highest number that we’ve noted. On one day, 18 out of the 35 children and young people who were detained at Kurlana Tapa were from a care background.

“That is outrageous and we absolutely need to do something about that.”

The report claimed the government engaged in “systems abuse” by not placing children in appropriate homes or training staff on how to manage problem behaviour.

It stated those practices “foreseeably cause harm to children and young people and help propel them deeper into the youth justice system”.

The report also claimed that police are often called to residential care homes for incidents that should be managed as behavioural rather than criminal matters.

“Children and young people in state care and particularly from (residential) care are not overrepresented in youth justice detention because they are inherently more criminal than other kids,” Wright said.

“They’re not born this way.

Children in care quoted in Wright’s report express concern about their future, revealing they are worried they will end up in the adult justice system.

“I don’t feel safe for my future. I feel like I’m in a road that’s just going to go downhill every day,” one reportedly said.

Another was quoted saying: “I’m nearly 18 so I’m getting a bit worried that I’m going to end up in the big (adult criminal justice) system, ’cause like I had no support from DCP while I was a youth so when I turn 18… what support am I going to have?”

Wright’s report listed 15 recommendations to make residential care units safer for children and to improve accountability and oversight of young people in detention.

She urged the government to implement the recommendations “as a matter of priority” to ensure children in the child protection system are kept safe.

Report ‘absolutely urges us to do better’ 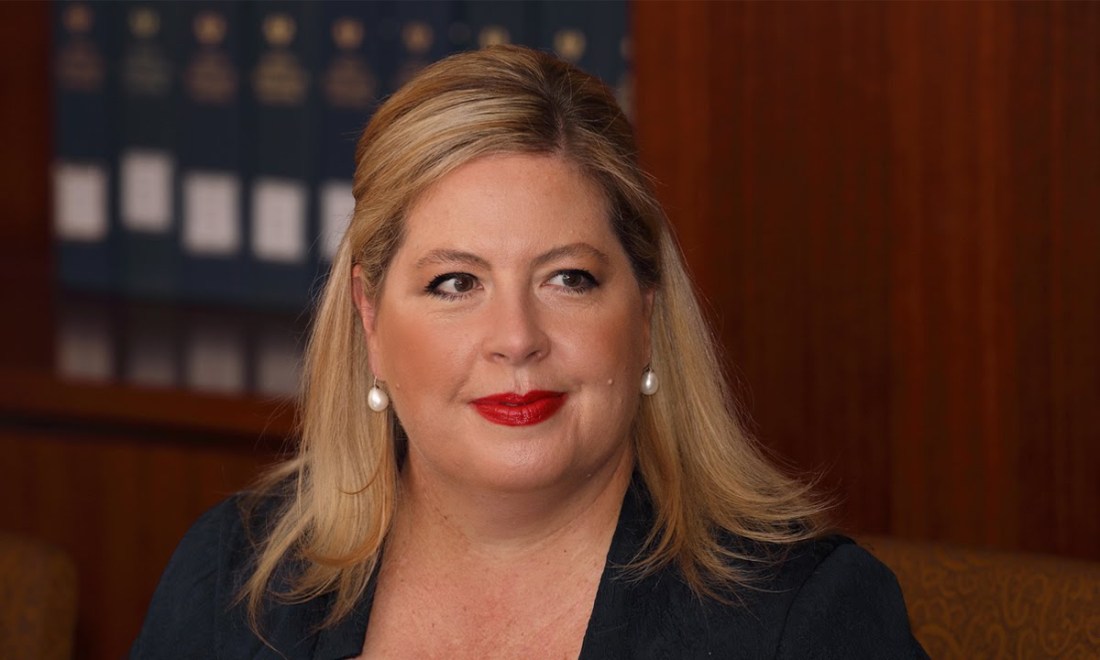 She said the government would “carefully consider” Wright’s recommendations.

“(The report) absolutely urges us to do better; a challenge this Government is determined to respond to,” she said.

“Children and young people in care have experienced serious abuse, harm or neglect, resulting in significant and complex trauma.

“There is no replacing a loving family home, but child protection workers strive every day to create positive living environments for children in care. We are committed to supporting these children in care to recover from the trauma they have experienced.”

Hildyard said the government was progressing several initiatives that address Wright’s recommendations, including reinstating the Child and Youth Person’s Visitor, and providing $3.2 million to improve transition from care and post care support.

She said the government had also invested $128.9 million to bolster the numbers of child protection staff.

“We are committed to working across government and with community and sector partners to ensure young people receive the best possible care, understanding and support across the justice and child protection portfolios,” she said.

A spokesperson from the Department for Human Services (DHS) told InDaily the government would work with the incoming Guardian on “these important matters”.

They said the department was “committed to improving youth justice services and reducing numbers of children and young people in custody”.

“Between 2017-18 and 2021-22, the downward trend of the total number of individual children and young people admitted to the (Kurlana Tapa Youth Justice) centre has continued, with an overall decrease of 11 per cent,” the spokesperson noted.

“The centre has a strong and increasing focus on diversion, rehabilitation and restorative approaches to justice.

“DHS continues to work cooperatively with the Department for Child Protection to enhance the level of support and coordination provided to dual clients, including the transition of young people from custody to care.”

“Under the program, eligible children aged 10-13 can be supervised in a safe non-custodial accommodation alternative to police custody, with additional intensive and rapid engagement and support for the child and their whole family,” they said.