Bowen, who had been seconded to Adelaide from WA Police, died of horrific injuries, while Wallis survived but lost an eye and suffered severe burns. Wallis died in 2018 without seeing the case resolved.

Perre, already a convicted criminal at the time of the blast, was arrested after the bombing in 1994 but then-DPP Paul Rofe determined there was not enough evidence to go to trial. A later coronial inquiry also blamed Perre for the bombing, but it wasn’t until 2018 that he was finally charged ahead of a lengthy trial.

Perre – sporting a beard and long hair, and with his arm in a sling – was impassive in the dock when the verdict was announced, but members of his family appeared distressed and angry, with one supporter heard to mutter “piece of shit, dog”. 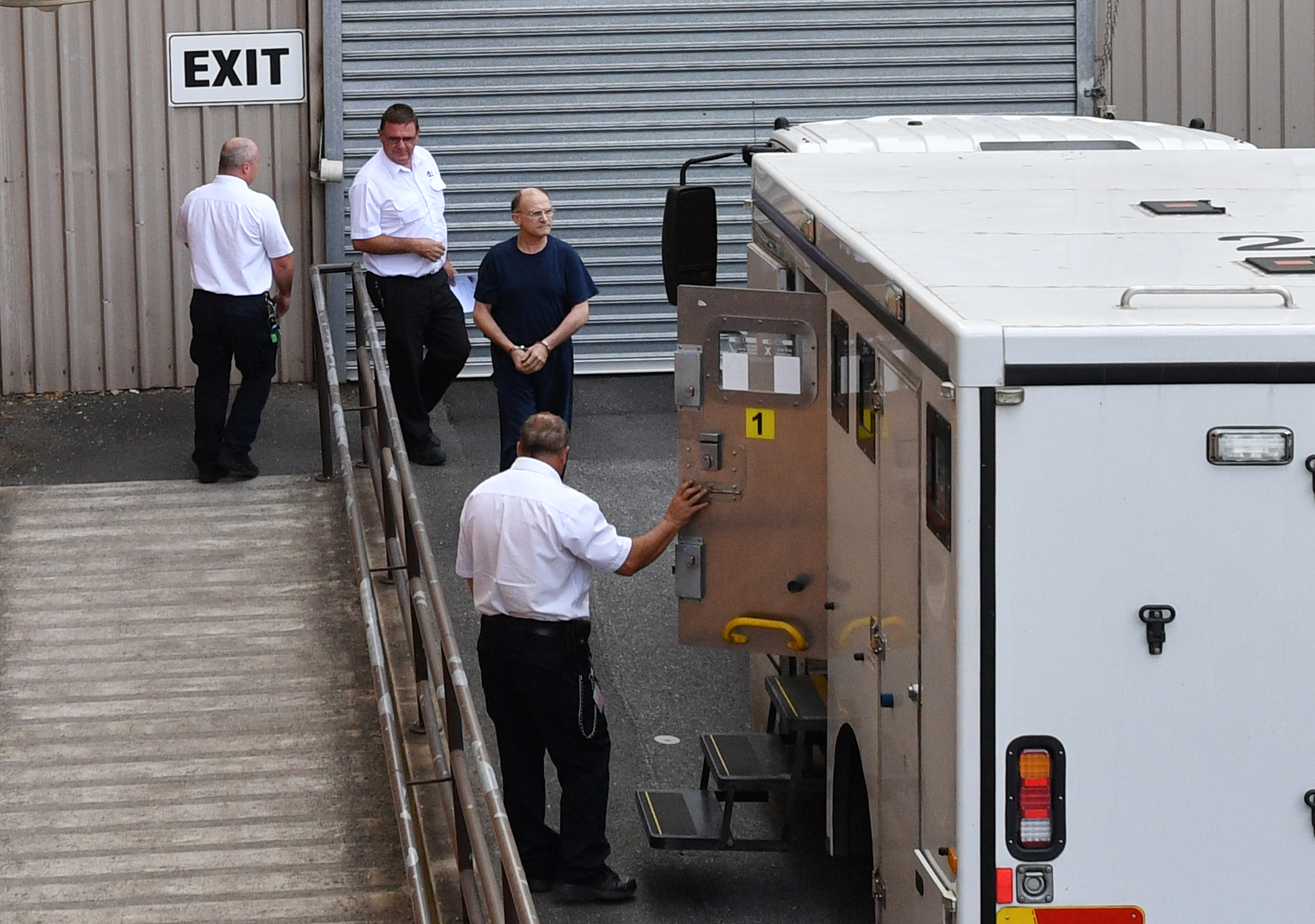 He had, he found, “experimented successfully, at least once, with a high explosive [and] had expressed extreme anger towards and an intention to “get” someone with a small box, ‘a postpak kind of thing’”.

The judge found Perre was “motivated to cause harm to the NCA and to Geoffrey Bowen specifically, and had taken the steps after the NCA bombing to clean and remove shed items at a level of obsession strongly indicative of a fear that inculpatory chemical residue… might still be available to the police”.

“These matters, considered as a whole, establish beyond reasonable doubt that Domenic Perre constructed and posted the NCA bomb and caused the death of Mr Bowen and the injuries to Mr Wallis,” he found.

“On this basis alone, I find Mr Perre responsible for the NCA bombing… Mr Perre’s responsibility is established beyond reasonable doubt.

“I am satisfied that Mr Perre’s responsibility, in fact, is the only rational conclusion that the circumstances established by the prosecution permit me to reach.” 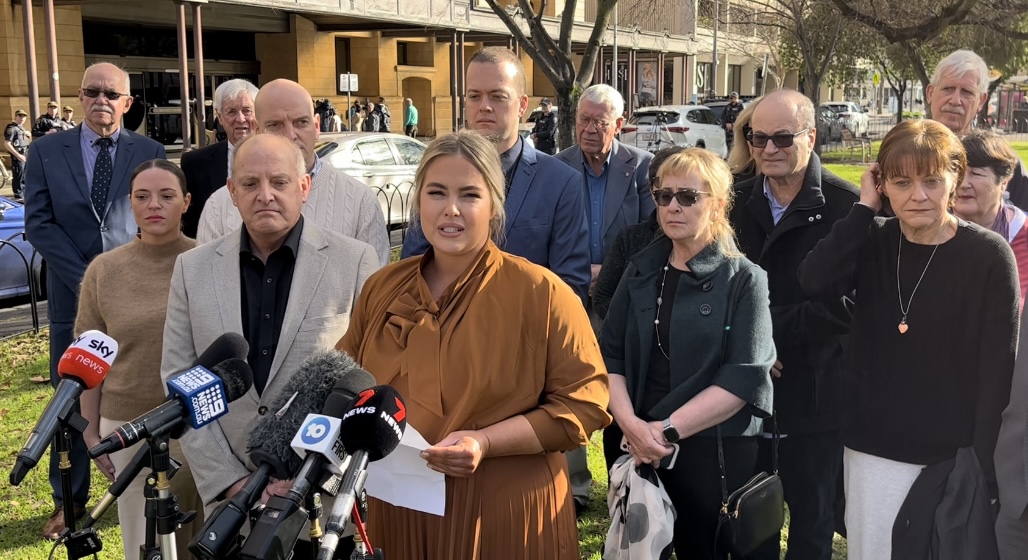 Outside court, David Gorton – the brother of Bowen’s widow Jane Bowen-Sutton – spoke on behalf of the family, saying that “despite the years which have passed since 1994, justice has been served today”.

“This crime was and remains unprecedented in its violence against law enforcement in Australia,” he said.

“On behalf of Jane, Simon, Matthew and the broader family, we offer heartfelt wishes to the Wallis family – we hope today’s verdict will provide some comfort to you, and that Peter may finally rest in peace.”

Wallis’s daughter Genevieve told reporters there was “no doubt” her father “was a different person in the aftermath of the bombing”, saying: “It’s our greatest sadness that he’s not here today.”

“Peter Wallis was a lawyer – he was also our dad,” she said.

“He was a son, a brother, a colleague, a friend and a partner… his life was inconceivably changed on the 2nd of March, 1994, while investigating organised crime.

“As a result of the bombing, Dad lost his great mate Geoff, his career was cut short and he battled daily with the profound physical and emotional scars.”

She said that “as a lawyer and as a human he valued truth and justice above all else” and despite not living to see Perre convicted “he found great solace in the commitment of the SA Police” and other authorities continuing to investigate the bombing.

Major crime detective superintendent Des Bray declared that “today Domenic Perre has finally been held accountable for the terrible crimes he committed in 1994”.

“It’s impossible to imagine the grief that has been inflicted on these families, which has stayed with them for decades,” he said.

“Today’s verdict doesn’t do anything to diminish the pain and loss.

“Sadly, Peter passed away in 2018 – but I know that he was very happy that we’d agreed to commence the investigation and I’m certain he’d be very happy with the result today.”

He thanked all who worked on the case, including police, forensic workers and the “outstanding prosecution” by the Office of the DPP, as well as “law enforcement agencies across Australia and internationally”.

Mario Armiento – Bowen’s friend and colleague at the NCA, which later became the Australian Criminal Intelligence Commission – said a “great weight has been lifted off our shoulders”.

He said that despite “almost three decades of torment… there’s no time limit for a court to deliver the right verdict”.

“Geoff Bowen was seconded from WA Police to work on issues of national importance, and sacrificed his life on one of the nationally significant issues of the time,” he said.

“Adelaide has restored justice with some pride today… it has solved something which some people might have thought was uncomplicated – the cause of a bomb exploding in the heart of a city – but it proved to be one of the greatest challenges in modern policing in Australia.”

Police Commissioner Grant Stevens said the outcome “vindicates the unrelenting effort of SA Police, ACIC and other investigators across Australia”.

“This is the result we were obviously hoping for, a testament to the investigative efforts of so many people who’ve been involved over so many years,” he said.

“We can’t even imagine the impact this has had on the families of Geoff Bowen and Peter Wallis over the last 28 years… you never get over something like this [and] it’s a shame that Peter couldn’t be here to see this result, but I’m sure their families are very happy with the outcome today.” 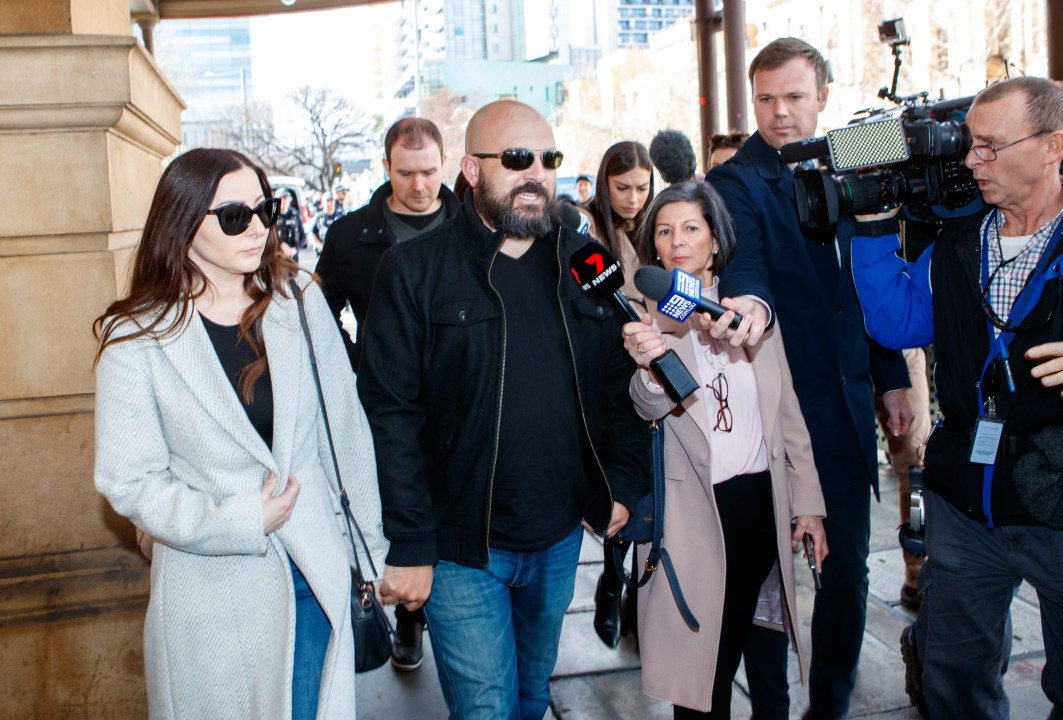 Perre’s family, however, have suggested the verdict will be appealed, with his son Anthony telling reporters as he left court he was “obviously disappointed”.

“We’ll wait for counsel to consider the judgement and we expect the appeal process to take its place,” he said.

Asked whether there would definitely be an appeal, he added: “Until counsel has read the judgement I can’t be confident of anything.”

Perre, who remains in jail on a drug conviction, will be jailed for life under SA’s sentencing laws, but submissions on a non-parole period will be heard in September.