Kiland, formerly known as Kangaroo Island Plantation Timber, yesterday detailed plans to convert standing timber damaged by bushfire in early 2020 into about 900,000 tonnes of biochar over the next six to 10 years, potentially earning $100 million.

Biochar is a charcoal-like substance created through the slow-burning of organic matter such as timber at temperatures of 600-1000C in low or no-oxygen environments, a process known as pyrolysis.

The carbon-rich biochar can then be used as a soil improver on agricultural lands, making carbon available for plants to convert into oxygen through photosynthesis.

It can endure for hundreds of years in the soil.

In what it describes as “the world’s largest new biochar project” the Adelaide-based company expects to yield approximately two Carbon Removal Credits (CRCs) for every tonne of biochar produced for a total of about 1.8 million CRCs.

It says the project has the carbon removal equivalent to the annual emissions from 390,000 cars.

A CRC represents one tonne of carbon dioxide removed from the atmosphere. They can be purchased by carbon producers to offset emissions.

While the market is in its infancy, Kiland estimates it can attract more than $55 per CRC, earning it at least $99 million over the life of the project.

However, the listed company concedes that its actual biochar production may vary significantly from the current indicative estimates.

Kiland has named Sydney-based company Biocare Projects as its preferred partner for project design and CRC marketing and expects the funding requirement for the full project to be about $15 million.

It says Biocare will conduct the pyrolysis of fire-damaged trees through an ‘in-field’ production process on the island.

“Kiland’s project partners have undertaken preliminary trials of this ‘in-field’ process and Kiland intend to undertake a larger-scale trial in the coming six months to confirm anticipated biochar from biomass yields,” the company said in a statement to the ASX yesterday.

“If proven through this trial process, this ‘in-field’ technology is expected to be capable of converting plantation biomass impacted by fire and of no value into a product which may have material value – there is no guarantee the trial process will be successful.

“If the trial is successful, Kiland intends to commence full-scale biochar production within the next 12 months.

“Kiland’s biochar project is expected to be the world’s largest new biochar project with anticipated carbon removal equivalent to the annual emissions from 390,000 automobiles.” 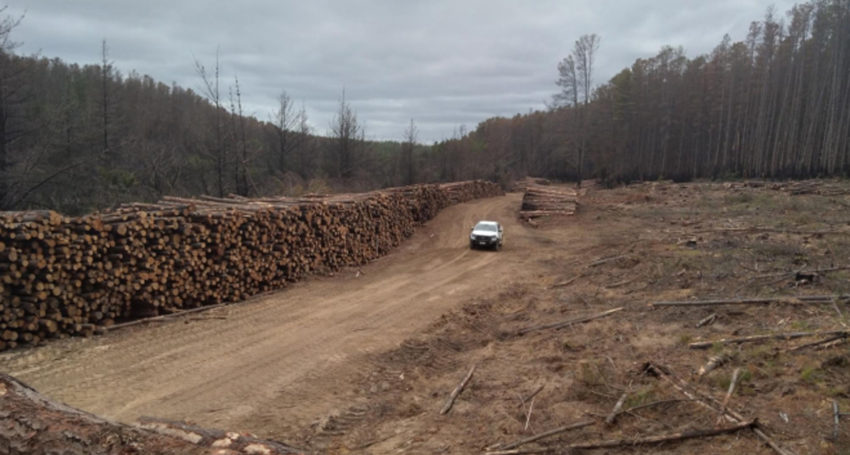 In March, Kiland announced it would bulldoze 14,000 hectares of plantation forest on Kangaroo Island and convert it into grazing land for up to 270,000 sheep and launched a $32 million capital raise to fund the project.

The company owns 18,662ha of potential farmland on the island including 14,433ha of forestry land, the overwhelming majority of which was severely impacted by the 2020 bushfire that devastated western half of Kangaroo Island.

But it announced plans to walk away from the forestry industry last August, days after the State Government rejected its proposal to build a $40 million port at Smith Bay on the island’s north coast.

Since changing its name to Kiland in November, the company has bought back more than 10 million shares at an average cost of $1.26 each to provide liquidity to shareholders following the change of strategy.

Set to begin next month, the remediation on the western side of the island includes the harvesting and grinding of timber, sourcing of livestock water, fencing, fertiliser application and pasture planting before stocking can begin. 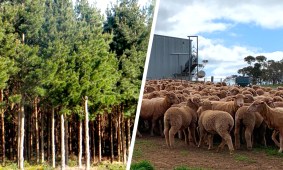 If the biochar project goes ahead, pyrolysis will form part of the process.

The company initially planned to salvage and sell as much of the timber as possible but struggled for 18 months to effectively ship it off the island. But the decision to walk away from forestry came within days of the Smith Bay port rejection.

In April, the company sold its pontoon asset associated with the failed port bid for $6.2 million.

The company’s share price surged by more than 10 per cent following yesterday’s announcement to $1.30, its highest level since March.