Dr John Brayley told a parliamentary committee earlier this week that SA Health’s incident reporting system showed there had been an increase in attempted suicide by patients in mental and general health hospital units since January.

He said SA Health had produced an internal report analysing the “concerning trend”, with authorities currently trying to determine whether the increase is “just a peak that is going to subside or whether it is one that is going to continue”. 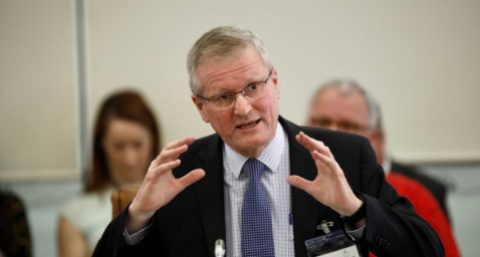 “It has been quite a significant change that can be seen in the data and we are closely monitoring it,” Brayley said.

“(It) appears to have coincided with the Omicron peak (and) the various infection control processes in hospitals.

“It’s not clear but it is something that has been noticed.”

InDaily asked SA Health how many attempted suicides had occurred in public hospitals since January and how that number compares with previous years.

InDaily also asked SA Health whether its internal report would be made public.

In response, a spokesperson from SA Health said the department “continues to monitor and review our mental health services to identify and implement new ways we can improve the system for our consumers”.

“It’s normal to feel stress and worry at this time, and we know the impacts of COVID-19 can impact individuals and communities differently,” a spokesperson said.

Brayley said the increase in attempted suicides had not led to a corresponding rise in the number of deaths due to the “observation and prompt action of nursing staff that has prevented more serious sequelae”.

Public hospitals have strict restrictions in place which limit the number of friends and family allowed to visit patients while COVID-19 spreads through the community.

Adult patients are limited to two visitors per day across all general wards, ambulatory treatment units and critical care units, while emergency department patients are restricted to one visitor per day.

Hospitals can make exceptions for patients in the terminal phase of an illness, or those in palliative care.

InDaily asked SA Health which infection control processes might have contributed to the increase in attempted suicides but is yet to receive a response.

SA Health has previously told InDaily that it recognises the importance of visitors and encourages exceptions to be made on compassionate grounds.

It said metropolitan local health networks would revisit their restrictions once COVID case numbers drop, while regional networks would adapt according to their own situations.

Brayley said there had not been an increase in deaths by suicide in the broader South Australian community since the start of the pandemic.

However, he noted: “What we can see in individual people’s circumstances for those people who have died by suicide, we can see at times COVID-related themes being reported”.

“It (the pandemic) can be a factor but it hasn’t increased the numbers,” the chief psychiatrist said. 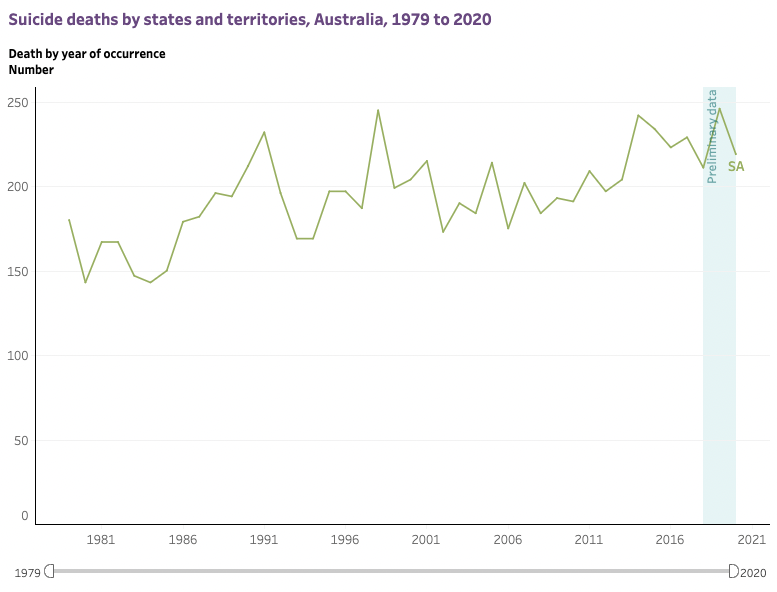 Mental Health Coalition SA executive director Geoff Harris told InDaily there had been an increase in the number of suicidal thoughts and attempts across Australia, but the coalition had not seen any published data specifically showing an increase in South Australian inpatient facilities.

He said isolation and limited contact with support networks was a major factor in exacerbating suicidal thoughts and attempts, and it was “no surprise” that those in inpatient units were impacted.

“Feedback from across the South Australian mental health sector is that services are reporting higher numbers of people presenting with higher acuity concerning suicidal thinking and risk than pre-COVID,” Harris said.

Harris said mental health services needed to increase their capacity to provide community-based support to people to emerge from isolation, reconnect and manage the burdens of COVID.

He said delivering the support in people’s homes and communities would lessen the mental health impacts that come with isolation,

“Unfortunately our capacity in the mental health system to provide these supports, that we know help people, has actually diminished in recent years,” he said.

“We urgently need more investment from (the) State and Commonwealth in this area of mental health in order to help people deal with the issues leading to increases in suicidal thoughts and attempts.”

Nine Australians die every day by suicide, which is more than double the road toll.

Brayley has previously said that South Australia’s health services would be dealing with the mental health fallout of the pandemic for four to five years.

If this story raised issues for you, call LifeLine on 13 11 14. Beyond Blue and headspace are other national organisations that offer comprehensive mental health support.