The latest Australian Electoral Commission figures have independents leading in 10 of the 151 seats in the House of Representatives.

Labor is sitting on 75 seats – one short of a majority – according to the AEC website – which would require the support of crossbenchers to govern.

Daniel said former MP Cathy McGowan had sparked the movement which led to a wave of independents picking up seats.

She said one of the failings of the major parties, reflected in the low primary vote secured by Labor and the Liberals, was a capacity to communicate and collaborate.

“There will be conversations with my incoming fellow independents, but what Australia has elected on the crossbench this time around is a community crossbench, a group of people who seek to genuinely engage with and represent their communities,” she told the ABC.

Dr Monique Ryan is likely to seize the seat of Kooyong from outgoing Treasurer Josh Frydenberg, but he has yet to concede with thousands of postal votes still to be counted.

Ryan said she would only guarantee confidence and supply to the incoming Labor government if she was offered appropriate security about action on climate change and an integrity commission within a set period of time.

She described the swing to her in Kooyong as a victory for a community unhappy at and disaffected with the outgoing coalition government.

This included its perceived lack of action on climate change, integrity and transparency in government and gender equity.

“This is a government that has moved too far to the right,” Ryan said.

“It has been dragged to the right by the Nationals, it has gone in that direction and it is no longer representing the small ‘l’ Liberal heartland.” 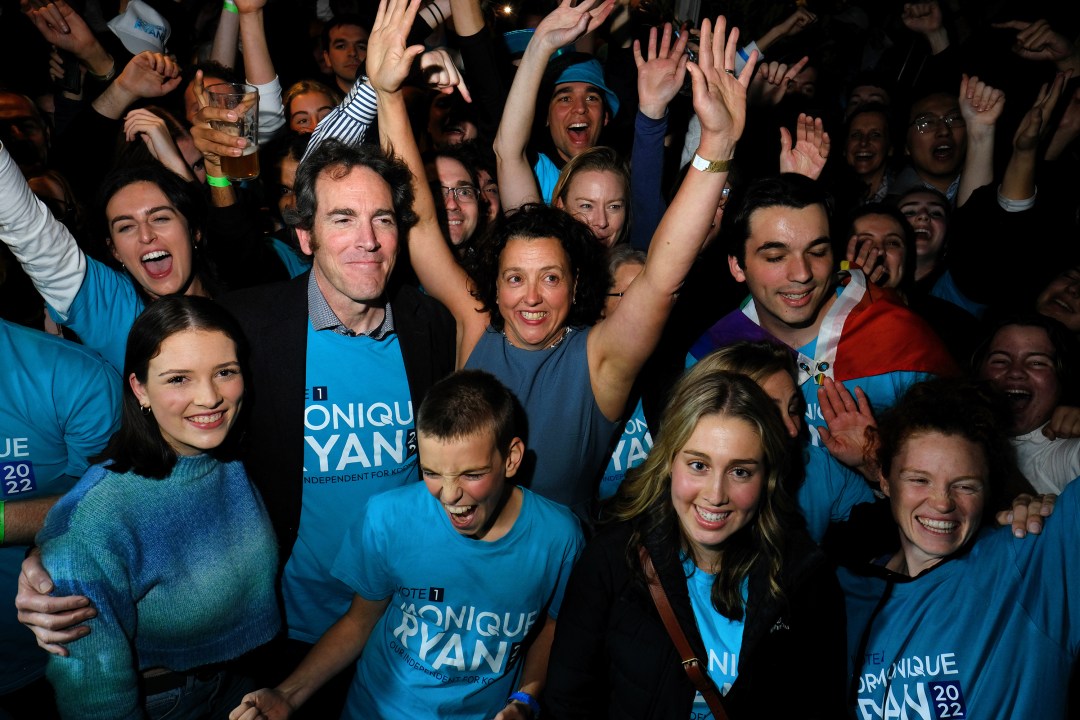 Dr Monique Ryan with supporters on Saturday night after her strong result in the Melbourne seat of Kooyong against former Treasurer and deputy PM Josh Frydenberg, who has not yet conceded. Photo: AAP/Luis Ascui

Frydenberg said the coalition needed to communicate its climate policy better, but he noted the country had not been well served by people seeing the issue through the prism of “belief or non-belief” in climate change.

“It is not a religion – it needs to be seen through the prism of engineering, economics and environmental science,” he told ABC radio.

Asking on Sunday if she was leaning toward supporting Labor or the Liberals in the lower house, Le pointed out both major parties had attacked her during the election campaign.

“My allegiance is to my community and nobody else,” she said.

Keneally was parachuted into the once safe Labor lower house seat after failing to secure a winnable spot on the NSW Labor Senate ticket.

Le attributed her stunning victory to her strong roots in the community, saying Labor voters had told her they “couldn’t accept someone being parachuted in from the northern beaches”.