Ground works have begun for the $84.4 million Morialta Secondary College at Rostrevor, with building construction to start in a few weeks so that classrooms will be able to open to year 7 students at the start of next year.

“There’s enrolment pressure issues all around the place,” Education Minister Blair Boyer told InDaily during a tour of the new Rostrevor school site this week.

“The upside of that is people are choosing public education which is a good thing, but it does mean that we need to be constantly ahead of the game in terms of predicting where it is.

“A lot of the acute enrolment pressures we have seen have been caused by year 7s going into high school campuses where they were already full.

“They (the previous Government) didn’t really plan for the pressure that was going to be caused in the system by the transition of year 7 so now we are trying to play catch-up on that”.

Just three years after its opening, Adelaide Botanic High is being expanded to take an extra 700 students, with Education Department officials this week telling Adelaide city councillors that 1800sqm of Adelaide Park Lands was needed to add a new building.

“Those enrolment pressures are going to stay there,” Boyer said.

“Botanic High is not very old and it’s full. It’s being expanded by 700 students and I fully anticipate that will probably happen again.”

Boyer said pressure was also building in other parts of the north and north-eastern suburbs and areas such as Mount Barker.

“Out my way in the north-east, we’re probably approaching a position where we’ve got to look seriously at long-term enrolment capacity,” he said.

“The Heights School (at Modbury Heights) is as big as it wants to be. Golden Grove High School is now a 1950-student school and I don’t think anyone really wants it bigger than that. Banksia Park International is full.

“So all of a sudden, public schools in the north-east are at capacity, so what do we do?

“We’ve got to start planning in that area.” 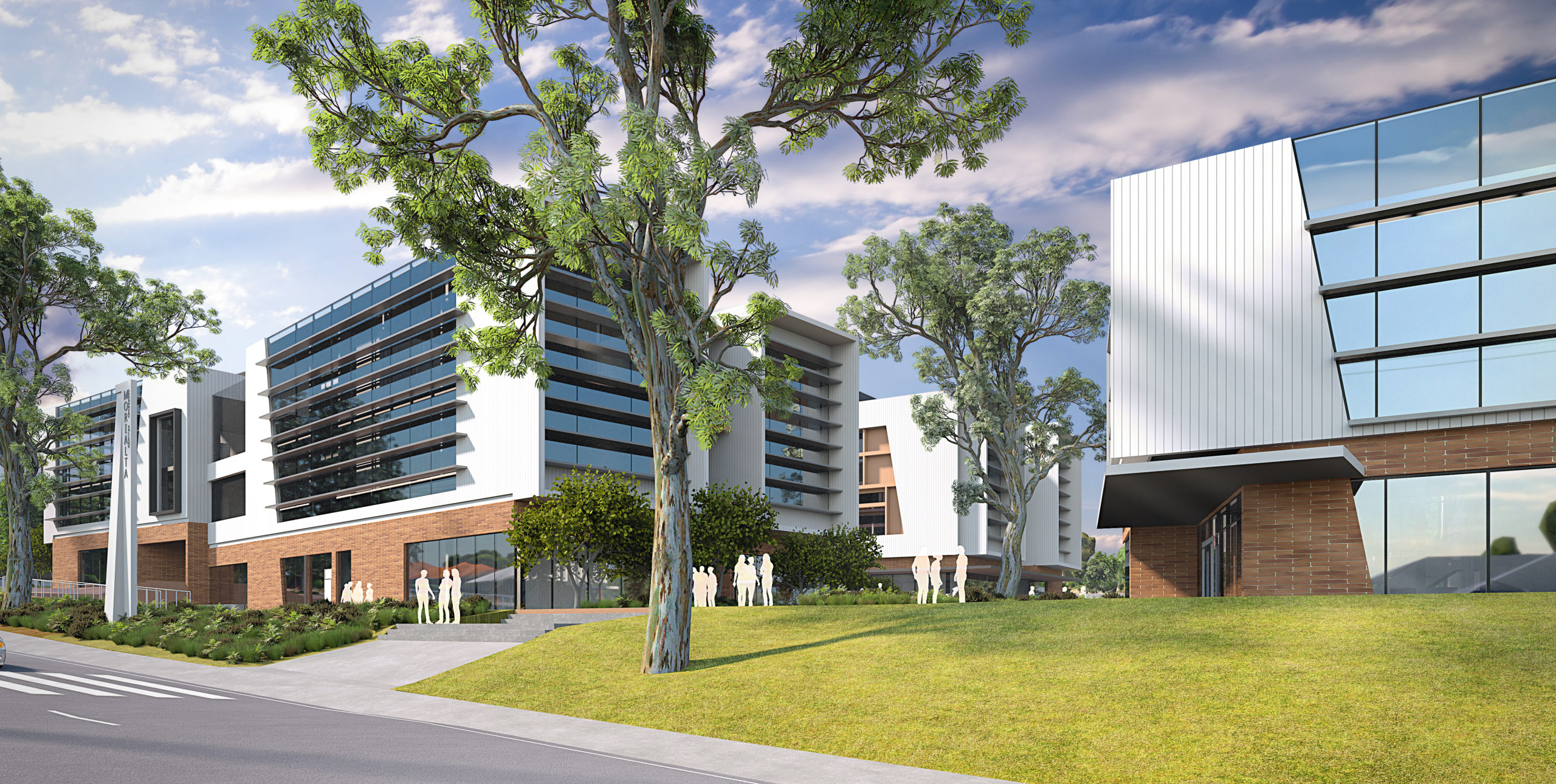 Morialta Secondary College is being built and delivered in a staged approach, starting with year 7s next year and taking additional year levels each year after that, so that by 2028 it will cater for 1200 students from years 7 to 12.

Its zone will include parts of Tranmere, Magill, Woodforde, Teringie, Montacute and all of Hectorville and Rostrevor.

Parents in the zone wishing to enrol their students for year 7 next year have until Friday May 27 to register their interest. 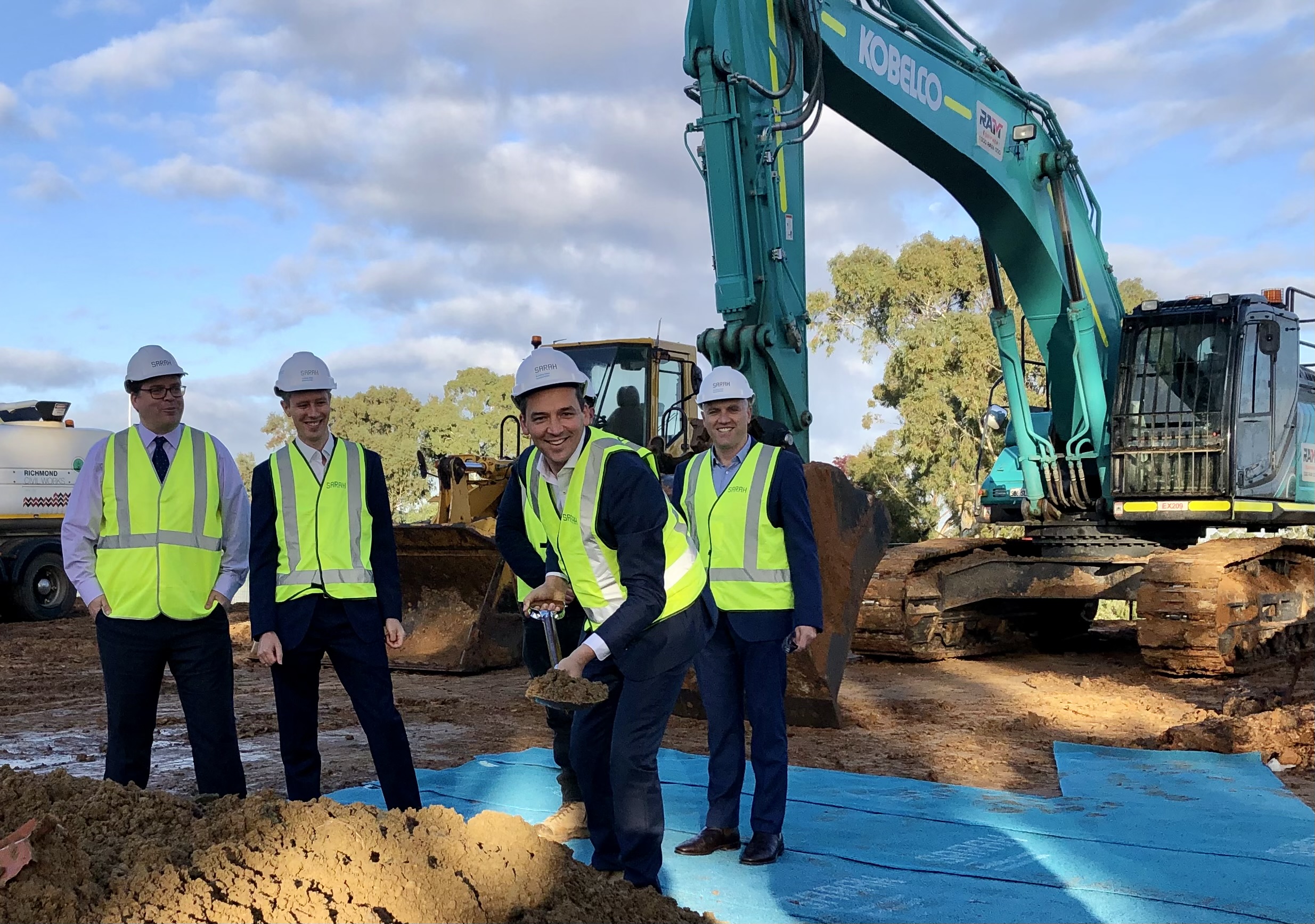 The principal, Roley Coulter, who was previously principal of Banksia Park International High School, said interest in the school was already strong.

He said 400 people recently attended a “meet and greet” event, with the school able to accommodate up to 200 year 7s next year.

“It’s a fairly unique design, or contemporary design in terms of building, so learning area spaces are displaced throughout the building,” he said.

“The first building (for year 7s) has visual art classrooms, media studies classrooms, science classrooms. So it’s not like a traditional high school where because there’s construction going on we’d be missing out on a specialist area.

“The ground floor has the library as well and a café for the students.”

Coulter said the school’s senior leadership team started this week, planning for the opening, with teachers to be recruited in term three. 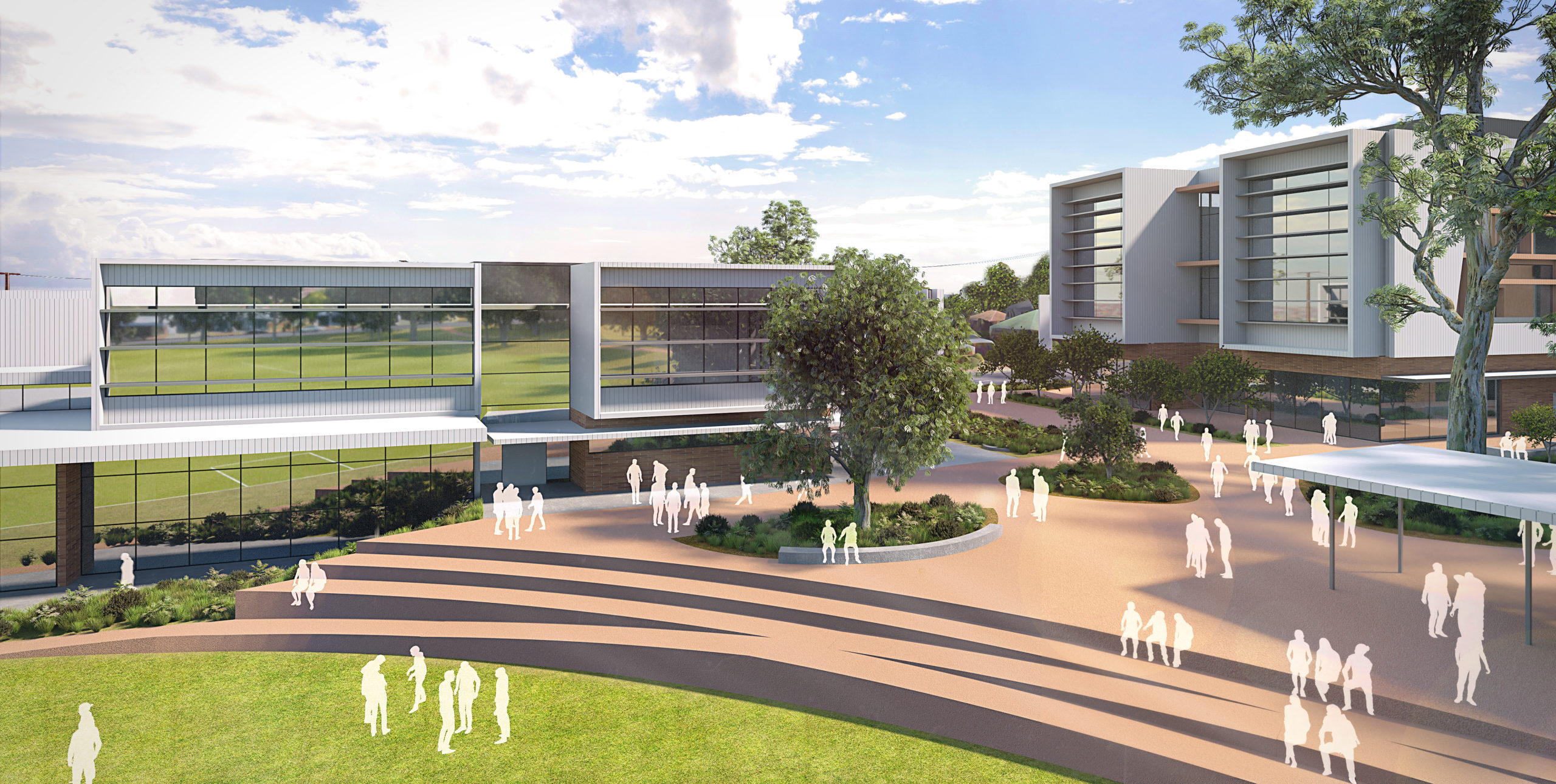 The school is being built by Sarah Constructions, which built new schools recently in Whyalla, Aldinga and Angle Vale.

Sarah Constructions senior project manager Terry Kildea said he was confident the year 7 building would be ready in time for the new school year.

“We’ve still got demolition going on, they’ve still got to knock the gym down, we’ve got plumbers doing under-floor services to the year 7 building,” he said.

“Once we pour footings we’ll start standing walls and … the building will start going up, that’s probably about three weeks away.”

Opposition education spokesperson John Gardner, who was Education Minister when the Marshall Government announced the new school last year, said it was “very encouraging to see that the new Government is continuing the very important work started under the Marshall Liberal Government to deliver this outstanding education facility for the people of the eastern and north-eastern suburbs”.

“The Education Department for a number of years has identified this area as (having) one of the most highly urgent needs in terms of building public high school capacity,” he said.

“There’s been a lot of sub-division in the area as a result of planning changes… a decade ago and that’s now seeing a significant level of demand in our public school system that this project will help meet.” 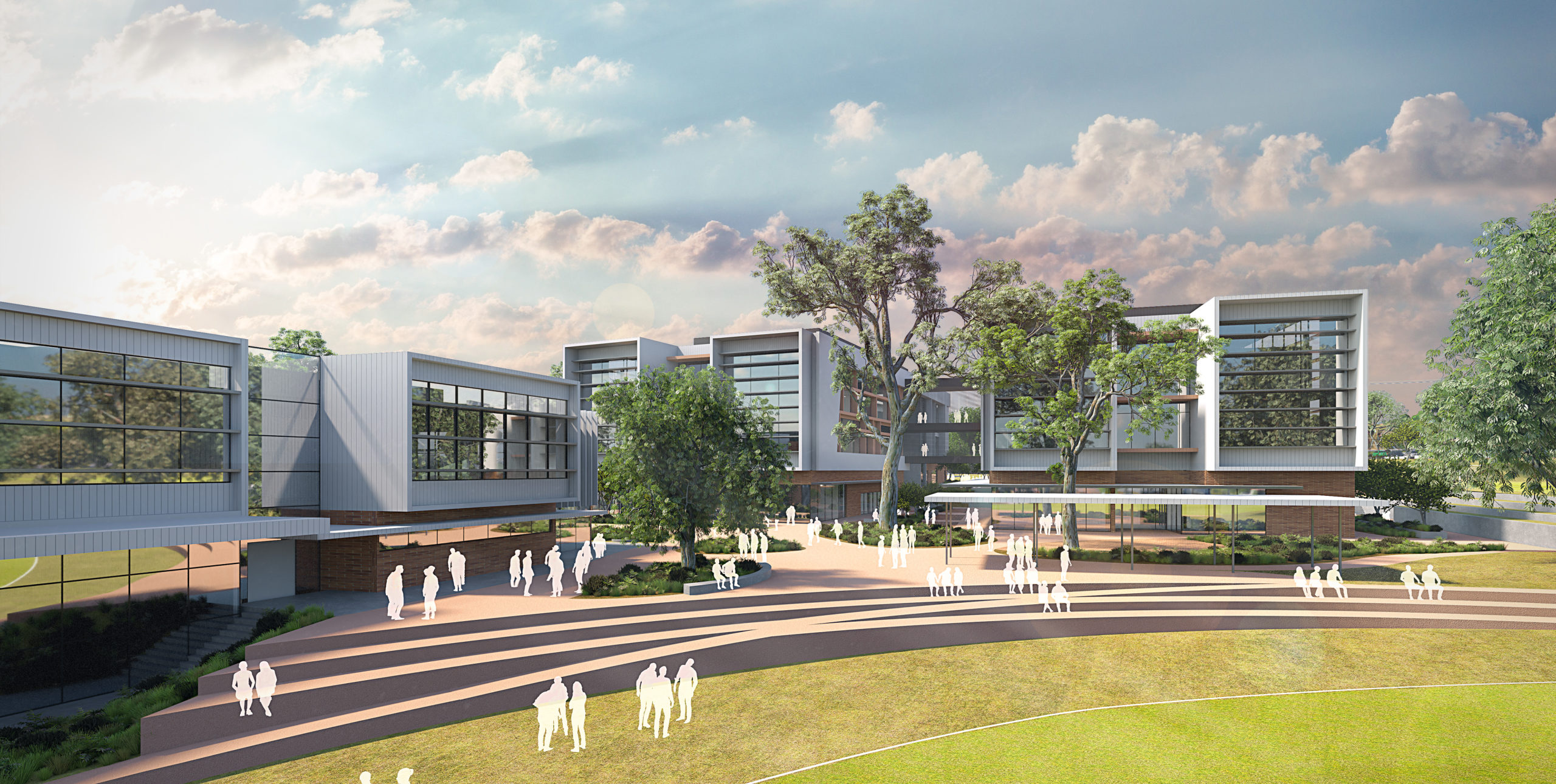 Gardner rejected suggestions the previous government had failed to adequately plan for the move of year 7 into high school which he described as “a critically important step for South Australia’s education system”.

“The provision of subject specialist teachers and subject specialist learning environments for year 7s is an expectation under our national curriculum and an entitlement that had been denied to South Australia’s public school students for far too long,” he said.

“Western Australia and Queensland had made the move years ago, but Labor inexplicably refused to move.

“Had Labor made the move of year 7 to high school when the Liberal Party first urged them to, in the first half of the last decade, the process would no doubt have been easier.”

Gardner said that at that time there were “far fewer schools facing capacity challenges”.

“A surge in population growth has seen average enrolments in year 1 at public schools grow from 10-11,000 per year over the previous decade to 13-14,000 per year for most of the last eight years.

“The Weatherill Labor Government, in which Deputy Premier Susan Close was then Education Minister, did precious little work to prepare for that population surge, and the fact that it coincided with the move of year 7 to high school certainly raised the degree of difficulty facing our government when making those preparations.

“It should be noted that many of our primary schools were facing unprecedented enrolment pressures when I became the Minister four years ago and they were only alleviated in many cases by the move of year 7 to high school.”