YWCA Australia – a feminist organisation and affordable housing provider – has lodged plans with the State Planning Commission to build 24 apartments and a shop on the corner of Hutt and Tucker streets.

According to planning documents released for public consultation, YWCA’s “primary objective” for the site is to build affordable housing that “provides long-term housing solutions for women and women-led families”.

A circa-1890s sandstone villa owned by YWCA is proposed to be demolished to make way for the development.

The house, originally part of a row of five constructed between 1895 to 1898, is not listed on state or local heritage registers, meaning demolition is permitted. 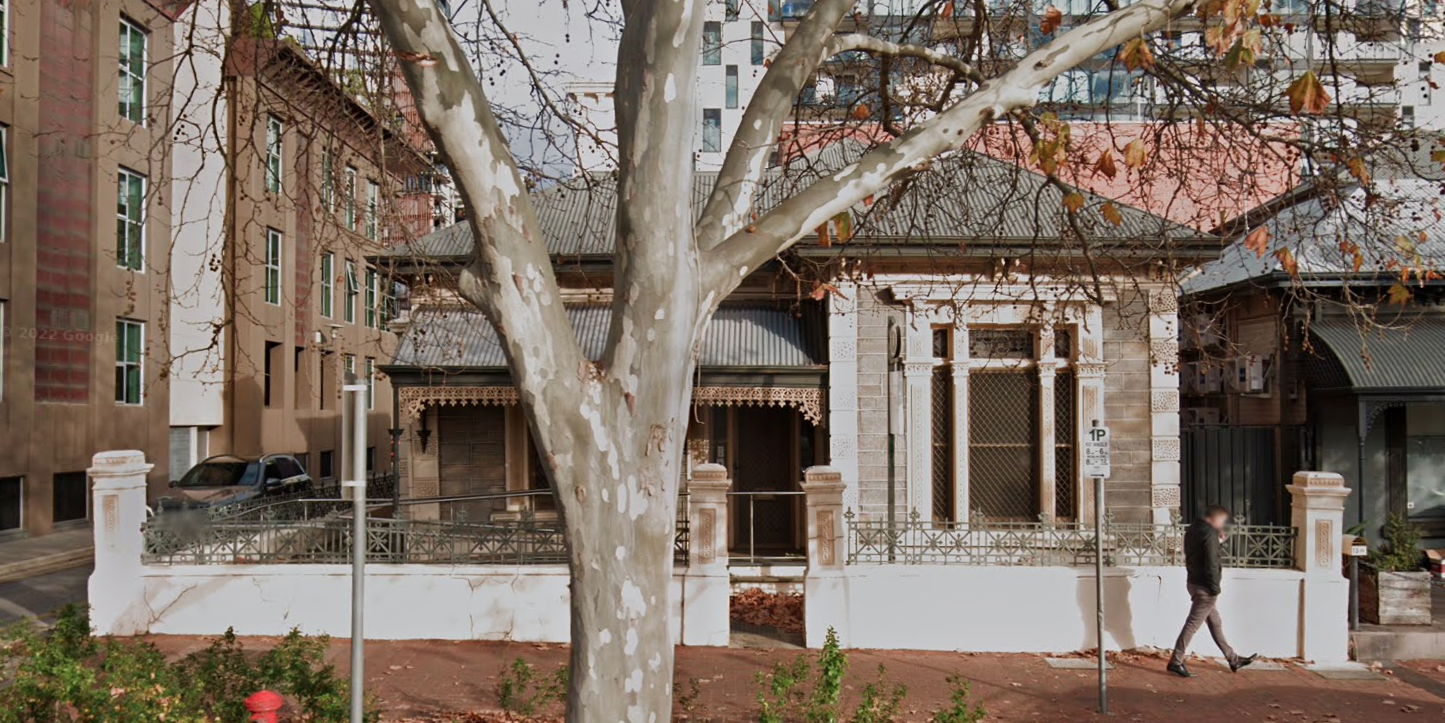 The YWCA office at 17 Hutt Street Adelaide. The organisation has lodged plans to demolish the building to make way for an affordable housing development. Photo: Google

A spokesperson from YWCA Australia declined to speak to InDaily about plans for the site, citing confidential arrangements with the SA Housing Authority.

Planning documents state YWCA and the State Government have drafted a land management agreement for the site, but negotiations are still underway.

The documents state at least four of the 24 proposed apartments must be classed as “affordable” and priced under $367,000 in accordance with government guidelines.

“The purpose of this agreement, which will be executed prior to the hearing at which this matter will be determined, is to ensure that at least four (15 per cent) of the dwellings will meet the criteria that has been prescribed for affordable housing,” the documents state.

“It (the development) will culminate in the provision of affordable housing that is integrated with residential and retail development.”

On its website, YWCA states it is “the only national women’s housing provider in Australia”, with properties in Victoria, Queensland and the Northern Territory.

“Access to safe, secure and affordable housing is fundamental in ending inequality for women,” the organisation states.

If approved by the state’s planning commission, the Hutt Street development would be YWCA’s first foray into the Adelaide housing market.

The development already has preliminary support from Government Architect Kirsteen Mackay, despite its proposed height of 28.5-metres being above the maximum limit for the area. 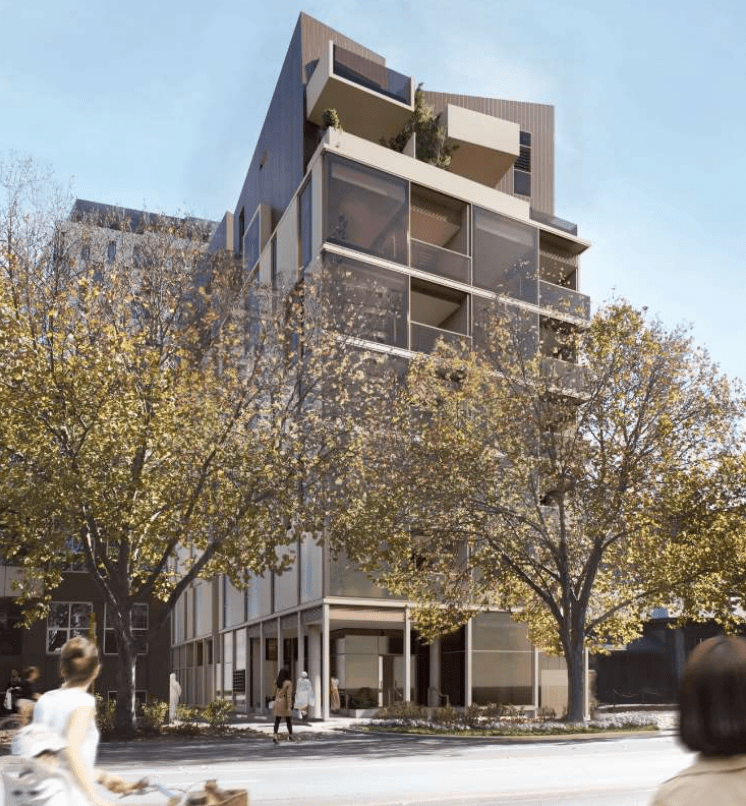 The plans prompted significant backlash from residents, who argued the proposed building would be too high and cause shadowing over nearby properties.

The SCAP agreed, writing the proposed building’s “height, scale, proportions and building massing would not respond appropriately to the context of the locality and would be expected to result in excessive adverse effects on existing residential amenity”.

But planning consultants contracted by YWCA argue the proposed Hutt Street development’s height is acceptable, given there is a 16-storey building less than 50 metres away on Pirie Street.

“The building is designed with angled walls, setbacks and a variety of roof forms and heights to help break up the visual mass of the built form,” the planning documents state.

The public has until April 27 to submit feedback on the plans.