The Ambulance Employees Association ran a sustained and targeted media campaign against the former Marshall Government, with the union repeatedly highlighting ambulance ramping, callout delays and patient deaths in the lead up to the state election.

Labor’s strong focus on the health system is widely considered to have been a pivotal factor in the huge swing against the Liberals on election night, with ongoing news of overnight patient deaths marring the final days of the former premier Steven Marshall’s campaign.

Three days after the March 19 poll, the ambulance union declined to reveal how much it spent on the election, but AEA General Secretary Leah Watkins told InDaily this week the union invested “about $400,000” on the campaign.

“That was specific to the campaigning around the election and several months before,” she said.

Watkins said the $400,000 did not include money spent on the union’s arbitration case against the State Government in the SA Employment Tribunal nor an ongoing petition drive that triggered a parliamentary inquiry into ambulance ramping.

“I want it to be clear that we have campaigned in a number of different ways, because the government of the day was not listening and responding to the serious issues of public safety, patient safety and members safety that we have consistently been raising,” she said.

“So as the situation deteriorated and the risks grew and the number of deaths were increasing … we were escalating our effort in response to that because of the fact the government was still blindly denying there was a crisis within the health system.”

Watkins said the union’s campaign had the support of family members who had “lost loved ones waiting for an ambulance”.

“In our view, that expense is wholly justified in that we’re fighting so that no other family goes through what these families have,” she said.

“And we’ll continue to do so if this is the case in the longer term, we will always campaign for patient safety and ambo safety.” 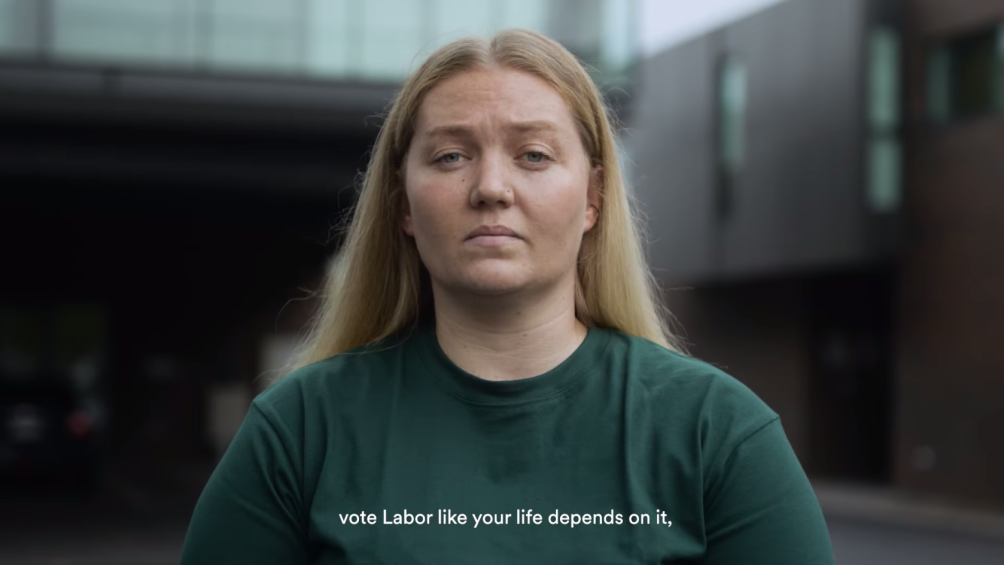 A television commercial featuring ‘Ash the ambo’ asking viewers to “vote Labor like your life depends on it, because it just might” was a prominent part of Labor’s election campaign. Photo: Facebook

In the two weeks before the election, the union highlighted four deaths of people waiting for an ambulance, all of which are under investigation by the SA Ambulance Service.

Since the Labor Government has come to power, one patient death has come to light – a man in his 50s who the union says was ramped outside the Flinders Medical Centre for five hours on March 22.

The AEA indicated after the election it would not be highlighting ramping issues “to the extent that we have been”, but Watkins rejected any suggestion the union had now stopped reporting significant patient incidents.

“I do believe that if it is occurring and there’s been a significant event of that nature, they (paramedics on the ground) would let us know,” she said.

“[There’s] nothing that we’ve been aware of, but that still doesn’t change the fact that there’s still this regular occurrence now of pending emergency cases meaning delayed response to emergencies.”

Despite the change in government, ambulance callout delays have continued to occur frequently over the last two weeks, the union says.

From March 21 to March 31, the ambulance service has been at “Opstat White” status on seven days, according to Watkins.

The next highest level, code red, has been declared on three days, while a lower-level amber alert was declared on March 24, Watkins said.

The union reported at 6pm last night there were 20 priority two emergencies left uncovered and “multiple patients ramped for over four hours” at the Flinders Medical Centre. 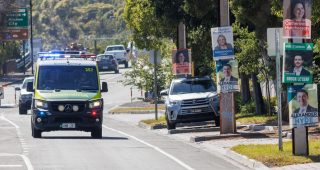 Union vows to continue highlighting ambo crisis - but not as much

The AEA has also flagged it is facing a greater number of furloughed staff due to COVID-19 this month than at the peak of January’s Omicron wave.

A spokesperson for the SA Ambulance Service said 148 SAAS staff are currently in isolation, 93 of which are COVID-19 positive.

“This data covers all areas of SAAS – volunteer, career, and corporate staff,” the spokesperson said.

“Work from home arrangements have been put in place for a number of employees, where appropriate.”