It comes after Marshall said “the taxpayers of South Australia should be extraordinarily concerned” by a Labor pledge this week to spend over $15.85 million to replace the Yadu Health Aboriginal Corporation building if it wins the state and federal elections.

InDaily last year reported concerns from Yadu Health’s leaders that the 50-year-old building was a “ticking time-bomb” and an “accident waiting to happen”.

The not-for-profit Aboriginal community-controlled health service said between 30 to 40 per cent of the building from which it operates free of charge is deemed “unsafe” due to water damage, asbestos and mould.

But despite repeated pleas to the state and federal governments, the health organisation was unable to secure funding to upgrade its facilities.

“It’s a Commonwealth building that you’re going to be replacing and we think that the Commonwealth has responsibility for that.

“That’s our position – we’ll play our part in it – but it’s certainly not the responsibility of the state taxpayers to foot the bill for something that the Commonwealth should be paying for.”

However, SA Health confirmed to InDaily in July last year that it owns the building.

“We have granted Yadu Health a 99-year lease of the land at their current site to enable them to apply for a Commonwealth Government grant to construct a new building,” a spokesperson said at the time. 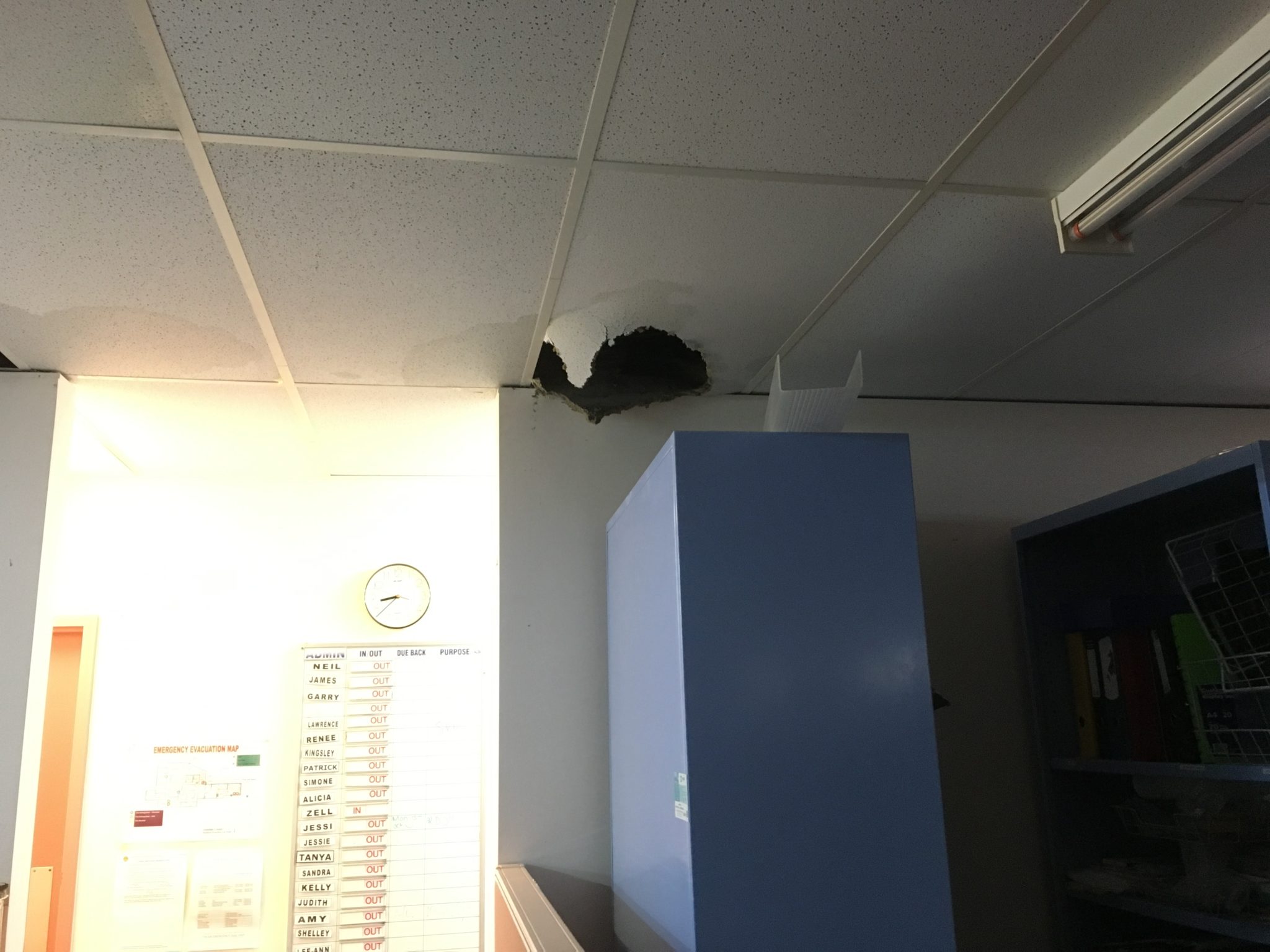 A storm caused the clinic’s ceiling to collapse a few years ago. Photo: Supplied 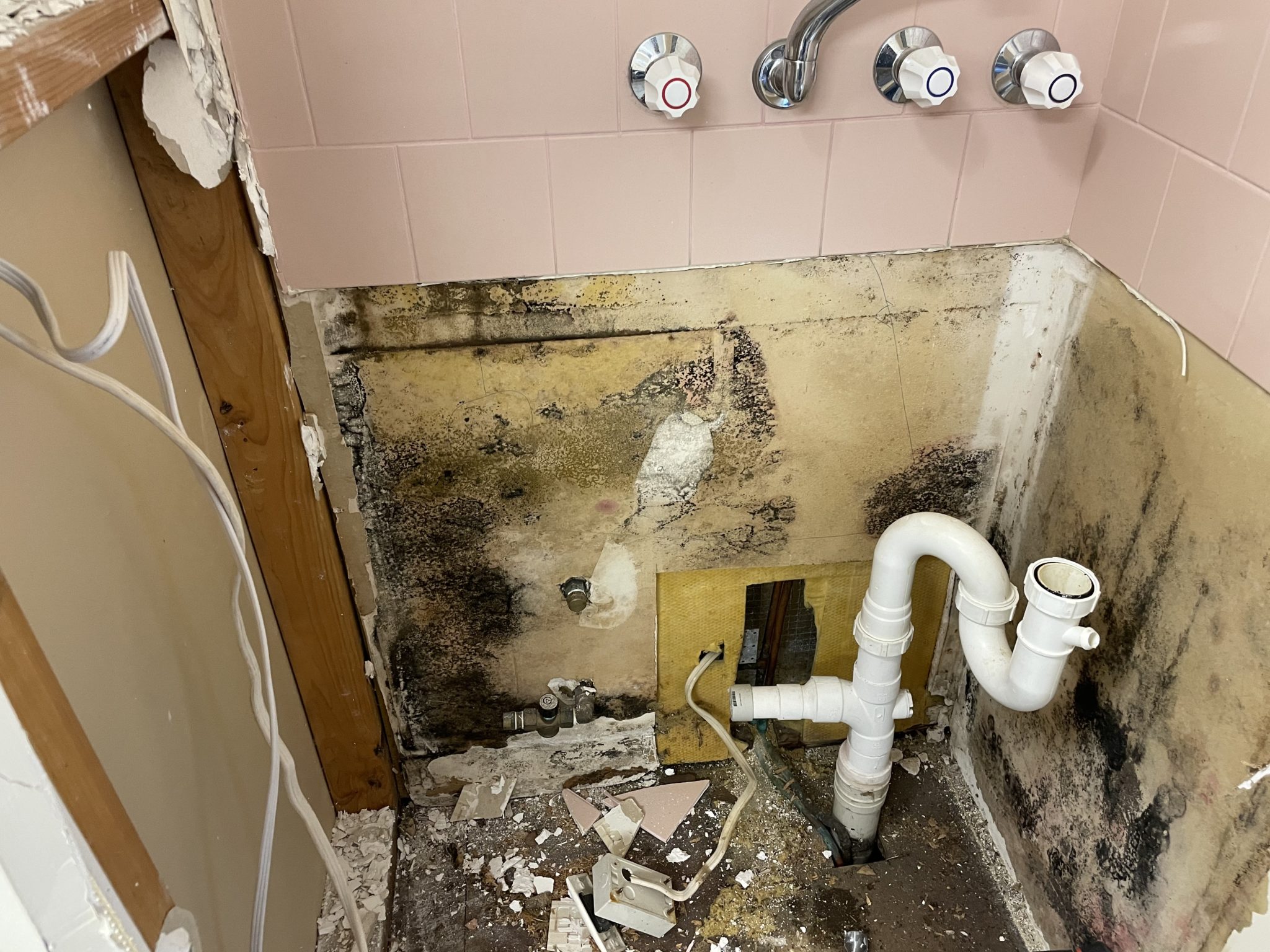 Inside the Yadu Health building last year before repairs. The service says it constantly has to fix mould and water damage in the building. Photo: Supplied

“To say you’re not taking action to help some of the most disadvantaged South Australians on the basis of wrong and false information is just reprehensible in my view,” he told InDaily.

“Either he is that misinformed that he just doesn’t know who owns the building… or he’s deliberately not told the truth.”

Maher, who visited Yadu Health on Wednesday, described the building as an “absolute disgrace”.

“The building is falling down, it’s got crumbling asbestos, black mould and just a few weeks ago during heavy rain one of the workers was electrocuted when they tried to use one of the sockets at their work station,” he said.

“It needs repairing – there is no question about that.”

Asked this morning why he said the building was Commonwealth-owned, Marshall said: “Aboriginal community health is a function of the federal government”.

“We have made an offer to the federal government to support the land for them to put a new building on that site,” he said.

“That building is the responsibility of the federal government, not the state government.” 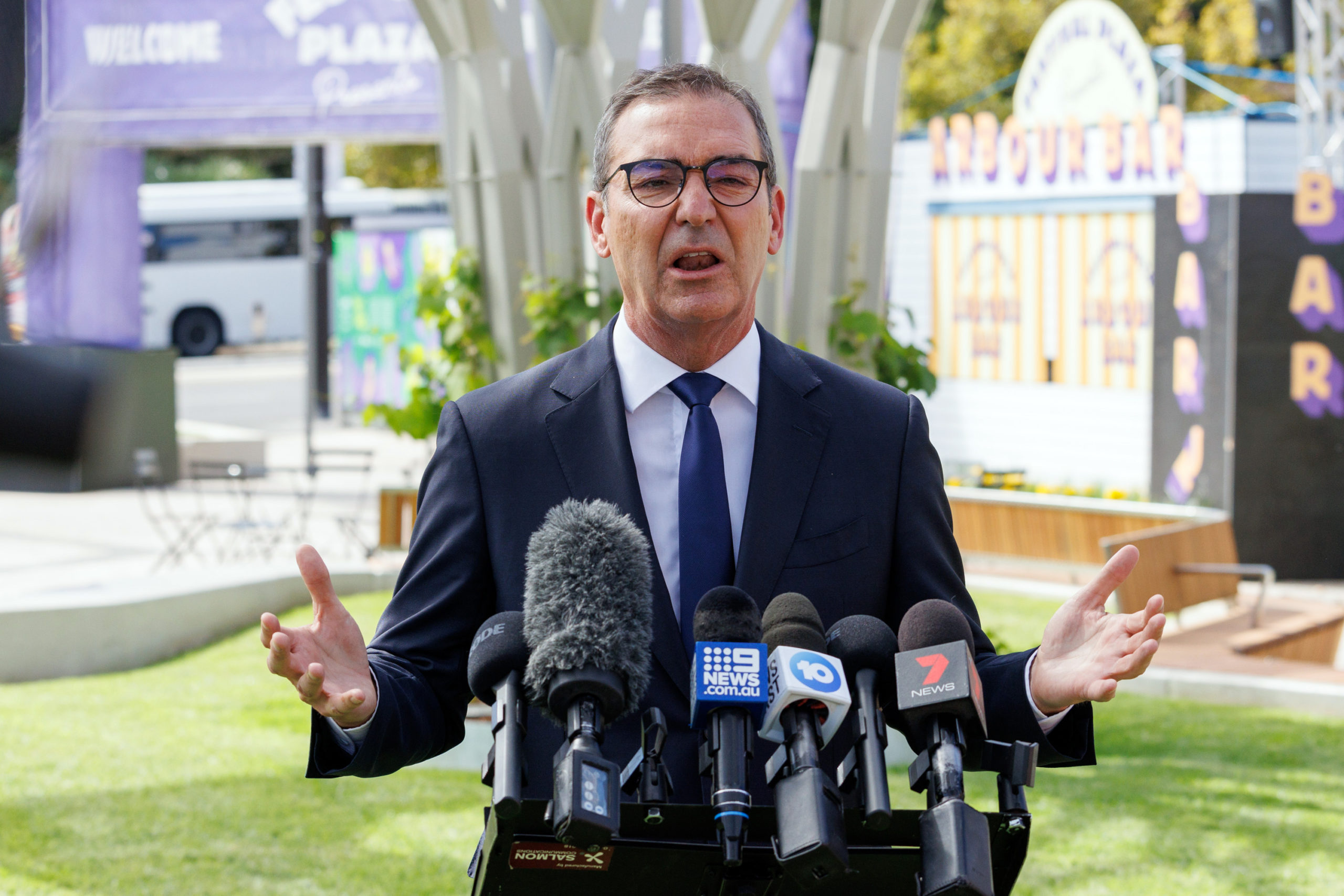 Marshall said the “current building” is owned by SA Health and he was “absolutely certain” that a new building was required, “but the building that they’re looking to build – $10 million investment – is a federal government building”.

“They need to do that work,” he said.

“We will and we have offered to provide that land for that building to go ahead.

Of the $15.85 pledged by Labor to upgrade Yadu Health’s clinic, $2.5 million would come from state taxpayers, with that funding to be used to build space for allied health services and dental at a new federal-funded Yadu Health building.

Maher said the $2.5 million would be “completely budgeted for in our costings that will come out before the election”.

The Morrison Government in August pledged to spend $254.4 million on Aboriginal health infrastructure upgrades as part of its Closing the Gap program, but it is yet to provide a slice of that funding to Yadu Health.

In response to questions from InDaily last month, a spokesperson from the federal Health Department said the government was “aware that many Aboriginal Community Controlled Health Services (ACCHS) across the country have deteriorating or limited health infrastructure”.

Health Minister Stephen Wade told parliament in September that he visited the Yadu Health clinic and he thought the facilities were “unacceptable” and “ripe for redevelopment”.

“I think it is important to appreciate that the Yadu Health Aboriginal Corporation is an Aboriginal community-controlled health service, and is funded through the Indigenous Australians health program, and receives more than 70 per cent of its funding from the Commonwealth Government,” he said.

It comes as Labor accused the Marshall Government of an “embarrassing costings bungle”.

But at Thursday’s debate between with Labor leader Peter Malinauskas, Marshall said that his government’s announced policies to date cost less than $300 million.

“Steven Marshall can’t get his story straight when it comes to costings,” Koutsantonis said. 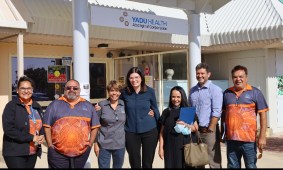 “There was $200 million that went immediately into the budget, so that won’t be post-election,” he said.

“We need to put that money in immediately so that we can continue our well-class response to the coronavirus.

“In total (there’s) $500 million going into our health commitments at this budget, but (there’s) more than $3 billion already in the budget for South Australia to make sure we get that infrastructure that’s needed.

Marshall was at the official opening of the new Festival Plaza public realm this morning.

He described it as a “once in a generation development” that links Parliament House to the Adelaide Festival Theatre.

The public realm is part of a $663 million Festival Plaza development in partnership with Walker Corporation.