Annabel Digance held the state seat of Elder for a term before losing it at the 2018 election.

She and her husband Greg are both facing charges of “menacing” the Labor leader in 2020, “to get him to submit to a demand” that the former MP be preselected for another winnable seat – with both today pleading not guilty in a district court arraignment.

A trial date was set for May next year, with Malinauskas – who may be the state’s Premier by that stage, depending on next weekend’s election result – expected to be called to give evidence.

Annabel Digance’s lawyer Robert Cameron told the court he expected around 10 days would be required for the trial – “if it gets that far… and we say it shouldn’t”.

“It can be envisaged there will be extensive cross-examination of some of the witnesses, and in particular Mr Malinauskas,” he told the court.

The Digances declined to answer questions outside court, but instead the former MP – who was expelled from the ALP after being charged last year – read a prepared statement outlining her credentials for election to state parliament’s Upper House.

Both Annabel and Greg are running for the Legislative Council under the banner ‘Independent Annabel Digance’, taking the second-and-third-last spots on the list of 51 candidates on the ballot paper vying for 11 Upper House seats.

Before reading the two-page statement, she told the gathered reporters: “As professional journalists, I ask that you report my statement in full, and unedited, so that its exact content and meaning are not misunderstood, and I will leave it to your own integrity to do that.”

“As you all know, my husband and I are involved in a matter before the courts – a matter that we are fighting in order to clear our names and regain our reputations,” she said.

“I will be making no comment on this matter and I will not be taking any questions.”

Instead, she launched into a monologue about her credentials for election, saying: “I am standing and I will operate as a true Independent, having done no deals with any other candidate or party.”

“I will do no deals – instead, as I have done in the past, I will work hard to get results that benefit our community,” she said.

But asked afterwards whether an attempted political deal was in fact the basis of her appearance in court, she said: “Thank you for your interest and your time.”

Greg Digance distributed printed copies of the statement to journalists, saying to InDaily as he did so: “Going to do it truthfully, mate?” 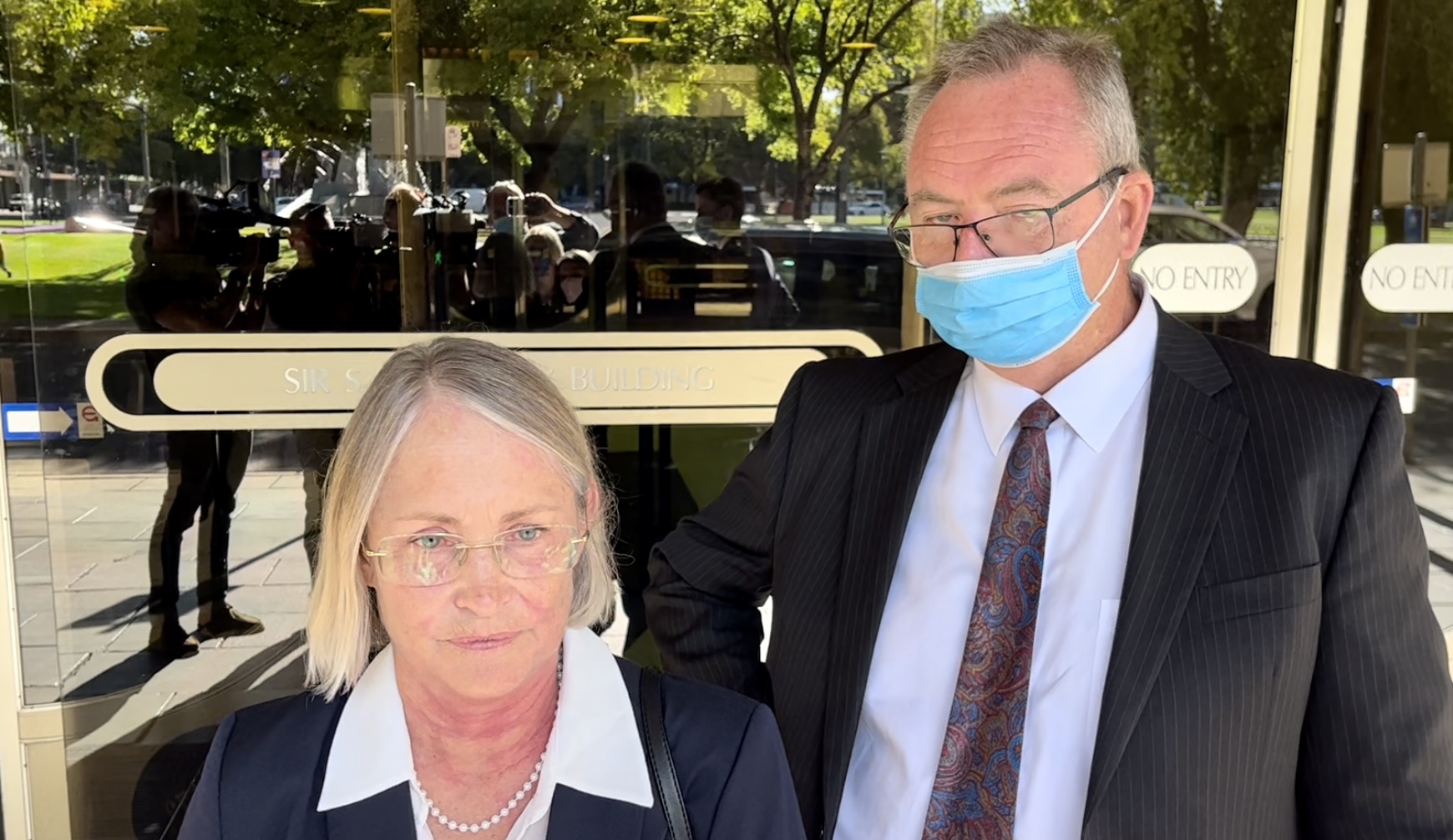 The statement said Annabel Digance believes “in transparency of government and accountability of politicians”.

“I believe in the right of so-called ordinary citizens to have access to their MPs, and not just when an election is on,” she said.

“As an experienced health professional I will be working hard to ensure that our hospitals, medical services, ambulance services and allied health services are adequately planned and funded to provide the level of service that we need and deserve… not just limited to the metropolitan area.

“We need modern, equipped hospitals in major regional centres, and they must be fully staffed and funded.”

She said that “domestic violence needs to be totally eliminated, and I will be working very hard towards that”.

“Having worked as a community health nurse, I am sadly well aware of the terrible effect of this scourge on our society,” she said, citing herself as state parliament’s “architect and main proponent of what we now know as ‘Gayle’s Law’, a law I designed to protect the safety of health workers outside the metropolitan area”.

The law was introduced following the brutal rape and murder of outback nurse Gayle Woodford in 2016, with her killer Dudley Davey later sentenced to life in jail with a 32-year non-parole period.

Improving phone and internet services in regional SA, supporting small business to grow “without the unnecessary burdens of excessive Government fees and red tape” and more affordable public transport including a prospective light rail service to the Mount Barker and Adelaide Hills region were also on Digance’s to-do list, she said.

“I would welcome your support and your vote in allowing me to return to the SA Parliament and to continue to work hard and support the SA community – our community.”

She then encouraged voters to “please put a ‘1’ next to my name in Box ‘S’ in the Legislative Council voting paper”. 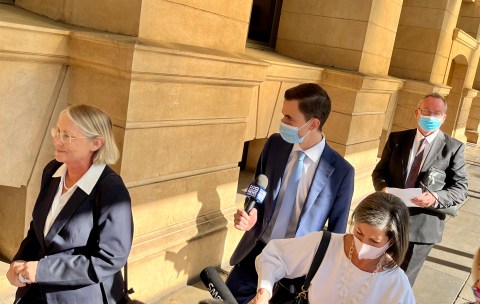 Digance went public last year before her arrest with claims of bullying in the Labor ranks, insisting she was instructed not to speak up about a leaflet that was distributed in Elder prior to the 2014 state election targeting then-Liberal candidate Carolyn Habib – with the pamphlet roundly denounced as racist.

Habib – who now uses her married name, Power – won the seat from Digance in 2018.

In a statement today, Malinauskas said: “As a leader, if I see conduct I believe is inappropriate and potentially unlawful, I will always do the right thing and report it to the relevant authorities.”
“I will leave this matter for our justice system,” he said.