Australian cricket has lost one of its greatest ever players, with Shane Warne dying of a suspected heart attack at age 52.

Warne was holidaying in Thailand when his management company confirmed the news, rocking world cricket less than 24 hours after the death of Rod Marsh.

“It is with great sadness we advise that Shane Keith Warne passed away of a suspected heart attack in Koh Samui, Thailand today, Friday 4th March,” the statement read. 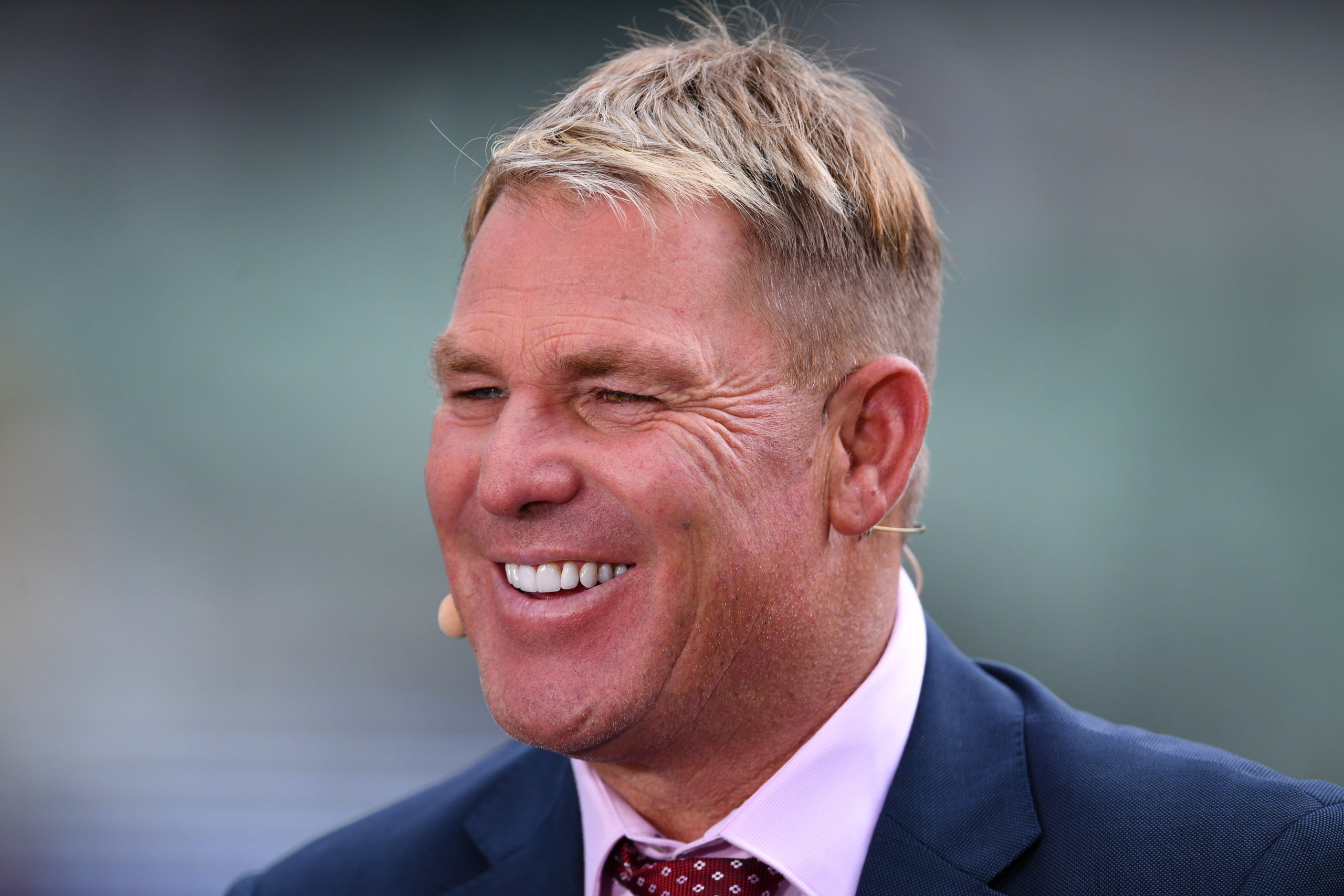 Warne had continued prominence as a commentator, pictured here during the Ashes series in December. Photo: James Ross / EPA

“Shane was found unresponsive in his Villa and despite the best efforts of medical staff, he could not be revived.

“The family requests privacy at this time and will provide further details in due course.”

Australia’s leading wicket-taker with 708 scalps in 145 Tests between 1992 and 2007, Warne sits behind Don Bradman in the conversation of the country’s greatest ever players.

He played arguably the most influential role in Australia’s golden era of cricket, announcing himself with the Gatting Ball and bowing out with a 5-0 Ashes whitewash at home. 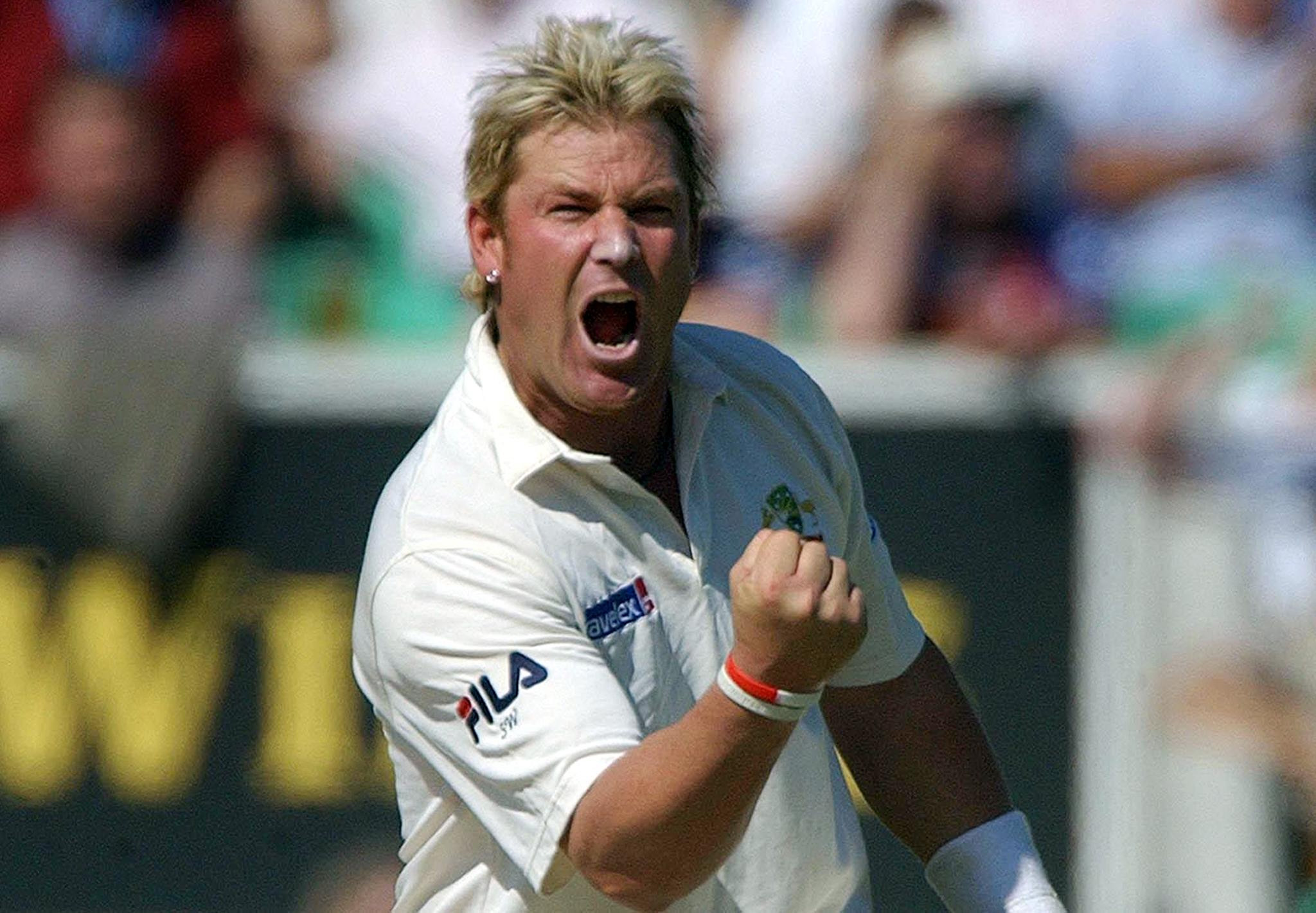 He remains the second leading wicket-taker of all time behind Muthiah Muralidaran, and is still one of Australia’s best known and greatest every sportspeople.

There will never be anyone like Shane Warne pic.twitter.com/O38WuowKID

Warne was active on social media as recently as late as Friday, paying tribute to Marsh who also died of a heart attack he suffered last week.

Sad to hear the news that Rod Marsh has passed. He was a legend of our great game & an inspiration to so many young boys & girls. Rod cared deeply about cricket & gave so much-especially to Australia & England players. Sending lots & lots of love to Ros & the family. RIP mate❤️

Hours later, Australian cricket was mourning Warne’s loss, with the news coming as a shock to players after the first day of play in the opening Test in Pakistan.

“Two legends of our game have left us too soon,” David Warner posted.

“I’m lost for words, and this is extremely sad. My thoughts and prayers go out to the Marsh and Warne family.

” I just can not believe it. #rip, you will both be missed.”

As world cricket greats posted tributes, Adam Gilchrist published a series of broken heart emojis on his Twitter, while former India spinner and rival Harbhajan Singh labelled Warne his hero and said he was “totally shattered”.

Hard to fathom. We all idolised Warnie growing up for his showmanship, will to win from any position and his incredible skill. Players all over the world owe him so much for what he has brought to cricket. He had a huge affect on all he met. He transcended cricket.

One of the greatest of all-time.

A legend. A genius.

Terribly saddened and shocked to hear the news that Shane Warne has passed away. The greatest spin bowler of all time. RIP ?

I’m truly lost for words here, this is extremely sad. An absolute legend and champion of our game has left us. RIP Shane Warne….still can’t believe it

Two legends of our game have left us too soon. I’m lost for words, and this is extremely sad. My thoughts and prayers go out to the Marsh and Warne family. I just can not believe it. #rip, you will both be missed https://t.co/gduLY9bIwg

A master of his craft, an icon of our sport.

Cannot believe it.
One of the greatest spinners, the man who made spin cool, superstar Shane Warne is no more.
Life is very fragile, but this is very difficult to fathom. My heartfelt condolences to his family, friends and fans all around the world. pic.twitter.com/f7FUzZBaYX

Absolutely shocked to hear the news about Shane Warne. Words cannot express how the cricketing community will miss him. He brought cricket back into fashion, a huge personality on and off the field. He was Mr. Hollywood, devastating news. RIP #shanewarne

Unbelievable. I am shocked to the core. This can't be true…

Rest In Peace, @ShaneWarne. There are no words to describe what I feel right now. A huge loss for cricket. pic.twitter.com/uZdEdNz0x9

? And speechless at the moment. I literally don’t know how to sum up this situation. My friend is gone!!
We have lost one of the Greatest Sportsmen of all time!!
My condolences goes out to his family.
RIP Warnie!! You will be missed. pic.twitter.com/sQOrL9dIyM