South Australia has sent a team of swift water rescue experts to support the New South Wales State Emergency Service as it responds to “worse than anticipated” severe storms and life-threatening flooding.

The 12 technicians, drawn from SA State Emergency Service and Metropolitan Fire Service personnel, left Adelaide this morning and will support operations in NSW until Saturday.

SES chief officer Chris Beattie said with recent torrential rain in the north of the state, South Australia had experienced first-hand the devastating impact flooding can have on communities.

“South Australia has a long history of providing assistance to other states in times of need,” he said.

“The rescue technicians will play an important role in supporting the NSW SES during this severe weather event.”

The unprecedented floods in northern NSW are worse than anticipated, with 34,000 people ordered to evacuate and another 310,000 warned to be ready to flee.

The Bureau of Meteorology warned NSW is in for more thunderstorms, heavy rain and damaging winds as extreme weather moves south along the coast.

A low-pressure system is heading towards Sydney on Tuesday night with heavy rain that could cause flash flooding and potentially hazardous conditions.

NSW State Emergency Service Commissioner Carlene York said workers and volunteers were “flat out” amid distressing scenes as the waters leave a trail of destruction.

“We’ve been planning for this but yes, (the rain) was a lot heavier and it’s staying around longer than we had anticipated,” York told Sydney radio 2GB this morning.

“Worse than we had anticipated but we’ve managed to put a lot of resources down there.”

People in South Ballina were told it was too late to leave this morning as floodwaters hit the northern coastal town.

The SES performed 932 flood rescues across the Northern Rivers region – which encompasses Ballina – in the 24 hours to Tuesday morning.

Southeast Qld to be a flood disaster zone 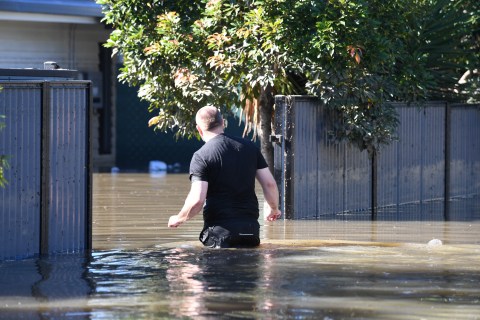 A man is seen wading through flood waters to get to his house in the suburb of Rocklea in Brisbane this morning. Photo: Darren England/AAP

Eight people have died and hundreds have been rescued from Queensland’s floods, which have damaged thousands of homes, and won’t fully recede for days.

All of southeast Queensland is likely to be declared a “disaster emergency zone”, with deadly floods still peaking in some areas after parts of the region were hit by the most intense rainfall ever recorded.

Eight people have died and hundreds have been rescued from floodwaters which have damaged at least 19,000 homes and won’t fully recede for days.

There were blue skies over much of the region this morning but major flooding is under way on the Brisbane, Logan, Bremer and Mary rivers, and Warrill Creek after the torrential downpours of the past week.

More than 1.77m of rain fell on Mount Glorious, 1.55m at Pomona on the Sunshine Coast and 1.23m at Upper Springbrook on the Gold Coast in seven days.

Brisbane copped 795mm – the city’s wettest week since records began in 1840 – with Premier Annastacia Palaszczuk saying much of the wider region is devastated.

“We will get to the stage where basically the entire southeast will be declared a disaster emergency zone,” she told Nine’s Today program this morning.

“At the moment they are doing council, one-by-one. Don’t forget Ipswich has been badly impacted as well, now Logan is experiencing it, they definitely will. 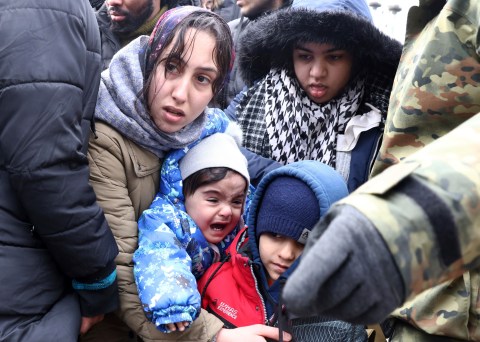 A border checkpoint in Poland is crowded with refugees fleeing the war in Ukraine.
Photo: The Yomiuri Shimbun via AP Images

President Volodymyr Zelenskiy has urged the West to consider a no-fly zone for Russian aircraft over Ukraine after Moscow bombarded the country’s second largest city, drawing new sanctions from the West.

Russia faces increasing international isolation over its invasion of Ukraine, and hours of negotiations between the two sides on Monday failed to reach a breakthrough.

In a video address, Zelenskiy said it was time to block Russian missiles, planes and helicopters from Ukraine’s airspace.

“Fair negotiations can occur when one side does not hit the other side with rocket artillery at the very moment of negotiations,” Zelenskiy said.

The United States has ruled out sending troops to fight Russia and officials have voiced concern about further escalating tensions between the world’s two biggest nuclear powers.

Such a move would require “deploying US military to enforce, which would be … potentially a direct conflict, and potentially a war with Russia, which is something we are not planning to be a part of”, she said.

Despite extensive Western sanctions, Russian President Vladimir Putin has shown no sign of reconsidering the invasion.

The Russian leader put his nuclear forces on high alert on Sunday, though a senior US defence official said Washington had still not seen any “muscle movement” following the announcement.

SA public servants told to return to the office

Public sector employees are being advised to return to the office, with the State Government removing a cap that that had required 50 per cent to work from home.

It comes as South Australia yesterday recorded 1358 new COVID cases and the death of a man in his 80s who had tested positive.

Treasurer and Public Sector Minister Rob Lucas last night said he had decided to remove the 50 per cent density limit for non-essential public sector workers, with government agencies now encouraged to return their employees to the office “safely”.

He said it would provide much-needed stimulus and activity for CBD businesses which rely heavily on support from office workers.

“While we don’t expect this decision will result in 100 per cent of eligible employees returning to the office, given the sector’s support for flexible working arrangements, we do expect there will be a significant uplift in numbers returning to the city, safely,” Lucas said.

“This will be welcome news for many CBD businesses, particularly cafes, restaurants, pubs and other retailers, who rely on foot traffic and support from office workers.”

“This is a great decision and one that will be welcomed with open arms by CBD landlords, retailers, and small business owners,” he said. 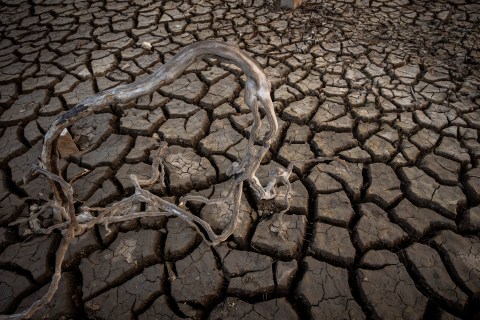 Australia will have more floods, bushfires and droughts and stands to lose entire ecosystems to climate change, a major international report warns.

Scientists who wrote the Australasian chapter of the Intergovernmental Panel on Climate Change report say that the nation is barrelling towards a future that will be full of disasters like the floods currently hitting NSW and Queensland.

They found Australia is lagging when it comes to planning and executing strategies to adapt to the risks climate change will deliver.

National progress on adaptation is uneven, the report says, citing a lack of consistent policy direction and “competing objectives”.

The IPCC report, representing a large-scale review of global warming research, also warns some species and ecosystems are approaching the limit of their capacity to adapt.

The Great Barrier Reef and snow-dependent plant and animal species in Australia’s Alpine region are said to be at critical thresholds, with limited scope for adaptation.

“The region faces an extremely challenging future. Reducing the risks would require significant and rapid emission reductions to keep global warming to 1.5C to 2C, as well as robust and timely adaptation,” the report says.

“The projected warming under current global emissions reduction policies would leave many of the region’s human and natural systems at very high risk and beyond adaptation limits.”

Mark Howden, a professor at the Australian National University and vice-chair of the working group that compiled the report, said Australians must acknowledge that climate change is already here, affecting almost every aspect of life on every continent.

He said it’s embedded in extreme weather events like the current floods and in the Black Summer bushfires of 2019-20.

Prof Howden said Australia could still help get the world off its current path towards warming of more than 2C and possibly as high as 3C.

“We can go on a high emissions trajectory which leads us to extraordinary degrees of climate change, effectively equivalent to an ice age – but in reverse.

“Or we can go on a low emissions trajectory, a trajectory that’s consistent with the Paris agreement.”

19 ambulances ramped at the RAH: union

The paramedics’ union has posted a video to social media of what it says were 19 ambulances ramped outside the Royal Adelaide Hospital overnight.

Under the Marshall Liberal Govt, ramping has reached record-high levels.

This is footage from the Royal Adelaide Hospital right now.

The Ambulance Employees Association shared the video on twitter, saying that “under the Marshall Liberal Government, ramping has reached record-high levels”.

Labor health spokesperson Chris Picton said “it is simply shocking to see vision of 19 ambulances ramped outside the RAH in the rain”.

“Labor will scrap Steven Marshall’s basketball stadium and instead invest the money in fixing the ramping crisis,” he said.

A State Government spokesperson said hospitals were under extreme pressure yesterday but denied 19 ambulances were ramped at the RAH.

“Yesterday was a challenging day with increased demand at our hospitals, but overall we have seen a steady decline in ramping in recent months,” the spokesperson said.

“Claims that 19 ambulances were ramped at the Royal Adelaide Hospital are false.

“It is disappointing, but unsurprising, that Labor continues to mislead the public on health. This is further proof that Labor cannot be trusted.”