Premier Steven Marshall told reporters this morning that the state’s transition committee had agreed to lift a number of internal restrictions on December 28 – the estimated date for when 90 per cent of South Australians aged over 12 are expected to be fully-vaccinated.

He said authorities would “reward” businesses that only allow vaccinated customers by increasing density caps and permitting currently-banned activities such as dancing and stand-up alcohol consumption.

But some restrictions, such as mask-wearing inside public venues and on public transport, will remain.

From December 28, the following restrictions will apply:

Marshall said the government was giving people and businesses the “choice” when it comes to enforcing vaccine mandates.

“We’re rewarding those… indoor venues who are going to operate in a fully-vaccinated way with reduced restrictions,” he said.

“Many people have already said, ‘look, my gym is 100 per cent vaccinated or my staff and my clients are vaccinated (and) they need to have a reward for that because it is going to be a lower-level risk in those settings.”

Also from December 28, the government will reduce the mandatory quarantine period for vaccinated international arrivals from seven days to 72 hours.

Unvaccinated travellers will still be required to quarantine in a medi-hotel for 14 days.

Marshall said it was “quite possible” that South Australia would drop the quarantine requirement for vaccinated international travellers in the near future.

“We will be the second lowest in the country with 72 hours and most of the other states are still at 14 days.”

People travelling into South Australia from the eastern states will still be required to get tested 72 hours before travelling, and again on arrival.

“That is going to be with us, I think, for quite an extended period of time,” Marshall said.

“The reality is that we are now in the suppression stage (of the pandemic).

“We’re putting speed bumps in the way of Omicron, but because of the great work of the people of South Australia, doing that work and having that vaccination it means that we can start to relax the restrictions.

“We’re doing it in a prudent and careful way, keeping restriction sin place in order to stop that spread going through South Australia too quickly.”

“We’re certainly getting more of a disease burden from interstate,” she said. 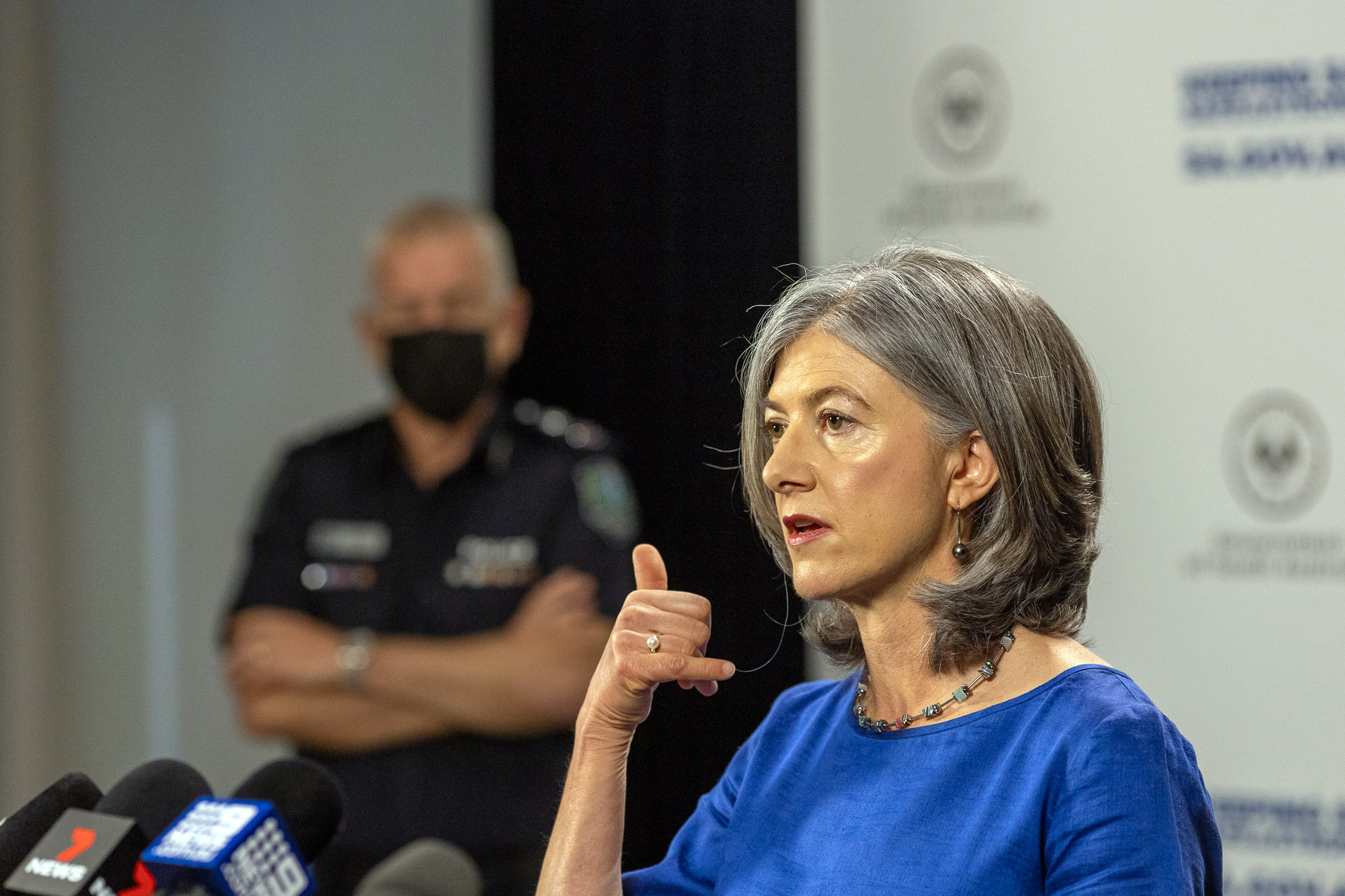 It comes as South Australia recorded 64 new COVID-19 cases overnight, including 49 locally-acquired cases, bringing the total number of active cases in the state to 167.

People are once again facing hours-long wait-times at testing sites across Adelaide, with more than 19,000 tests conducted yesterday.

But she said it was likely that there would be new COVID-19 cases from the Ashes Cricket Test at Adelaide Oval.

“To be perfectly frank, I would be very surprised if we have zero cases at the cricket,” she said.

“I think we will have cases of people who have come from New South Wales or Victoria.”

Marshall said cases numbers in South Australia would continue to climb as the Omicron variant was proving to be “far more transmissible” than the delta variant.

He said from now on, authorities would focus on hospitalisation rates as the “key metric”, rather than case numbers.

“To date, we’ve had our borders open for more than three weeks, we’ve had Omicron cases in South Australia but only three admissions to hospital, no admission to ICU, no admission into a unit which has a ventilator,” he said.

“The reality is we’re very pleased with that, in fact, we only have one person in hospital at the moment and they’re in a stable condition.”

Marshall said authorities would carefully monitor hospitalisation rates in South Australia, but the Omicron variant was proving to result in “far less severe” symptoms compared to the delta variant.

“We’re watching New South Wales in particular very closely at the moment because they have had a very significant increase in community transmissions of the Omicron cases there, but to date there hasn’t been that escalation in terms of their hospitalisation,” he said.

“They are ahead of the game in terms of what we’re experiencing here in South Australia, so we’ll continue to monitor that very carefully.”

Spurrier said two shots of the COVID-19 vaccines were “likely to be not as effective as they were for delta”, which is why authorities wanted to encourage booster shots.

She said as cases numbers climb in South Australia, SA Health would be undertaking a less rigorous form of contact tracing.

She said people who test positive for COVID-19 would no longer be required to have a “very long detailed interview”, but may be asked to complete an online survey.

“We’re here to save lives to be perfectly blunt,” she said.

“It’s a different focus – it’s not trying to get hold of everybody as quickly as we have done in the past because that is not possible.”