Northern suburbs council the City of Playford will next week host South Australia’s first defence industry summit since the overhaul of the submarine program.

“The Edinburgh Defence precinct – one of Australia’s only two super bases – is on our doorstep while the city is within easy reach of transport hubs, and weapons research and testing facilities,” he said.

“Our Council can see the defence industry continuing to grow so it’s important that we support it and the creation of jobs that will sustain our growing population into the future.”

The Defence Industry Day will be held at Central District Football Club, Goodman Rd, Elizabeth from 9am to 5pm. Visit https://strettoncentre.com.au/defence-industry-day to book a seat. 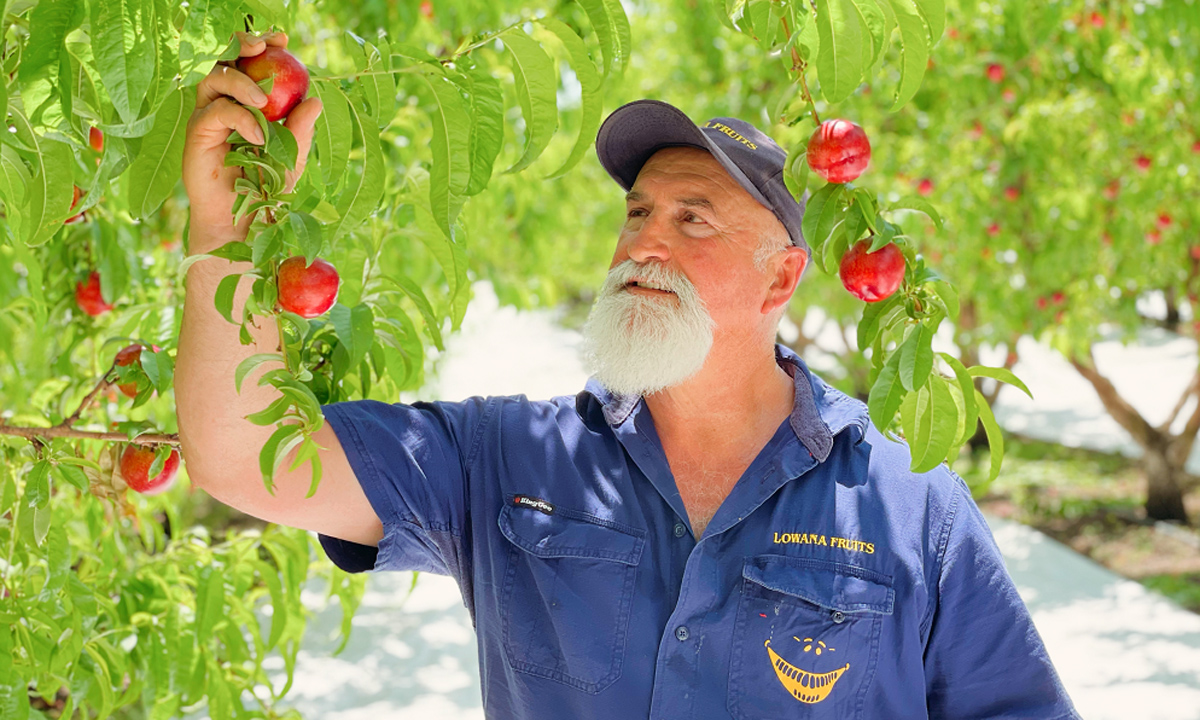 A coalition of horticulture organisations has unveiled its plan to grow the industry in South Australia to $5 billion a year by 2030.

The Horticulture Coalition of South Australia (HCSA) is made up of 12 organisations that represent the more than 3000 fruit, vegetable and nut growers across the state that supply South Australia’s fresh produce.

(HCSA) Chairman Angelo Demasi said this was a crucial time for the industry that not only fed South Australians but exported $374 million in produce in the 2019/20 financial year.

“We have set a lofty goal of $5 billion by 2030 and we believe a collaborative effort between growers, State Government and the South Australian community can achieve this,” he said last week.

“Despite devastating bushfires and crippling hailstorms, including the weather event last week, the horticulture industry has managed to grow an average of 5 per cent per annum in the past six years.

“That proves we are resilient and the industry has banded together to help growers who are counting the cost.

Former forestry company Kiland has announced a plan to use “excess capital” to buy back $15.2 million worth of its shares from shareholders.

The company, known as Kangaroo Island Plantation Timber until the name change late last month, announced off market buy-back last week up to a maximum of 11,296,071 shares at $1.34 each.

This represents up to 22 per cent of the total shares on issue.

KIPT announced plans in August to revert 18,6967 hectares of its land to agriculture – a decision that involves knocking over and burning about 14,500 hectares of pine and blue gum plantations.

The decision came just days after an announcement by State Planning Minister Vickie Chapman that the government had rejected KIPT’s proposal to develop a $40 million port at Smith Bay on the island’s north coast.

Chapman’s decision to veto the port plan was the subject of a parliamentary inquiry this month examining whether she had a real or perceived conflict and whether she misled parliament or breached the ministerial code after the decision.

In a statement to the ASX last week, Kiland said its board believed excess capital should be returned to shareholders.

“If the maximum 11,296,071 shares are bought back, the board believes Kiland will be appropriately capitalised to fun the anticipated equity component of future reversion activities,” the company said.

Kiland has about 14,500 hectares of plantations, about 80 per cent hardwood (blue gum) and 20 per cent softwood pine.

The buy-back will close on December 10. It follows an on-market buy-back earlier this year where $6.7 million was returned to shareholders through the sale of 5,647,022 shares.

Kiland shares closed at 41.26 on Friday.

Ashrose Merino stud back in the hands of its founding family

The historic Ashrose Merino stud has returned to the Ashby family, who founded the stud more than a century ago, with the settlement of the sale announced this month.

North Ashrose stud, Gulnare, in the Mid North was the successful bidder for the flock after a competitive sale between several prominent buyers in South Australia and New South Wales.

Formerly owned by the Graetz family of Willalooka, the sale comprised of Ashrose’s Poll Merino flock of close to 1500 ewes and the semen inventory, stud prefix, intellectual property and stud sires.

North Ashrose co-principal Matt Ashby said it was “honourable” that the stud returned to the family, which started it in 1910.

“I saw it as a great business opportunity, and there was a bit of sentimental feeling about it,” Ashby said.

“The competition on the purchase was quite strong, and there was an element that possibly the Ashrose name [would be] disbanded forever.

“I feel very privileged to retain the stud name and bring it back into the family.”

While both the Ashrose and North Ashrose flocks will initially remain separate for biosecurity reasons, Ashby said the plan was for the studs to breed together.

“I think it offers a great opportunity for genetics to fly both ways between the studs, which would be advantageous for all clients going forward,” he said. 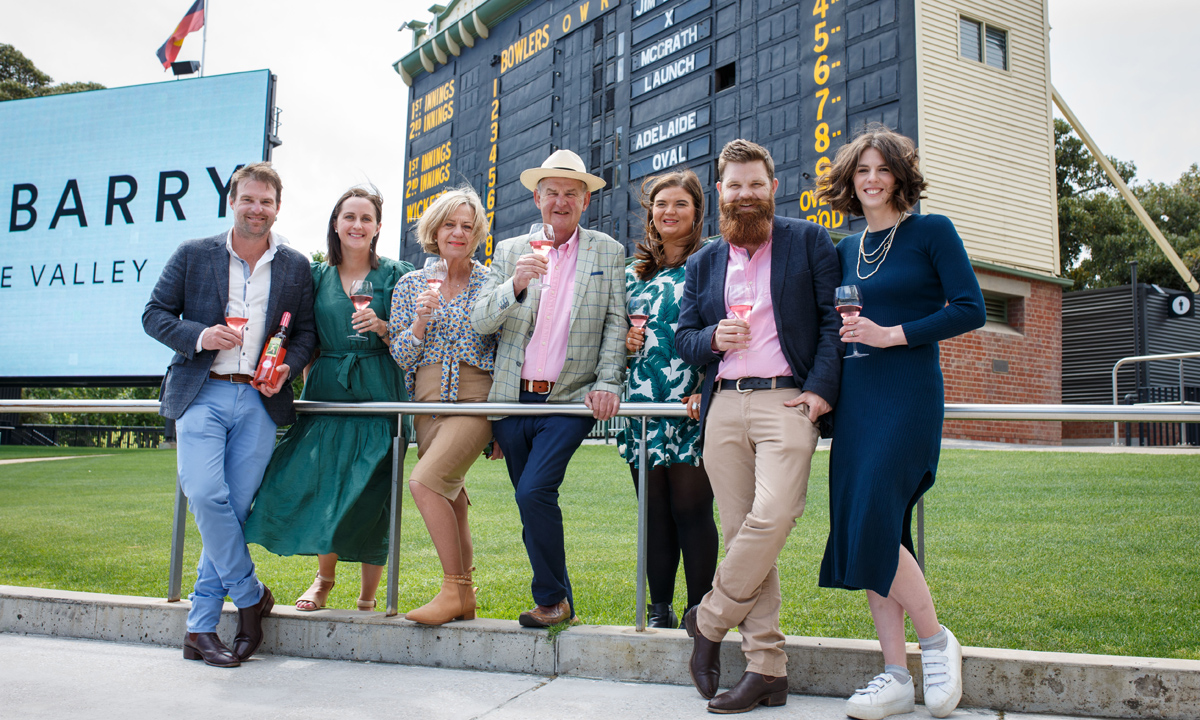 The Barry family has launched a new Rose to raise funds for the McGrath Foundation.
Picture: Matt Turner.

Jim Barry Wines has announced a three-year partnership with the McGrath Foundation, which aims to raise $420,000 to fund a specialist Breast Care Nurse in South Australia.

The Clare Valley winery last week launched a Rose, which it will sell nationally through Dan Murphy’s.

The wine features a pink lid and a female cricketer on the label in a batting pose similar to Jim Barry’s Cabernet Sauvignon, The Cover Drive.

The family-owned winery has a personal connection with breast cancer that goes back more than 35 years and has steered the new partnership.

“My mother, Annemarie, was diagnosed with breast cancer last year. Ironically, and rather cruelly, it was just after my father Clive retired from his 35-year long career treating breast cancer as a surgeon,” she said.

“Our family has actively fundraised for breast cancer charities for years. As the diagnosis of my mum has once again brought breast cancer back into our lives, it’s made us all think about how we can help raise money for thousands of families as they navigate breast cancer with what we do so well every day, and that is wine.”

“While it’s a new partnership for us and the McGrath Foundation, it’s one that we see strengthening beyond the initial three years.”

The McGrath Foundation was founded by the late Jane McGrath and her cricketing husband Glenn in 2005.

It currently funds 171 McGrath Breast Care nurses in communities across Australia who have supported more than 100,000 individuals and families since 2005.