James Sadler – who ran for Liberal frontbencher John Gardner’s seat of Morialta and was heavily involved in the broader SA Best campaign – has confirmed to InDaily that he will be accepting a request to take up an unpaid role managing Cregan’s campaign in Kavel.

Cregan quit the Liberal Party last month to run as an independent, before sensationally usurping the Speaker’s role in a late-night coup against his former colleague Josh Teague.

The former Liberal, who entered parliament aligned with the party’s Right faction before forming a breakaway group of Centre Right members, has sought to position himself as an independent in the style of former Xenophon Team-member Rebekha Sharkie, whose federal seat of Mayo occupies similar territory as Kavel.

Cregan confirmed to InDaily he had “approached” Sadler about a role, saying he had “caught up with James”, who he described as “a thoughtful, dedicated community leader in the Hills”.

“There’s no formal arrangement for him to serve as campaign manager, and right now he’s working hard on making the Uraidla Summertown Country Show be a success – but of course I’d welcome any contribution James might be able to make to the Kavel campaign,” he said.

However, Sadler said he had decided to take up a pro bono role “if he wants me”.

“We’ve had a long chat, and yeah – looking forward to it,” he said.

Aptly, Cregan has presented a self-styled Xenophon routine since going rogue, inviting media to meet his 50th anniversary model Falcon, ‘Foster the Ford’, while frequently brandished a tin of baked beans, claiming that was as much remuneration as he needed for the Speakership.

He noted today: “It’s not possible to pay a campaign manager, so the customary form of payment for the Kavel campaign has become a can of beans.” 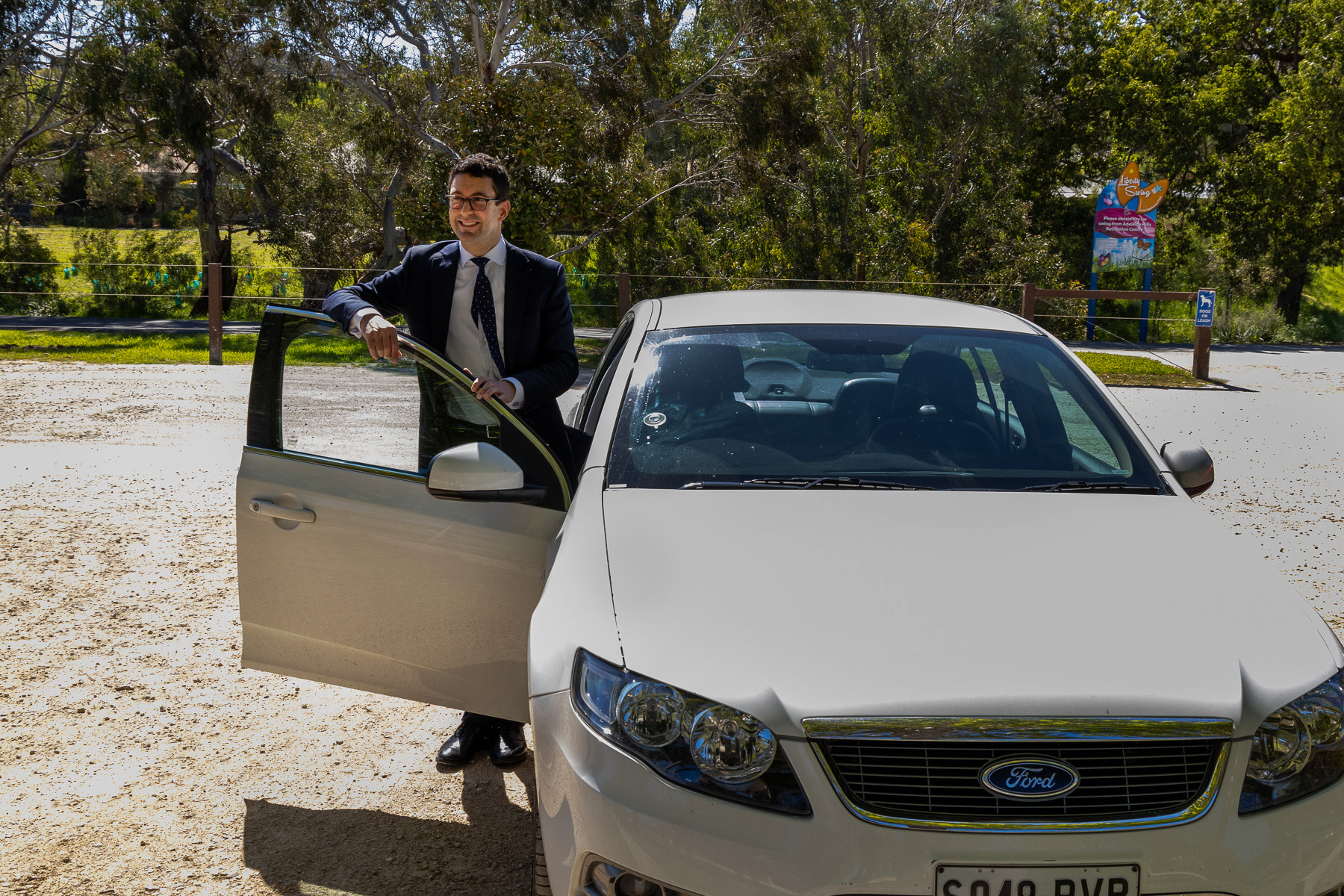 Sadler is a former teacher and journalist who also worked in the bureaucracy under the former Rann Labor Government, and was Xenophon’s education policy strategist and spokesman during the ill-fated SA Best campaign.

He introduced his education plan in 2018 by declaring that “an experienced teacher like myself at least understands that there’s a difference between pedagogy and heutagogy and andragogy – I hate to get all Greek on you, but there are different types of learning that are both dependent, independent and interdependent”.

He told InDaily today that he grew up in Elizabeth, which was “always going to be a Labor seat” before “ending up here in the Hills where there’s the same sort of sense that your vote’s worthless because it’s always going to be Liberal”.

“There’s an opportunity for people to have a valid option to have that choice,” he said.

“I think we’re looking at the rise of independents… We need to have a strong independent option in the Hills, so I’ll throw myself into it and do everything I can to get [Cregan] over the line.”

He describes his role as “basically a sounding board”.

“Because SA Best was a much smaller organisation [than the major parties], I learned things which Dan wasn’t aware of – for instance, the fact How To Vote cards have to be approved by the electoral commission, and they can get very particular about what you include on a HTV,” he said.

“It’s the sort of small party experience I have which I hope will add value to his parliamentary and electoral experience.” 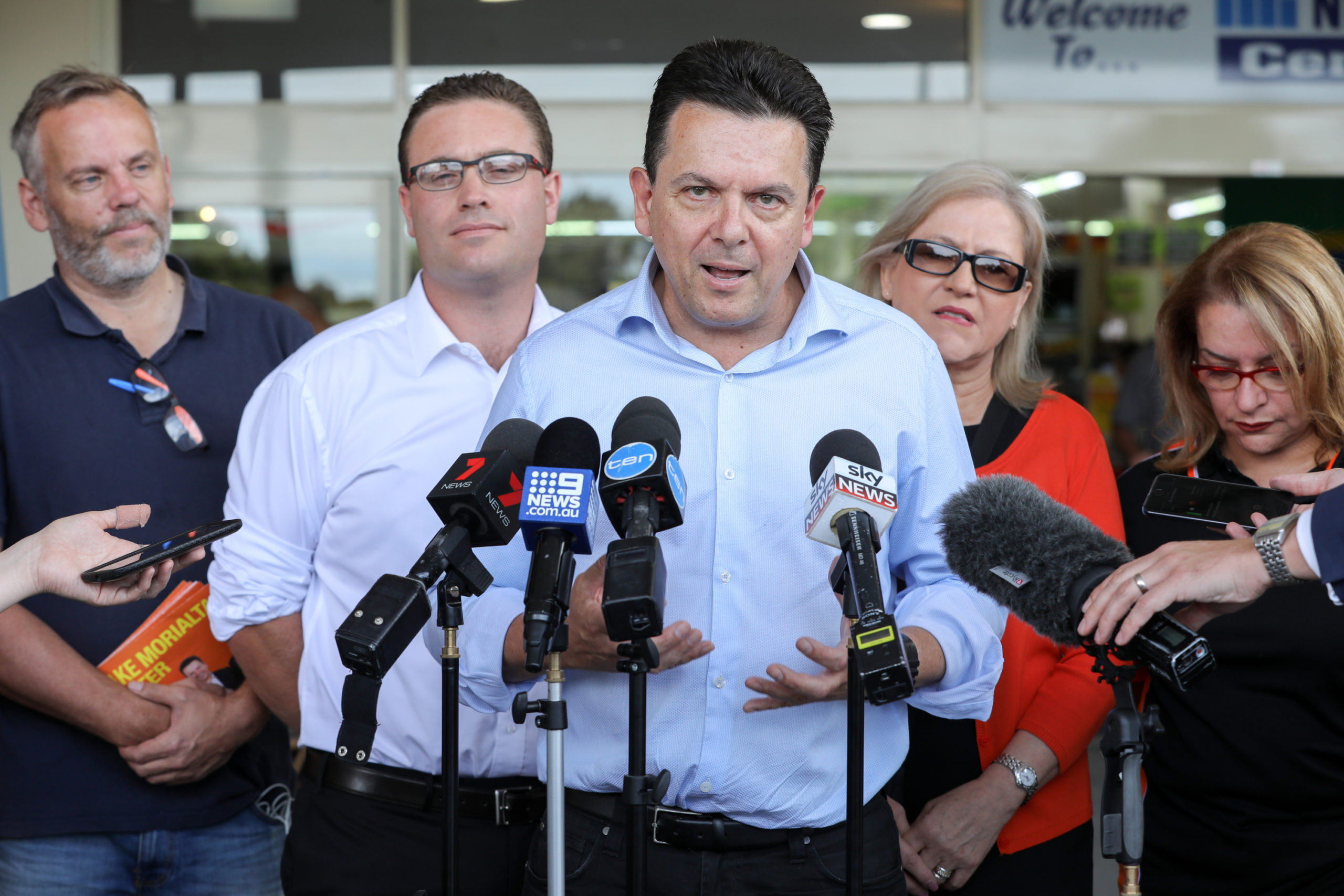 It comes as Cregan’s former party colleagues push to hit future defectors in the hip pocket – with a party-room motion to mandate “that all members and endorsed candidates sign a legally binding agreement providing that in the event an elected member leaves the party during their elected term, there is a financial penalty equivalent to the monies expended by the party on their behalf” during the previous campaign.

The paper, which was leaked to various media outlets by an anonymous email account on the weekend, was prepared by Adrian Pederick, whose seat of Hammond neighbours Kavel.

Pederick did not respond to calls this morning.

Cregan however dismissed the move, saying “the last election was publicly funded in SA” so “the Liberal Party was compensated by taxpayers”.

Moreover, he said “members of the party whilst they remain in the party room contributed 5 per cent of their salary every year to the party” – a system introduced after the Liberals’ cash-strapped 2006 campaign ended in electoral disaster.

“The proposal is a nonsense because it would handcuff a community to the failed policies of any one government, and not allow that community to argue strongly for its interests,” he said.

“This is a ham-fisted political device… it must be said, since the Liberal Party has raised this issue, that I took six months leave to campaign in Kavel [and] the Liberal Party earnt money for each vote cast for me.

“I only campaigned in Kavel in the belief the Liberal Party was going to make good on its policies and support my community.”