Flight Training Adelaide CEO Johan Pienaar told InDaily that authorities were “working to a timeline to be ready to receive the students by the first week in December”, with work currently underway to transform his school’s on-site accommodation into a quarantine facility.

The State Government announced the Parafield Airport flight school as its chosen site to quarantine overseas students in May as part of what was then described as a nation-first trial aimed at reviving a multi-billion-dollar industry hit hard by COVID-19-prompted border closures.

In June, the Federal Government approved the quarantine hub plan on the condition that South Australia kept its borders open to interstate travellers.

But outbreaks of the highly-contagious delta variant in New South Wales and Victoria stalled progress, with the Victorian, New South Wales and ACT Governments meanwhile announcing their own plans to return international students to universities in their jurisdictions.

Pienaar said work was currently underway at Parafield Airport to meet the requirements of SA Health and to make space for food delivery, COVID testing and security staff.

He said he didn’t know exactly when international students would start arriving at the site, but authorities were currently aiming to have the accommodation ready by the first week of December.

“I believe that there is a will from both government, the universities and ourselves to still make it happen this year,” he said.

“The current work that needs to be done will take that long to do and we’re on track to do that.” 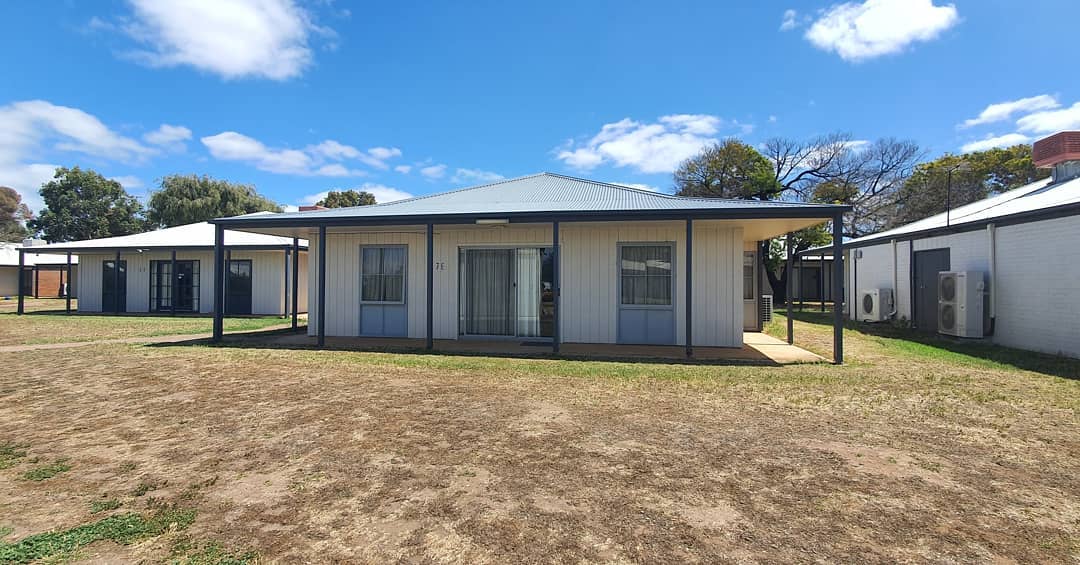 Up to 160 students at a time are expected to quarantine for 14 days at the flight school once they are authorised to return to South Australia.

Pienaar said he anticipated his flight school would only stay open as a quarantine facility for about three months, but there were “extension options at the back-end of that as we go forward”.

“We just don’t know how the Federal Government is going to change its stance on how people come into the country,” he said.

“We currently have three months in place with options beyond that to extend it as required and I believe the plan is that in that first three months to see if we can get approximately about 1000 students.

“(We’re) starting small and then growing up to full capacity and then they’ll probably review after that.”

South Australia’s three major universities and the students who participate in the quarantine program are expected to foot the bill for setting up and running the facility.

Local students who would normally stay at Flight Training Adelaide’s accommodation have been relocated to a different site.

Asked what had caused the delay launching the quarantine program, Pienaar said: “I think we all now realise – both people in industry and you in the press – that these things change on a whim”.

“I think the South Australian Government has been very, very successful in managing and containing the delta variant – I think we can all attest to that,” he said.

“We have not had the same limitations and lockdowns opposed on us as Victoria and New South Wales because of the outbreaks.

“But I think what has happened there has clearly impacted thinking around how to keep everybody safe and it probably drove up thinking closer to conservative levels.

Pienaar said the delay launching the quarantine program hadn’t impacted his organisation’s profitability, despite acknowledging there was a commercial incentive for agreeing to host the students at the fight school.

“It is business and we’re not going to do it for a loss, but us agreeing to the quarantine facility was more a corporate mindedness around trying to support and be part of the South Australian business solution,” he said.

“We are a product that relies very highly on international students, so by putting up our hand and making our facilities available we were going to assist not only ourselves but other South Australian businesses that rely on overseas students.

“At the same time, we would get positive revenue fallout from that as well.”

International education contributed over $2 billion to South Australia’s economy in 2019, partly spent with education providers such as schools and universities, but also on retail, hospitality and tourism.

InDaily contacted Adelaide University, the University of South Australia and Flinders University for comment, but was redirected to StudyAdelaide – a group set up to promote Adelaide as a destination for international students.

StudyAdelaide chief executive Karyn Kent said the group was working with the education sector, the State Government and other stakeholders to ensure the quarantine program was carefully managed.

“Plans are progressing well to bring back international students to South Australia by the end of this year,” she said.

“We understand from our discussions with the institutions that obtaining expressions of interest from returning students will be sought once a start date becomes clearer, at which point we’ll begin to get a clearer picture on the number of students likely to participate, their fields of study and countries of origin.”

A state government spokesperson said they were aware of Flight Training Adelaide’s projected timeline for the return of international students to South Australia.

“South Australia is on track to welcome back international students to the state by the end of the year, but only when it is safe to do so,” they said.

“While work continues on multiple fronts and in conjunction with the Federal Government to achieve this positive outcome for the state, the safety and security of South Australians remains the top priority.

Under Victoria’s plan to return international students, announced earlier this month and yet to receive federal government approval, 120 students each week would be permitted to undertake 14 days of hotel quarantine at the universities’ expense.

New South Wales wants to fly in 500 fully-vaccinated students on charter flights in the coming months under the first phase of a pilot plan that has been signed off by the federal government.

The students would have to complete 14 days of quarantine at a retrofitted apartment block before they are allowed out in the community.

Meanwhile the ACT Government today announced that fully-vaccinated international students would be able to return from the start of the 2022 academic year without having to quarantine.