Under questioning from Opposition frontbencher Tom Koutsantonis, Lines declared claims of data harvesting – long denied by the Government – have been referred to the Office of Public Integrity after he found a “prima facie case” warranting investigation.

Data harvesting claims were first aired earlier this year, amid revelations state government sites had been redirecting users through “stateliberalleader.nationbuilder.com” – a domain operated by the SA Liberal Party, with links found on media releases and across parts of the SA COVID–19 website, as well as on other state government department-run sites.

A Labor push for an independent inquiry did not garner enough crossbench support to proceed, but the Privacy Committee of South Australia surveyed government departments and found there was no evidence personal data was harvested from people using state government websites.

However, it confirmed users were redirected through a platform used by the Liberal Party to collect data for political campaigning.

Tabling that report in May, Attorney-General Vickie Chapman insisted that “despite the hysterical claims of the Opposition [about this] being the biggest scandal in South Australian history, the Privacy Committee has confirmed what the Premier has said from the outset: we never did it.”

“Based on the information provided by state government agencies, there is no breach of the Information Privacy Principles and therefore no further action is required by the committee,” she said at the time, adding that the report “would be forwarded to the Ombudsman”.

Lines, though, took a different view, telling parliament today: “That report did raise some further questions for me [and] I conducted further inquiries.”

“I’ve completed my assessment… the error or the problem has not arisen from within a Government agency over which I have jurisdiction [but] with a political party,” he said.

Asked if this referred to the Liberal Party, he said: “Yes, that’s my assessment.”

“It’s now a question for the Office of Public Integrity as to their assessment of that matter,” he said.

Koutsantonis then asked him to clarify that he had “found corruption, maladministration or misconduct and referred it to the OPI?”

Koutsantonis continued: “On behalf of a political party, the Liberal Party?” 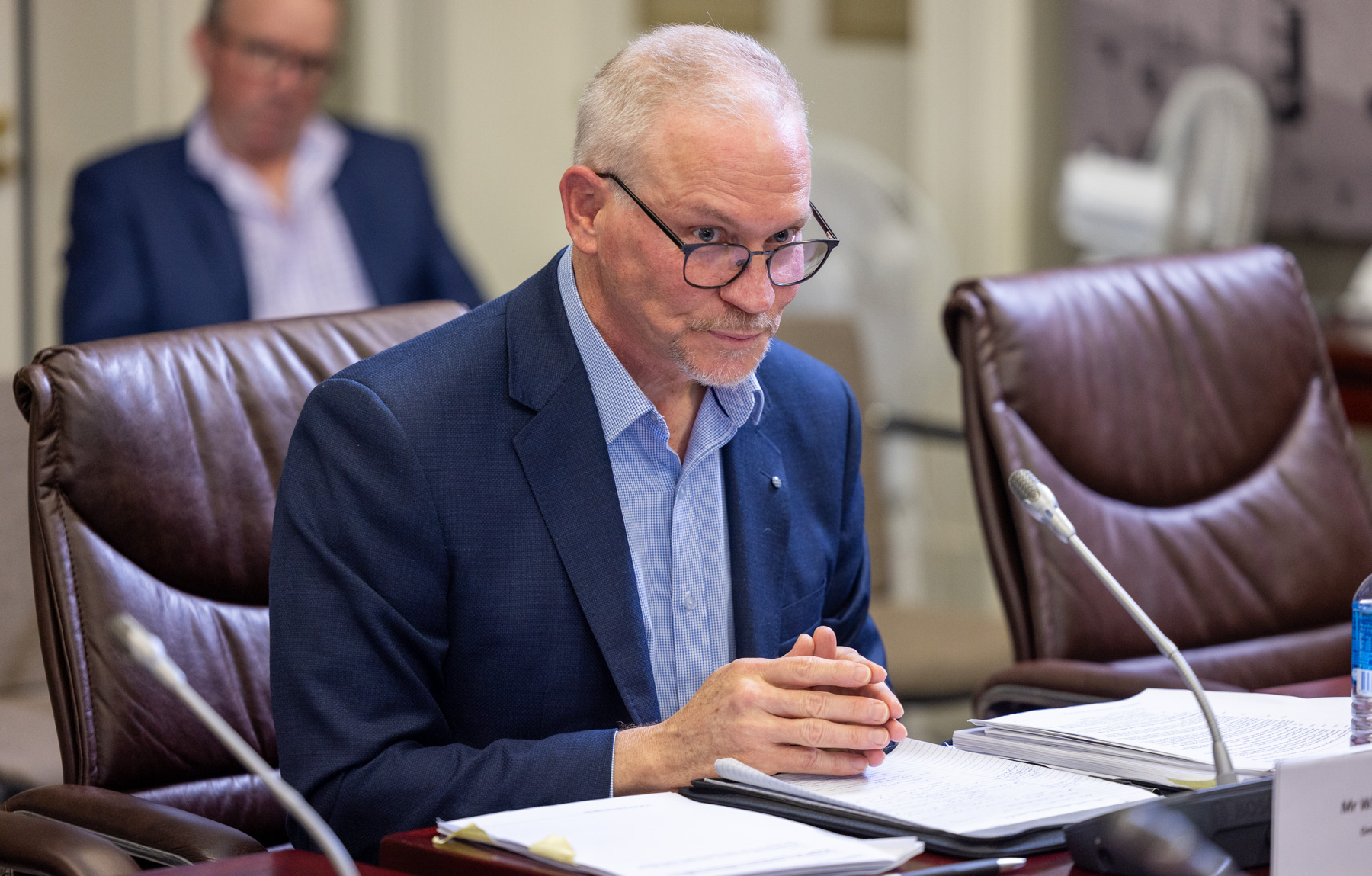 He later issued a clarifying statement saying that “while it is true that the Ombudsman has referred a matter of potential corruption, maladministration or misconduct to the Office for Public Integrity, the Ombudsman did not intend to indicate that he had formally ‘found’ that corruption, maladministration or misconduct had occurred”.

“No conclusions have been made in that regard, only that there are concerns that needed to be referred to OPI for assessment,” he said.

He told parliament he had not “gone that far to identify” individuals he suspected of involvement and had not been informed by ICAC as to whether an investigation had been launched.

He said his office could “potentially” conduct a formal investigation, but “I don’t currently have primary jurisdiction over misconduct and can only investigate misconduct of individuals on referral from the office or from the ICAC”.

He said he had drawn “no final conclusions but [had] concerns enough for me to report” the matter to the corruption watchdog.

Lines initially said he had informed the Premier’s office that he had referred the matter for investigation, but again later clarified that “only the Department of the Premier and Cabinet had been made of aware of the Ombudsman’s inquiries”.

Lines responded: “A potential—that’s the highest you can put it at: as a potential.”

When told of Marshall’s public statement from April that “there was no redirection to Liberal Party websites, domains or platforms”, Lines said: “He may be right. My investigation or my inquiries haven’t established any factual evidence of that.”

He agreed, however, that he had “a prima facie case that the Liberal Party may have conducted itself in a manner that has warranted further investigation” and had referred that inquiry to the OPI.

He said Premier’s Department CEO Nick Reade had made a submission to him “denying any involvement by the department”, to which Koutsantonis said: “So the department has said, ‘We are not involved in this at all. This is all coming out of a political party and the Premier’s office’?” 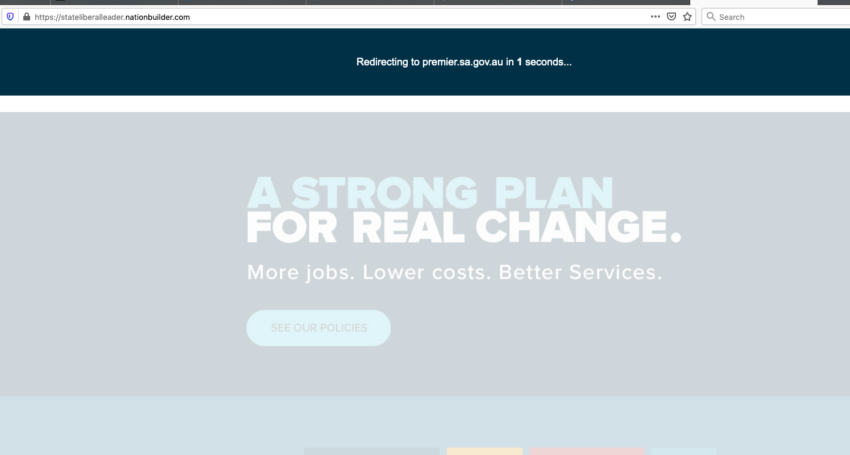 Website users were redirected via Steven Marshall’s own site.

Asked whether Independent Commissioner Against Corruption Ann Vanstone was investigating the Liberal Party or Premier’s office over data harvesting concerns, her office today said the ICAC Act “prevents the Commissioner from disclosing information about complaints, reports, referrals or investigations under the ICAC Act”.

Vanstone did, however, tell the committee today that proposed changes to the Act – some of which appear set to be supported by the Government – would make it difficult to investigate such a claim because “I wouldn’t see them”. 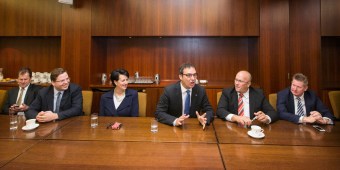 Opposition Leader Peter Malinauskas told reporters outside the committee the revelations constituted a “shocking day in the history of this parliament”.

“Never before has SA witnessed such explosive evidence given by the Ombudsman in regard to conduct investigated into the Premier’s office and the SA Liberal Party,” he said.

“The stench of this now goes right to the top.”