Victorians will be able to gather outdoors in small groups from Friday as part of the state’s latest easing of COVID-19 restrictions despite recording another 514 cases overnight.

Premier Daniel Andrews is expected to announce an easing of restrictions for metropolitan Melbourne on Thursday, given the state is set to reach its 70 per cent first dose vaccination target.

Andrews has already committed to allowing an extra hour of exercise, expanding the travel limit from five kilometres to 10 and reopening communal gym equipment and skate parks once the target is reached.

However, it’s understood that small outdoor gatherings will also be allowed from Friday for vaccinated or partially vaccinated Melburnians.

The government’s roadmap out of lockdown, outlining the state’s restrictions through to November, will be released on Sunday.

It comes as Victoria recorded 514 new locally acquired coronavirus cases on Thursday, with 148 linked to existing outbreaks and the source of 366 infections still under investigation.

It is Victoria’s highest daily tally since the peak of the state’s second wave in August 2020 and the new infections bring the total number of active cases in the current outbreak to 4370.

The number of intensive care patients is also at its highest since August last year, with 44 people in ICU and 23 on ventilators, out of 173 COVID-19 patients currently in hospital.

But the Australian Medical Association’s Victorian branch has said it is “reckless” for restrictions to ease until two weeks after 80 per cent of people aged over 12 are fully vaccinated.

“COVID-19 is putting unprecedented strain on Victoria’s healthcare system and now is not the time to open up,” Victorian AMA President Dr Roderick McRae said in a statement.

“AMA Victoria understands the implications of its policy but there are no simple solutions related to the management of COVID-19.

“This is simply the least bad option.”

Meanwhile, public transport to and from Melbourne’s CBD will be suspended for six hours on Saturday to thwart an anti-lockdown protest.

NSW has reported 1351 new locally acquired cases of COVID-19 and 12 deaths, taking the toll for the current outbreak past 200.

The toll for the current NSW outbreak now sits at 210, and 266 for the entirety of the pandemic.

There are 1231 COVID-19 patients in hospital in NSW, with 231 people in intensive care beds and 108 on ventilators.

Adelaide will be at the centre of a new trilateral security pact between the US, the UK and Australia, with a new fleet of SA-built nuclear-powered submarines announced in a landmark joint speech by president Joe Biden and prime ministers Boris Johnson and Scott Morrison this morning.

The new fleet will be at the expense of the contracted and long-awaited $90 billion fleet of 12 submarines to be built at ASC, with the French Government and Naval Group understood to have been blindsided by the sudden about-face.

The alliance, known as ‘AUKUS’, is a thinly-veiled bid to counter Chinese aggression in the Asia-Pacific, and will see Australia become the only non-nuclear country in the world with a maritime nuclear capability.

In a joint statement this morning, the three leaders said: “We resolve to deepen diplomatic, security, and defence cooperation in the Indo-Pacific region, including by working with partners, to meet the challenges of the twenty-first century.”

“As part of this effort, we are announcing the creation of an enhanced trilateral security partnership called “AUKUS” — Australia, the United Kingdom, and the United States,” they said.

“Through AUKUS, our governments will strengthen the ability of each to support our security and defence interests, building on our longstanding and ongoing bilateral ties.

“We will promote deeper information and technology sharing… as the first initiative under AUKUS, recognising our common tradition as maritime democracies, we commit to a shared ambition to support Australia in acquiring nuclear-powered submarines for the Royal Australian Navy.”

Today’s announcement flagged “a trilateral effort of 18 months to seek an optimal pathway to deliver this capability”, leveraging “expertise from the United States and the United Kingdom, building on the two countries’ submarine programs to bring an Australian capability into service at the earliest achievable date”.

“We intend to build these submarines in Adelaide, Australia,” Morrison said in an address made by all three leaders this morning.

There is no detail as yet about the size or cost of the fleet, or the specific build location – although it’s anticipated the existing ASC facilities would be utilised.

It’s understood negotiations had been ongoing towards signing a contract for the next tranche of the existing Naval Group deal, with the company now scrambling to find out what the dramatic development means for its 350 SA-based workers.

In today’s statement, the three governments said Australia “remains committed to fulfilling all of its obligations as a non-nuclear weapons state, including with the International Atomic Energy Agency”.

“Our three nations are deeply committed to upholding our leadership on global non-proliferation,” they said.

“The endeavour we launch today will help sustain peace and stability in the Indo-Pacific region.

“For more than 70 years, Australia, the United Kingdom, and the United States have worked together, along with other important allies and partners, to protect our shared values and promote security and prosperity. Today, with the formation of AUKUS, we recommit ourselves to this vision.” 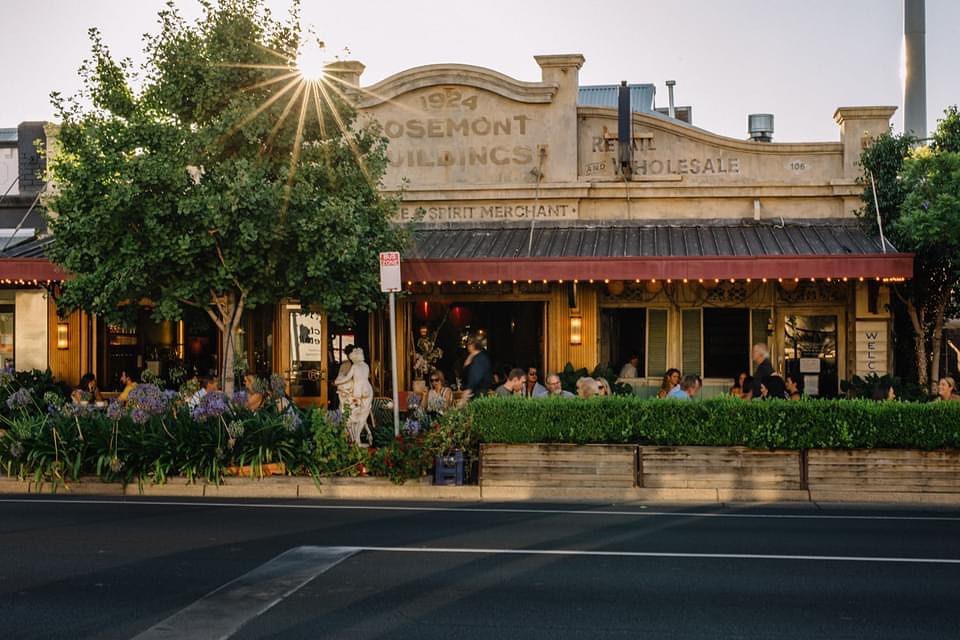 Rosemont Hall has been completely destroyed in a fire. Photo: Facebook

SA Police are investigating the cause of a fire which completely destroyed Prospect Road restaurant Rosemont Hall in the early hours of this morning.

Emergency services were called to the restaurant, which was housed in a classic art deco building, just after 4.30 this morning after reports a building was on fire.

The Metropolitan Fire Service got the intense fire under control within an hour, but the restaurant was completely destroyed.

In a Facebook post this morning, Prospect Mayor David O’Loughlin said police attending the scene were “very upset at losing their, and our, favourite restaurant”.

SA Police fire cause investigators will attend the scene this morning to try to find out what lead to the blaze. 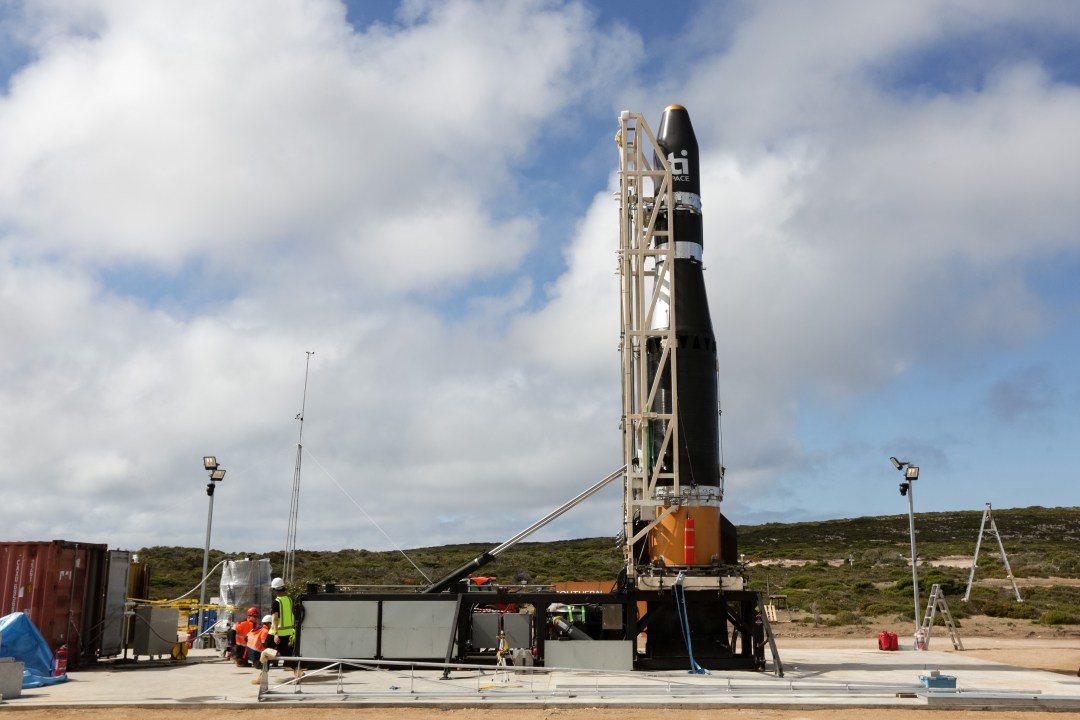 For the second time this week, an Australian space company has aborted a scheduled launch of a 10-metre-high test rocket from the Eyre Peninsula – this time due to a last minute systems fault.

The suborbital Hapith 1 rocket was supposed to launch from Southern Launch’s Whalers Way Orbital Launch Complex yesterday, but at 2.18pm the countdown was halted just before lift off at T-34 minutes after one of the rocket’s systems failed to come online.

The rocket is owned by Taiwanese company TiSPACE and was set to be the first to blast off from Southern Launch’s proposed new launchpad facility as part of a government-approved test.

It has now been put into a safe state in accordance with safety protocols while TiSPACE and Southern Launch assess whether they can attempt another launch at a later date.

The launch was originally scheduled for Friday last week but it was aborted because of strong winds.

At the time, Southern Launch chief executive Lloyd Damp said the delay was a disappointment, but the launch window was still open until September 23.

The Whalers Way Oribital Launch Complex is in a conservation zone about 25-kilometres southwest of Port Lincoln.

Southern Launch plans to use the test launch to gather noise and vibration data to determine the impact of rocket launches on native wildlife while it waits on approval to build two permanent launchpads at the Whalers Way site.

The proposal has received significant backlash from conservationists and local residents, who argue a rocket launchpad complex should not be built in a conservation zone that is home to several state and federal-listed threatened bird species.

A spokesman for the Prime Minister said Morrison had discussed the matter with Porter, after the latter revealed legal bills in his defamation case against the ABC were partly funded through a blind trust called the Legal Services Trust.

It comes as former Prime Minister Malcolm Turnbull lashed out at Porter’s decision to accept the blind trust, saying politicians should not receive money from undisclosed sources.

“This flies in the face of every principle of accountability and transparency in public life,” Turnbull told ABC Radio yesterday.

On his register of interests, Porter said he had no access to information about the conduct and funding of the trust.

He sued the ABC in March over a story that revealed a now-deceased woman’s historical rape allegation against a cabinet minister.

The now-industry minister emphatically denied the allegation and the case was settled before trial.

A spokesman for Porter said the Minister’s disclosure was in accordance with the requirements of the register and consistent with previous members’ disclosures.

Over three million financially-stressed Australians dipped into their superannuation early during the first year of the COVID-19 pandemic to cover their rent, mortgage, debts or household expenses.

A total of $36.4 billion was withdrawn by 3.5 million people who lost work, had their hours cut or received welfare benefits.

The federal government scheme let people withdraw up to $20,000 from their superannuation accounts in two lots last year.

Australian Institute of Families Studies surveys found about two-thirds of people, or 64 per cent, used at least some of the money for household expenses such as groceries and utilities.

Rent or mortgage payments accounted for 45 per cent of spending and debt repayments 40 per cent.

“I had to withdraw some of my super early because of bills being late due to not enough work,” a 55-year-old woman told the survey.

Another described how her sole-provider husband was made redundant.

“I accessed super to pay for pregnancy and baby-related items. To take care of toddler expenses and preparing for new baby,” the 35-year-old said.

Overall, 75 per cent of responses from households that accessed super indicated at least some of it was used to alleviate financial distress.

Almost everyone also took other financial measures, such as cutting down on both essential and non-essential spending.

The man accused of raping former federal Liberal staffer Brittany Higgins is due to face court in Canberra for the first time today.

The 26-year-old man was in August summonsed to appear in the ACT Magistrates Court on the charge of sexual intercourse without consent at Parliament House in March 2019.

Higgins went public in February alleging she had been raped by a colleague in the office of cabinet minister Linda Reynolds.

It triggered a reckoning over the culture in federal politics, questions about who in the government knew what and when, as well as treatment and safety of women at work.

Sexual assault detectives first received a report about the alleged rape in April 2019, with a formal complaint made in February this year.