At a time when the industry should be booming on the back of the HomeBuilder scheme, which has led to record new home approvals in the state, some builders are facing delays of six months or more to secure timber framing for their projects.

The price builders pay for timber has also increased by about 25 per cent, placing additional pressure on housing packages that were sold on fixed-price contracts.

While many large building companies have the relative safety of long-term supply deals, it’s the smaller builders that are under the most pressure.

Master Builders SA CEO Will Frogley said some builders could not get delivery of structural timber until February or March next year, while some suppliers could not deliver roof trusses until late March.

“I take calls regularly and it’s always the small builders who are having the most trouble trying to access timber,” he said.

“The smaller builders are telling us they can’t get delivery until February or March and they might only have a month or two of timber left so they are not going to be able to go six months with no building activity, they’ll go under.

“If we put a bit more supply onto the market but it continues to go to the same people who are getting the limited supply now and not the ones who need it the most then that’s not going to help those who are most risk of insolvency.”

An Expression of Interest (EOI) process was opened on June 25 and applicants had until July 15 to submit their case.

Depending upon the proposals received, there is up to $2 million available to increase the supply of house building timbers but the government is yet to announce any grants.

Kookaburra Homes is a major SA builder, particularly in country areas and has grown from $6 million in turnover to $44 million in the past seven years.

It has about 35 full-time staff and about 200 regular sub-contractors and has sold more than $90 million worth of product in the past 18 months.

“I’m really concerned because the industry sold all these homes on a fixed-price contract to customers, so it’s not like you can pass the cost on.

Walker said his company would be able to survive the crisis because it had a long-term relationship with a local supplier and it did not rely on winning customers purely on price.

“We get ours through a place called Keith Timber and we’re just lucky enough that we’ve built up a business where we have become a valuable client so we’ve been guaranteed our timber when it does come in but in saying that, there is still on average a three-month delay in getting timber,” he said.

“The ones I’m really worried about are the builders who were doing about 40 homes a year and regularly ordering three or four jobs from a timber supplier a month and then went and signed up 80 to 90 because of HomeBuilder.

“They are being told they are not going to get supply of timber at all because they were only ever ordering a few jobs a month previously so they’ve been shut out completely.” 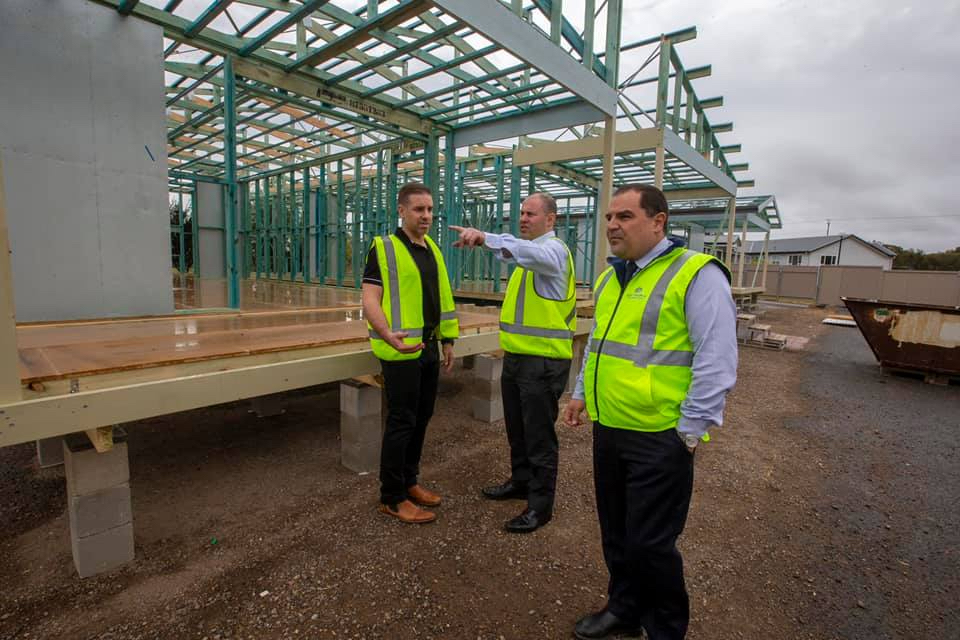 Before the coronavirus pandemic, about 20 per cent of Australia’s structural timber came from Europe. But those supplies are being diverted to the US to fuel America’s own housing boom.

Some South Australian builders also previously sourced timber from Western Australia and Queensland but those supplies have also dried up as sawmills prioritise building companies in their local markets.

Houses can also be built out of steel framing, but those supplies are also being hit with price hikes and delays.

Walker said the delays had prompted other trades and suppliers to increase prices as well.

“So while waiting for timber we’re getting hit with increases in roofing, bricks, plumbing and everything,” he said.

“Usually we can stay ahead of it because we understand how long things are going to take and we can map it out but here, the price rises are catching up to the industry and just rolling over the top of everyone.

“I’m probably losing six to seven per cent gross margin on all my jobs now.

“In South Australia we can’t go back to the customer and charge them for those price rises because everyone’s signed up customers on a fixed price contract so the builder is just having to absorb that.

“If they are going to make savings, it has to come from overheads, which usually means staff.”

Fire affected timber from Kangaroo Island has been touted as a possible solution to the timber shortage but greater sawmill capacity in the state is also needed to process the timber.

There are two sawmills in South Australia that supply structural timber, both in the South East, but they are at capacity.

Listed company Kangaroo Island Plantation Timber is also struggling to secure efficient ways to ship the logs off the island in the face of strong community opposition.

The housing construction industry has been forced to shut down until Wednesday as part of the statewide COVID-19 lockdown.

Sawmills were allowed to keep operating last week, which was expected to make a small dent in the supply backlog.

Frogley said on average $230 million of construction work is done per week in SA including the commencement of about 230 new housing projects.

“It’s particularly frustrating when you’ve got things like lockdowns and the government really dragging its feet on things like that Kangaroo Island solution that would really help massively in terms of trying to solve some of these issues,” he said.

“We’ve been exposed once and if we don’t learn from it we’re going to continue to be exposed in the years ahead.

“In the immediate future it’s absolutely imperative Kangaroo Island timber is delivered to South Australian builders via our mills as soon as possible otherwise the pressure on small builders in particular will become overwhelming.”