Two-time Treasurer Rob Lucas’s eighth – and final – state budget before his retirement next year was delivered with little fanfare and contained none of the bells and whistles that usually accompany pre-election economic blueprints.

“We think the budget that was big-spending was the last one in November, and it had to be,” he said of his previous economic statement.

But he pointed to a projected return to surplus as early as next financial year – despite a record state deficit of $1.782 billion in 2020-21, falling to a still-eye-watering $1.397 billion in the current year.

“We’re looking at economic recovery and budget recovery, and spending no more than we earn from 2022-23,” Lucas said.

Instead of sweeteners, with the Marshall administration hammered over ongoing health and mental health failures, the budget seeks to propose a way out of the malaise over the longer term, with the government hoping to draw a line under recent controversies.

The most striking of those is the scrapping of a long-promised level crossing removal project at Hove, which has drawn criticism from local residents and blown out to a potential $450 million spend.

“We’re not going to proceed with the Hove level crossing, which has had a degree of controversy over recent weeks and months,” Lucas said.

“The Commonwealth Government, in our discussions, indicated they were unwilling to fund a $450 million project – and that’s not an unreasonable position – so the Government has taken the decision to say it is no more… there will be no Hove level crossing.”

Transport infrastructure has proved problematic for the 2021-22 budget – the centrepiece of last year’s predecessor, the final stretch of the north-south corridor, has now blown out by $1 billion, to $9.9 billion.

Lucas blamed the need to “future proof” the project, saying “the big reason for the difference is that the department and advisors have updated the traffic volume modelling, and they’ve said ‘you’d be crazy not to actually ensure you have three lanes going both ways with sufficient shoulder capacity for emergencies as well’”.

“Now’s the time to take the decision,” he said. 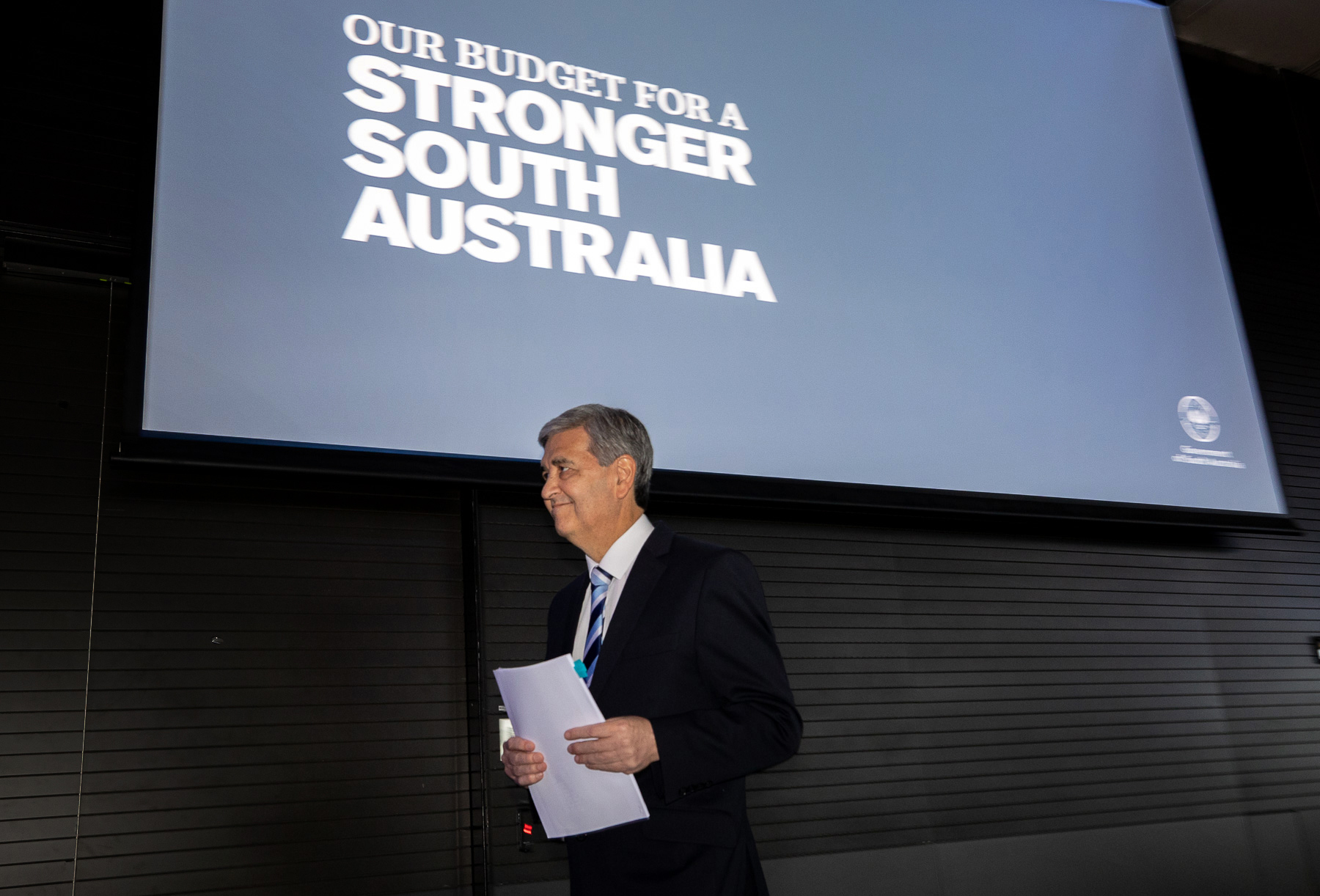 But the budget focus, as promised, is health, allocating $163.5 million over four years for mental health to provide services outside of emergency departments.

It follows intense focus on the sector, highlighted by the resignation earlier this year of John Mendoza as executive director of mental health and prison health services at the Central Adelaide Local Health Network (CALHN), a year into his three-year contract.

Among new initiatives announced today, $20.4 million will be spent over three years to build a 16-bed Crisis Stabilisation Centre in the northern suburbs – similar to the new Urgent Mental Health Care Centre which opened in the city in March – but providing the option of longer stay care.

The new centre will operate 24 hours a day, providing acute crisis care, as a more appropriate alternative to emergency departments.

Responding to an urgent need for more intensive care psychiatric beds in hospitals, the government has allocated $12 million to create up to eight extra beds.

The Royal Australian and New Zealand College of Psychiatrists had called for a minimum of 10.

Psychiatrists wanted a significant increase in mental health beds – saying SA is about 130 short of the national average and in need of an extra 20 forensic and 60 rehabilitation beds.

The budget doesn’t deliver that. Instead, other mental health spending includes:

In general health, the big ticket item was already known – an expanded new Women’s and Children’s Hospital – with the government today revealing a $1.95 billion price-tag for the new 500-treatment space hospital, subject to an Infrastructure SA review.

Two air bridges will link the new WCH to the Royal Adelaide, providing direct access to the adult Intensive Care Unit and other clinical services as well as the use of the helipad for medical retrieval of critically unwell patients.

But the hospital now won’t open for patients until 2027 – with two elections to navigate in the interim.

An image of what the new WCH may look like. Photo: Supplied. Design credit: Woods Bagot

The government says it will provide a 13 per cent increase in capacity from the current hospital – including a much bigger emergency department.

But doctors yesterday raised concerns it included only one extra paediatric overnight bed.

Lucas said the devil was in the detail, and it included extra categories like 23-hour beds, not technically classified as overnight beds.

The government is investing $7.4 billion overall in health spending in 2021-22.

Doctors have been calling for a broader strategy though to address bed-block, warning that simply creating bigger emergency departments – without creating extra beds to admit patients in wards – won’t fix the problem.

Part of its solution outlined today includes transferring metropolitan patients to hospitals on Adelaide’s outskirts for ongoing care in times of peak demand.

The government’s main budget education announcement – a new high school in Adelaide’s east – was spoiled by a leak to Labor earlier this month.

The existing buildings will be knocked down and replaced, while the oval and soccer pitch will be retained.

The school will open in 2023 for Year 7 students, with older students starting the year after.

Following the leaked details, the Australian Education Union questioned how the decision had been made for the location of a new high school, given a growing need in the city and inner north.

The government today said Education Department modelling showed that without the new facility at Rostrevor, secondary schools in the eastern suburbs would reach 105 per cent capacity by 2023, climbing to 132 per cent capacity in 2036.

The other key education announcement in Lucas’s “lucky last” budget is a $50.1 million early learning strategy, touted by the Premier as a “once in a generation” investment.

Described by Lucas as “one of the most exciting elements of the budget package”, the aim of the centre is to increase the number of children developmentally on track by the time they start school.

Children will now have six developmental checks from birth to preschool, to ensure they are meeting milestones.

The government says there will be greater access to child development professionals, increased support for playgroups and a “significant investment” in the preschool system.

The strategy includes $35 million to expand child development checks and will see the creation of a new Office for the Early Years.

Its function will be designing and commissioning trials of service models to increase the number of children from birth to age five accessing developmental health checks and provide them more often.

An extra $11.8 million will be invested in non-government schools for capital projects to support growing enrolments.

More than $215 million has been earmarked for TAFE SA over five years.

Education Minister John Gardner said that investment would ensure it “continues to innovate and modernise its services” to meet future needs – rhetoric that will prompt questions from the Australian Education Union, which has been raising concerns about course cuts.

The already-announced election pledge of a new city basketball arena and conference centre has come in slightly cheaper than first envisaged, at $662.3 million, with Lucas confident costs will be further defrayed by the lucrative sale of the existing Adelaide Entertainment Centre.

But only $78.9 million is budgeted in the forward estimates, for planning and early works, including the construction of a tunnel under Morphett St.

Lucas said that “COVID will still smash our budget in 21-22 [and] over three years has been a massive hit to the state budget”, along with “additional costs we’ve had to incur in health, police and the like”.

“But what we will highlight there is that SA returns to surplus much, much sooner than anywhere else – and after that we’d have to return to spending no more than we earn,” he said.

By then, Lucas won’t be there to promote it, but he insists he is “unashamedly as excited about our state’s future as I’ve ever been in my 40 years in parliament”.