Liberal Party state president Legh Davis has been sent an email – seen by InDaily – by a parishioner from an Adelaide Pentecostal church, complaining that a senior Liberal has been “using my church to take over your party”.

It comes just days after a southern suburbs church – Southland Church in Pasadena – held a service attended by four senior Liberal MPs, at which the pastor, Rob Norman, told the congregation it was their “mission” to become party members to help block contentious ‘anti-Life’ legislation such as the recent abortion and voluntary euthanasia Bills.

“It’s really simple – if Christians joined political parties many of these Bills would not even make it into parliament,” Norman told the gathering in a service that was live-streamed on Facebook.

He said party membership gave people “the right to vote at meetings, and that will include the preselection of local candidates”.

The congregation also heard a barnstorming speech from Marshall Government Environment Minister David Speirs, who delivered a damning assessment of the state Legislative Council and told the gathering to “forget” the concept of the separation of church and state.

Speirs, who led the House of Assembly charge against the recent Termination of Pregnancy Bill introduced by Attorney-General and Liberal moderate Vickie Chapman, said his amendments helped “ensure that we have the most conservative abortion laws in the nation… the best of a bad bunch”.

This idea of the separation of church and state – forget it!

He said he had a “reasonable level of confidence” that similar safeguards would be added to the forthcoming euthanasia legislation.

“So we don’t necessarily win every battle, but we are making a difference along the way, and we’re doing it because we’ve got support from people like the congregation of Southland,” he said.

“So thank you for your engagement – churches have to be engaged in these things and I would encourage you to continue to be engaged.

“Pay very close attention to what’s happening in your parliament and what your local members of parliament are doing… this idea of the separation of church and state – forget it.

“If you’re going to use that as an excuse – and many churches do – not to get involved, and not to influence your members of parliament, we are on a sad and slippery slope to a very dangerous place.”

He heaped scorn on the Upper House, saying: “I don’t really know what they do, to be honest.”

“They just wave legislation through, they shrug their shoulders and they’re not interested in undertaking deep analysis or challenging legislation that is presented to it.”

He said the Legislative Council’s “average sitting day starts at 2.15pm and they rise about 5.30pm [so] if anyone’s looking for a good job, try and get elected to the Upper House of the SA parliament”.

Also in attendance at the service were state MPs Carolyn Power and Steve Murray, as well as senator Alex Antic, who Norman called a “ring-in” and a “friend that I met for coffee the other day”.

I do not speak with InDaily because InDaily is fake news

Several sources have told InDaily Antic and other Right-faction figures have been actively recruiting party members in various Pentecostal communities in recent months, with more than 400 new members signed up since January.

Antic did not respond to calls today and replied to a series of questions sent by text message by telling InDaily that “due to your inaccurate and lop-sided reporting I have no interest in speaking to you”.

“I do not speak with InDaily because InDaily is fake news,” he said.

InDaily has seen an invitation for an event hosted by Antic, inviting participants to come and listen to him “talk about the Liberal Party, its structure, how it works and what new members need to know”.

Sources have said the recruitment drive has been conducted under the banner: “Believe In Blue.”

The phrase did not appear in this context in a Google search, however a local domain name containing the phrase has been set up, and is registered to Ben Hood of Hello Friday Pty Ltd. 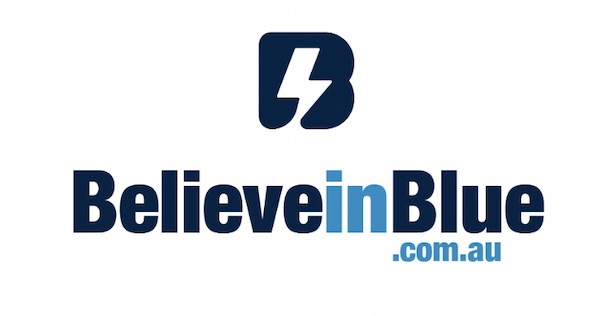 The homepage of believeinblue.com.au, registered by Liberal member Ben Hood.

Hood is a Liberal party member linked to the Right faction, who has been touted as a likely candidate for the seat of Mount Gambier.

He told InDaily the domain name was registered “for a client” but when asked who that was and whether they were linked to the Liberal Party, he said he was “not at liberty to disclose that information”. 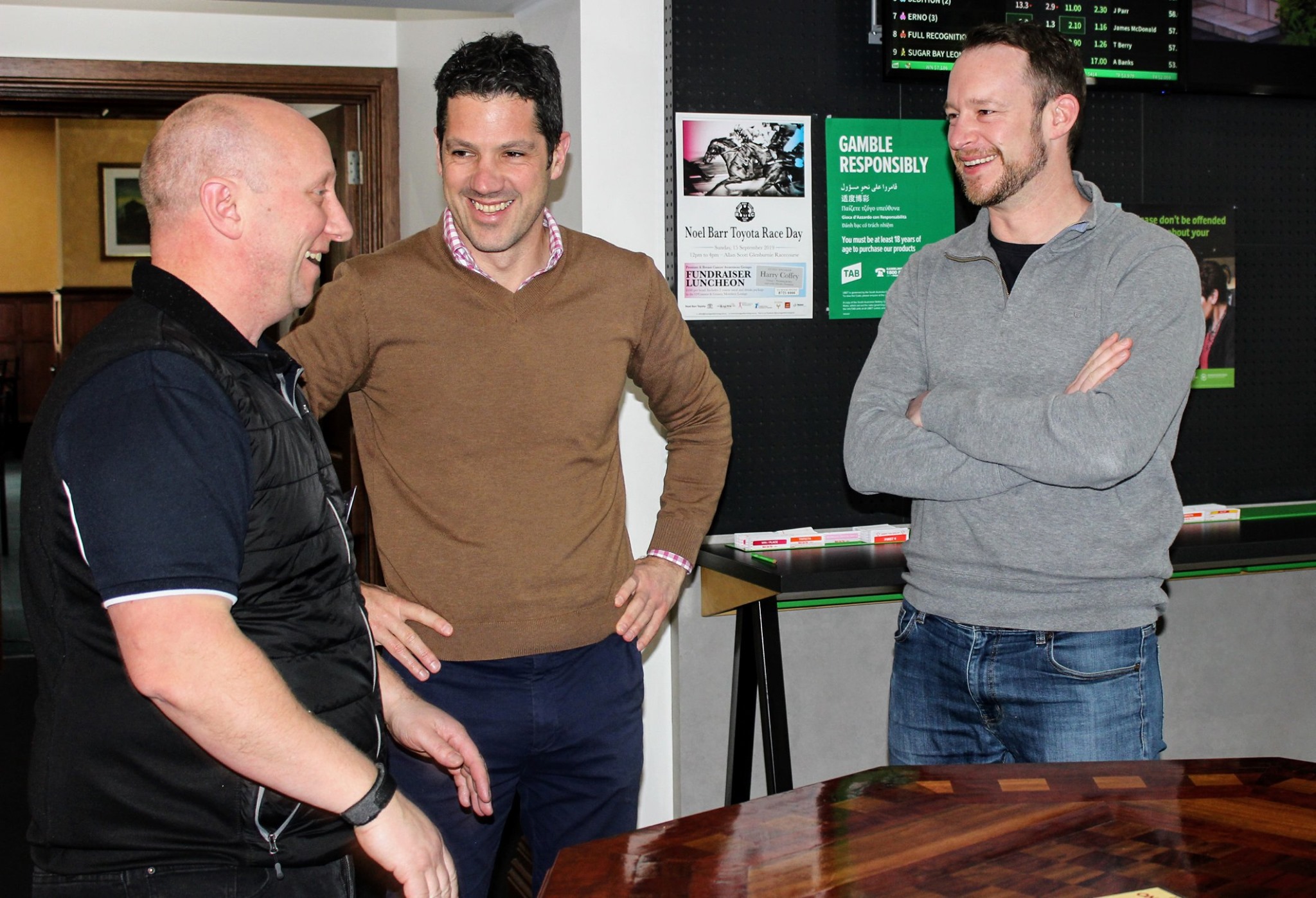 Several MPs have raised concerns about the influx of Pentecostal branch members in recent months.

It’s understood the issue was at the centre of a heated exchange involving Antic at a recent Makin Federal Electorate Conference AGM.

One source told InDaily the heavy focus on Pentecostal communities for recruitment was reminiscent of similar pushes in Victoria and Western Australia.

“Everybody knows what happened in Victoria and WA – the party got blown up by the Hard Right,” one source said.

“We need to take action here to protect the churches as much as the party – if this runs its course individual party units will become extensions of local Pentecostal churches with no wider appeal.

“That made us unelectable in WA and northern Melbourne.

“Almost every member of parliament is talking about this right now while the state executive sits around with their thumbs up their arses.

“It’s going to be on like Donkey Kong from here… they need to quarantine these memberships straight off the bat.”

Norman told the congregation politics needed “people of character [who] are prepared to be voted out at the next election because of what they stood for”.

“Modern day Leftism has sadly departed from the true social justice that was once owned by our friends in the more progressive parties,” he said.

“But what I’ve discovered is we’ve got to be part of the solution.”

He said that meant “getting involved”.

Norman added that he had “learned recently” that “the two parties roughly have a membership… of around 5000 each, give or take, in the state of SA”.

“Do the maths, it’s not that difficult.”

He told the gathering it cost around “$70 or $80 to join the Liberal or the Labor party”.

“I want to suggest this morning that if you are activated that that’s the first thing to do.”

He urged them to “drop Alex an email” if they want to join the Liberal Party, saying: “He’ll start sending his newsletter to you, you’ll start to get enlightened.”

“I think most of us agree that the passage of legislation that has absolutely no concern for the sanctity of life is abhorrent – we can never accept it,” he said.

“It’s really simple, if Christians joined political parties, many of these Bills would not even make it into parliament – they would be cut off at the pass, absolutely.

“It’s a really good thing to do, you’ll start to affect the way things go, and I believe that we have a mandate to do this.

“I don’t think it’s a good suggestion, I actually think it’ s a given – we’ve just got to do it.

“We’ve got to get active with this stuff, we can no longer sit back and watch.”

He added that he had “probably overstepped a few boundaries” but “I am so passionate about this”.

“It’s really important that we’re engaged in this realm, and you never know what doors God might open,” he said.

In an emailed response to questions, Norman told InDaily: “Southland is non-partisan and non-political.”

“I do believe the Great Commission applies to Christians being active in all realms of community life, including the political realm,” he said.

“My view is that people will choose to align with a particular political party based on personal convictions.

“I do not follow through with our congregation in terms of whether or not people choose to join a political party… my aim is to teach The Bible and allow people to respond however they decide.”

He said Southland “often invites Church or Community leaders to attend [services] but we do not provide a platform for them to promote or recruit”.

Another Liberal source told InDaily there was no issue with recruiting new members as such.

“People are allowed to join the party, and we’re quite happy to have people of faith join the Liberal Party,” they said, noting that Prime Minister Scott Morrison was a prominent member of the Pentecostal church.

“The only thing of concern is if people were… not being appropriately aware of factional objectives,” they said.