The Waite MP’s trial concludes today, with both prosecution and defence summing up their arguments.

Duluk is accused of assault after allegedly “whacking” SA Best MLC Connie Bonaros on the bottom at a parliament house corridor Christmas function in December 2019.

Marie Shaw QC, for Duluk, told magistrate Jonathan Wells today the testimony of Bonaros and then-Greens staffer Emily Bird were fundamerntally inconsistent and “demonstrates that your Honour should have a reasonable doubt about the evidence of Ms Bonaros”.

She said the defence did not argue that Bonaros was not a credible or honest witness, but “that the evidence of Ms Bird is not able to be reconciled with Ms Bonaros”.

Bird, a prosecution witness, told the court that she had seen Duluk “touch or pat” Bonaros on the bottom while the two were walking side by side down a corridor.

She said the pair then rejoined the party, and had other interactions later that evening.

Bonaros’s recollection was different, telling the court she told Duluk to “sit the fuck down” after he “whacked” her bottom with an open hand, after which she fled to the bathroom and did not see him again on her return.

Shaw told the court the case had precedent in the High Court acquittal of Cardinal Pell on appeal last year, saying that in both cases the court could accept that the key witness “might be credible” but that there might be conflicting evidence “that meant that a charge could not be proved beyond reasonable doubt”.

In that case, she argued, “a jury assessed the complainant as credible and reliable [but] it nevertheless required a jury acting rationally to have entertained a doubt” about Pell’s guilt.

Shaw argued that “the evidence of Ms Bird must be a source of reasonable doubt in the same way as it was in Pell”, arguing the accounts of the two key prosecution witnesses “cannot be reconciled”.

Prosecutor Anika Francis told the court Bonaros was a “confident, open, honest and reliable witness” who “can be accepted as a witness of truth”.

She said the prosecution “accepted there are some inconsistencies in the accounts” of Bonaros and Bird, but argued both witnesses “describe Mr Duluk making inappropriate contact with Ms Bonaros’s bottom”.

“In the prosecution’s submission that inconsistency is not such that the court cannot be satisfied that the allegation occurred,” she said.

Bird also gave a different interpretation of various other events, including an allegation that Duluk poured ice down the front of Bonaros’s dress and the order in which several incidents transpired.

Wells asked Shaw if she was asking him to consider whether or not the evidence as described by Ms Bird would fall within the definition of “acceptable conduct”.

Shaw suggested that distinction would be relevant “if the defendant was charged with indecent assault”, but argued it was less so with the charge of basic assault.

“A touch on the bottom which is said to be a common assault – without carnal passion – is simply a matter that depends on the circumstances,” she said.

“In these circumstances these two people are walking together, [according to Bird’s evidence] they continue to walk together and there’s no response from Ms Bonaros of any offence…

Wells has reserved his decision until next month.

The court today released a photograph taken during the drinks function.

Bonaros yesterday told the court she had earlier that night posed for photographs with Duluk and Labor MLC Justin Hanson, during which the then-Liberal MP for Waite picked her up after she joked that she was “clearly very short in this line-up”.

Shaw revealed Bonaros had weeks later discussed the photographs via text message with a staffer, whom the court heard was told: “I don’t want them to see the light if (sic) day.”

Bonaros replied that she did not recall the text messages, “but if I did say that, I did it for very obvious reasons”.

“I was under a huge amount of stress, and I didn’t want the entire thing to see the light of day,” she said. 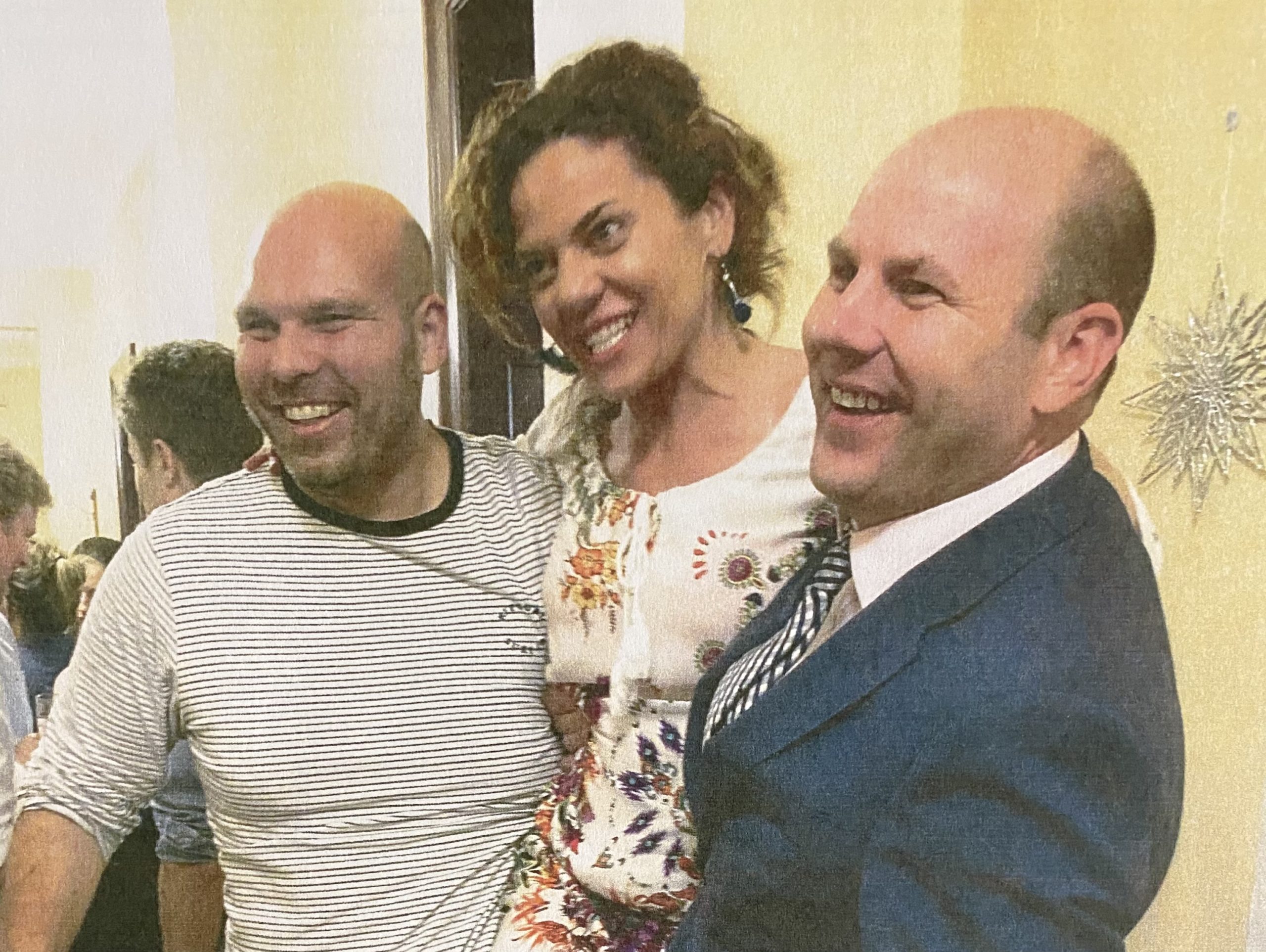 The photograph, with Hanson (left) and Duluk (right) flanking Connie Bonaros, was released by the court late today.

Today, prosecutor Anika Francis told the court both sides had agreed that Bonaros did not tell a police interviewer about the existence of the photograph during an initial interview on February 3 last year

“Ms Bonaros did not tell [the interviewing officer] during that. meeting about the photo or the circumstances in which the photo was taken,” Francis said.

She said that during a follow-up interview the next day “Ms Bonaros first told [the officer] that a photograph was taken with herself, Mr Duluk and Mr Hanson on the night of 13 December 2019”.

Francis said that Bonaros had “handed over her mobile phone to police” at the start of the initial interview “and that was not available to her during the statement-taking”.

She told the court the interviewing officer “has no recollection of being shown the photograph thereafter”.

Francis that another rpolice officer who was overseeing the investigation “was unaware of the photograph until he rediscovered it after 11 May 2021, in response to a defence request for disclosure”.

That officer, she said, “had not been advised by Ms Bonaros [about the photograph] and was unaware that the phone records showed that [a staffer] had sent the photo to Ms Bonaros”.

She said the staffer had not been approached by police to provide a statement.