Citibank, on behalf of Credit Suisse, yesterday lodged an application in the New South Wales Supreme Court to wind up the operations of Gupta’s OneSteel Manufacturing and Tahmoor Coal Pty Ltd.

Successful legal action could force the Whyalla steelworks – the town’s biggest employer with around 1200 workers – into liquidation.

The NSW Supreme Court directions hearing is set down for May 6.

However, in a statement sent to InDaily this morning, a GFG Alliance spokesperson said its Australian Mining and Primary Steel (MPS) business, which includes OneSteel Manufacturing Pty Ltd and Tahmoor Coal Pty Ltd confirms it has received multiple offers of finance from large investment funds and is in advanced due diligence.

“The termsheets as currently proposed would provide enough cash to repay the creditors of MPS,” the spokesman said in the statement.

“GFG Alliance expects the confirmatory due diligence to be complete within weeks before a final offer is accepted.”

Gupta has been under immense pressure since his firm’s major supply chain financier Greensill Capital filed for insolvency in the UK at the start of March after billions of dollars of its credit insurance expired.

Supply chain finance is typically used to pay suppliers for their goods and services quickly at a discounted rate rather than making them wait up to 90 days for payment.

Companies such as GFG Alliance would then pay Greensill the full amount at later date.

In a statement late yesterday, GFG said its Australian MPS business did not conduct any financing with Credit Suisse and had not sold receivables to Credit Suisse.

“Any proceedings instituted by Credit Suisse will be vigorously defended,” it said.

“MPS is well advanced in preparations to refinance its Greensill facilities in the very near term.

The Australian businesses are performing well and generating positive cash flow, supported by the operational improvements we’ve made and strong steel and iron ore markets.

The State Government is adopting a no panic, wait and see, business-as-usual position.

SA Premier Steven Marshall told ABC Radio this morning that in his most recent conversation with Gupta “in the last couple of weeks”, the British billionaire seemed quite confident he would able to refinance his Australian operations.

“We await to find out whether one, GFG can refinance between now and the 6th of May, or two, what the court will find and whether or not they will grant this application to appoint an administrator,” Marshall said.

“From my perspective, I just want to see those jobs preserved here and I want to see us making steel.” 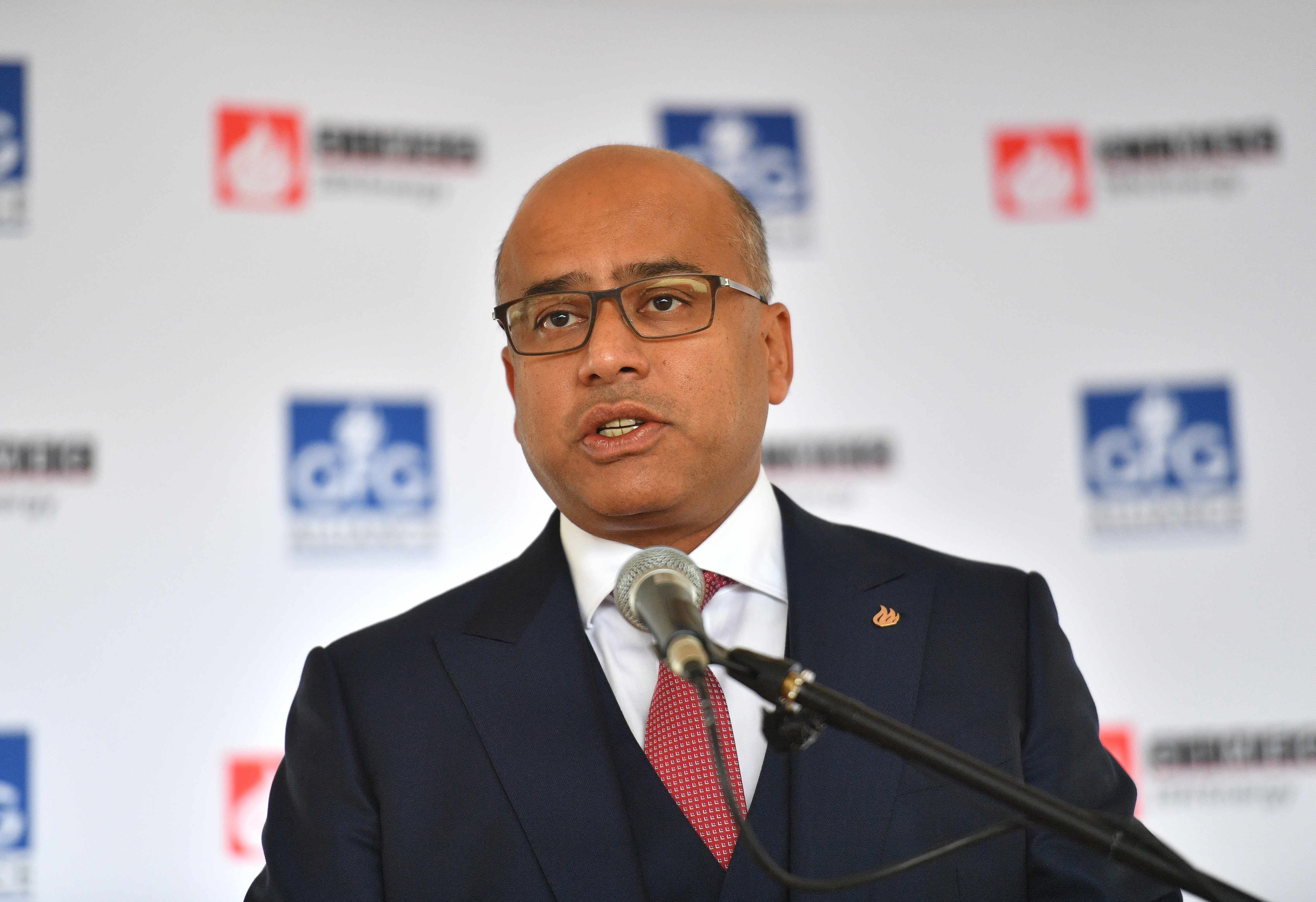 SA small business commissioner John Chapman last month wrote to Gupta airing his concerns about the future of GFG Alliance in Australia and its potential impact on hundreds of SA businesses that supplied the Whyalla operation.

Chapman told InDaily this morning he continued to monitor the situation in Whyalla closely but was not aware of any businesses halting supply to the steelworks.

“There was a payment run last week for suppliers and there’s another one due this week – I monitor that and if there’s a problem people let me now pretty quickly,” he said.

“Everything I have got says that it is still business as usual – the steelworks is still making steel, the iron ore plant is still digging out ore but there are events that are way out of our control that still need to run their course.

The British Government last week rejected a bid from Gupta for a more than $A300 million lifeline for his UK steel operations.

The South Australian Government has also ruled out a bailout if Gupta runs into trouble, but Treasurer Rob Lucas last month said $50 million offered by the previous government was still on the table for “tangible infrastructure projects” around the Whyalla steelworks, although it will not be given to Gupta for debt refinancing purposes.

Shadow Treasurer Stephen Mullighan said “every effort” must be made by the State Government to save the steelworks from collapse.

“The steelworks are vital to Whyalla and to South Australia’s economy – every effort must be made to save these steelworks, especially when our state has the highest unemployment rate in the nation,” Mullighan said this morning.

Giles MP Eddie Hughes, whose electorate covers Whyalla, has a son, Liam, working at the steelworks.

The Labor MP said there was no panic in Whyalla at the moment and the general feeling about the recent performance of the plant was positive.

“Before I left the house today my son came home from night shift and he said ‘as workers we know there’s not much we can do to influence what is going on but we know our order books are full, we’re cranking out the steel, we know that the mines are doing well’ so there’s those positives on the ground here in Whyalla,” Hughes said.

“There’s been people wanting to talk about the situation but the general view is we’re just going to get on with it and if it comes down to it we will fight for our future but at this stage we’re just taking it as it comes.”

Whyalla Mayor Clare McLaughlin said the council had been reassured by GFG Alliance that it would vigorously defend any legal proceedings; continue to have sufficient funds for its current operations, and;  was well advanced in refinancing its Greensill facilities.

“These are all encouraging signs, so we implore the community to remain positive as this process plays out, and to not jump to conclusions based on speculation,” McLaughlin said.

“Council was recently briefed by GFG on their local operations, and it was extremely encouraging to hear about their profitability; the record rates of production; strong demand for their product; as well as the positive attitude of their employees despite recent external speculation.”

UK-based Sanjeev Gupta was hailed a saviour of the business and town after former steelworks owner Arrium went into administration and he took it over in 2017, vowing to improve and expand the operation.

GFG had planned a $1 billion upgrade at Whyalla but that was delayed by up to seven years last year as the global alliance flagged huge cuts amid sluggish steel sales amid the coronavirus pandemic.