SA Water chief executive David Ryan told a parliamentary committee hearing yesterday that the Government “hoped” that upgrades to Oodnadatta’s water supply would start in about 12 to 18 months, but in the meantime, residents would still be charged about $300 a year to be supplied with undrinkable bore water.

Oodnadatta resident and former council chairperson Maria Stewart described the admission as “disappointing” and warned locals would continue to get sick from coming in contact with the water while the Government stalled.

InDaily reported in 2019 that households in Oodnadatta – a town of about 200 people in far-north South Australia – were each being charged standard prices for water which, since the 1990s, has been identified as a potential source of the parasite naegleria fowleri.

When inhaled, the parasite can cause an infection that rapidly destroys brain tissue, prompting nausea, hallucinations, high fever and eventually, death.

While SA Water says no cases of naegleria fowleri infection have been officially detected in Oodnadatta thus far, freedom of information documents show the water has, over the past decade, consistently exceeded national drinking water guidelines for recommended chloride, sodium, sulphate and total dissolved solid levels.

InDaily has also spoken to several Oodnadatta locals, who have complained of itchy and scarred skin which they said was caused by bathing in the water.

Drinking rainwater is also out of the question for residents, with the SA Housing Authority warning against ingesting what it calls “undrinkable” and “unfiltered” rainwater from tanks at its leased properties. 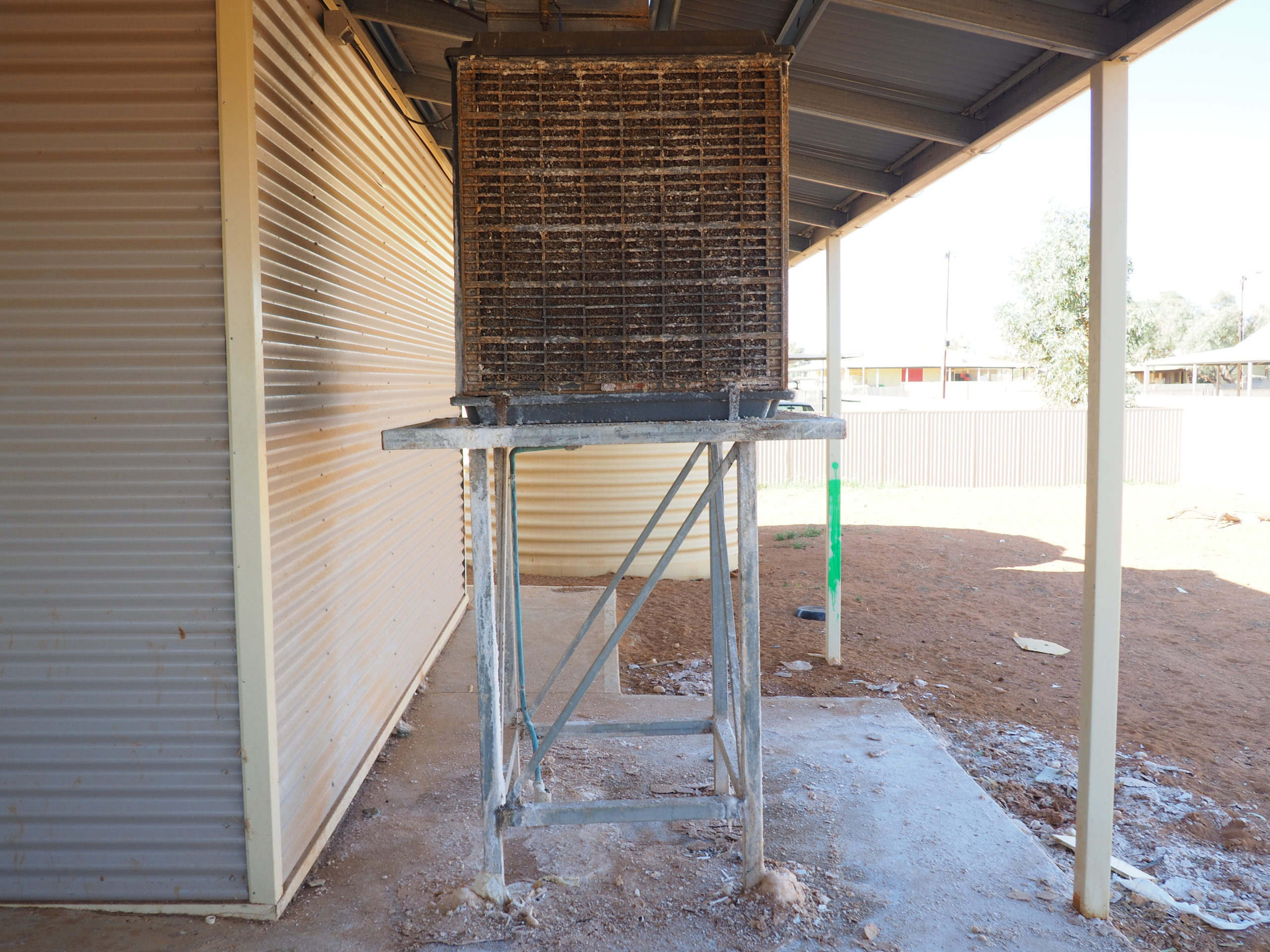 Airconditioning units in Oodnadatta are mostly corroded due to the poor water quality. Photo: Stephanie Richards/InDaily

The situation leaves Oodnadatta residents to choose between drinking the questionable bore or rainwater, buying expensive bottled water, or taking containers to a clean water outlet set up in the town’s main street, which the State Government says is mainly for passing tourists and which costs $4 for 20 litres.

In June last year following advocacy from the Oodnadatta community and several InDaily reports, the Government committed $41 million to upgrade water supplies to 350 properties across regional SA, with Oodnadatta prioritised as the first town on the list.

At the time, Water Minister David Speirs described the funding – $9 million of which will be spent in Oodnadatta – as “life-changing for those that live in our regional communities who have been crying out for better access to water”.

But nine months on, SA Water is yet to start the upgrades.

Ryan told parliament yesterday that Oodnadatta residents were still being charged for water “that is well known not to ingest or not to drink” and the budgeted upgrades were not anticipated to start until next year at the earliest.

“They (Oodnadatta residents) are actually first on that list for an upgrade, so we would hope it would be in the next 12 to 18 months,” he said.

Asked if he could provide a more precise date, Ryan said he would have to take the question on notice.

Asked if Oodnadatta residents were still forced to pay statewide water prices for water that they can’t use for brushing their teeth, Ryan responded: “It’s well known and well communicated not to ingest the water”.

He said the cost of that water is not included in the standard water price “which is the purpose of why we want to upgrade through this regulatory period”. 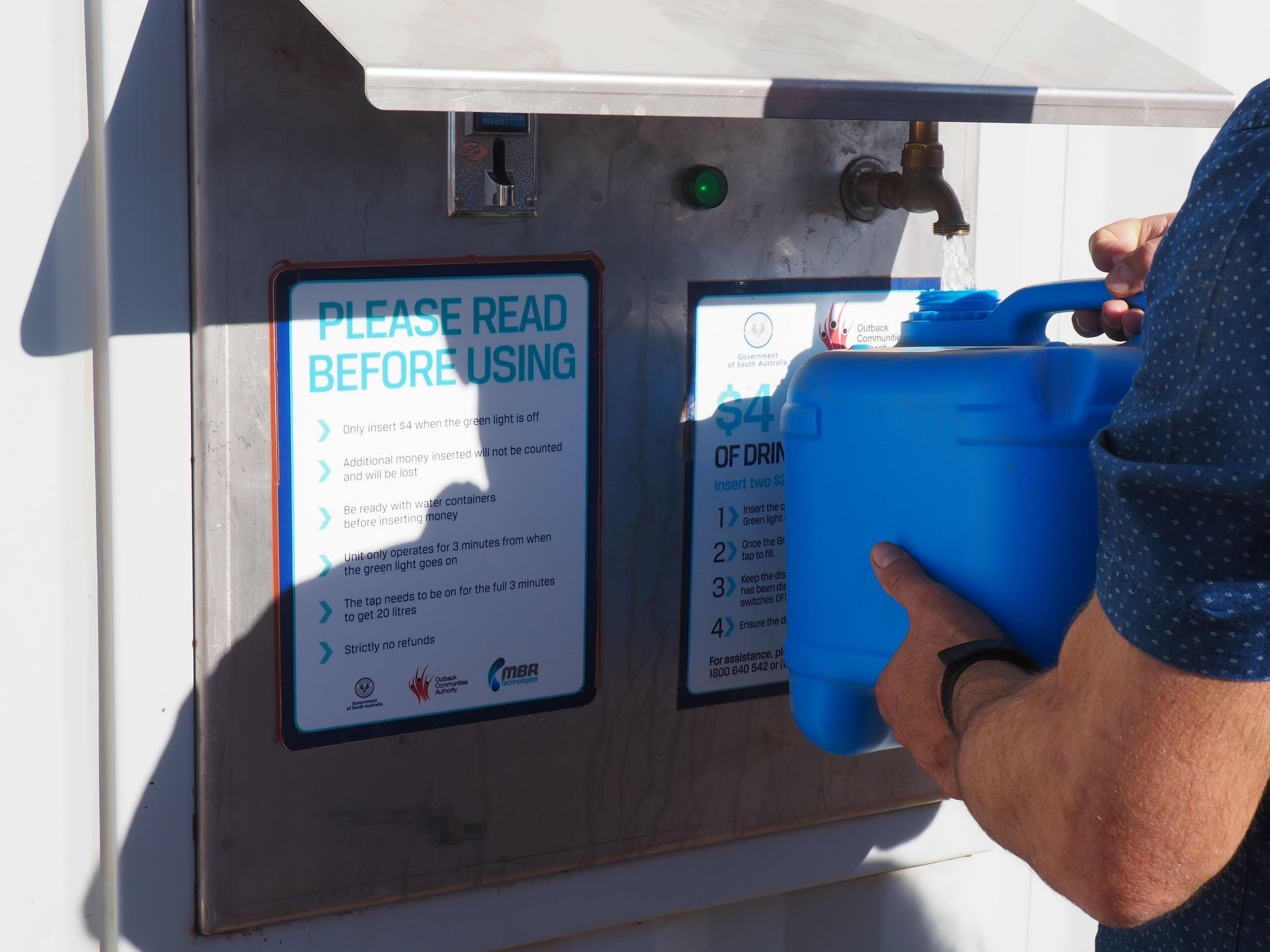 Former Dunjiba Community Council chair and Oodnadatta local Maria Stewart told InDaily that she was yet to meet with SA Water about the proposed upgrades, with the COVID-19 pandemic hampering consultation with the community.

She said since Speirs announced his cash splash in June, the town’s water situation was unchanged.

“People are still getting sick,” she said.

“What happens is because the water is so hard, people get skin infections when the bacteria goes in.

“If you’ve got open wounds you get infections and if you want to keep it (the wound) clean then it’s defeating the purpose.”

In a statement to InDaily, a SA Water spokesperson said the timeline for Oodnadatta’s water upgrades remained unchanged and the works would be completed by 2024.

The spokesperson said planning started shortly after approval was granted in June last year and consultation had occurred last year with the community.

“The physical tasks required to undertake the Oodnadatta upgrade – which include technical studies, engineering design, community engagement, delivery contractor engagement, procurement or equipment and materials, civil and mechanical construction, and asset commissioning and testing – take time to complete, and achieving them will represent a positive outcome for an infrastructure upgrade of this size and complexity,” the spokesperson said.

“We began working with Oodnadatta community representatives last year on the planning of this project and look forward to continuing to work together to deliver their new drinking water supply and realise benefits across the community.”

Water Minister David Speirs said regional communities such as Oodnadatta had been “crying out for better water access for years” and he would make sure the upgrades were complete “as fast as practically possible”.

“SA Water has always said it would complete these upgrades in this regulatory period,” he said.