The Government announced today that it had awarded a $300,000 tender to youth not-for-profit organisation SYC, which will deliver the program in Adelaide from next month.

It follows concerns from the State Opposition and public sector youth workers, who feared privatising the government-run Community Service Order Program could lead to more children being locked up.

The program has been operating for decades, working alongside young people aged 10 to 18, their families and communities, to limit the rates of detention in the Kurlana Tapa Youth Justice Centre.

Under the program, children who are handed community service orders by the Youth Court must complete a set number of hours doing structured work activities, to provide them the opportunity to reflect on their offending, develop life skills and promote social responsibility.

According to the Public Service Association, the success rate of young people completing their community service orders in SA is “high” – sitting at 70 per cent.

In October, InDaily reported that the Department of Human Services had opened a tender process for non-government organisations to run the program in Adelaide following a recommendation in the state’s Youth Justice Plan.

While SYC will run the program in metropolitan South Australia, the Department for Human Services will continue to run it in all regional and remote areas of the state.

The Department’s executive director of youth justice services, Kathrine Hawkins, said privatising the program would save the Government $400,000 each year.

“SYC is able to absorb many of the costs previously faced by the Government through utilising its existing facilities and programs,” she said.

“SYC has extensive experience working with young people in the justice system and will bring a wider variety of programs and activities to the table for our young people to engage with,” she said.

New activities offered under the privatised program include alternative education programs for young people who have disengaged from school, as well as digital literacy, language literacy and numeracy programs.

The revised program will also offer independence, wellbeing and work-readiness programs, with an emphasis on proving culturally-appropriate opportunities for Aboriginal young people.

“As an established organisation with many partnerships and programs that support young people, SYC will be able to offer ongoing support to participants that extends after their court-ordered requirements have been completed,” Hawkins said. 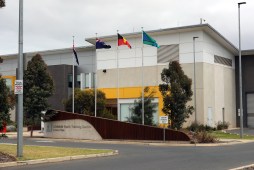 “This may include homelessness and housing services, mental health support, drug and alcohol counselling, or financial counselling.

“This holistic approach and ongoing support network will give young people the best opportunity to make lasting, positive change.”

“Under the CSO program, we will support each individual and their families to meet their community service requirements, while developing important skills for vocational preparation and employment,” she said.

But Opposition Human Services spokesperson Nat Cook has previously said that the success of the current government-run program would be “jeopardised in the name of cost-cutting”.

“The Community Service Order program has been successful in keeping young people out of detention – especially Aboriginal children and young people,” she said last October.

“Why would the government try to privatise a program that’s working?”