It comes as a transport and infrastructure department official today revealed it would cost about $900,000 plus pre and post work.

Despite reports saying a move is possible, the Government has decided to demolish the gatehouse on the corner of Cross Road and Fullarton Road, built in 1890 and linked to the University of Adelaide’s Urrbrae House historic precinct, to make way for a road-widening project.

Engineer Matt Manifold, managing director of Mammoth Movers, was commissioned several months ago to provide advice to the Government on the feasibility of moving the building.

“From a technical point of view, (it’s) completely feasible,” he told InDaily.

His comments follow a study by FMG Engineering – released last week – that also states relocating the historic building “is feasible”. It details how it could be done to minimise damage to the structure.

However, the Government has justified its decision to demolish the building based on this report, telling The Advertiser that the study found that moving the gatehouse was too expensive and likely to be unsuccessful. Transport and Infrastructure Minister Corey Wingard also put out a media release on Friday saying it was “not feasible” to move the building.

Manifold told InDaily this morning: “There are all different routes that could be taken to get to wherever you’ve got to go.”

He said his equipment included “pretty clever technology” to enable the move.

“The equipment is beautiful in that regard in that it’s not a trailer,” he said.

“I think everyone thinks when you’re going to move a building like this it’s going to sit on a trailer. It doesn’t do that.”

Manifold said his moving equipment had independent sets of wheels “and you can point them wherever you need to point them so you can make the building go sideways, forwards, spin around, you can do everything”. 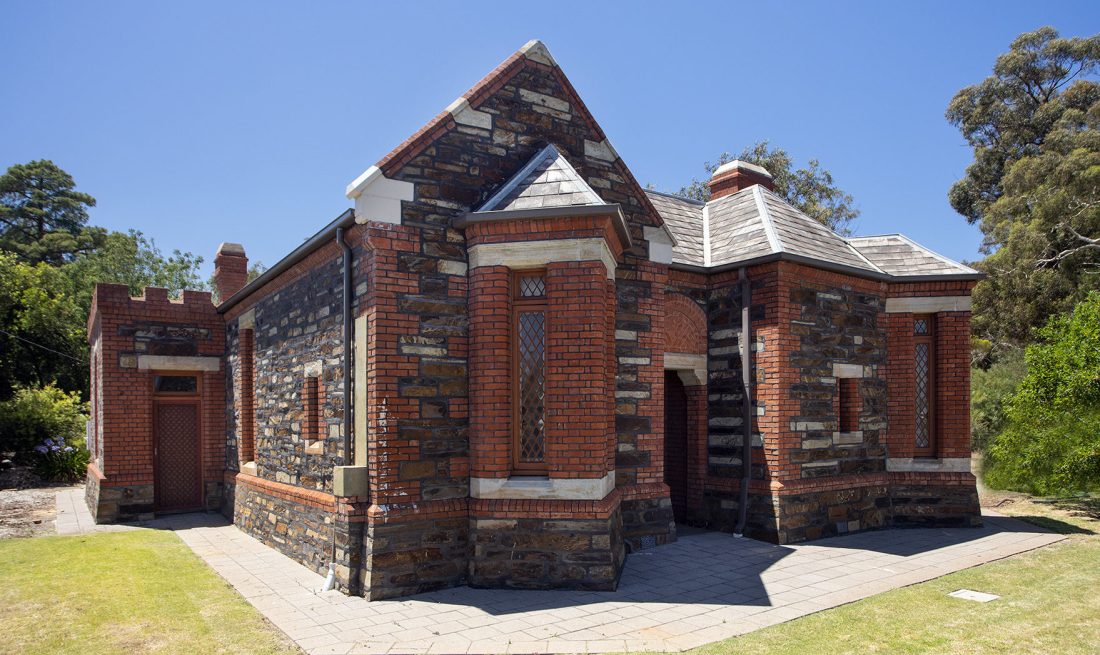 The historic gatehouse on the corner of Cross Road and Fullarton Road is set to be demolished. Photo: Tony Lewis/InDaily

Wingard this morning told ABC Radio Adelaide there were problems with both keeping the building where it is and relocating it, related to losing significant trees and people’s homes.

“If it was retained where it is we would lose 18 homes, if we moved it there were 14 heritage or significant trees I’m told that would have to go and that wasn’t acceptable,” he said.

InDaily asked the minister’s office for further clarification and in a written statement a spokesperson said moving the gatehouse would lead to the demolition of eight significant trees, 20-30 “amenity trees”, with 24-38 trees “potentially impacted”.

“Of the total, there (are) at least 14 trees which have heritage or scientific significance,” the spokesperson said.

Responding to Manifold’s comments that moving the building was feasible, the spokesperson said the details were “commercial in confidence”.

“But in general, moves such as this include exclusions like repairs, responsibility for damage and no warranty for pre-existing structural issues,” the spokesperson said.

“The State Government would also need to do all the preparatory and finishing works.”

The spokesperson said moving the gatehouse “has significant risk as outlined in detail in the report provided last week and the State Government isn’t willing to gamble taxpayer dollars”.

“And as outlined on Friday, leaving the Gatehouse where it is would require the demolition of another 18 people’s homes, the school gymnasium and more trees, which the Minister believes is unacceptable,” the spokesperson said.

Manifold told InDaily: “I’m not sure that 14 significant trees will be knocked over as a result of our move. It may be for the whole project, I’m not sure.”

He said “we can work around” significant trees.

“We need about 15 metres clearance behind the building and to the south of the building,” he said.

“I’d welcome talking to the Minister and or the Department to identify what trees are an issue because we’ve got a lot of flexibility with how we can approach this and I’m sure we can avoid a lot of these particular trees that they’re concerned about.

“If the government is interested to explore this further we need a plan of which trees are significant and then we can just look at it and work through it.

“When we were there we did a quick walk to a proposed site and looking at that there were no major trees that would have to come down – we were able to scoot in between some of the larger trees.”

He also said he was confident he could move the building without any damage and had successfully completed multiple such moves in Australia and around the world.

The gatehouse sits on the University of Adelaide’s Waite campus.

The university’s chief operating officer Bruce Lines told ABC Radio Adelaide this morning “we are not terribly impressed” with the project.

“We are not very happy about the gatehouse being knocked down or some trees being removed,” he said.

“We are the custodians of the gatehouse for South Australia.”

He said there was an “appeal process” underway in regards to the decision to demolish the building and “we intend to exhaust every avenue of that appeal process”.

“We are certainly considering options at the moment,” he said.

“We’ve written to Corey Wingard and some other politicians.”

The Department’s transport project delivery executive director Jon Whelan today told parliament’s budget and finance committee the cost of moving the building would be “$900,000 plus or minus 10 per cent”.

The Department’s chief executive Tony Braxton-Smith said: “The assessment of the department is it’s not overall feasible for us to do anything other than demolish it.” 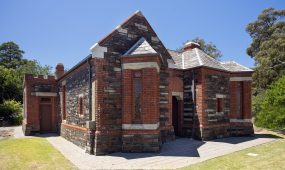 Braxton-Smith agreed the FMG Engineering report said moving the building was feasible but emphasised that was “from a structural point of view”.

He said the report recommended that consideration must be given to a number of issues, “which put us in a position of providing advice to government that it is simply not feasible having regard for all of the circumstances”.

“There’s a lot of ifs, buts and maybes in the rest of FMG’s report that talk about for example two separate extensions and the joints between the different sections… the fact the ceiling is in deteriorating condition, the fact there is rising damp… existing crack damage… and that if it’s moved there may be issues..,” he said.

In a media release put out by Wingard’s office last week fellow minister David Pisoni said “the realisation that retaining the Urrbrae Gatehouse was not feasible was particularly difficult”.