“AVM chose to wait for restrictions to ease before submitting its plans in the hope that viable capacities and workable social distancing measures could be implemented,” he wrote.

He said the Entertainment Centre had been “the most impacted, with an approved Arena ‘end-stage’ capacity of just 3670, when under regular conditions up to 8840 would apply”.

“Similarly, the AEC’s Theatre has a current COVID capacity of just 990 when its regular capacity is 3000,” he said.

“These restrictions are going to continue to make it incredibly difficult to attract major headline acts to the Centre and there appears to be little appetite for the further easing of restrictions for mass gatherings at this time, particularly in relation to major indoor venues.”

It comes as the Government prepares to spend $44 million on an upgrade of the Memorial Drive Tennis Centre – announced in this week’s state budget – announcing today a ten-year contract for the Adelaide International to be held there, along with various other entertainment events, including e-Sports.

This appears to be establishing Memorial Drive as a direct competitor to the Entertainment Centre, after AVM’s bid for a new standalone city stadium was put on ice this year amid the coronavirus pandemic.

But Kirchner told InDaily today AVM “was, and remains, supportive of the Memorial Drive Upgrade”.

“The Government and Tennis SA consulted AVM in regards to the project and we supported the project,” he said.

“In terms of current restrictions, AVM is confident that capacity will return to pre-COVID levels – it’s just not going to happen as quickly as we’d like.

“In any case, if restrictions were not to be lifted in the longer term, which we consider is highly unlikely, then it adds weight to the merits of investing in additional space/capacity to achieve commercially viable events.”

His briefing to staff pointed out the AEC was hosting events this week, including a charity basketball match tonight and an Adelaide 36ers vs Brisbane Bullets preseason trial game tomorrow, will seating organised in a  ‘checkerboard’ format with a capacity of up to 4715 – down from the regular 9432.

“Coopers Stadium will also operate in a ‘checkerboard’ seating format but capacity has been restricted at this time to just 7490 (Regular 16,498) with no standing room tickets being permitted,” Kirchner said.

“The A-League season is scheduled to commence on December 27, with the first game at Coopers expected to be held early in the new year.”

He said the Adelaide Convention Centre’s “core business also continues to be hamstrung by COVID restrictions, but [we have] been able to secure a healthy run of local market functions in the run-up to Christmas thankfully”.

AVM this week unveiled an early Christmas present for clients and staff who have spent much of the year furloughed: an upbeat video dance number to the tune of The Four Seasons’ “December, 1963 (Oh, What A Night)”, featuring several AVM staff, including Kirchner himself and a dance routine by corporation chair Bill Spurr. 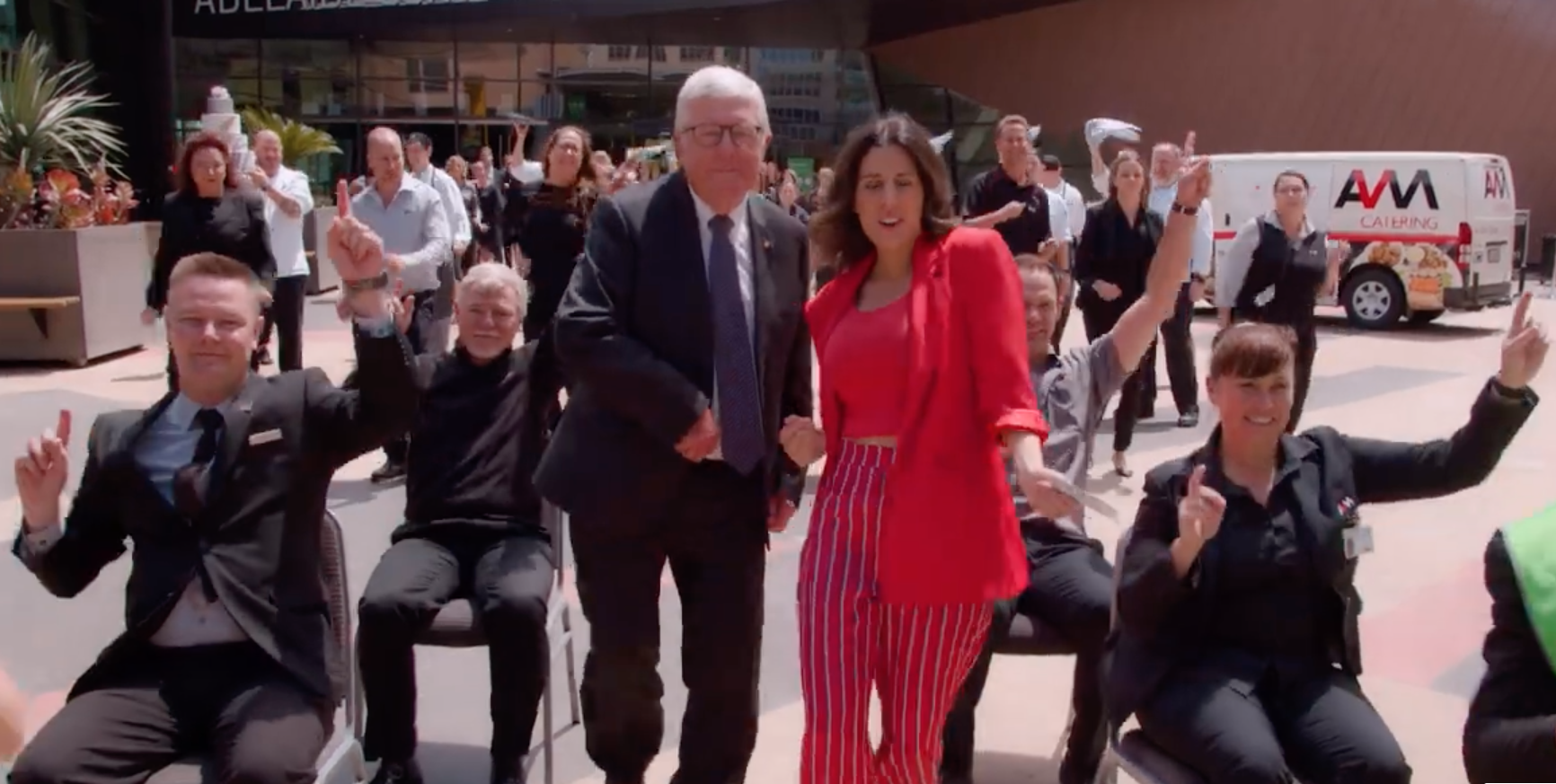 In an accompanying blurb, it says “2020 has been a year like no other and our team at Adelaide Venue Management has missed seeing guests in our venues” but “our staff had a bit of fun putting together this short video, with help from Adelaide-based singer Chloe Castledine”.

Around 850 casual staff were stood down by AVM in March, with Kirchner telling InDaily “approximately 50 per cent have resumed working in a significantly reduced capacity given the continuing impacts of COVID”.