The outgoing Premier’s Department boss has become among the most influential public servants in SA history in the past 12 months with coronavirus-prompted emergency powers transferring unprecedented authority to the SA Transition Committee, which he chairs.

Reade, who has led Bank SA and the Westpac Group in SA since 2014, told InDaily he understood the Transition Committee responsibilities “will be maintained”.

Reade, who will take up the role in February, said there were “a lot of stakeholders involved” and he would be “I’ll make the right decisions for all stakeholders”.

“You’ve got to make the right call overall, as I would in a corporate role,” he said.

Reade has been prominent in public debate, having taken a leading role in the banking sector’s fight against the former Labor government’s proposed bank tax.

He said he had a long background in innovation and digital transformation, as well as small business.

“I understand small business really well, what makes them tick.”

Reade, like McDowell, is expected to take a pay cut in the DPC role, saying: “I’m a proud South Australian… and the end of the day I’m motivated by making a difference [and] the opportunity to make the state stronger in all regards”.

McDowell has formerly led BAE Systems Australia and was Chancellor of the University of South Australia when he was head-hunted for the Premier’s Department role on a five-year contract.

“I’ve had two and a half years in the public service and 40 years in the private sector so I’m just returning to my natural habitat,” he told InDaily.

“It’s just my natural habitat – where I belong.” 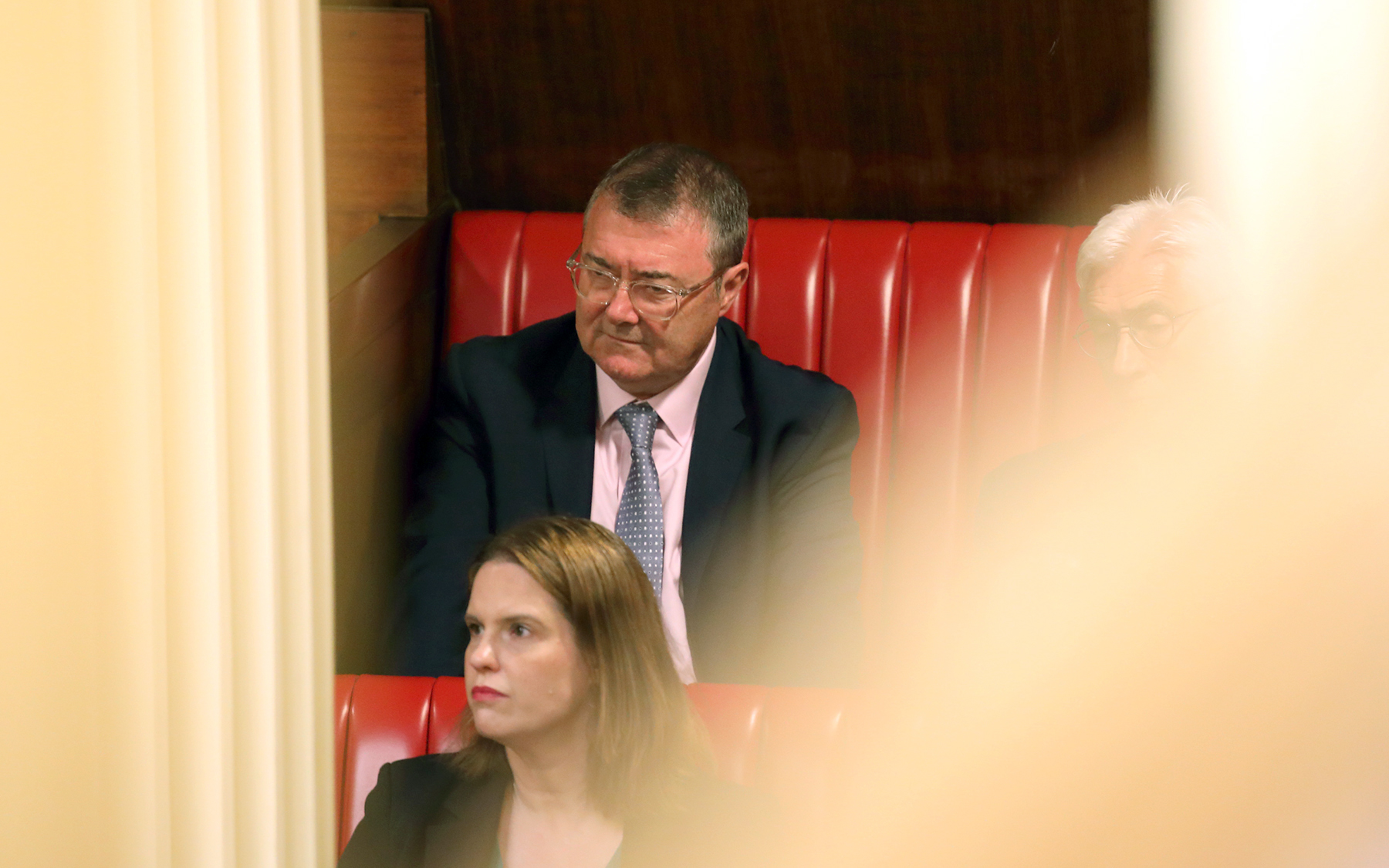 Jim McDowell at the opening of parliament in February. Photo: Tony Lewis / InDaily

He said he had “done what I said I was going to do” in terms of his public sector foray, and “I think I can contribute more to the state in the current environment, in terms of economic advancement” in his new role.

“I think we’re in an economic building era coming up,” he said.

He said he had “absolutely” helped oversee cultural change in the SA public sector, “particularly so in the department”.

“The wider public service is a bit more difficult, but the only way to so something as big as that is with lots of little changes – and through that you get bigger change,” he said.

“And we’re well on the way to making lots of little changes.”

Asked about his approach to leading the department’s staff, Reade said: “To be honest I’ve yet to meet too many [but] I’m sure there’s a lot of good people and I look forward to working with them and leading them.”

“I’m an open leader, I like building strong teams,” he said.

“I’ll assess all that when I start in the new year.”

Marshall told InDaily the new appointment was “a good outcome for SA”.

“I’m absolutely delighted – Nick’s got a great background in IT, digital systems and consumer focus and satisfaction,” he said.

“These are critical areas for the ongoing transformation of the public service in SA, and he will build on the work Jim McDowell has already done.”

He labelled McDowell an “extraordinary Chief Executive”, praising “his leadership during COVID-19”.

“He was the one I asked to help me choose the CE, and when we couldn’t find the person we wanted I jokingly said, ‘you’re going to have to take on the role’,” he recounted.

“He’s been very generous in helping us transition into government.”

Marshall said he “knew the time was coming” that McDowell would return to the private sector.

“I thought it would probably come a bit earlier,” he said.

“It’s been great working with him and we wish him all the very best.”

Whalley said in a statement McDowell was “the right person to lead Nova into the future, ushering in an exciting new chapter of the company’s long and proud history”.

“He has a proven record of leadership and a breadth of business experience that we believe is critical to lead Nova, including the ability to forge major client relationships and a commitment to our people and the behaviours we want to emulate.”